Pavonia for hummingbirds - a cinch to grow!

While it certainly never made headline news, just lately, the Hibiscus family (Malvaceae) became much larger than it used to be. Originally containing a vast array of components found on every continent (except of-course Antarctica), members include not only all the thousands of registered tropical fancy Hibiscus hybrids, but also fiber producers such cotton, and edible things like okra and the "cranberry hibiscus" (H. sabdariffa and H. acetocella), as-well-as the "salad Hibiscus" (H. cannabinus) and many others.

However, more recently utilizing high-tech molecular techniques not available in the past, botanists have decided that the Hibiscus family should also contain the super giant Kapok and Baobab trees as well. To me, this already omnibus group is now nearly beyond comprehension!

Hiding within this seemingly endless list of species are a number of more obscure ornamentals which truly deserve to be better known and appreciated. One of the first that comes to mind is a small tropical "shrublet" called Pavonia multiflora, the "Brazilian Candles" plant.

Like it's close relative the Turk's Cap (Malvaviscus), the flowers of the Brazilian candle are also designed to be visited and pollinated strictly by hummingbirds. The narrow, upright, barely opening tubular flowers present a display any hummingbird can truly appreciate. While our eyes simply see a dazzling combination of reds, violet, and blue, the super-vision of those tiniest of birds perceive several more colors in the infra-red and ultra-violet spectrum, visible only to them and certain insects. Sort-of like electric lights along Times Square flashing "HERE I AM"!

Best of all, these small yet stunning plants, generally only two or three feet tall, can be cultivated easily either outdoors year around in warmer climates, or as potted indoor plants, given a bright window. Under any reasonable conditions, they basically flower constantly.... and are so distinct and eye-appealing that they rarely fail to attract glowing comments from visitors who have never seen this species before (which is basically everyone :).

I happened to give one several years ago to a friend living in the mountains of Tennessee for use as a houseplant. She adores it, and had it originally growing and flowering beautifully behind a bright sliding glass door in her kitchen. One summer morning, she happened to hear tiny tapping sounds from the glass door. Upon examination, there was not one, but two hummingbirds attempting to get to the flowers just inside. She decided to move the plant outside so that the birds might actually get to the flowers. As soon as she opened the door, both of the birds immediately flew inside and began feeding on the flowers! 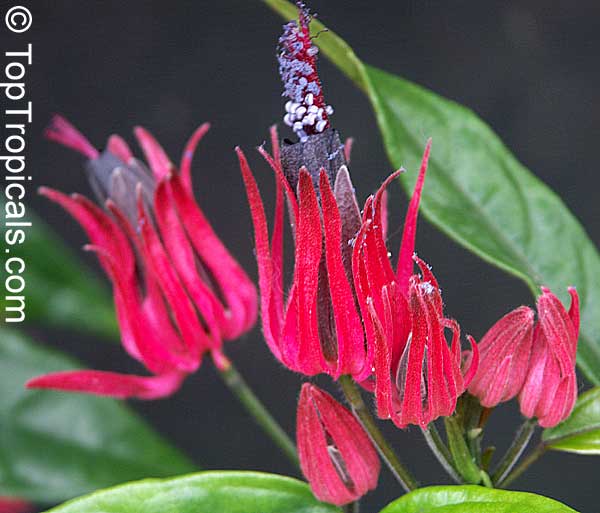 After systematically visiting every open flower, they left as easily as they came in. She then moved the potted plant outdoors onto the adjacent patio, and now enjoys her morning coffee in the summer watching the hummingbirds feeding from her rare Pavonia during those warmer months. In the autumn, it is brought back inside and even decorated for the Christmas season!

Just like other members of the flowering Hibiscus group, Pavonias prefer a fertilizer which is relatively low in Phosphorus, so a balanced fertilizer suites them perfectly, as-well-as regular "pinchings" to keep them bushier, with more branches and flowers. Durinf flowering period, you may add some Bloom Booster.
Otherwise, Pavonia's are a cinch to grow, and well worth the little time they need.

Photographs seemingly do no justice to just just how awesome this Pavonia is!!!  My son tells me that's because modern digital cameras are simply not able to grasp the depth and complexity of the colors that the flowers present. 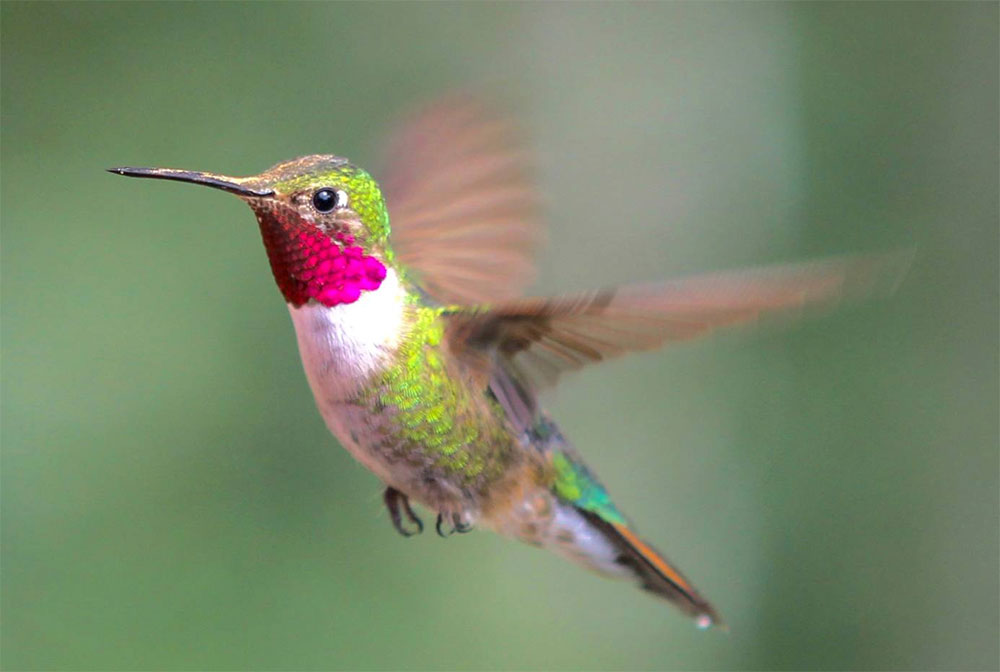