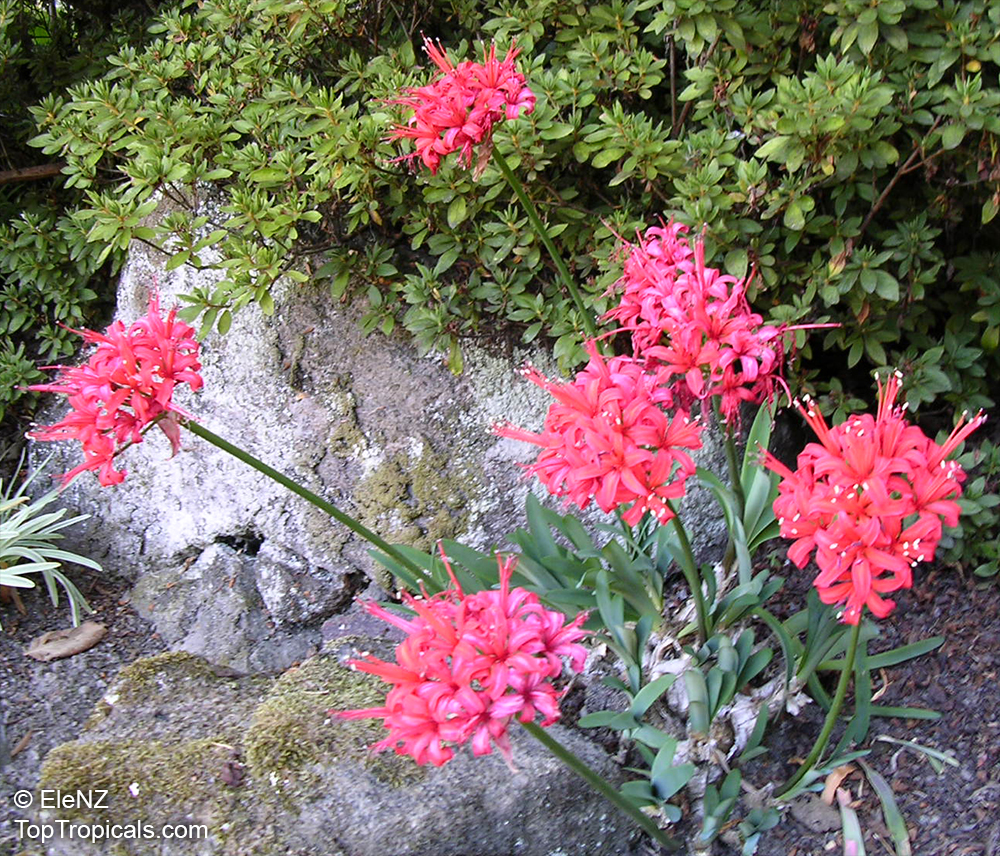 Outside of their native habitats, nerines are best grown in pots. When in active growth, they need full sun to light shade for good flowering. Pot in a somewhat gritty mix that allows good drainage but which will protect the bulb from excessive dehydration during its dry dormant period.

An interesting aspect of the culture of nerines is that many of the species do not need much fertilizer.

Nerine sarniensis is widely considered to be the most beautiful of all the nerines, and it has an equally colorful history. The often-told, but unlikely tale of how boxes of bulbs of South Africa's most famous Nerine, consigned for Holland, were cast away from a sinking ship in 1659 and took root and flourished on the shores of Guernsey in the Channel Islands, has become something of a botanical legend. Whatever the truth is regarding the arrival of Nerine sarniensis on Guernsey, its bulbs have been cultivated there for more than three centuries, and continue to be grown there for their cut flowers. 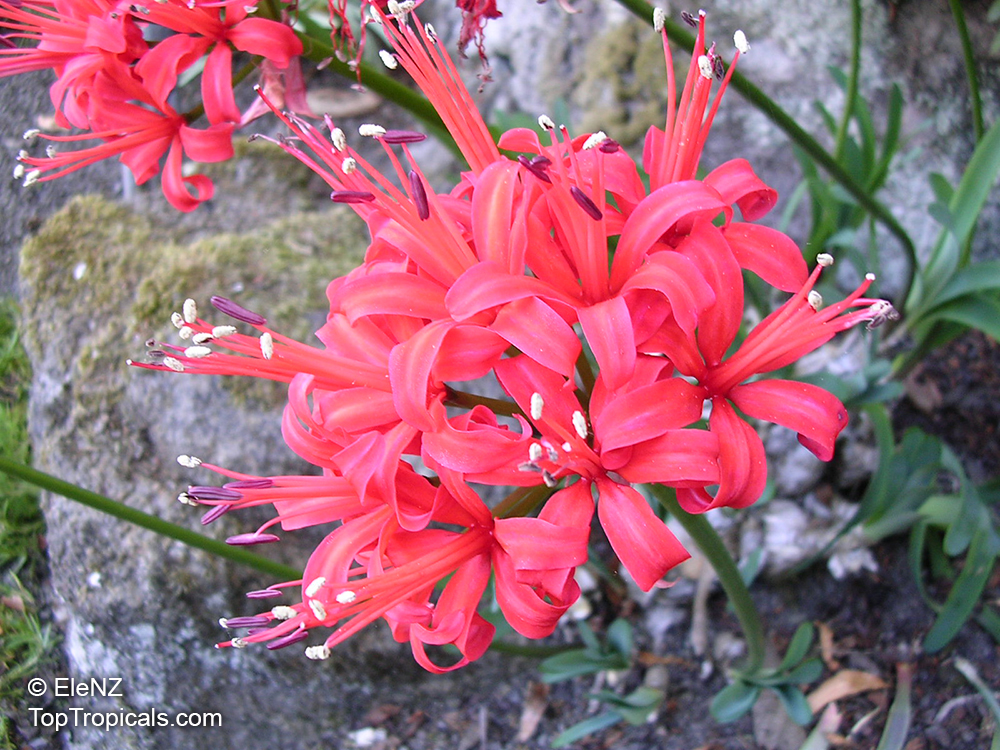 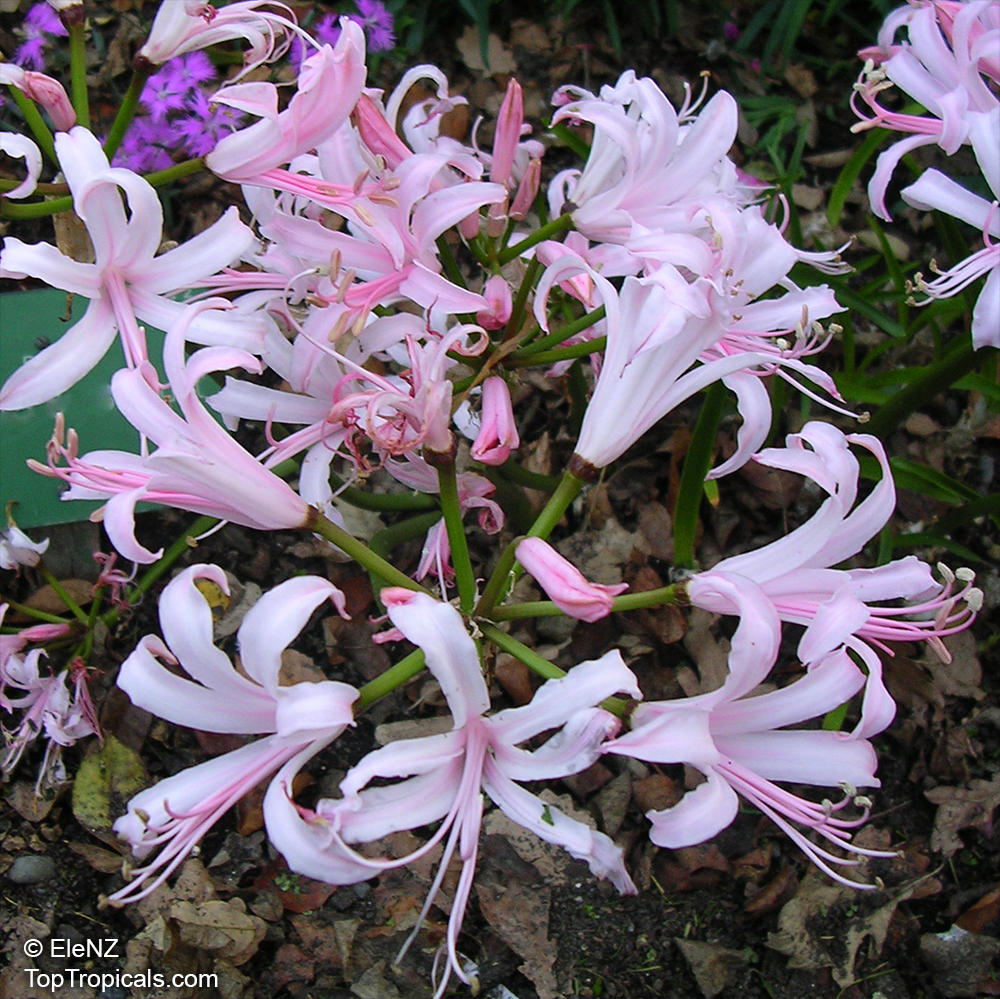 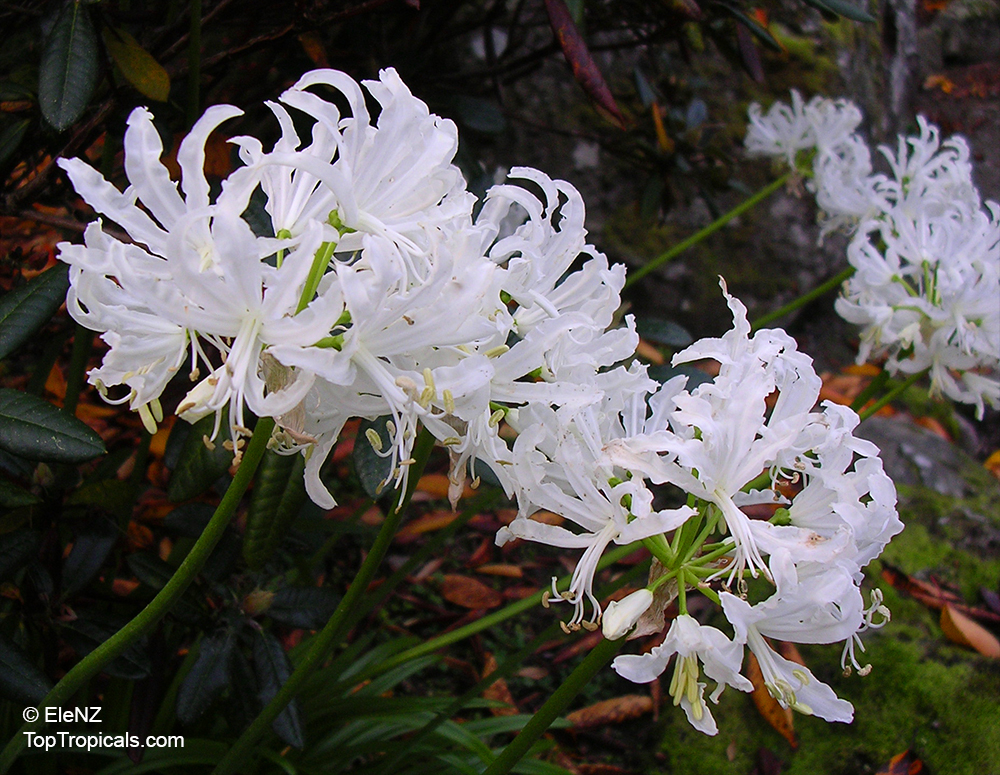 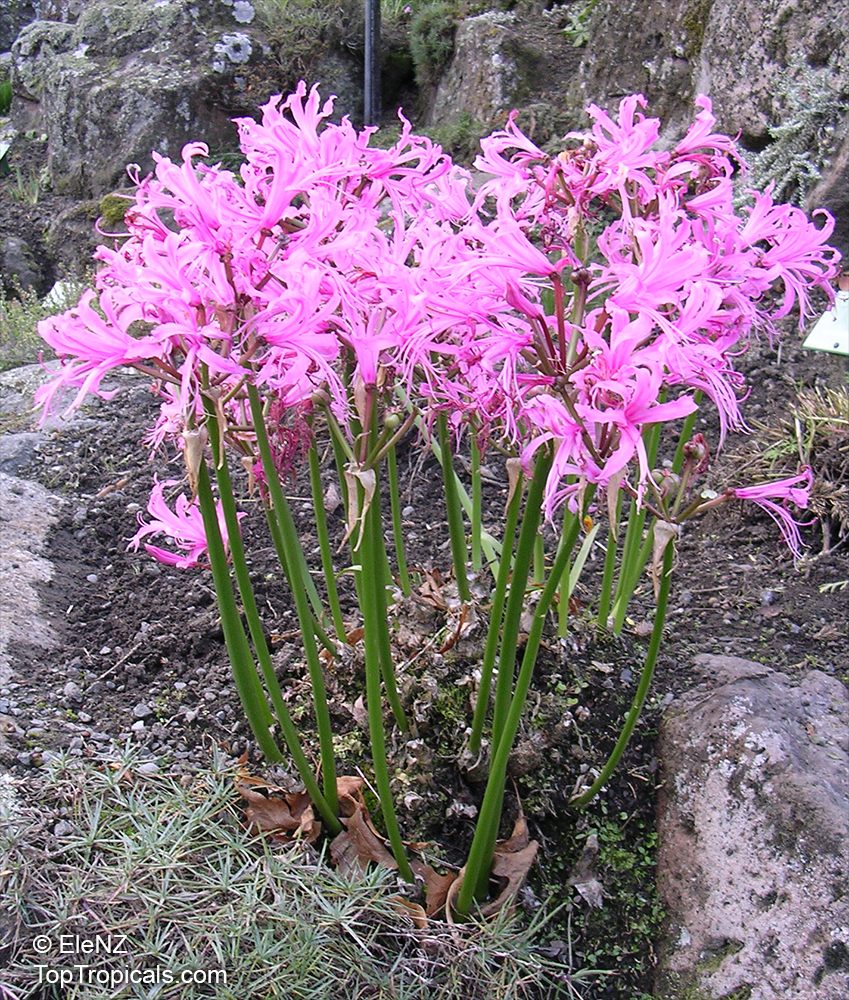