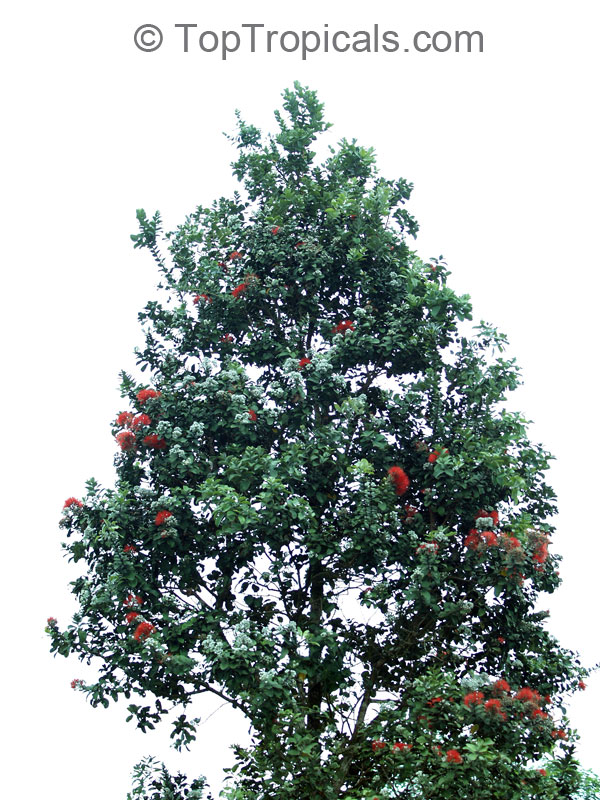 It is Hawaiian endemic plant, a pioneer species that is one of the first invaders of disturbed areas. The plant is valued for its abundant flowering and compact, upright form. It blooms in spring and summer, but can bloom sporadically throughout the year. Ohia Lehua is a very slow-growing evergreen plant which forms are extremely variable, ranging from creeping or erect shrubs to spreading or tall trees. Under favorable conditions trees can grow as tall as 30 ft or more; however it may take many decades for them to grow that high. New leaf growth is often pink or reddish. The showy flowers are usually red with numerous stamens 0.5-1 inch long forming tufts at the branch ends. Forms with flowers that are orange, salmon, pink, white, or yellow are available, as well as weeping and variegated forms, but few selections have been named.

Ohia grows best in cool uplands but also does well at sea level. It has good wind tolerance and some tolerance of salt; it is very tolerant of volcanic fumes. It is known to be hardy to about 20 degrees F for a short period of time.

The plant can be used as a single specimen plant or as a background, windbreak, or hedge plant. Ohia is the official flower of the island of Hawaii.

Ohia has been used in Hawaiian culture for statuary, spears, and mallets. The flowers are considered sacred to the Goddess Pele and are popular for leis.

The tiny seeds are contained in a cup-like capsule about 1/4 inch in diameter. The capsule turns brown as the seeds mature. Collect the seed capsules when they are mature, but before they split open. Put the them in a paper bag or envelope and keep them dry. When the capsules open, the minute dust-like seeds will fall out.

We have this item for sale
Image gallery: 25 images 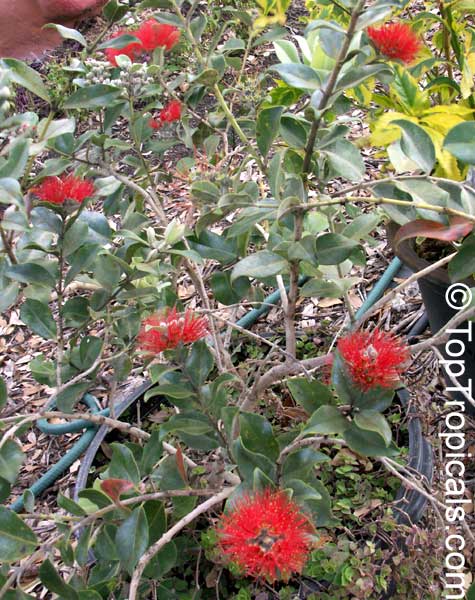 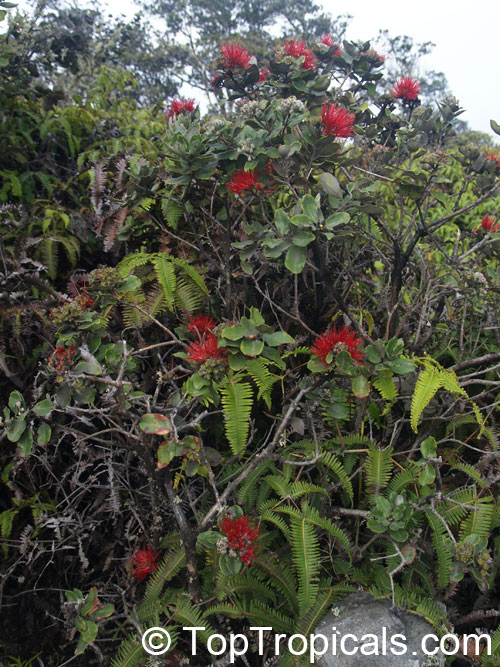 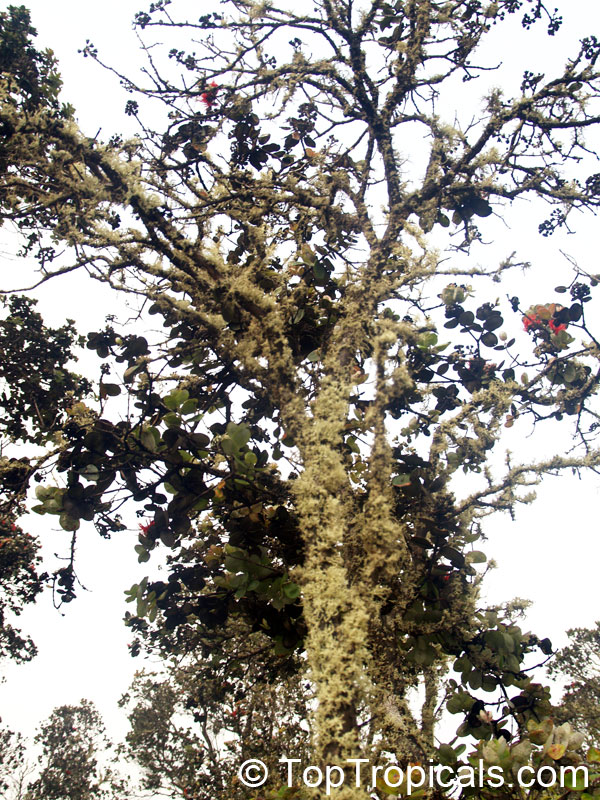 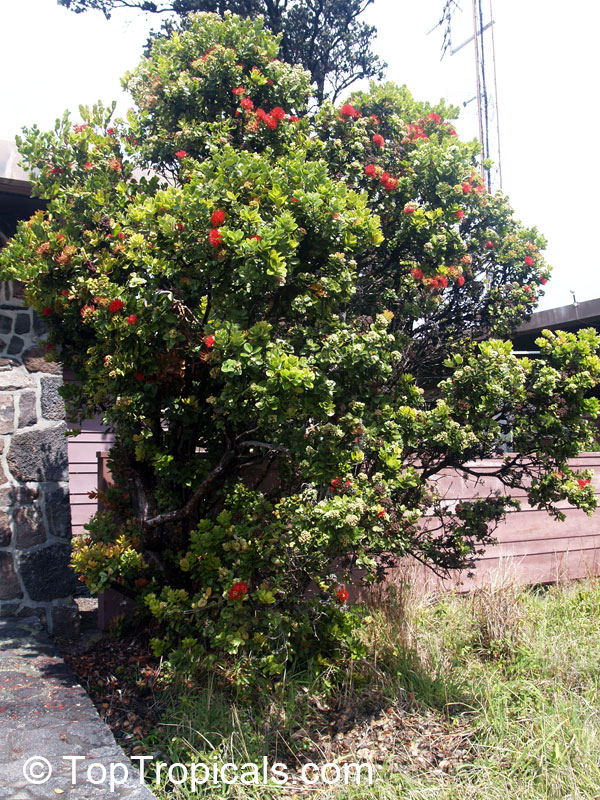 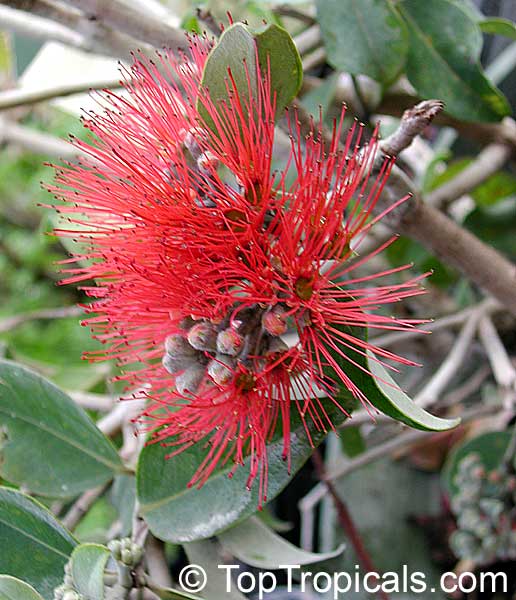 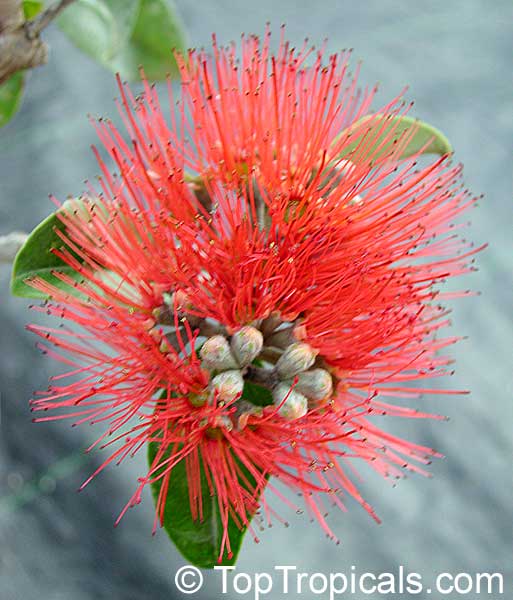 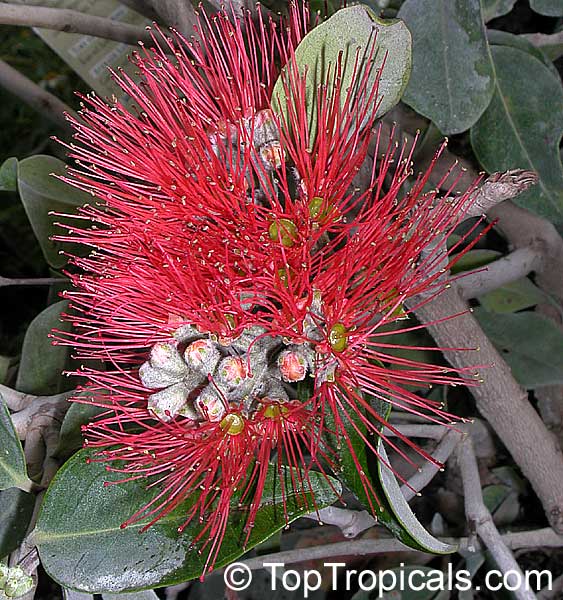 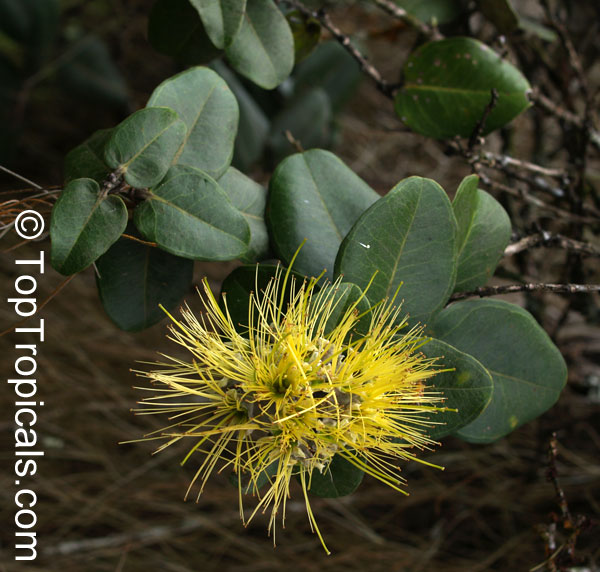 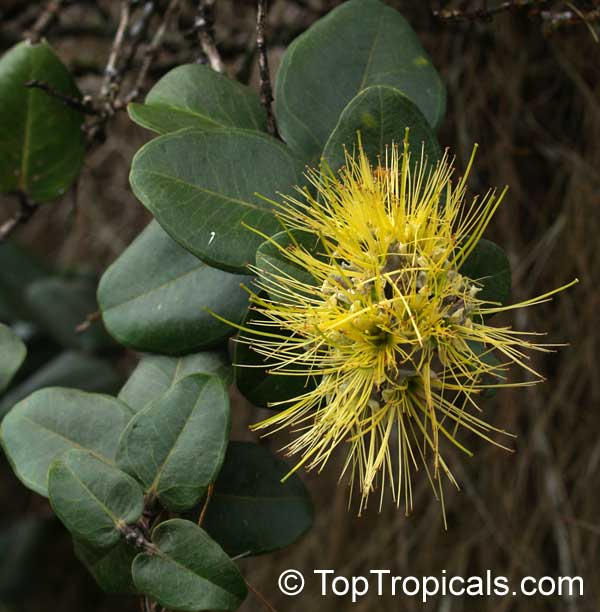 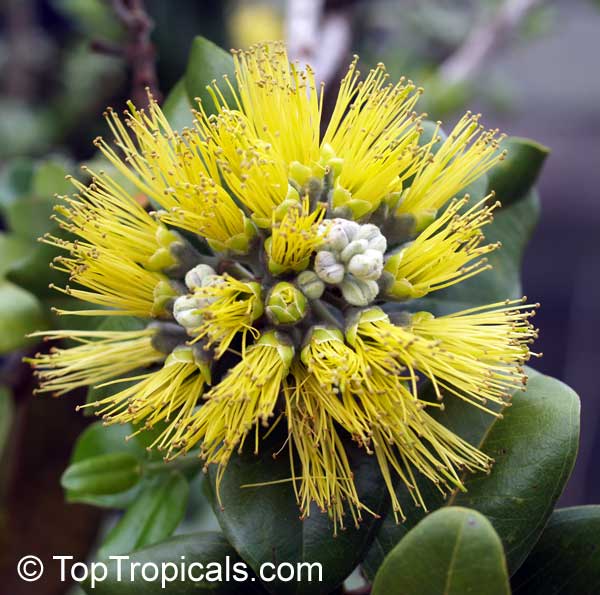 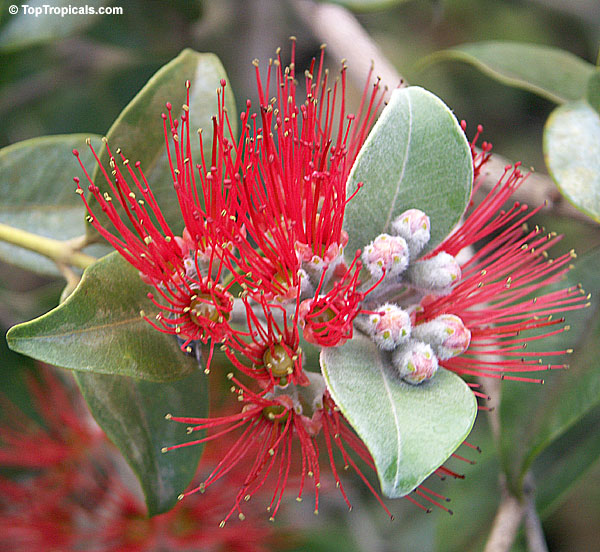 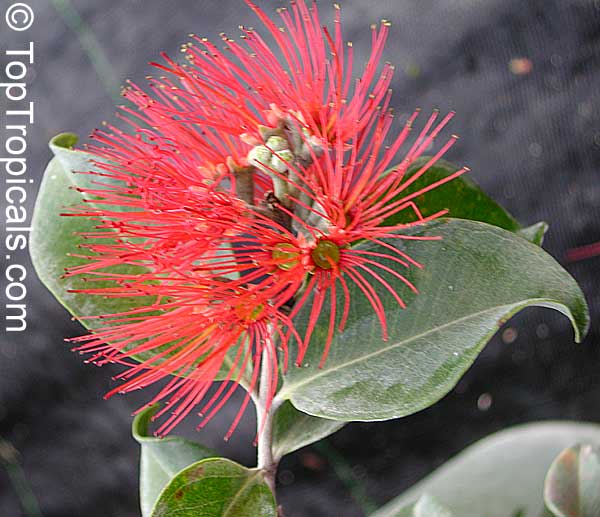 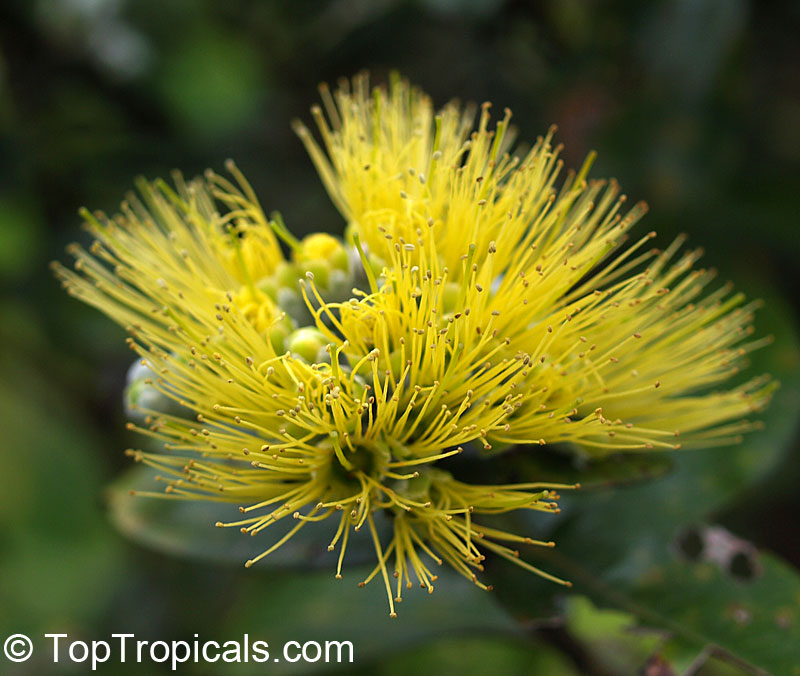 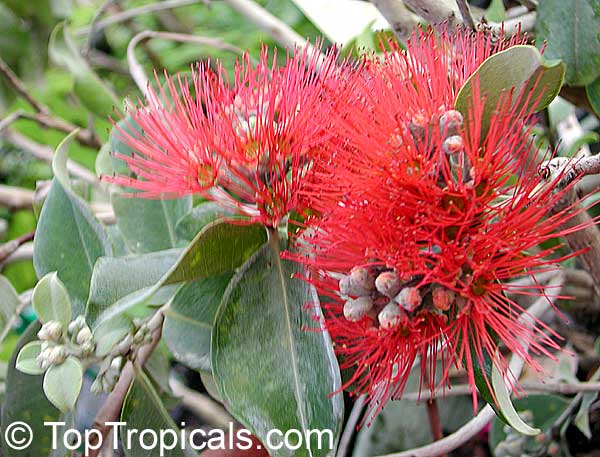 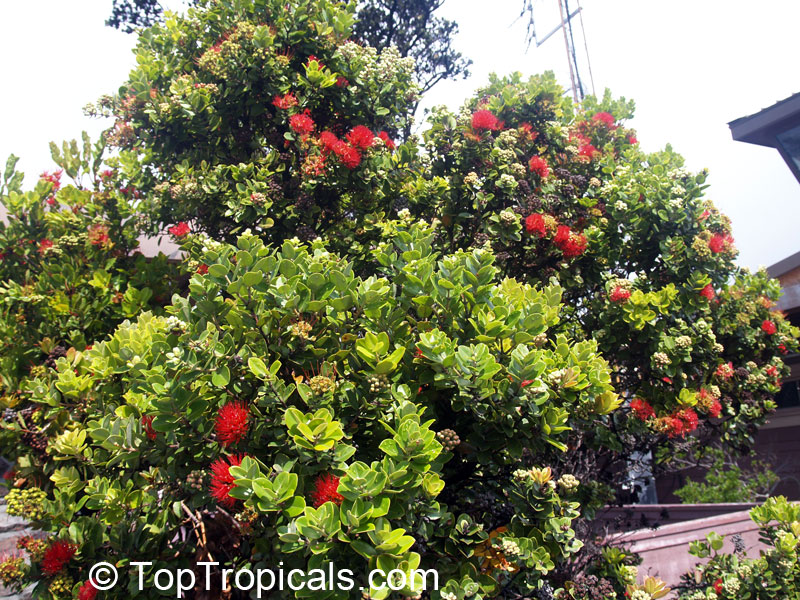 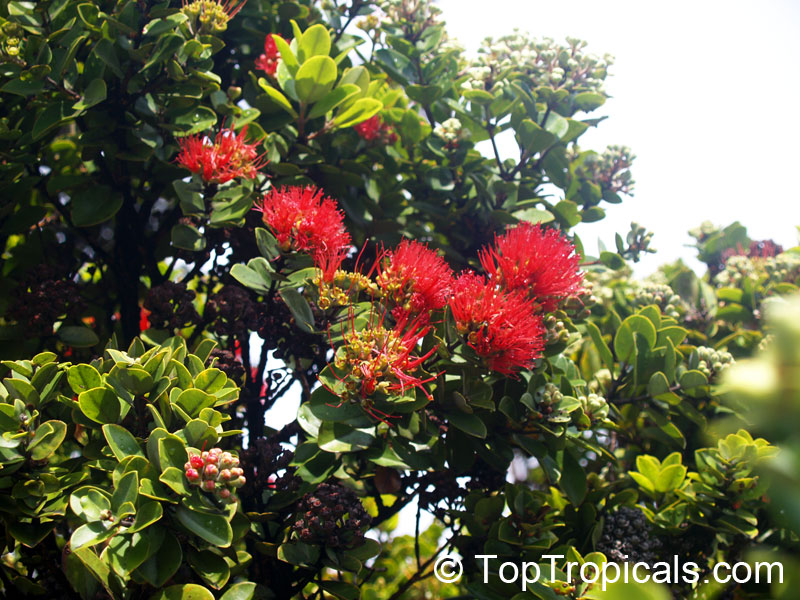 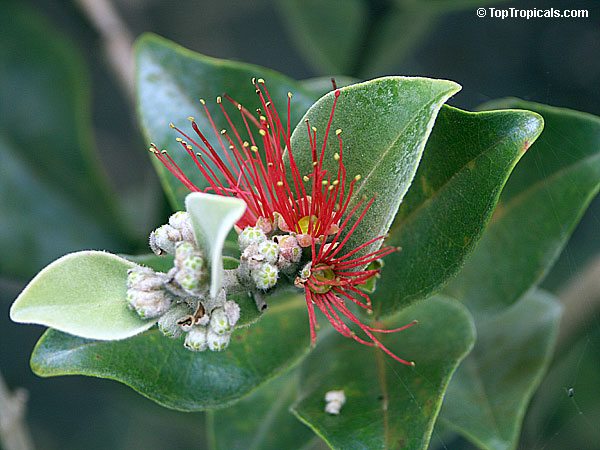 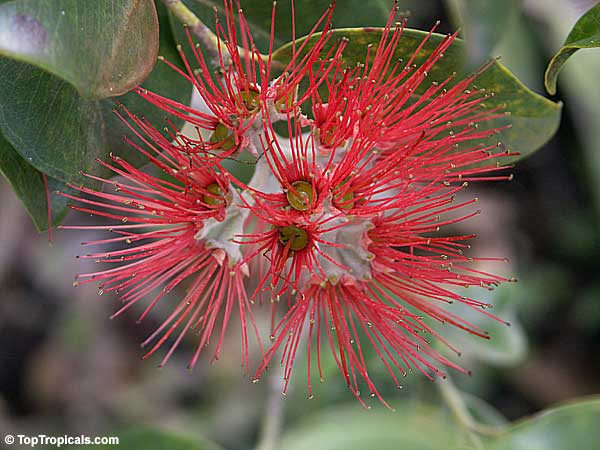 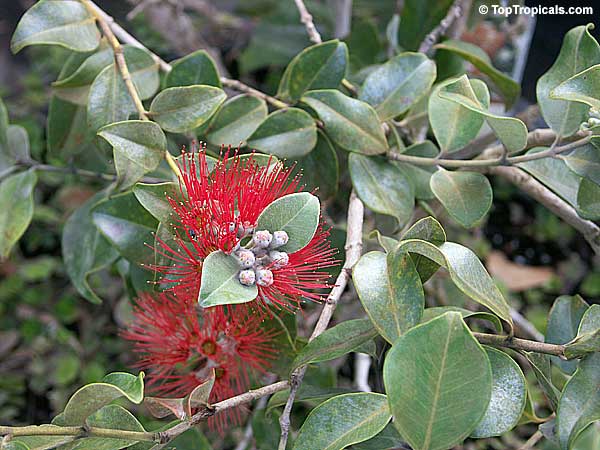 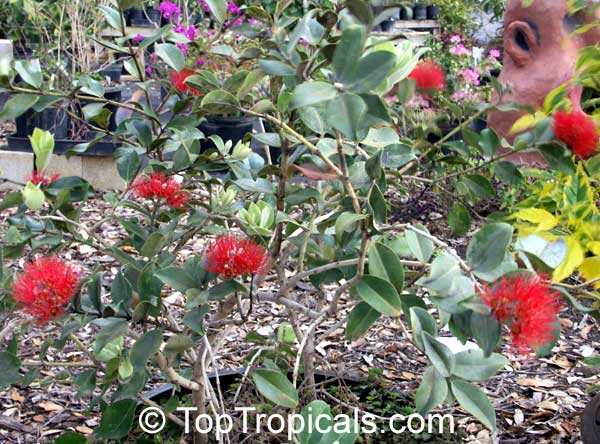 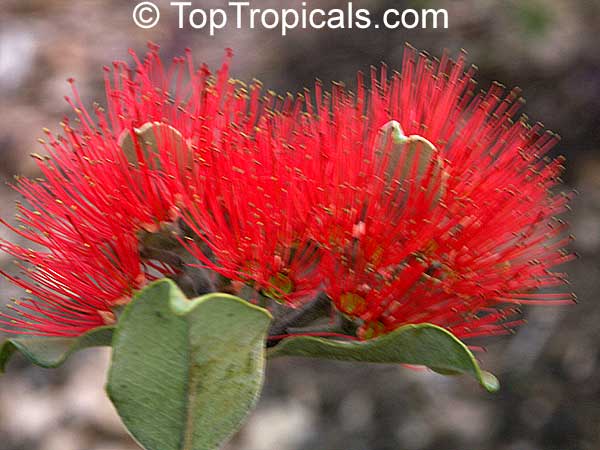 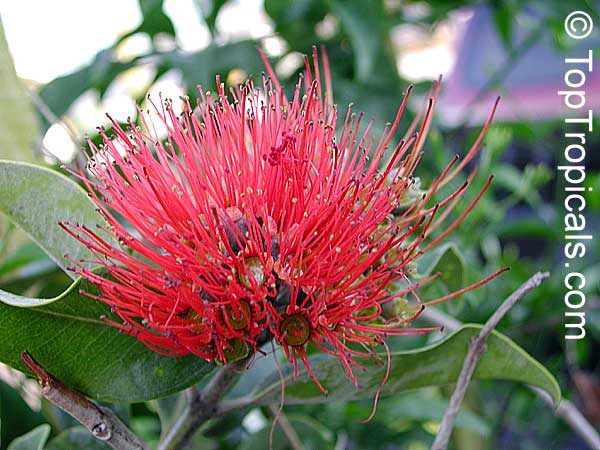 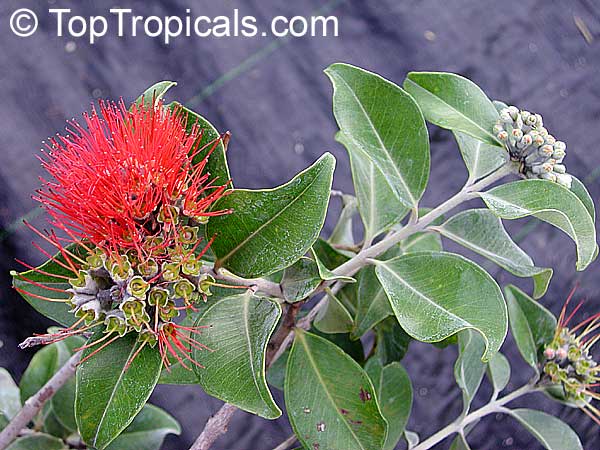 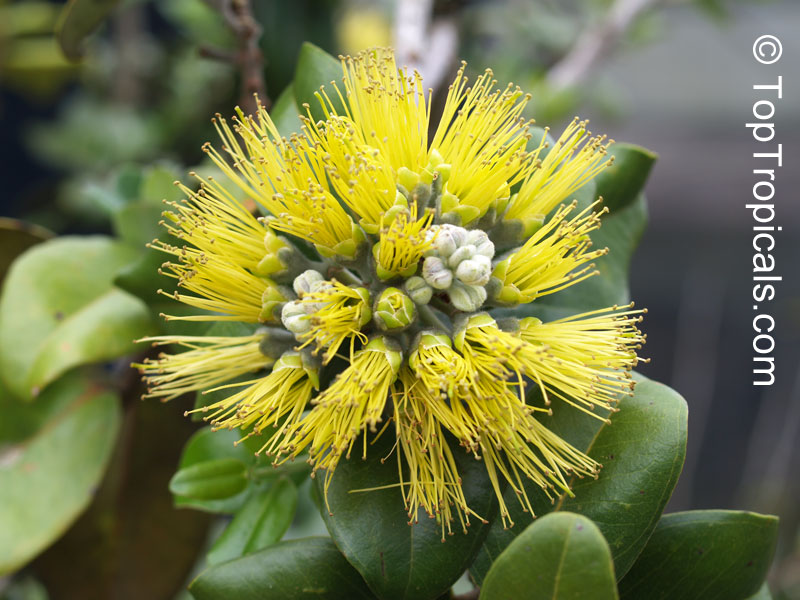 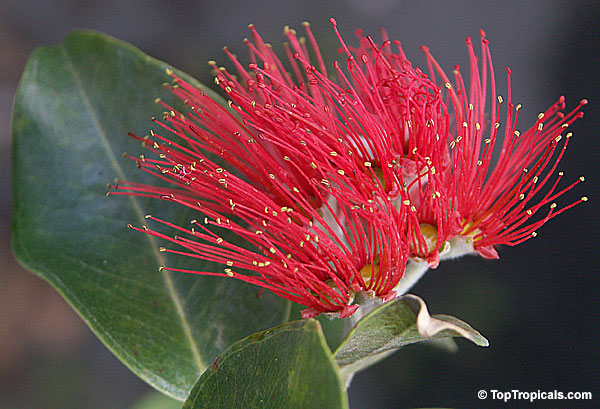