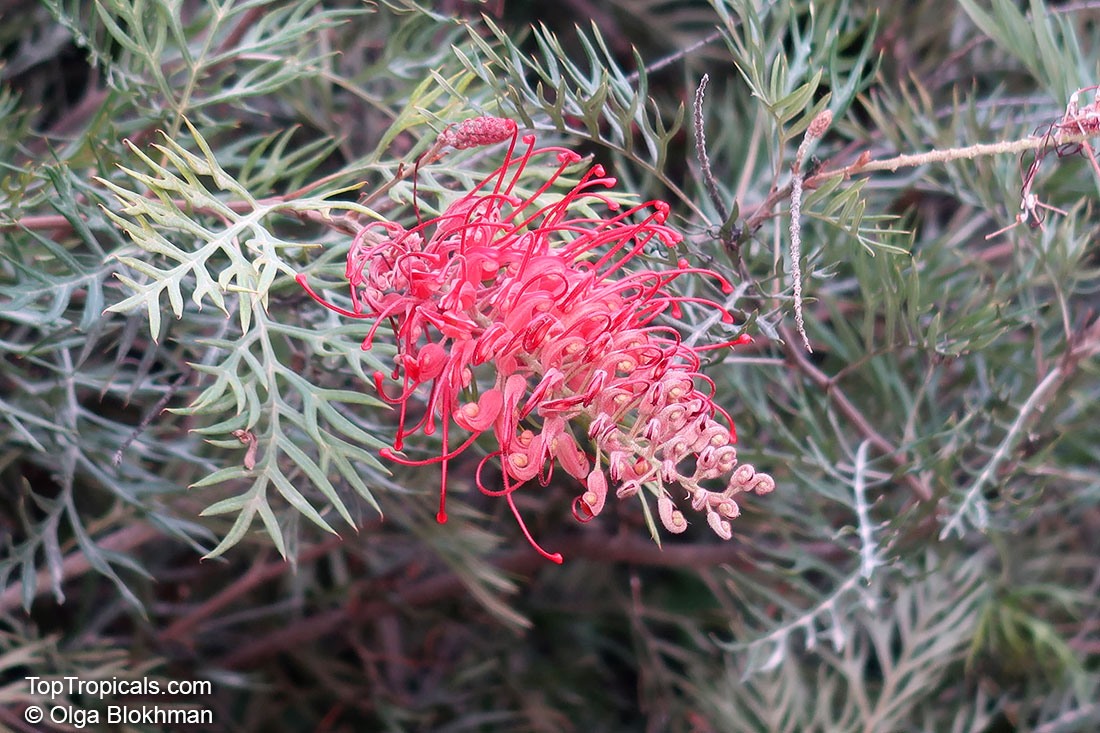 The Robyn Gordon Grevillea is a large shrub ranging from 5-10 feet tall, native to Australia. It has attractive foliage that is soft and feathery with a grey-green color, and is especially known for its red and crimson vinous flowers, which serve to attract an array of butterflies and hummingbirds. This plant thrives in areas with full sun and semi-shade and moderate amounts of water. It can be grown in USDA Zones 9-11.

If you are growing the Robyn Gordon Grevillea in a pot, then it is important to keep in mind that you should use a good potting mix. It is a good idea to repot the plant every spring and replace some of the old soil with fresh. The plant should also be pruned by shortening the shoots after flowering. In addition, during the cooler months of October through April, the soil should be kept moderately moist, and during the summer the soil should remain constantly moist.

The hybrid Grevilleas named after the three daughters of Dave Gordon (creator of Myall Park Botanic Garden in Queensland, Australia) have been extremely successful, with Robyn and Sandra Gordon Grevilleas being widely represented in Australia.