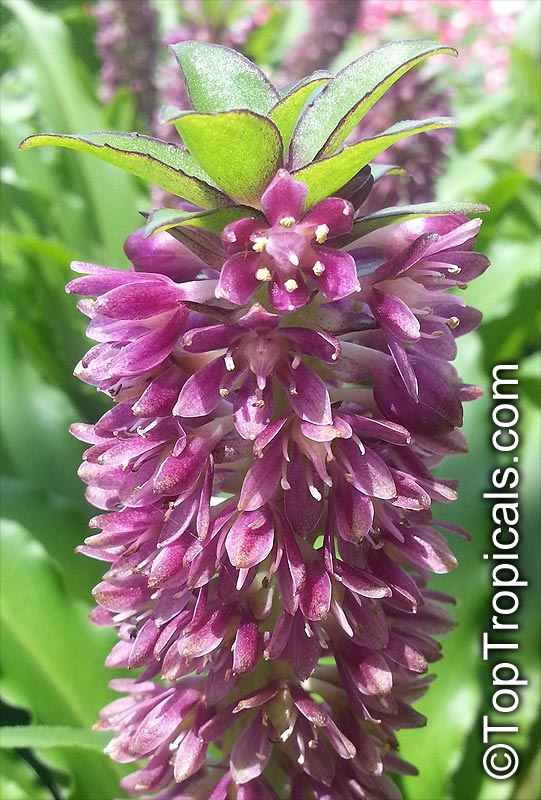 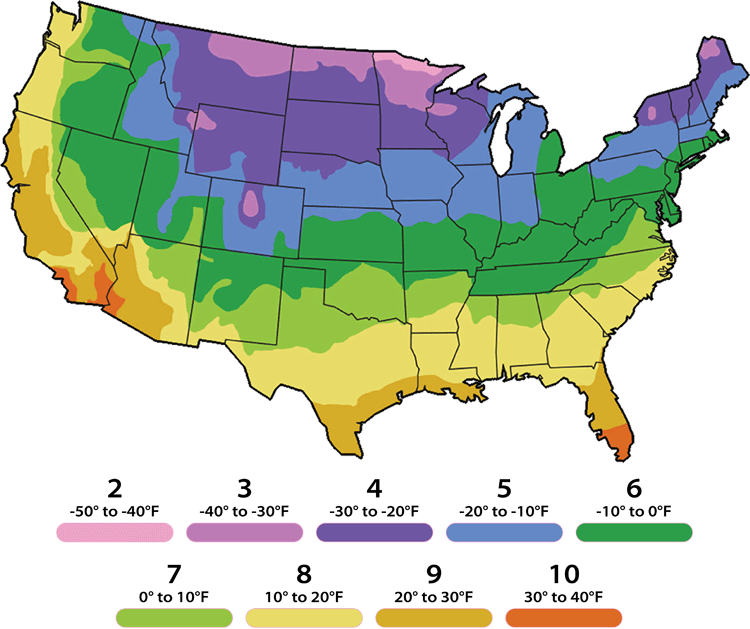 The pineapple lily (Eucomis comosa) grows from a large bulb that is usually purple in color, forming a small compact shrub up to 2-5 feet tall. It is tolerant of full sun or semi-shade and requires moderate watering. Its ornamental foliage produces fragrant, pink, or off-white, bell-shaped flowers in summer. The flowers are followed by an attractive, pineapple-like head of seedpods in late summer.

For optimal growth, the pineapple lily should be grown USDA zones 7-10 in well-drained soils, amended with organic compost and a slow-release fertilizer. They can be grown in containers in regions with colder climates, however they should be given extra care and protection during the winter and brought indoors. When grown in containers, the soil should be kept moist and the pot should be kept in an area with indirect sunlight.

These plants are often used for ornamental purposes in gardens or for cut flowers. For cut flowers, the stems need to be cut in the morning when the flowers are fully open. The pineapple lily is a perennial and can live for several years.

It is an ornamental plant with numerous cultivars, varying in color from forms with white flowers and little or no purple on the leaves, to forms with deeply colored leaves. The leaves usually have purple spots and may have an overall purple tinge. Eucomis comosa var. striata has purple stripes. Some cultivars have a pleasant coconut-like scent. 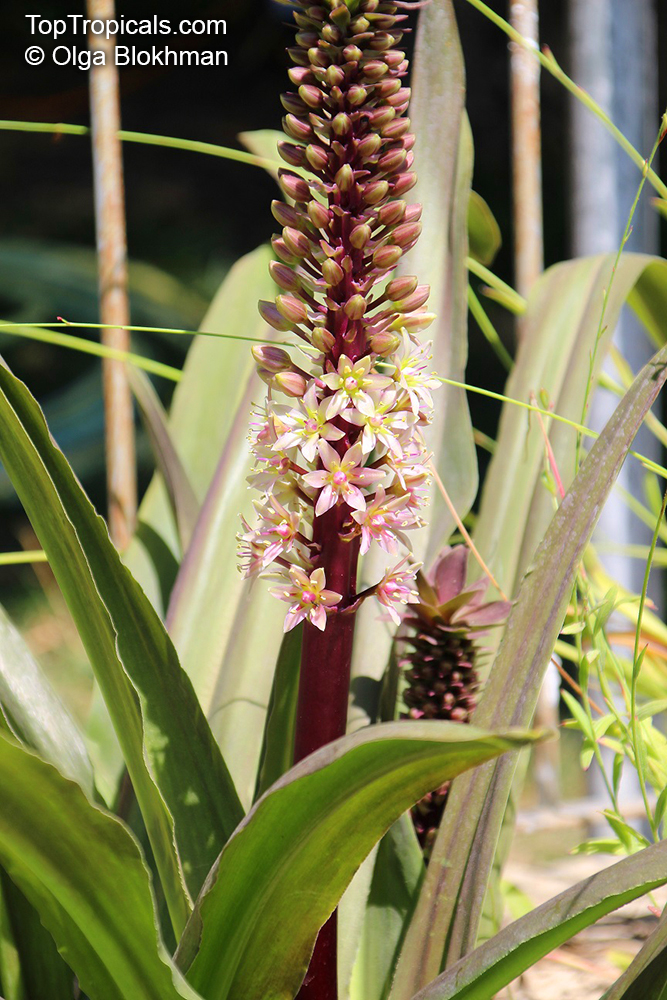 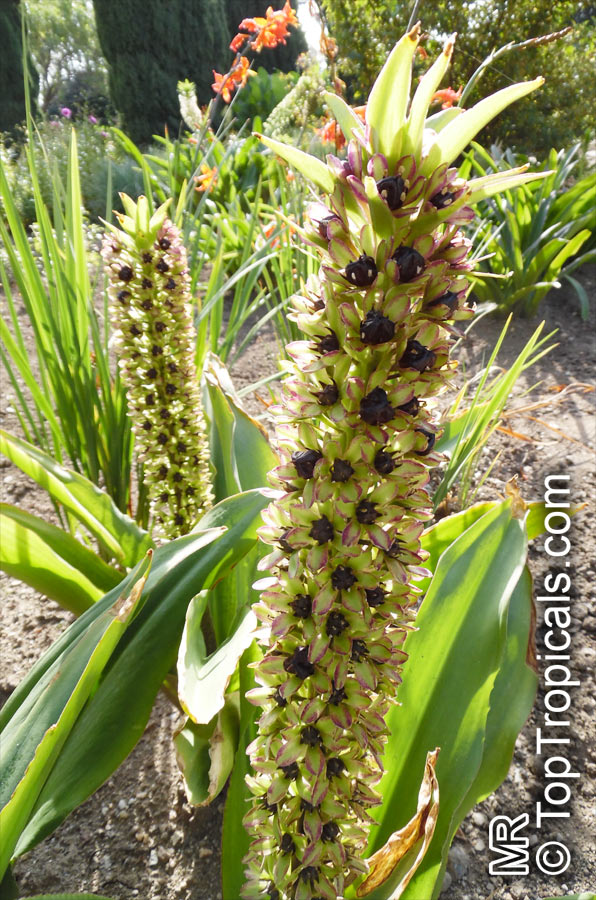 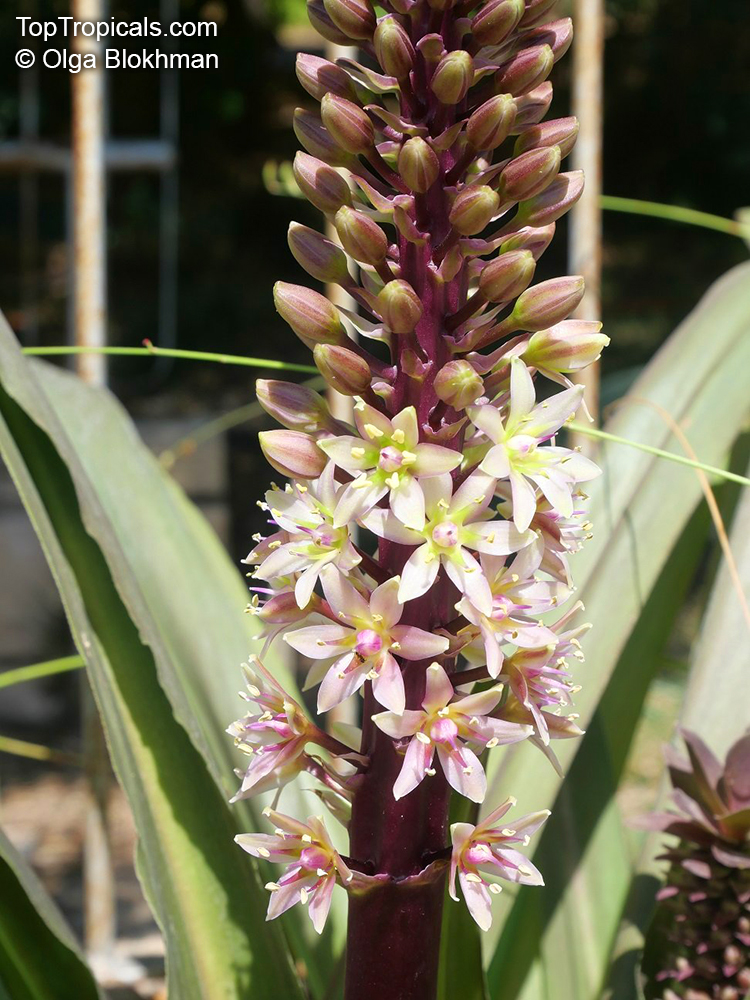 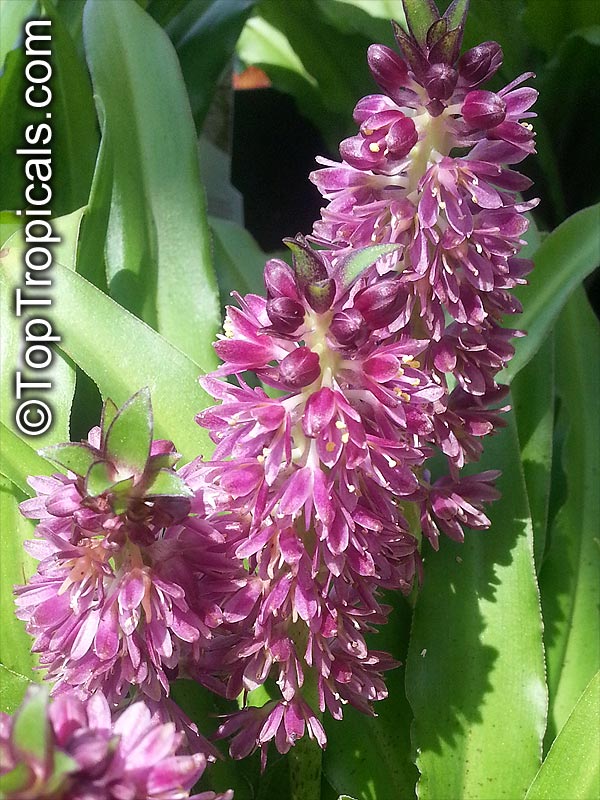 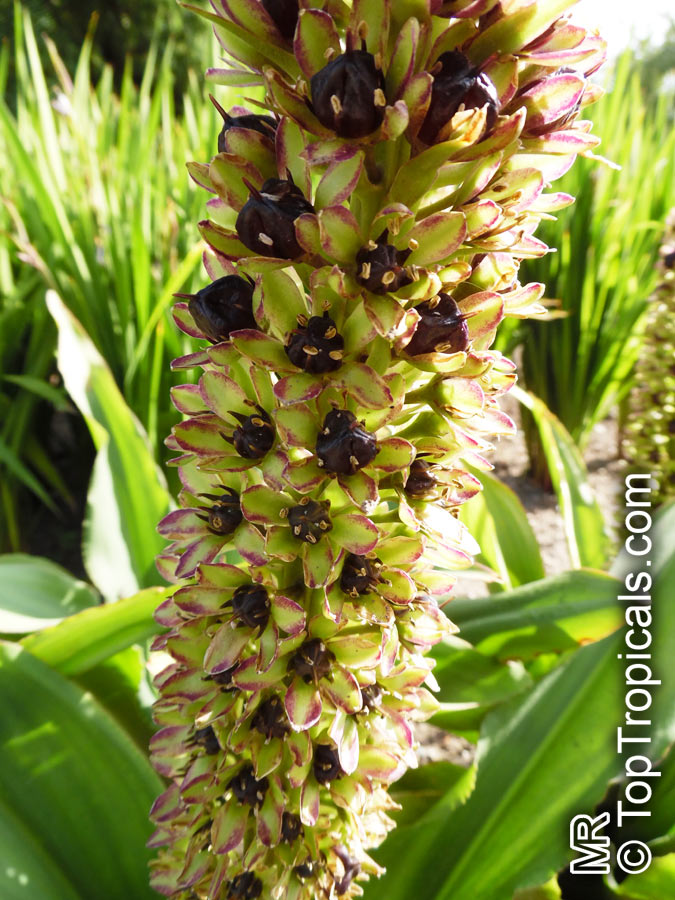 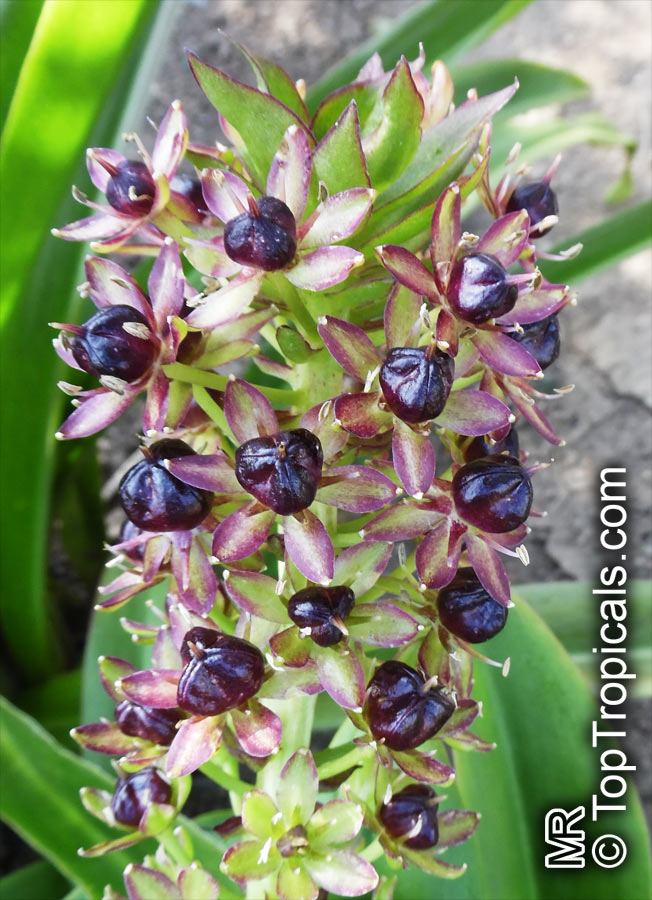 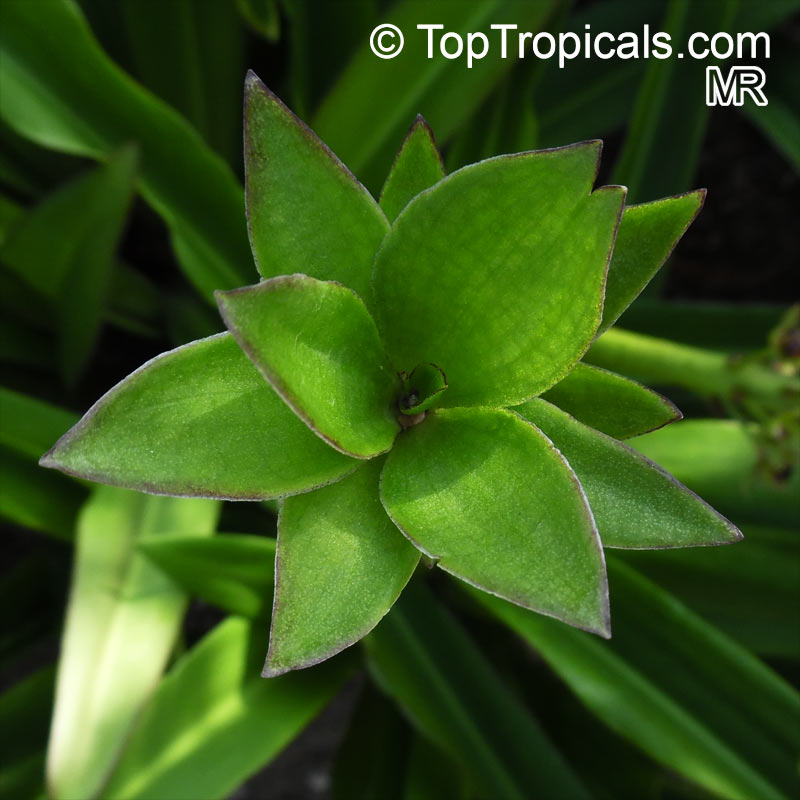 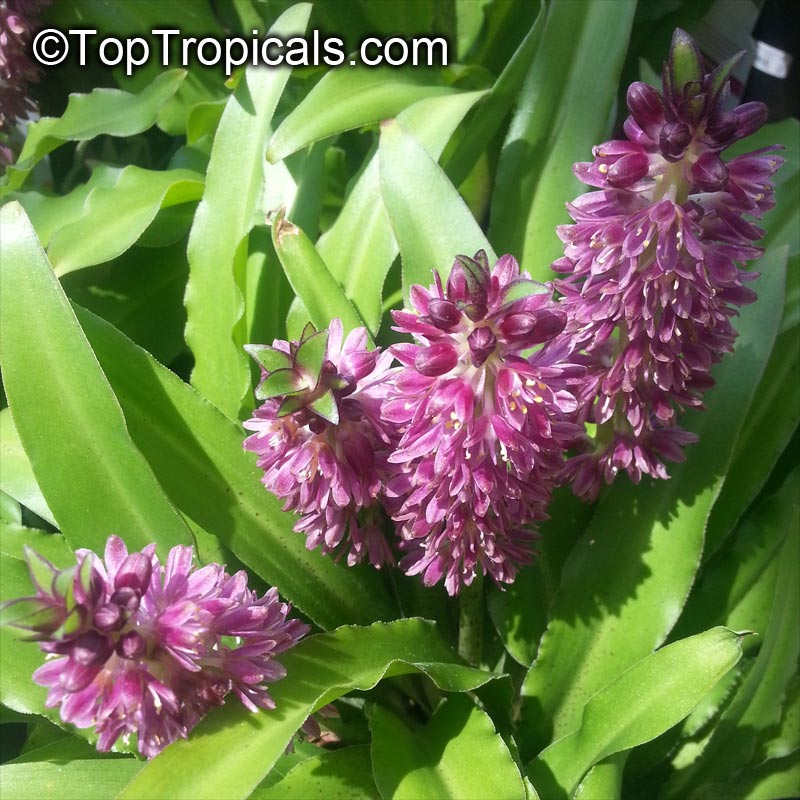 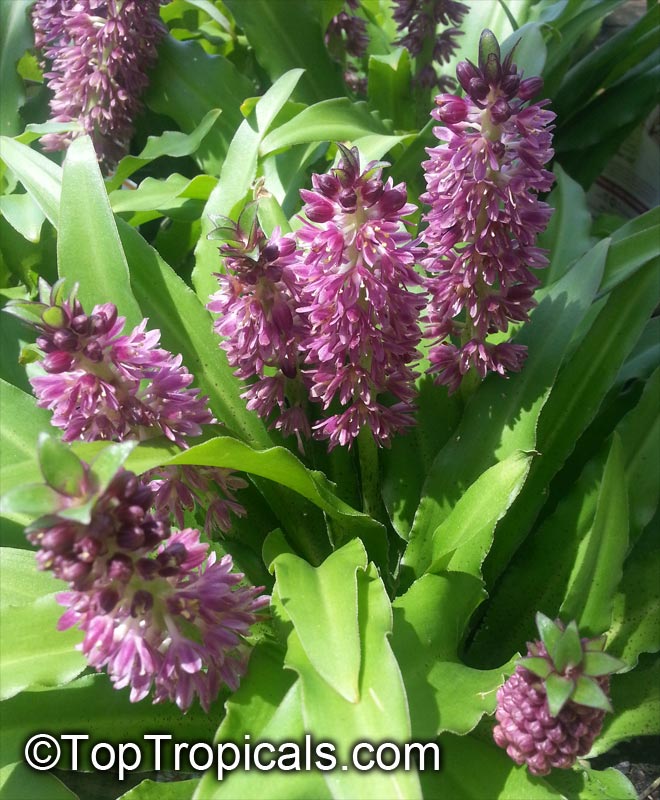 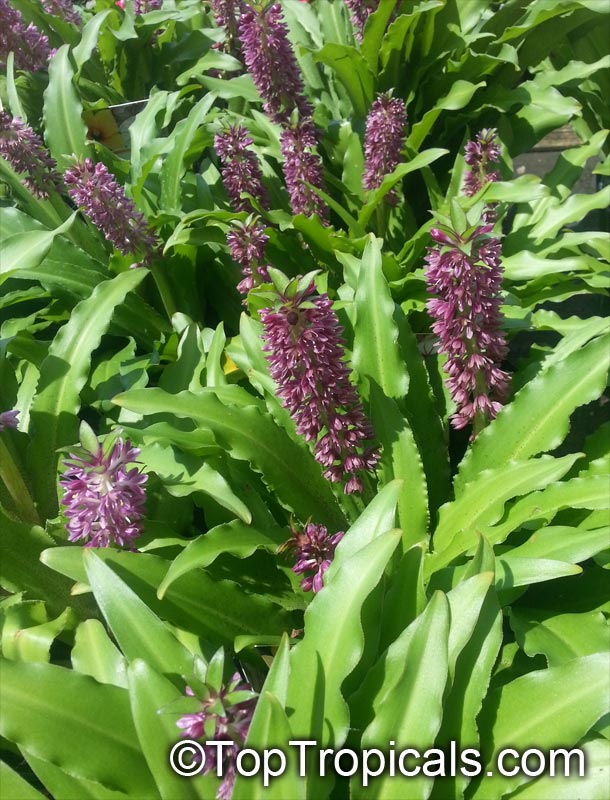