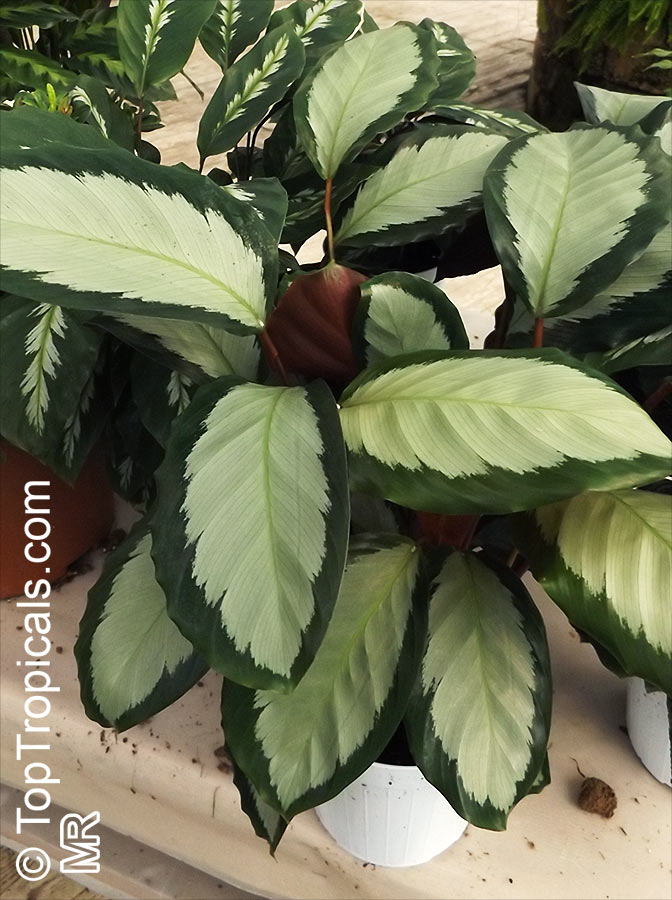 Calathea picturata (Calathea) is a beautiful species of tropical plant native to Central America, from El Salvador to Panama, and makes an attractive addition to any garden. When grown outdoors, Calathea prefers semi-shady condition and moist soil and should be watered regularly. If potted indoors, the leaves should be sprayed with water several times a week to keep the humidity and temperature at a consistent high.

Calathea can be grown either as a low-growing groundcover, typically only reaching two feet in height, or in a more upright formation as a small shrub, 2-5 feet tall. The gorgeous and ornamental foliage of Calathea is the star of the show, with the variety Calathea metallica having leaves with undersides of silvery green and red, and Calathea majestica with its top patterned in white or pink stripes. A special variety, Calathea jancifolia, or the Rattlesnake plant, will also produce tall stalks of flowers in yellow bracts. Calathea can be grown in USDA Zone 9-11 and should be kept moist and sheltered from cold temperatures if growing in a pot in cold regions. 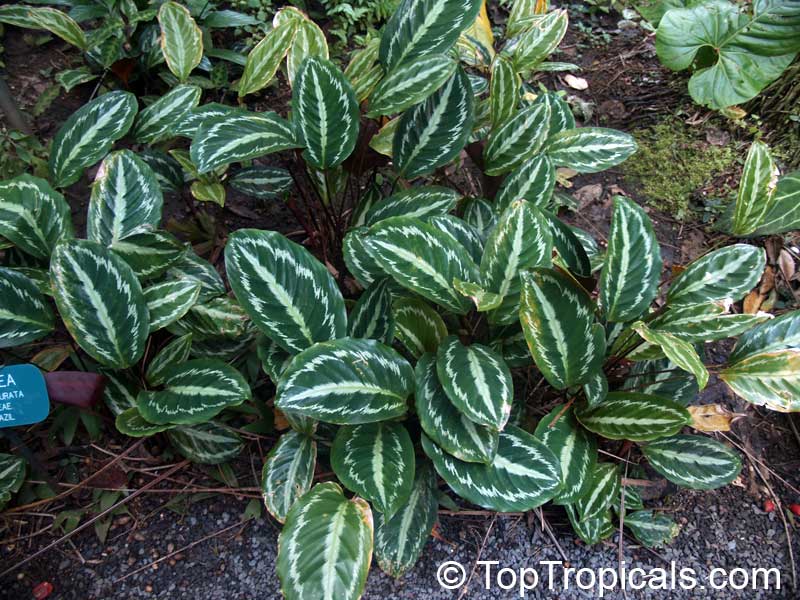