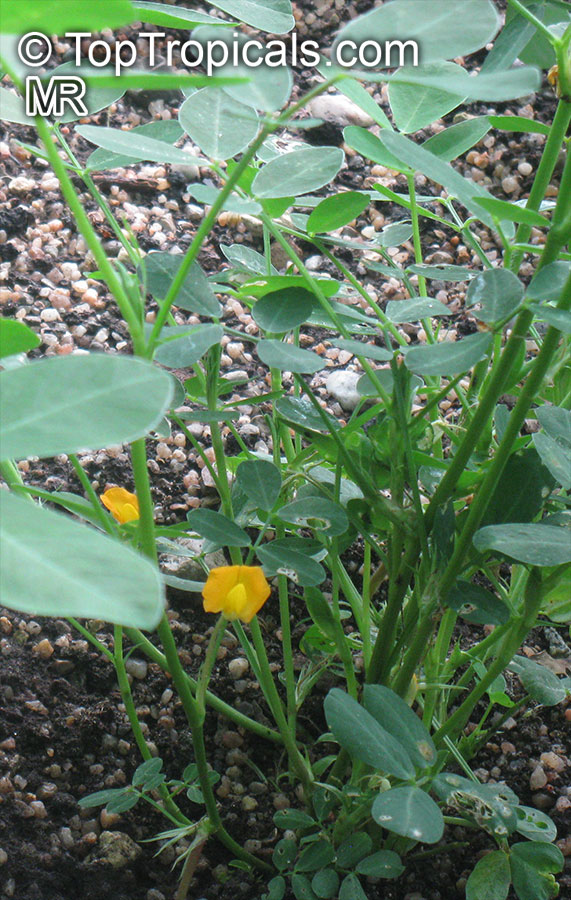 Arachis hypogaea, also known as the peanut, is a native South American plant that grows to a height of 2-5 feet. It is a small flowering shrub or groundcover that thrives in full sun or semi-shade and requires moderate amounts of water. This plant has yellow and orange flowers which often attract insects. In addition to being a popular snack food, peanuts have a variety of uses including being a source of protein, healthy fats, vitamins, and minerals. They also contain antioxidants and are a good source of dietary fiber and monounsaturated fatty acids.

A single peanut plant can produce up to 40 pods, each of which contains 2-5 peanuts. Peanut plants prefer loose, well-draining soil and require moisture during their growing season. However, during the last six weeks of growth, the amount of water should be reduced to help the pods mature quickly. Peanuts can be grown outside in USDA plant hardiness zones 9-11, but in colder regions they are usually grown in pots.

Arachis hypogaea, the edible peanut, is closely related to the ornamental peanut, Arachis glabrata. Both species have unique reproductive biology in which the seed-containing pods mature underground rather than above ground as in most legumes. The flowers self-pollinate and after pollination, the young pod is sent down on a stalk and pushed into the ground where it matures. Peanuts are used to produce a variety of products including oil for cooking, margarine, and salads, and can be used in pharmaceuticals, soaps, and lubricants. The oil cake, a high-protein livestock feed, may also be consumed by humans. Other products made from peanuts include dyes, ice cream, massage oil, paints, and peanut milk. Peanuts can be eaten raw, roasted and salted, chopped in confectioneries, or made into peanut butter. The young pods and leaves of the plant can also be eaten as a vegetable. 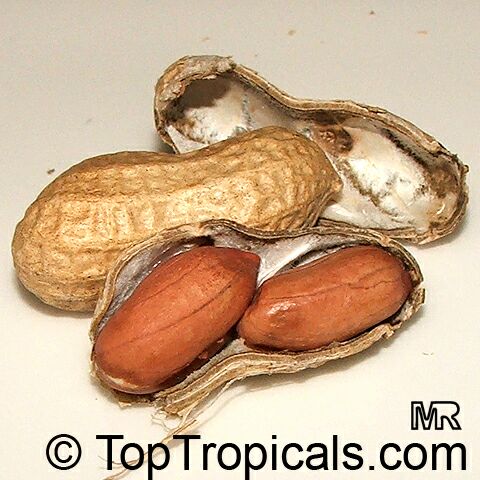 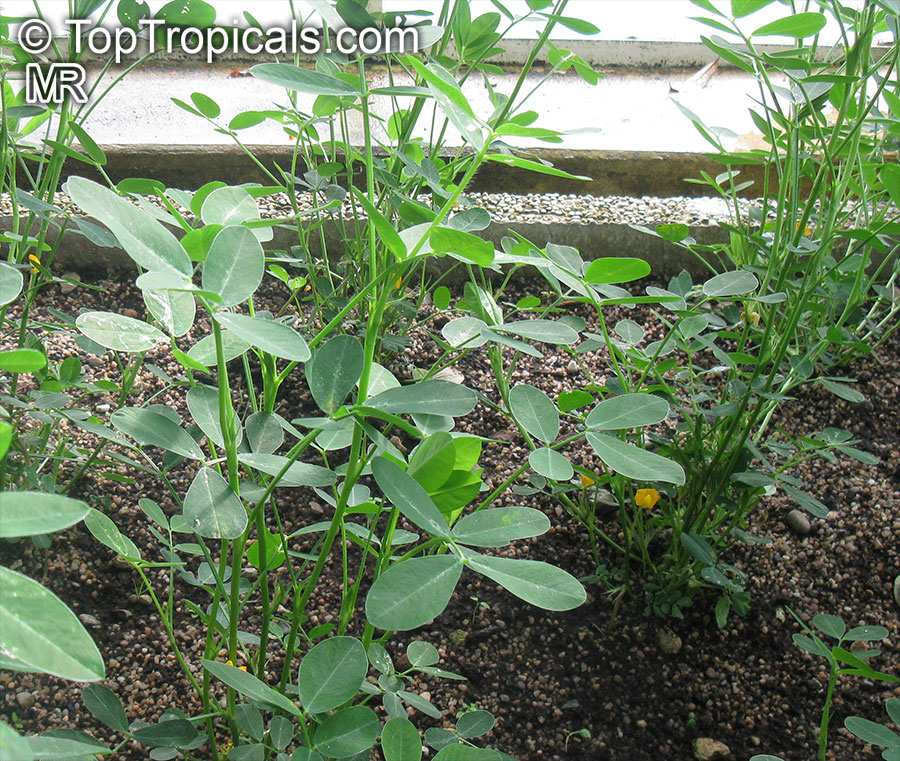 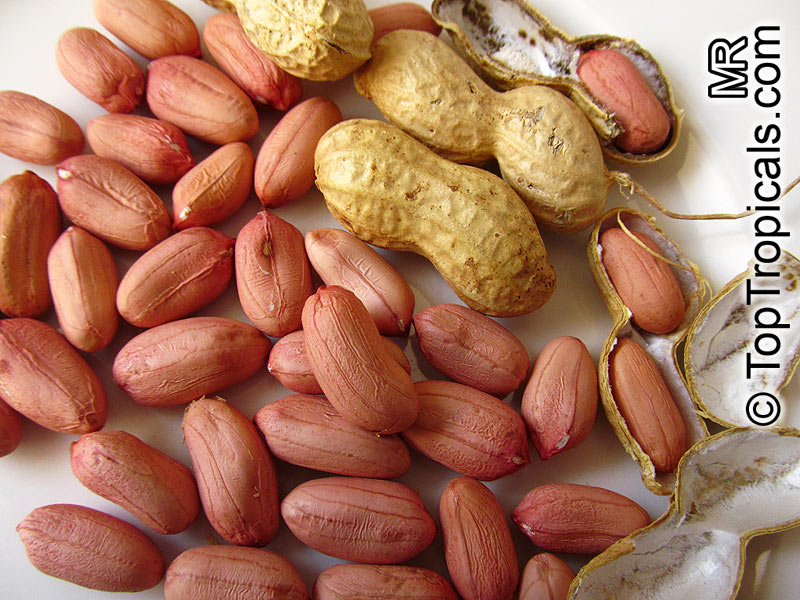