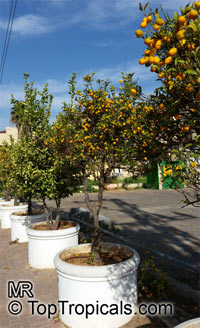 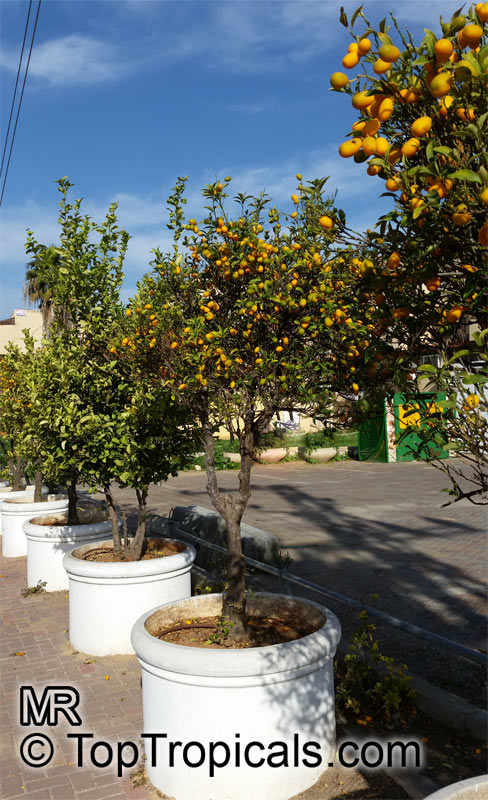 Kumquats have been called "the little gems of the citrus family".

The kumquat tree is slow-growing, shrubby, compact, 8 to 15ft tall, the branches light-green and angled when young, thornless or with a few spines. The apparently simple leaves are alternate, lanceolate, 1 1/4 to 3 3/8in long, finely toothed from the apex to the middle, dark-green, glossy above, lighter beneath. Sweetly fragrant, 5-parted, white flowers are borne singly or 1 to 4 together in the leaf axils. The fruit is oval-oblong or round, 5/8 to 1 1/2in wide; peel is golden-yellow to reddish-orange, with large, conspicuous oil glands, fleshy, thick, tightly clinging, edible, the outer layer spicy, the inner layer sweet; the pulp is scant, in 3 to 6 segments, not very juicy, acid to subacid; contains small, pointed seeds or sometimes none; they are green within.

Kumquats are believed native to China. They have been grown in Europe and North America since the mid-19th Century, mainly as ornamental dooryard trees and as potted specimens in patios and greenhouses. They are grown mainly in California, Florida and Texas; to a lesser extent in Puerto Rico, Guatemala, Surinam, Colombia and Brazil. In South India, they can be grown only at high elevations. There is limited cultivation in Australia and South Africa. 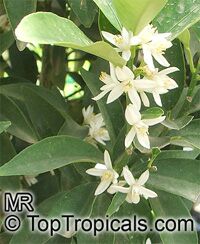 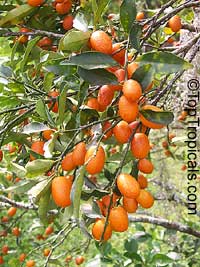 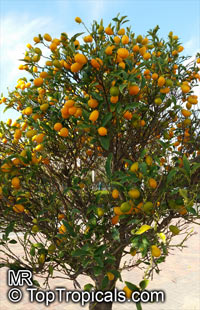 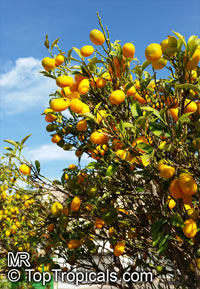 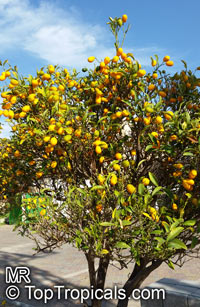 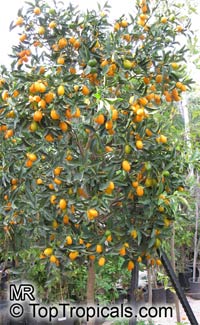 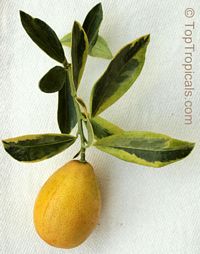 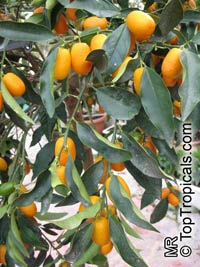 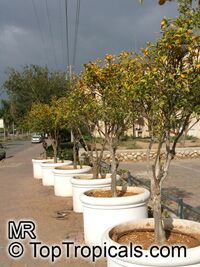 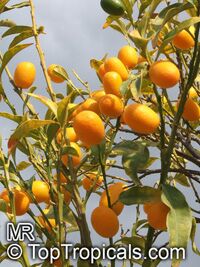 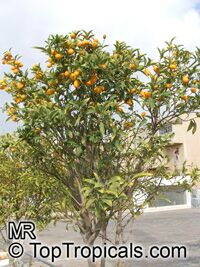 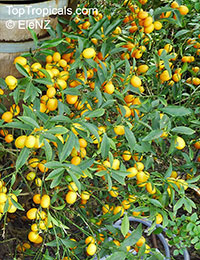 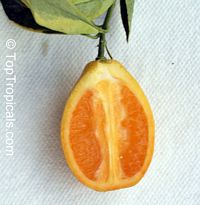 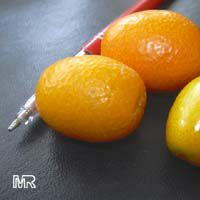 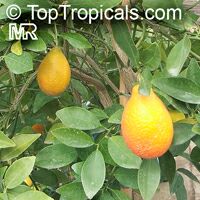 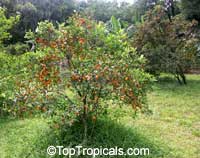 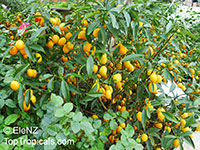