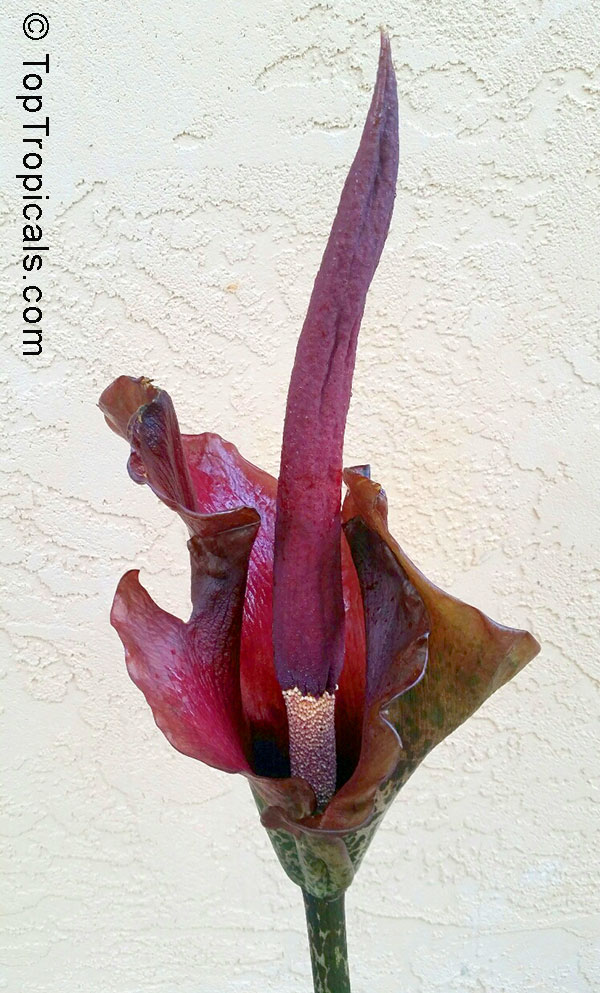 Amorphophallus konjac is one of the largest flowers,...  more
Amorphophallus konjak - Voodoo Lily
Amorphophallus konjac is one of the largest flowers, a perennial exotic Asian plant. It grows a single, elongated center called a corm and a single large leaf that wraps around it. The corm is the part of the plant that is used, as well as its tuber, which is commonly called the konnyaku potato. It is one of the most exotic, bizarre flowers. Can be easily grown in a pot as a house plant. The single leaf dormant in winter, then in spring the plant shoots out a fantastic flower. See picture of a flowering plant.
This plant is dormant from Fall through Winter, shipped as tuber, keep on dry side until it grows back its leaves in Spring. 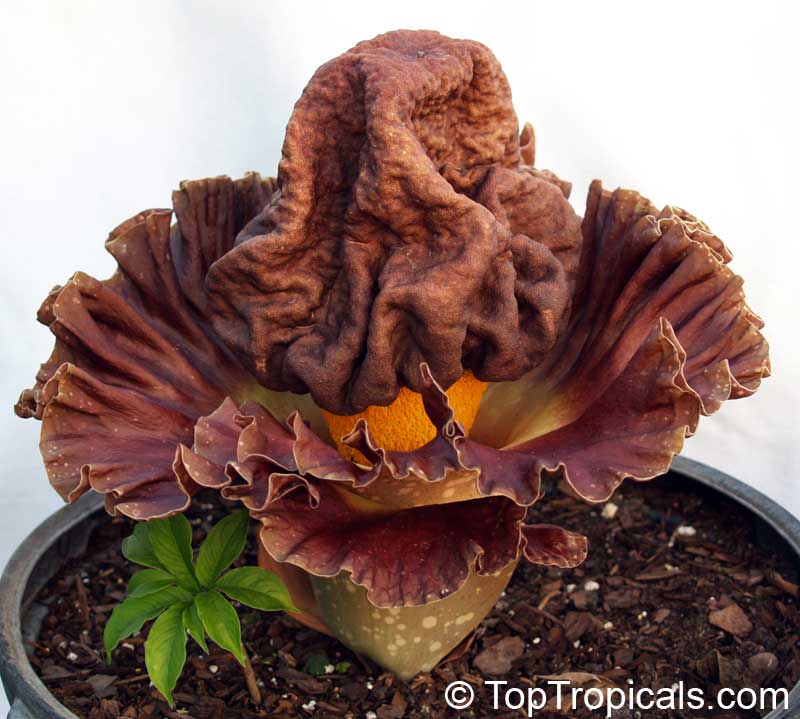 Voodoo lily, Devils tongue, Snake Palm, Corpse flower....  more
Amorphophallus paeoniifolius (campanulatus) - Voodoo lily
Voodoo lily, Devils tongue, Snake Palm, Corpse flower. The unpleasant smell that the flower omits is only present for a few hours after the flower opens. If the flower is pollinated (normally by flies if the plant is outside) it will take 1 year for the plant to mature its seeds. The seed stalk is very pretty with the seeds changing colors from green to red. During this time the tuber will not produce a leaf.


See photo of the actual tubers for sale 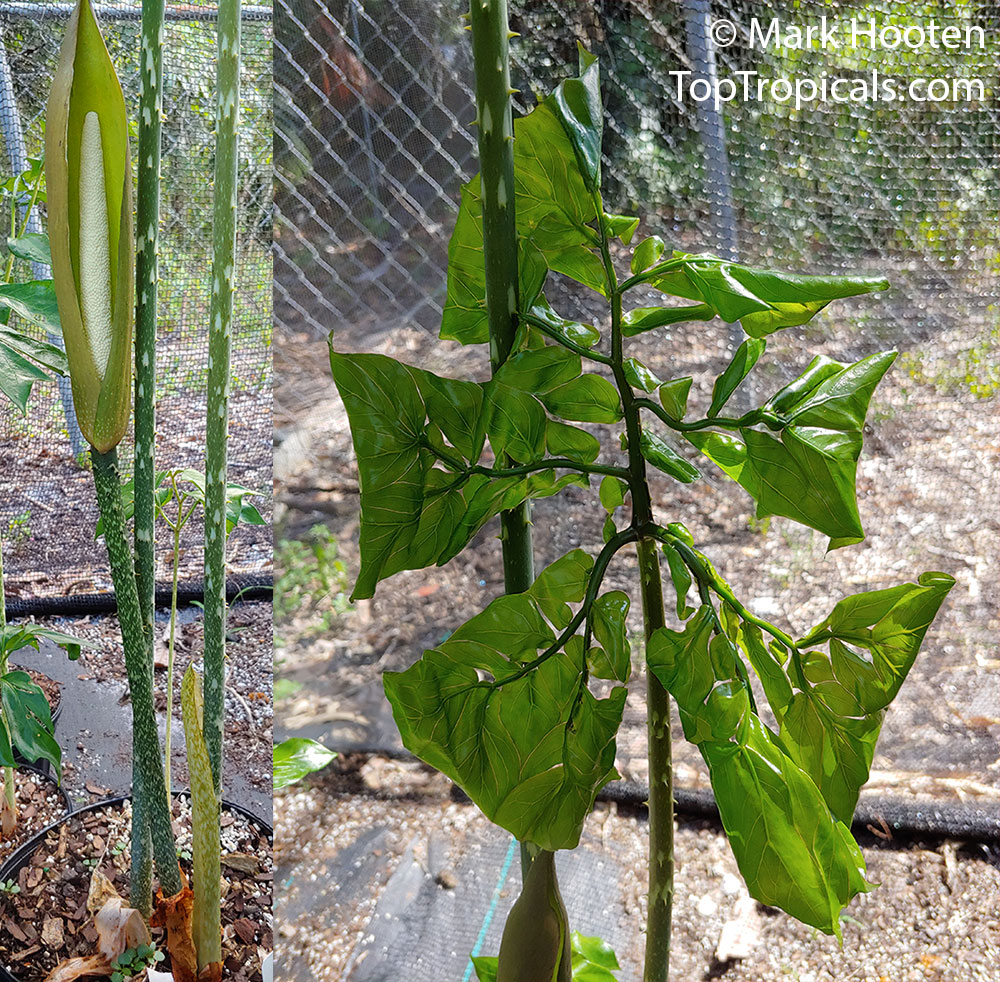 This is a very rare species in cultivation, and likely a one time offering.
These unusual plants grow from a thick, slowly growing tuber, often branching, which creeps horizontally just below the soil surface. Horizontal tuber can measure up to 30" long by 10" across, the plant produces one huge, much-divided leaf with a stout prickly stem. The compound leaves are up to 30 inches tall and are supported on slender spotted stems with very rose-like thorns. The fascinating leaves are an enlogated bi-lobed bat shape, often with fenestrations (window holes).
These are now mature, over 20 years old seedlings of a most unusual aroid, distantly related to Amorphophallus. These seeds were planted in 2000, originated from an ethnobotanist in the jungles of Benin, along the west coast of Africa. The indigenous people there use the species for a variety of medicinal properties.