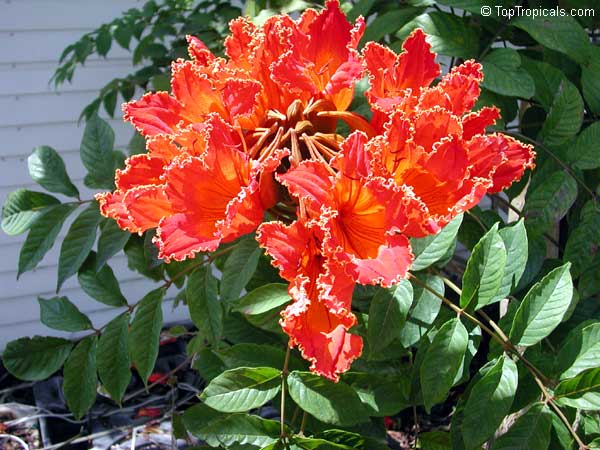 There are several species of Spathodea but the Tulip Tree is quite the most striking and also the most common. Originally from tropical Africa, it is now planted in many parts of Tropical World, both as decoration and for shade. But in those places where it has to stand up to the buffeting of monsoon winds it does not attain the fine proportions and erect dignity of those trees, more happily placed. 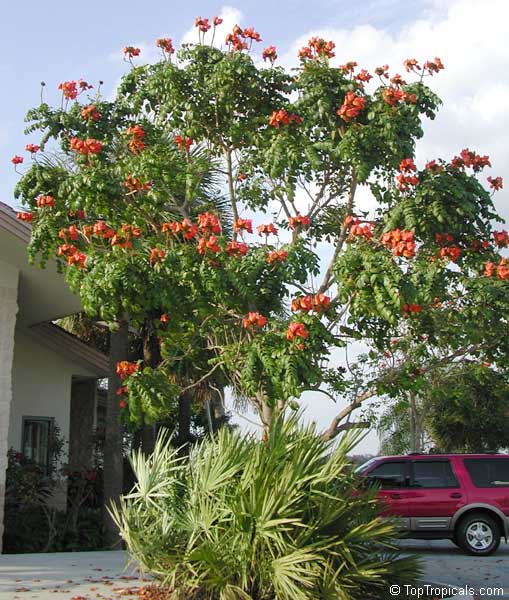 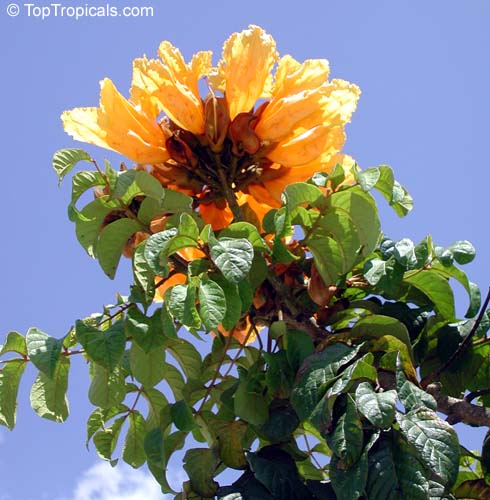 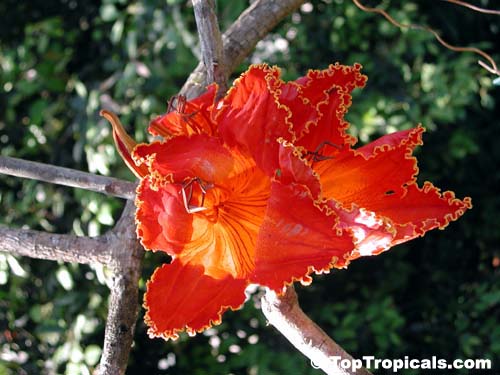 It is a large tree, deciduous in drier places during the hot weather, but never quite bare in other places. The leaves fall during February, then in March and April new ones appear in profusion, together with magnificent clusters of orange and crimson flowers. These are borne on the ends of the branchlets and are first heavy compact masses of dark olive-green, velvety buds, in up-turning whorls. The buds in the lower circle then bend out and burst into fiery bloom - large crumpled bells, crimson and orange in color. Four brown anthered stamens rise from the centre. The tree is now aglow, dozens of scarlet torches stand out in brilliant contrast to the deep-green of the foliage.

By the end of April all the flowers have fallen but at several times during the rest of the year odd clusters will appear and there is quite a definite flowering period between October and December.

The leaves, which mass towards the ends of the branches, are large and smooth. They consist of from four to nine pairs of 2-inch leaflets and a terminal one. These are oval in shape and fairly deeply veined. Very young leaves are downy underneath.
The fruits appear like the fingers of a hand, pointing upwards and outwards above the foliage. Each one is some 6 or 8 inches long, green and brown in color and smooth.

The name Fountain Tree and many of the African vernacular names originated because the soft buds often contain a quantity of liquid and small boys discovered that by sqeezing them they could be made to emit a jet like a water squirt. African hunters make use of the hard nuts by boiling the centres and thus obtaining a poisonous liquid. Tulip Tree wood is difficult to burn and makes poor firewood but because of this property it is ideal for constructing the sides of blacksmiths bellows.

Spathodea is a Greek word meaning "spathe" - referring to the ladle-like shape of the calices, and campanulata describes the bell-shape of the flowers.

There is also a yellow flower variety. 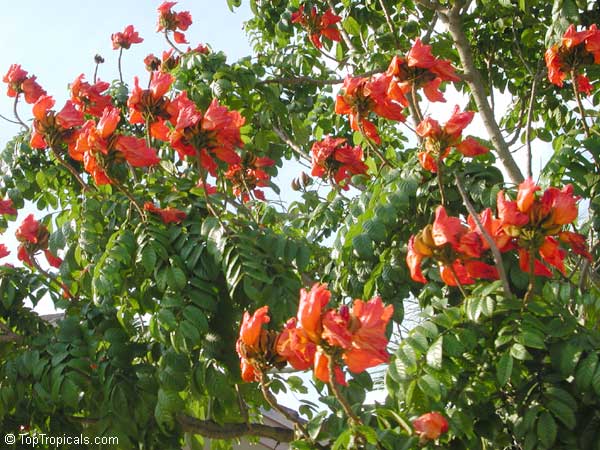 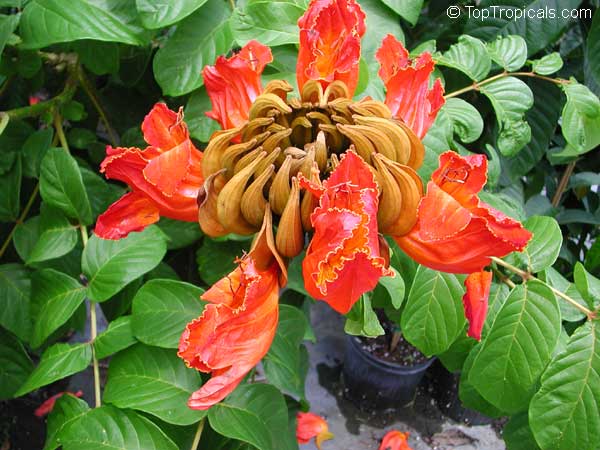