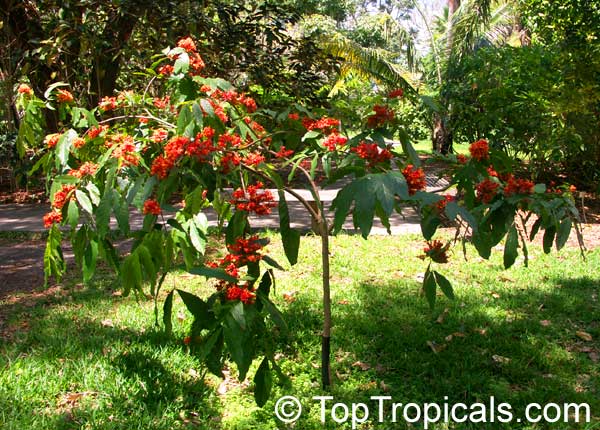 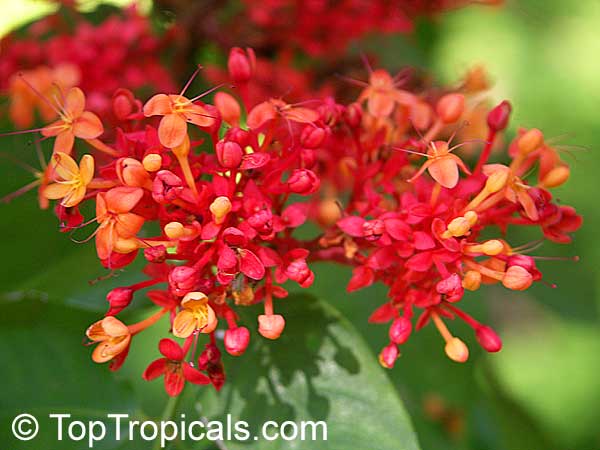 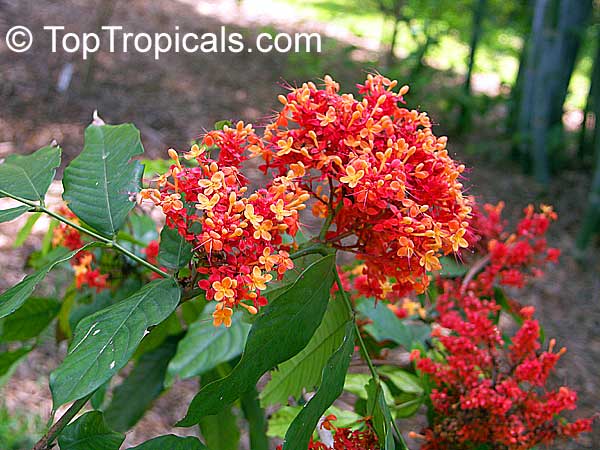 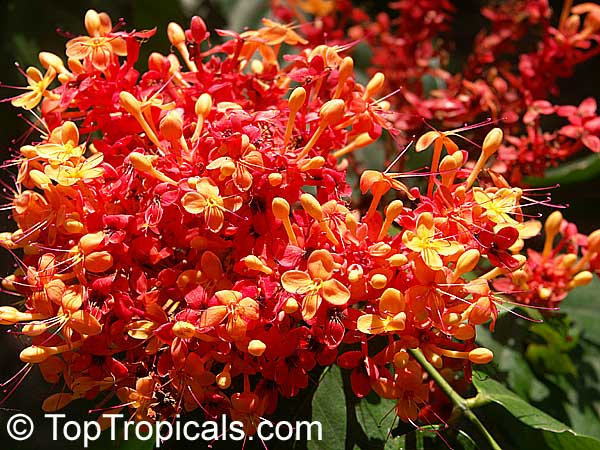 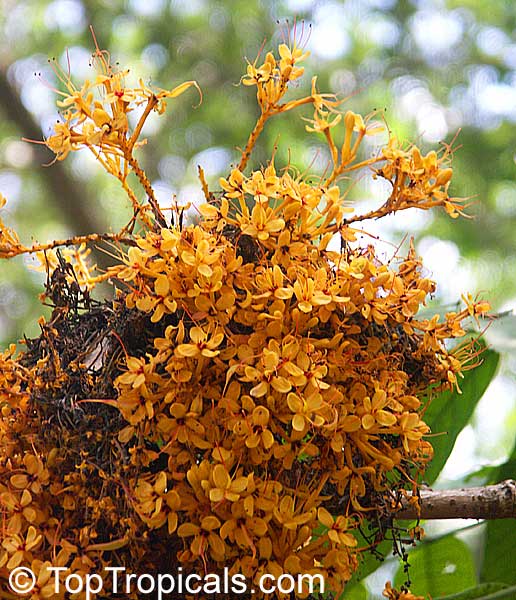 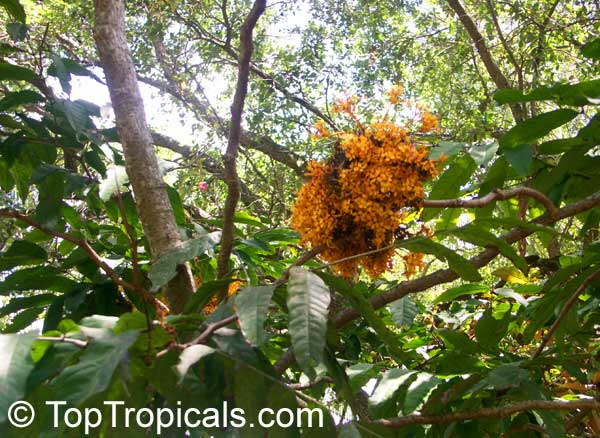 The origin of the name Saraca indica is doubtful and it can hardly be claimed to be an improvement on the old one of Jonesia asoka, given by Indian botanists to honour Sir W. Jones " the most enlightened of the sons of men," who himself expressed the wish that the tree should retain the old Sanskrit name Ashoka.

Indigenous to India, Burma and Malaya, it is an erect tree, small and evergreen, with a smooth, grey-brown bark. The crown is compact and shapely.

Flowers are usually to be seen throughout the year, but it is in January and February that the profusion of orange and scarlet clusters turns the tree into an object of startling beauty. Pinned closely on to every branch and twig, these clusters consist of numerous, small, long-tubed flowers which open out into four oval lobes. Yellow when young, they become orange then crimson with age and from the effect of the sun's rays. From a ring at the top of each tube spread several long, half-white, half-crimson, stamens which give an hairy appearance to the flower clusters. In strong contrast to these fiery blooms is the deep-green, shiny foliage. The foot-long leaves each have four, five or six pairs of long, wavy-edged, leaflets. Young leaves are soft, red and limp and remain pendent even after attaining full size.

The straight or scimitar shaped pods, stiff, leathery, broad and about eight inches long, are red and fleshy before ripening.

As one would expect from a tree of the country it has many useful medicinal properties. The juice obtained from boiling the bark is a cure for some ailments of women, and a pulp of the blossoms is one of the remedies used for dysentery.
As it is believed that Sakyamuni, the founder of the Buddhist religion and doctrine of Nirvana was born under an Asok tree in the IX Century B.C. the tree is worshipped by all Buddhists. Hindus also revere it because to them it is the symbol of love and dedicated to Rama. Sita, wife of Rama, when abducted by the evil Ravanna was kept in a garden among groves of Asoka trees. Both Buddhists and Hindus plant the tree round their temples and the blossoms are among those used for religious offerings.
On Ashok Shasthi day, women from Bengal eat the flower buds, while Hindu ladies believe that by drinking the water in which flowers have lain, they will protect their children from worry and grief.

There is a quaint Indian belief that trees will only flower in places where a woman's foot has trod and another which asserts that a tree will bloom more vigorously if kicked by a young lady! 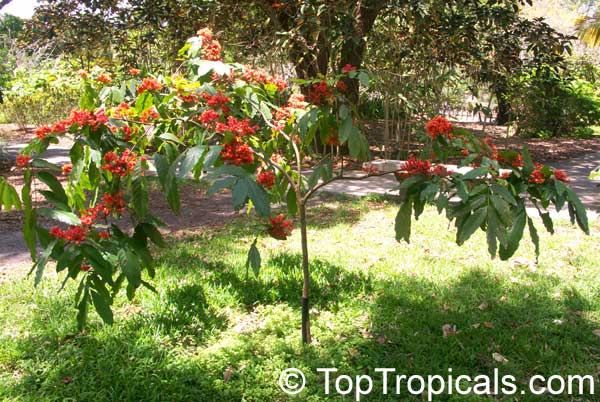 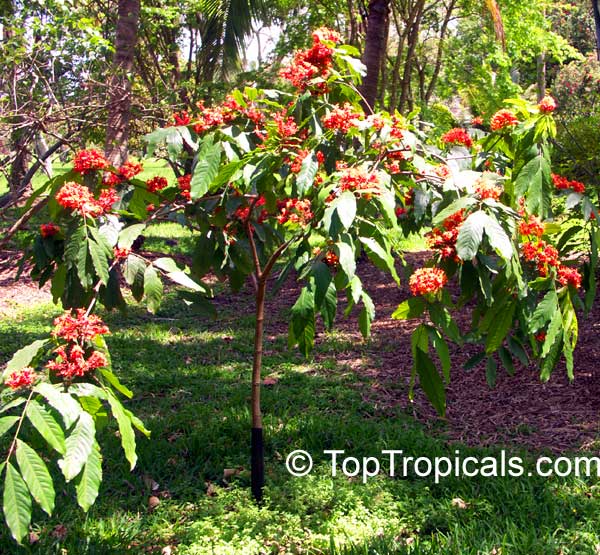 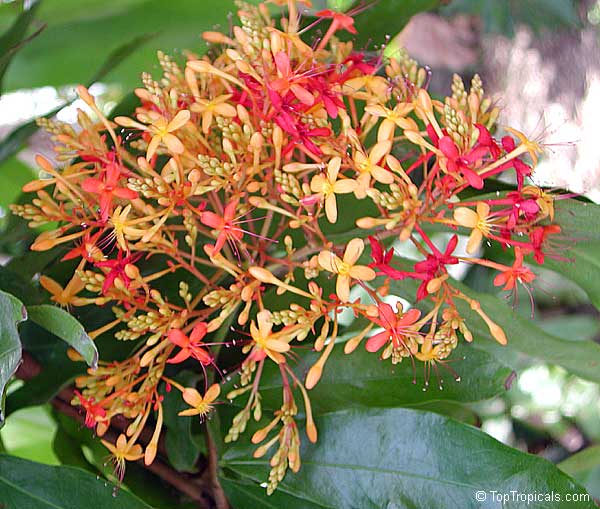 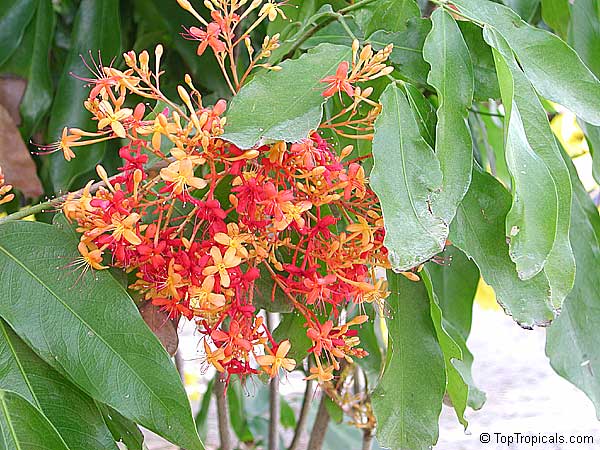 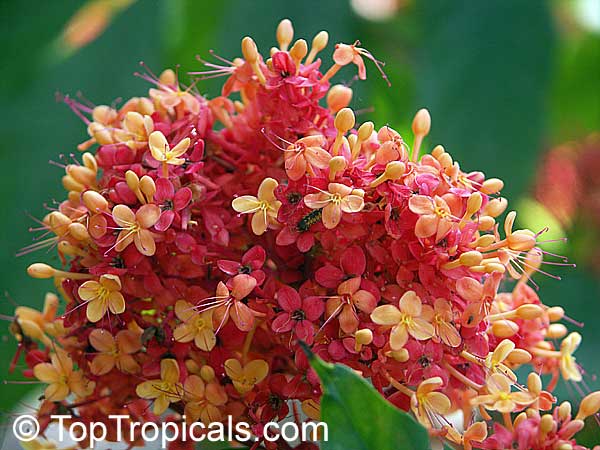