Ceiba pentandra, Kapok Tree - Maya's Sacred Tree at the Center of the Earth 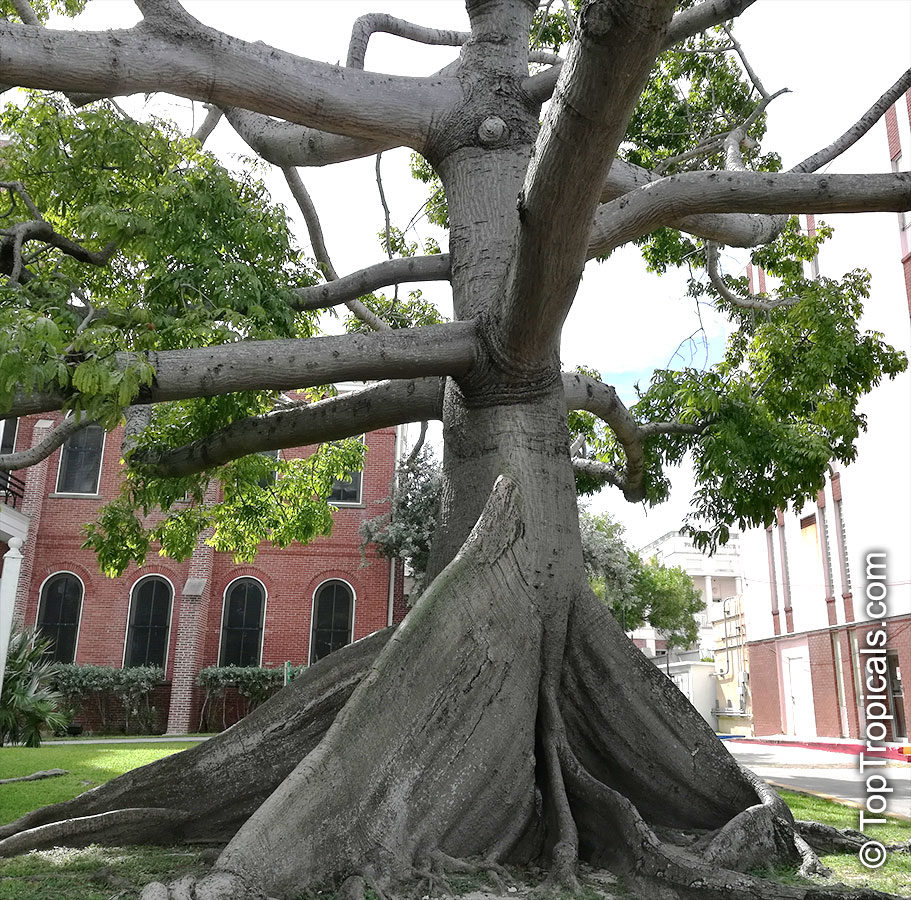 ...Everybody who sees this tree for the first time, always says "What's THAT???" And everybody wants to have one! Kapok Tree is a large, magestic, gorgeous shade tree that just requires a little bit of space in your garden! It is definitely a conversation piece and is a must for every botanical garden or a large private tropical tree collection. Kapok is a fast growing tree, however, it may take many years to reach its mature size. It is worth the waiting though!..

Why Kapok Tree is sacred?

The ancient Maya of Central America believed there is a Great Sacred Tree stood at the center of the earth, connecting the terrestrial world to the spirit-world above. The long thick vines hanging down from its spreading limbs provided a connection to the heavens for the souls that ascended them. Even today, these grand trees are regularly spared when forests are cut it is a common event to see lone, isolated Great Sacred Trees proudly spreading their shady branches high above the field, a relict of the great forests that once were there.

The giant limbs of the umbrella-shaped crown are laden with epiphytes (aerial plants) and provide a home for countless species of animals. Birds feed and nest in the tree's high perches, mammals use the enormous limbs as aerial highways, frogs raise their tadpoles in the tiny pools that collect in bromeliads, and insects reach the peak of their diversity in the canopy of giant trees. What is this magic sacred tree?

It is Ceiba pentandra, or a Kapok Tree - a tropical tree of the order Malvales and the family Malvaceae (previously emplaced in the family Bombacaceae), native to Mexico, Central America and the Caribbean, northern South America, and (as the variety Ceiba pentandra var guineensis) West Africa. A somewhat smaller variety was introduced to South and Southeast Asia, where it is cultivated. 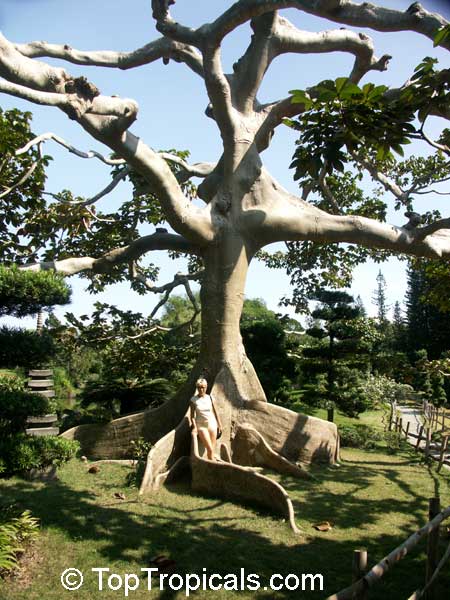 The tree and the cotton-like fluff obtained from its seed pods are commonly known in English as kapok, a Malay-derived name which originally applied to Bombax ceiba, a native of tropical Asia. Ceiba pentandra is cultivated for its cottonlike seed fiber, particularly in south-east Asia, and is also known as the Java cotton, Java kapok, silk-cotton or samauma.

Among the largest trees in the world, Ceiba pentandra is a multi-purpose tree, stretching high above most plants around it with its striking canopy and ornamental appearance. Some of its most characteristic features include its gigantic size, pagoda-shaped crown, thorny bark, wide-spreading buttresses at the base, fragrant flowers, and silky seeds in woody pods. 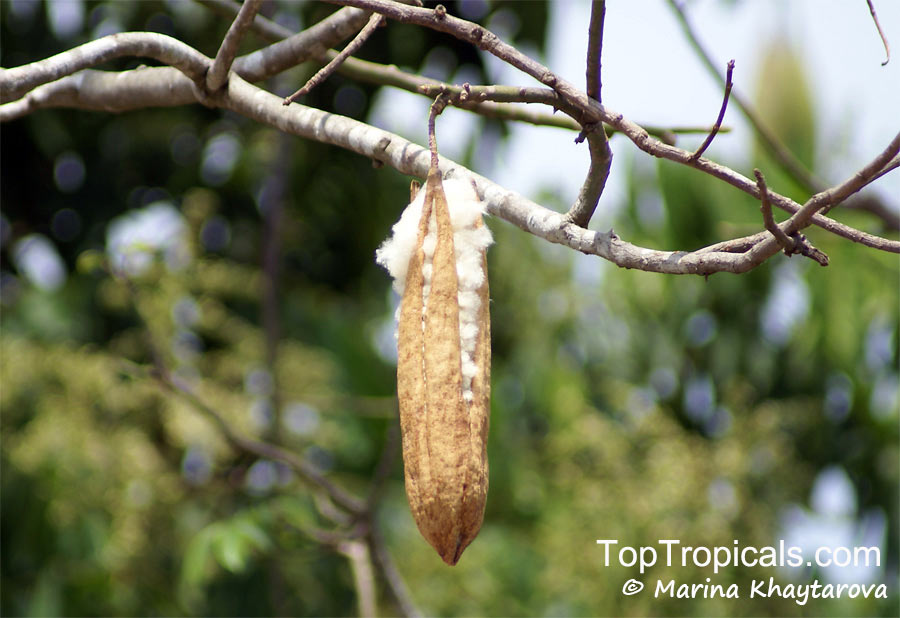 The kapok’s huge buttressed trunk tapers upward to an almost horizontal, spreading crown where large, compound leaves are made up of five to eight long, narrow leaflets. 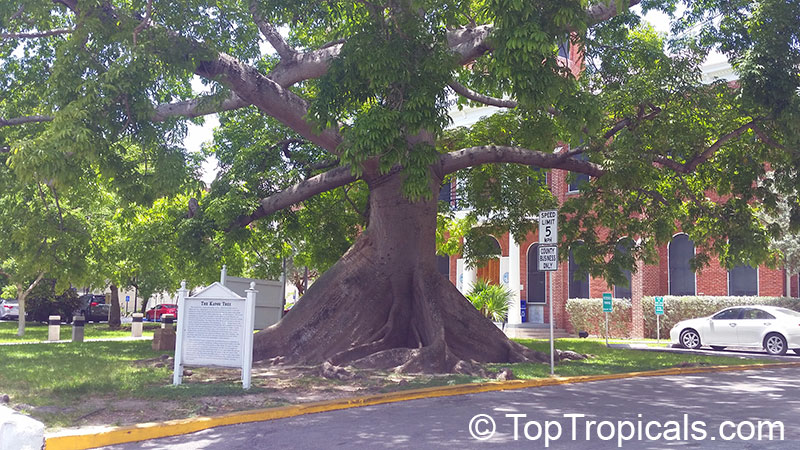 During winter or dry season, it sheds its leaves and requires less water than during the vegetative season. After the dry winter season, the creamy-white to pinkish colored flowers appear before leaf-growth. The night-blooming flowers are mainly pollinated by bats but are an important source of pollen and nectar to honeybees. Flowers are bisexual and the tree is not self-fertile. 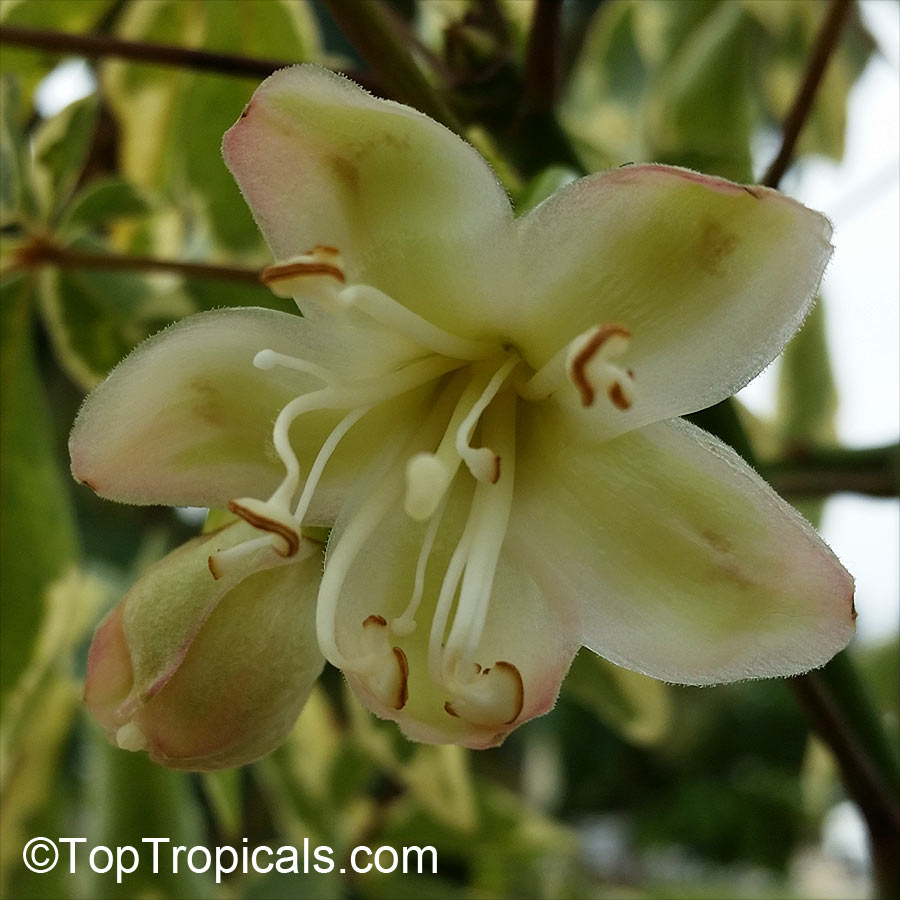 When the tree does bloom, however, it is prolific, producing up to 4,000 fruits measuring up to 6 inches long. The fruits ripen 80-100 days after flowering. Eventually these pods open on the tree, exposing the pale kapok fiber to the wind for dispersal. The fiber, in which over 200 seeds are loosely embedded, is sometimes referred to as silk cotton and is yellowish brown, lightweight, and lustrous. In harvesting kapok fiber, the pods are either cut down or gathered when they fall, then broken open with mallets. The seed and fiber, removed from the pods by hand, are stirred in a basket; the seeds fall to the bottom, leaving the fibers free. 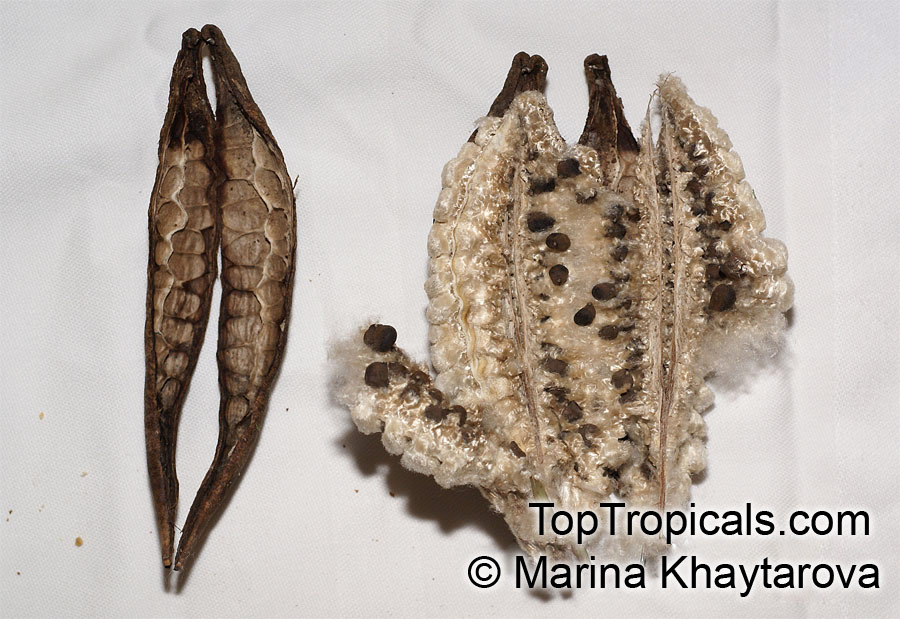 Use of Kapok Tree

Kapok fiber is very light, water-resistant, buoyant, highly flammable and, before it was replaced by synthetics, was used for stuffing anything from mattresses to upholstery to life jackets.

Kapok Tree is very useful tree. It grown not only for their overall appearance and for shade. It is suitable for soil erosion control and watershed protection, used in making soap, hut walls and doors, as a brown dye are obtained from the bark, and for culinary and medicinal applications – among other things.

A bark decoction has been used as a diuretic, aphrodisiac, and to treat headache, as well as type II diabetes. It is used as an additive in some versions of the psychedelic drink Ayahuasca. 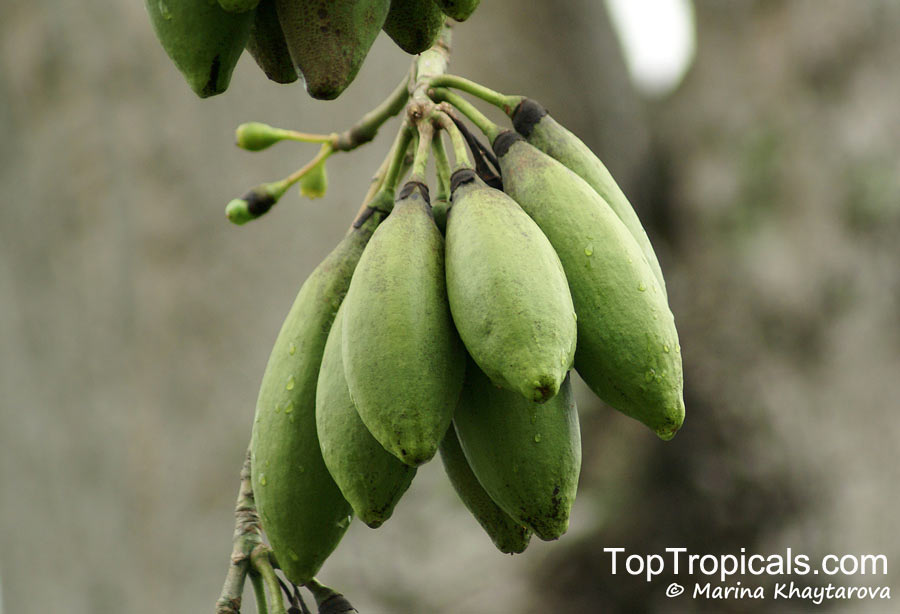 Culinary use of Kapok Tree

Tender leaves, buds and fruit are eaten like okra (Abelmoschus esculentus). Flowers blanched and eaten with chilli sauce. The dried stamens are added to curries and hot, sour soup for coloring. Seed can be roasted and ground into a powder, it is eaten in soups and used as a flavoring.
Cooking oil is made from the seeds. Although the seed is toxic, the oil is edible. The oil has a yellow color and a pleasant, mild odor and taste. The oil has some potential as a biofuel and in paint preparation.

Everybody who sees this tree for the first time, always says "What's THAT???" And everybody wants to have one!

Kapok Tree is a large, magestic, gorgeous shade tree that just requires a little bit of space in your garden! It is definitely a conversation piece and is a must for every botanical garden or a large private tropical tree collection.

Kapok is a fast growing tree, however, it may take many years to reach its mature size. It is worth the waiting though!

It is relatively cold hardy and can take light frost once established. 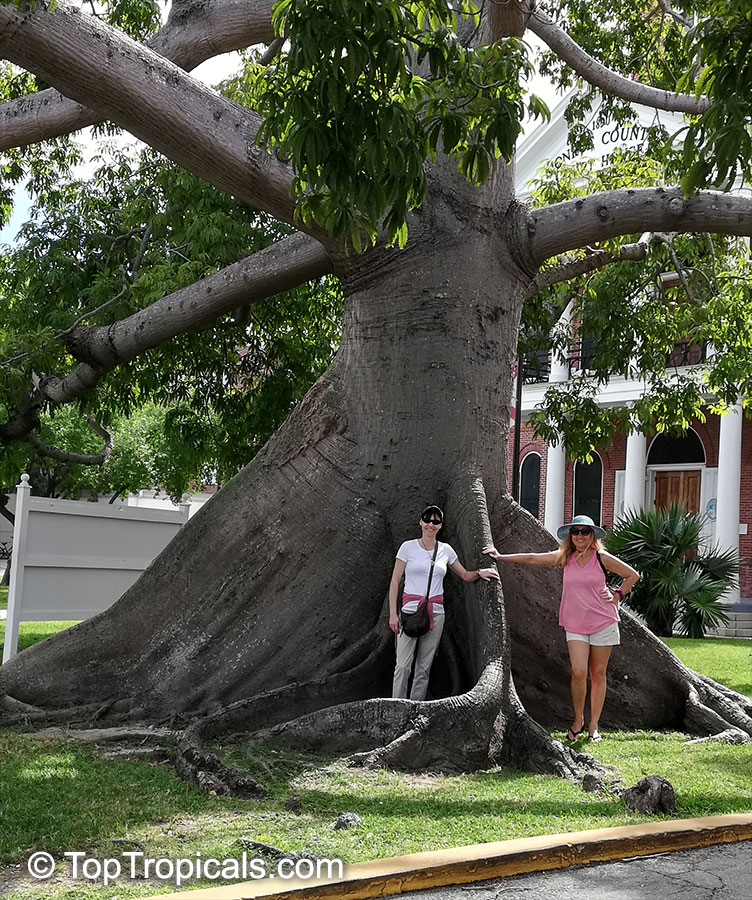