I have come to realize that a majority of our loyal patrons here at Top Tropicals are genuinely knowledgeable, and like me, love growing especially obscure yet wonderful plants. So I decided to begin propagating my Lithachne humilis colony. After a few months of hovering over delicate seedlings, I have a few to offer! It's something that has just never really been made available to the general public. But there is a story behind it, so please bear with me...

...In 1992, my wife Susie and I were living in So. California and working for our dear friend, Hermine Stover (who happened to write "The Sansevieria Book") and owned the famous Endangered Species rare plant mail-order business, specializing in Bamboo, Cycads, Palms and Sansevierias.  In her greenhouse, hidden by a Chamadorea palm, I found a happy little clump of a ferny/grassy thing which I fell in love with, and had to ask Hermine what it was. She explained that it was a Bambusoid grass, named Lithachne humilis, and that she had obtained it a few years before from Richard Haubrich, who was then president and founder of the American Bamboo Society. In turn, he had obtained his plant directly from Tom Soderstrom, who was also a personal friend of mine (and the curator of Grasses at the Smithsonian Institution). He was the botanist who actually published and documented this species for the first time in 1980 (see the obscure scientific article in which Tom published that new taxon).

A few years later, when I was working for Rancho Santa Ana Botanic Garden in Claremont, I made the acquaintance of Dr. Elizabeth Friar, (a brilliant and wonderful person) who's doctoral thesis involved the systematic, cladistic analysis of the entire Bambusoideae... meaning the evolutionary history of all plants called "bamboo".   This includes some 3000 different species as a guesstimate! When I asked her about the evolutionary history of Lithachne humilis, she informed me that it was a very special taxon, because her impeccable research showed that this particular tiny little "bambusoid grass" is actually the original ancient ancestor of all members of the Bambusoideae! The giant woody grasses!
This plant is the evolutionary mother of ALL modern bamboo's! Isn't it AMAZING?

Yet, apparently, no one currently has or grows this tiny, beautiful rarity at this time according to the "interweb".  This is a great shame, as it it a wonderful little plant. It is unusual among grasses, as it folds its leaves sharply downwards at night.  It is easy to grow given either bright light or deep shade, and these already mature plants are already beginning to flower and make their characteristically tiny nutty seeds...  And the seeds are easy to grow!  Just why it's remained so rare I do not understand, however I do believe that mine are the only Lithachne humilis offered anywhere, and it oughtta get spread around...

And what is most important - these are all direct propagations of Tom Soderstrom's type specimen, from which the new species was described, from an obscure locality deep in the forests of Honduras! 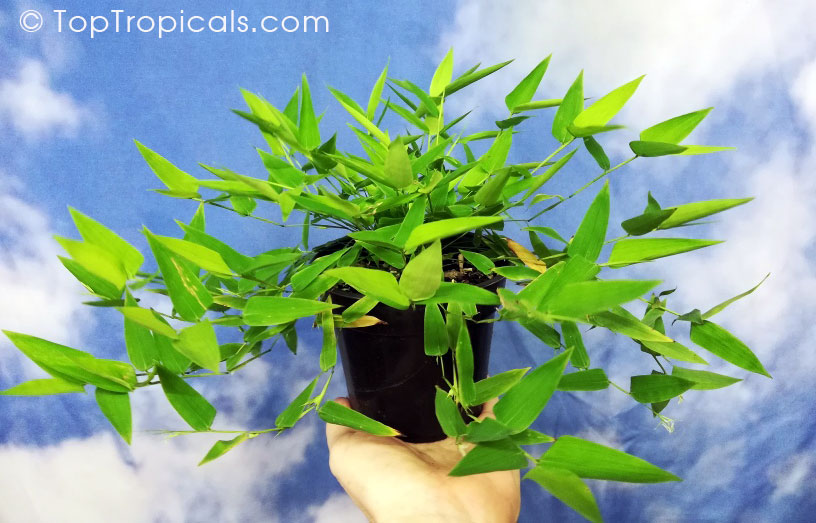 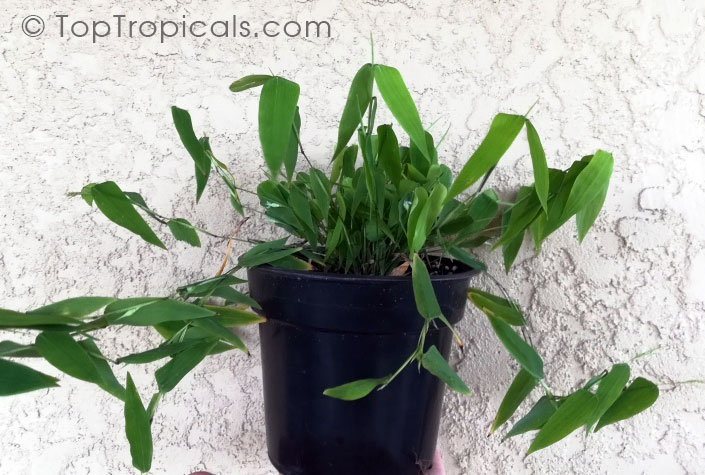 Leaves folding down at night 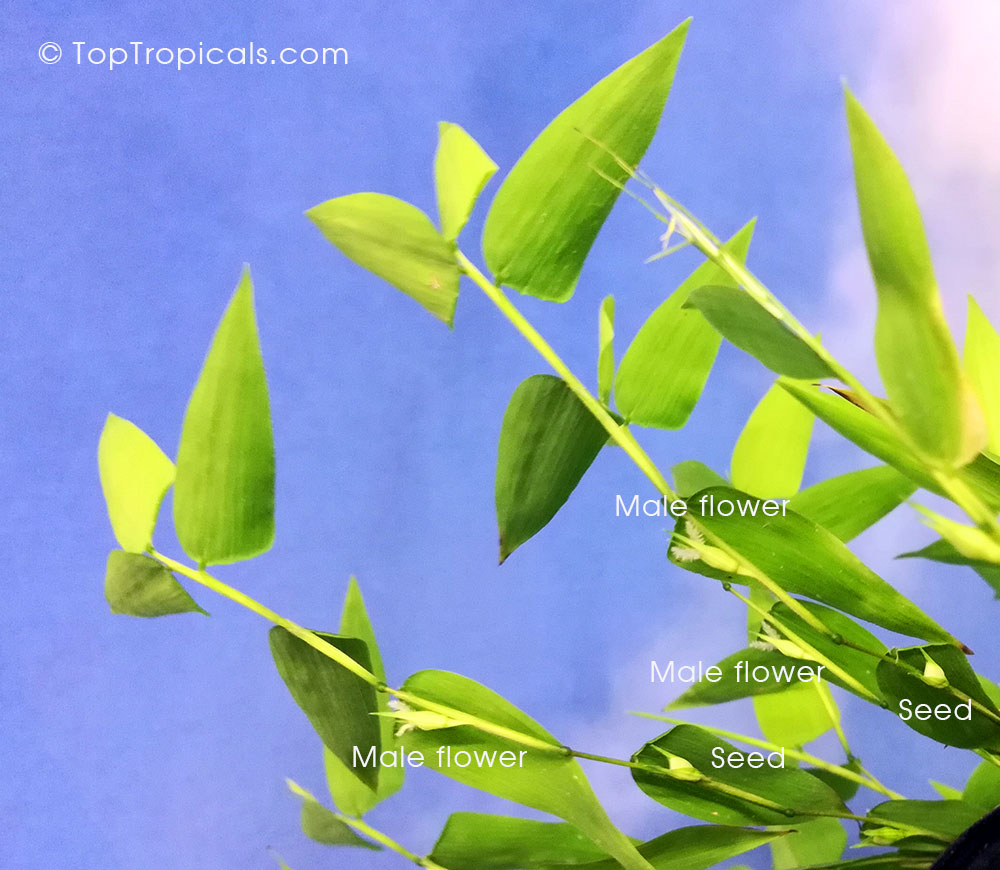 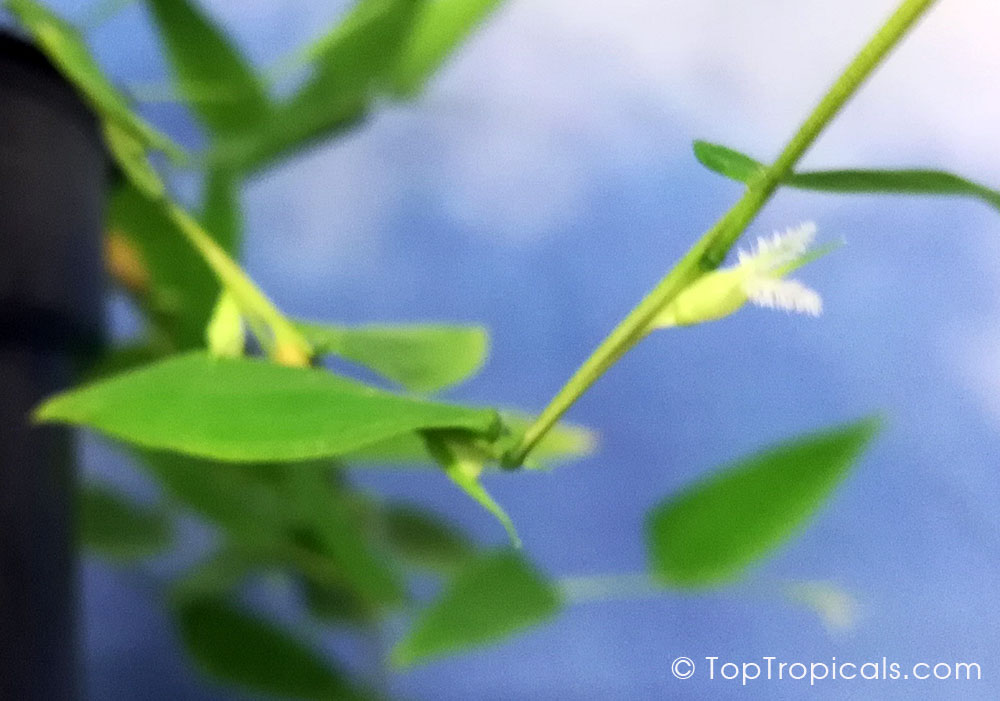 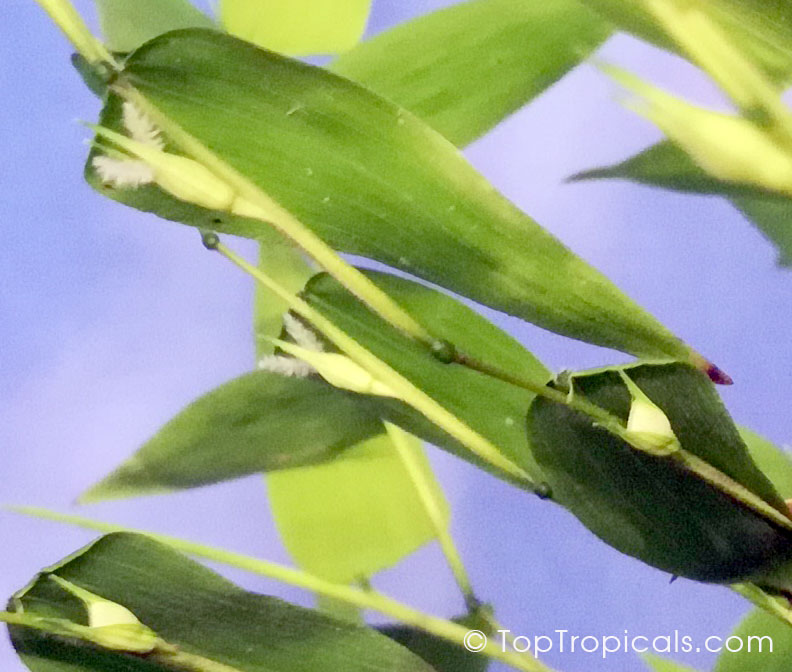 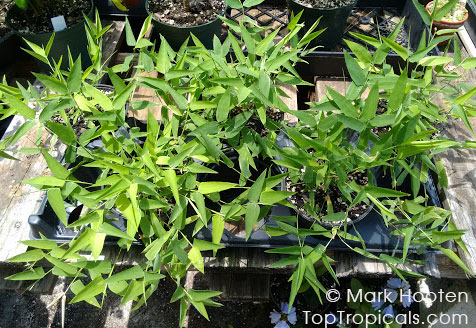