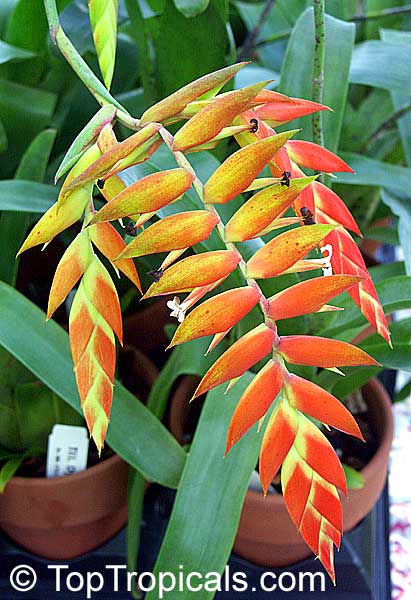 The plant genus Tillandsia, a member of the Bromeliad family Bromeliaceae, is found in the deserts, forests and mountains of Central and South America, and Mexico and the southern United States in North America. The thinner leafed varieties grow in rainy areas and the thick leafed varieties in areas more subject to drought. Nutrients are gathered from the air (dust, decaying leaves and insect matter) through structures on the leaves called trichomes. Tillandsia species are epiphytes, i.e. in nature they normally grow on other plants, without being parasitic, and they grow without soil, growing instead on trees, rocks and cliffs. Reproduction is by offsets called "pups". A single plant could have a dozen pups which can be removed and grown alone or left to form a colony. 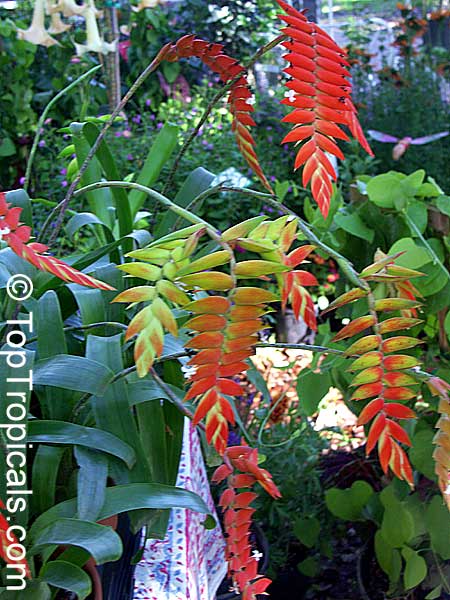 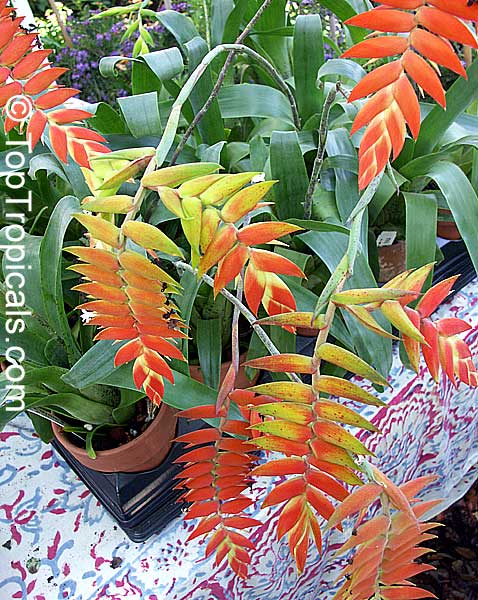 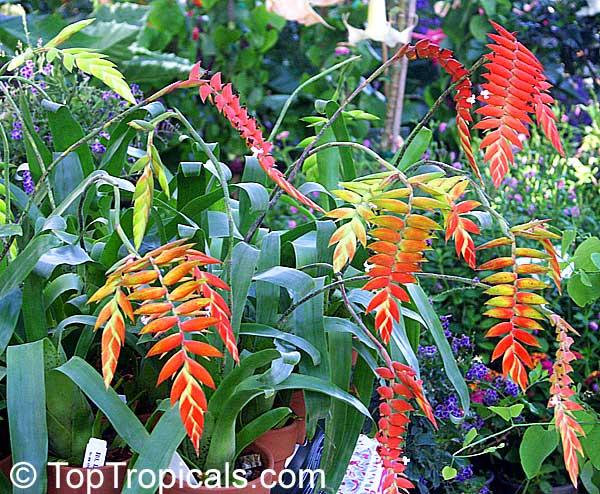 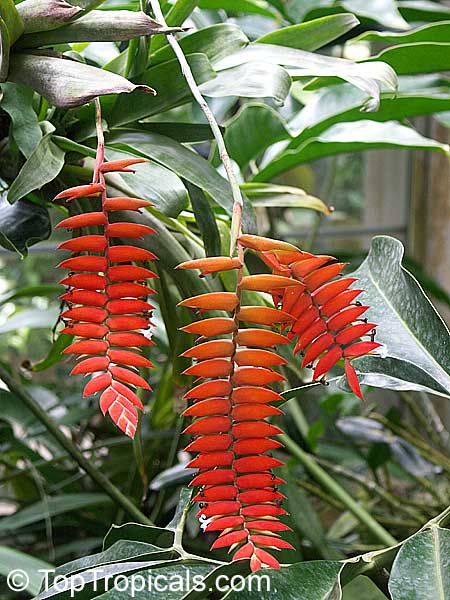 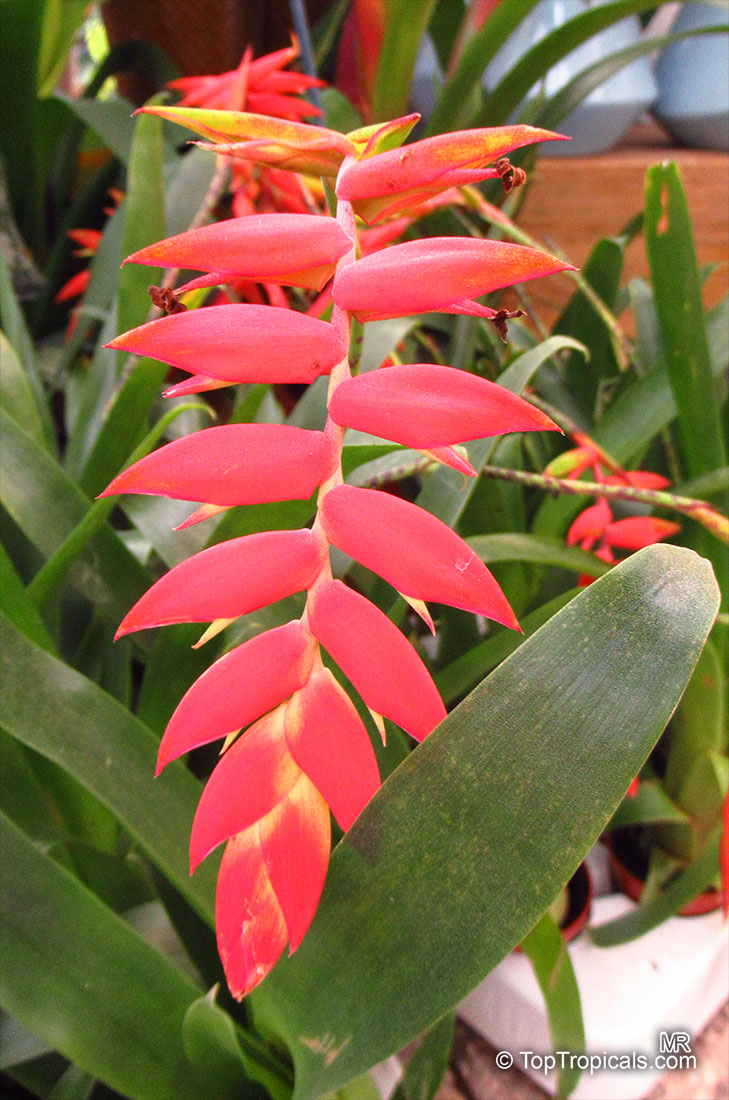 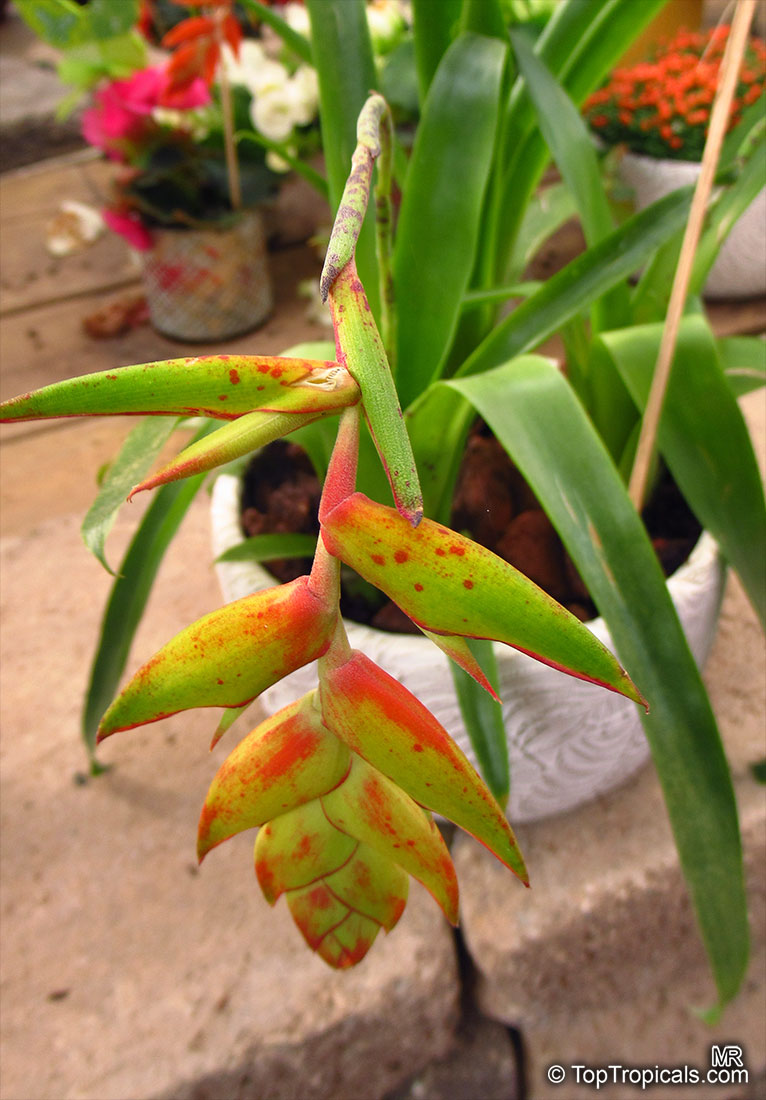