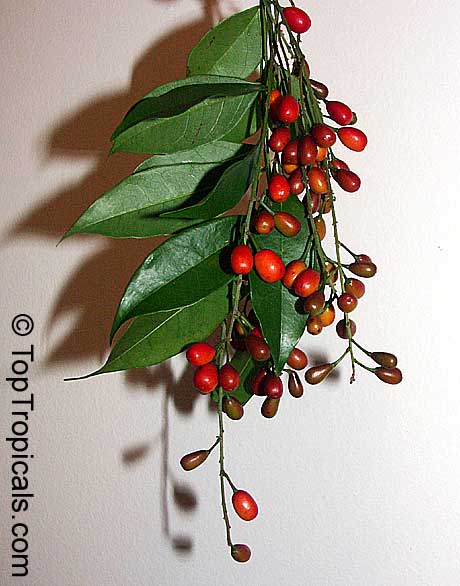 Medium tree. Leaves narrowly ovate, sharply toothed. Flower bright pink in clusters. Ovoid 1/2" fruit, bright red and shiny, with single stone. Often grown along roadsides for its beautiful flowers. It is in flower in April. The flowers are hermaphrodite (have both male and female organs) and are pollinated by insects.

Although no specific mention has been seen for this species, it belongs to a genus where most, if not all members of the genus produce hydrogen cyanide, a poison that gives almonds their characteristic flavor. This toxin is found mainly in the leaves and seed and is readily detected by its bitter taste. It is usually present in too small a quantity to do any harm but any very bitter seed or fruit should not be eaten. In small quantities, hydrogen cyanide has been shown to stimulate respiration and improve digestion, it is also claimed to be of benefit in the treatment of cancer. In excess, however, it can cause respiratory failure and even death. Originally introduced as a garden ornamental for its attractive blossom but now an aggressive invader in many parts of southern Africa.

More similar plants
We have this item for sale
Image gallery: 6 images 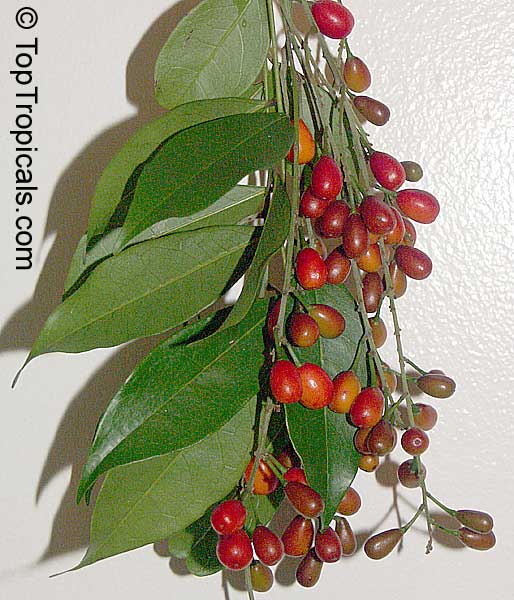 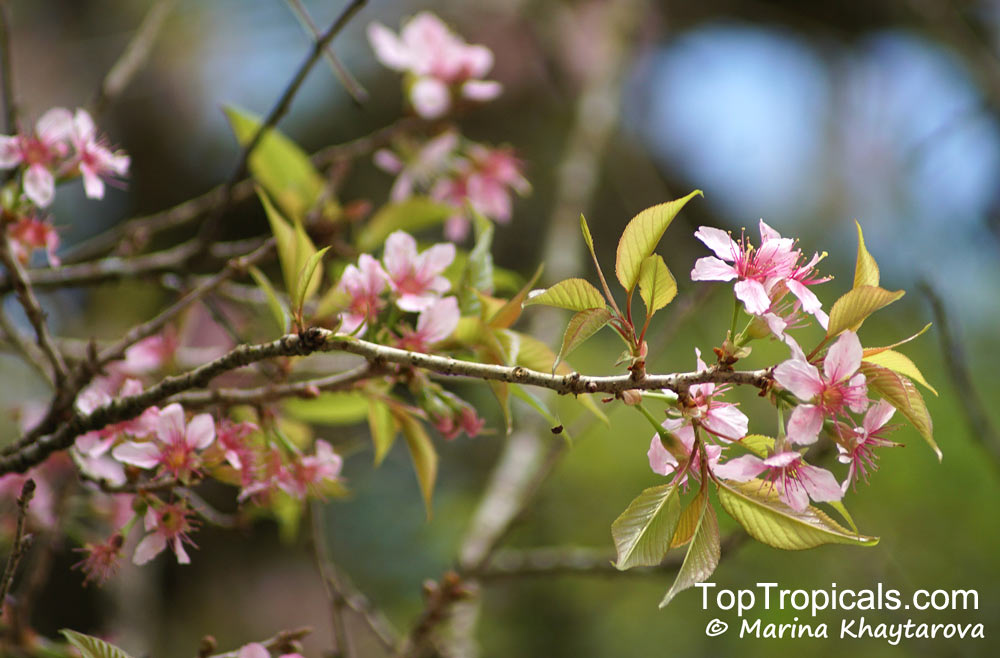 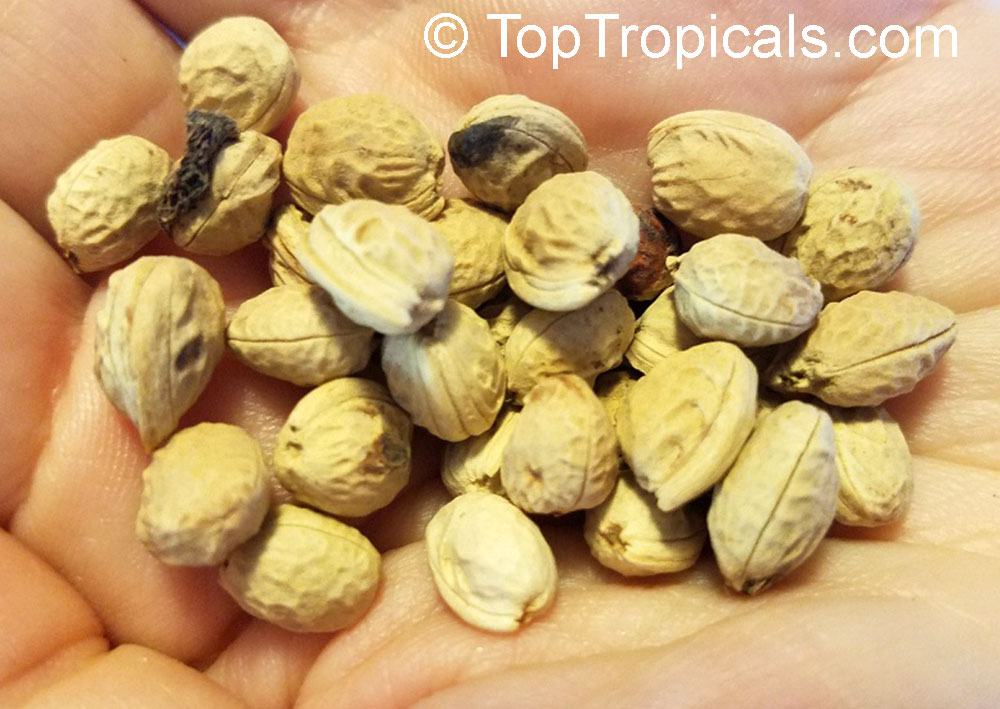 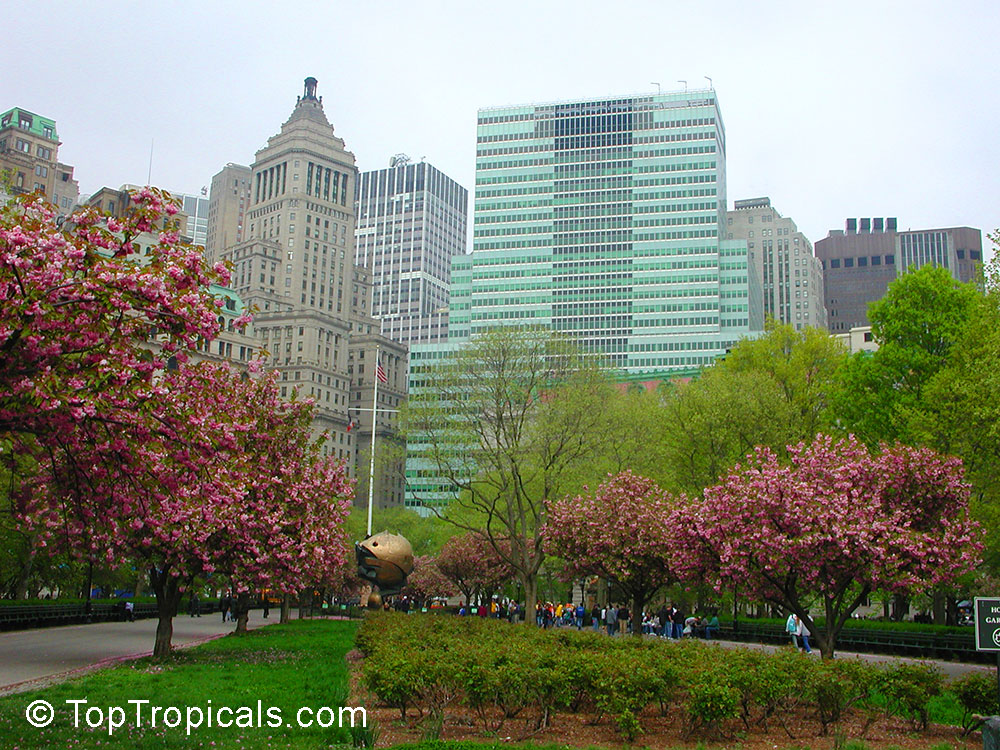 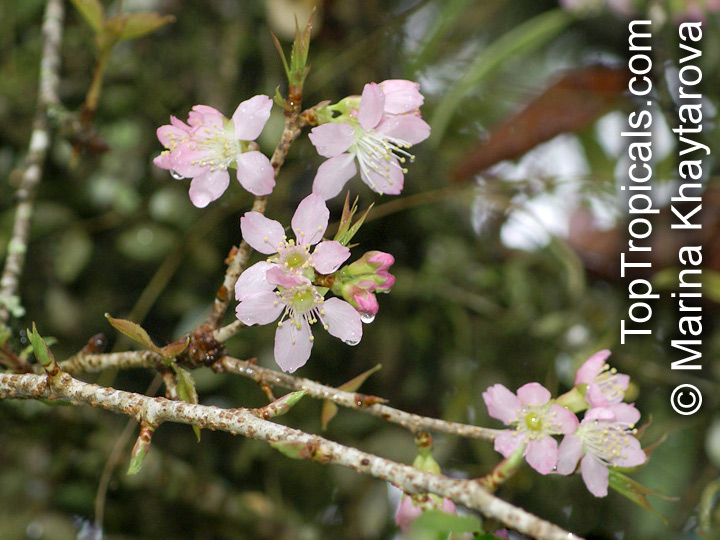 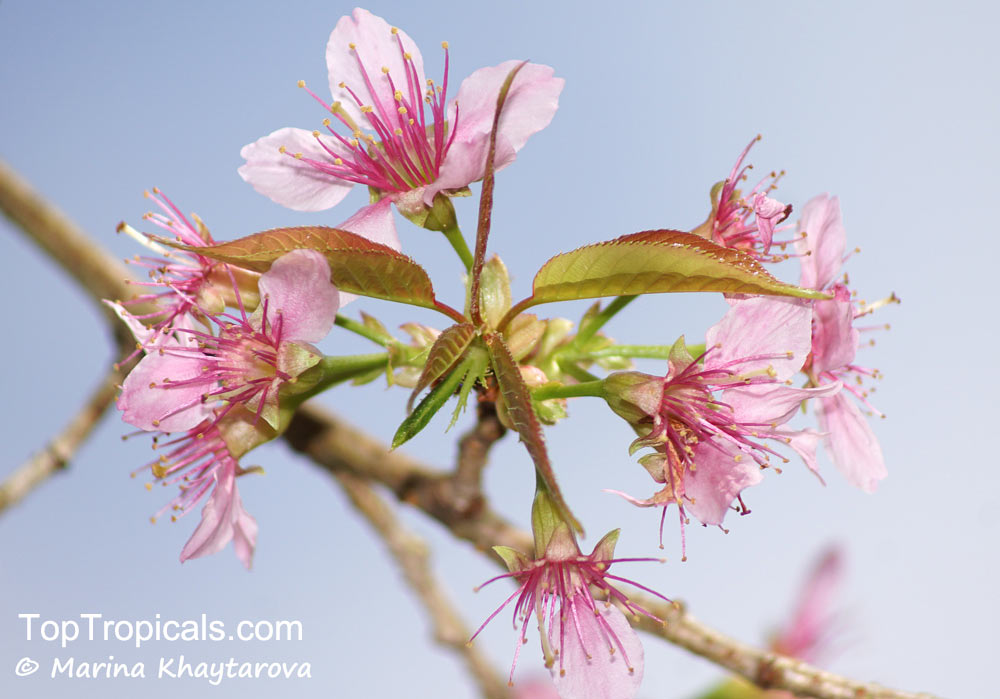