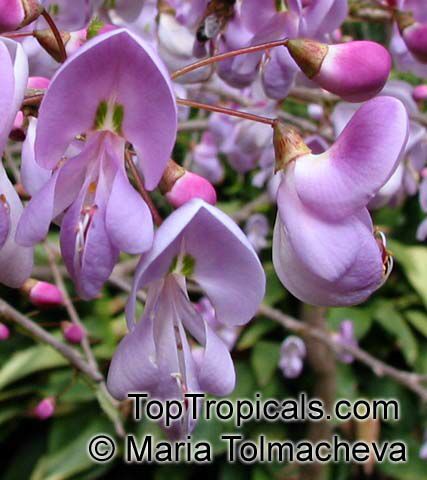 Poitea florida is endemic of Puerto Rico. Known as "Retama prieta". Adaptable to various climatic conditions throughout the island of Puerto Rico - from inland up to the coast, from extremely dry to moderate rainfall. Very showy when it blooms. Looks like an open umbrella with tiny flowers that can be red or pink (purplish). 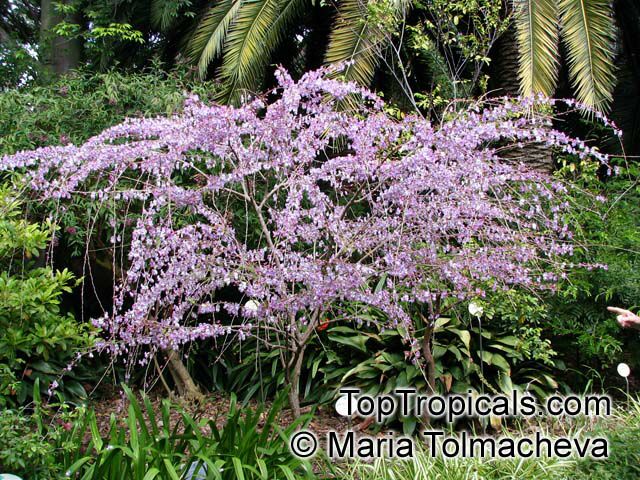 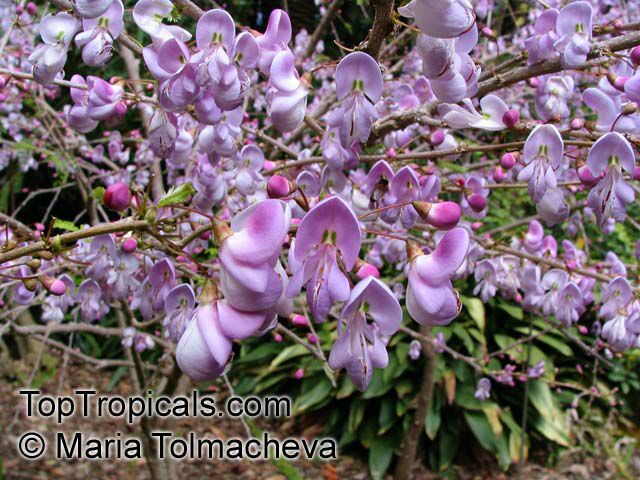