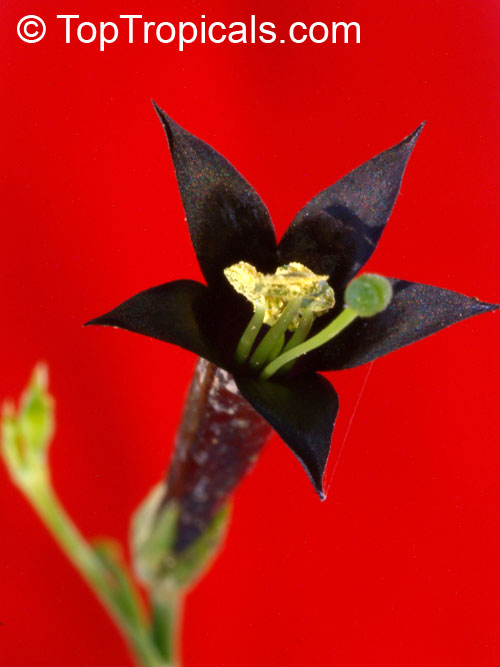 The Blackest Flower in the World. A low growing perennial with lanceolate leaves and drooping bell-shaped flowers that are completely black color. Being the rarest of flower colors, black has always held a special fascination. A little-known Mexican species with the blackest flowers ever seen.

By Rob Nicholson: Truly black species - not horticultural creations such as black tulips or black violets - are especially rare. La flor de muerte - a vernacular name comes from the local custom of planting the flower around graves. It was first described by a botanists in 1831 but has since received only sporadic study. The plant had been collected in Oaxaca in 1939 by the Harvard botanist Richard E. Schultes, whose later work in Amazonia would make him one of the most important botanists of this century. In 1938 and 1939, Schultes explored the mountainous terrain of northern Oaxaca--an area known by some as the Chinantla--in search of powerful medicinal plants alluded to in ancient Aztec herbals. There he found and identified various hallucinogenic mushrooms and herbs, and near the small hillside village of Santo Domingo Latani, he also collected a "striking, black-flowered" plant, the object of curiosity. 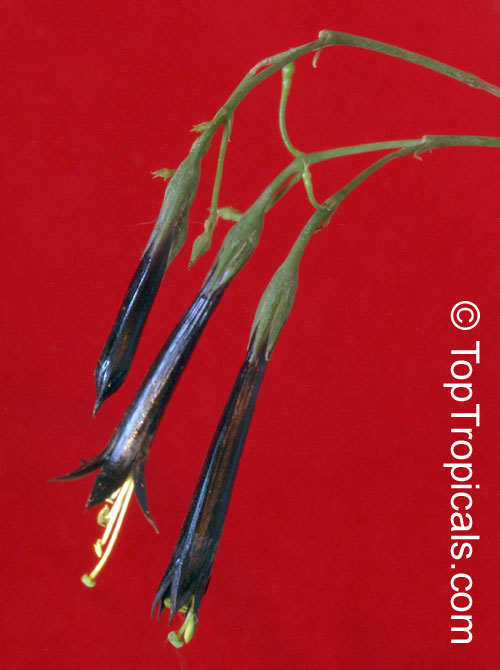 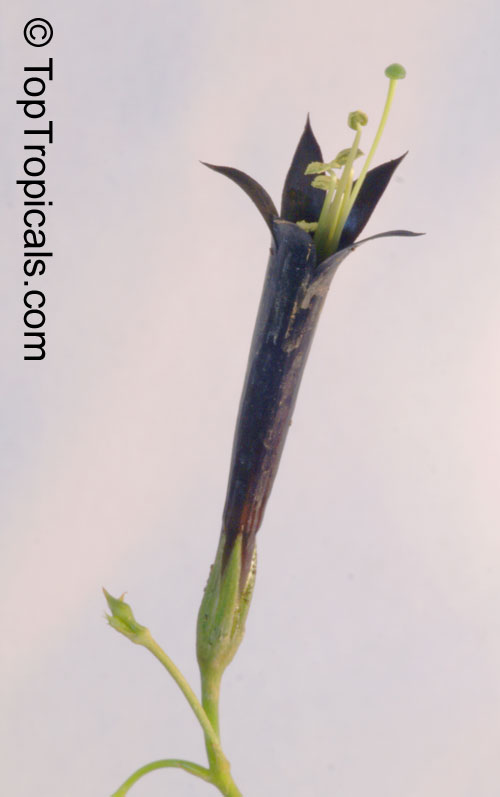 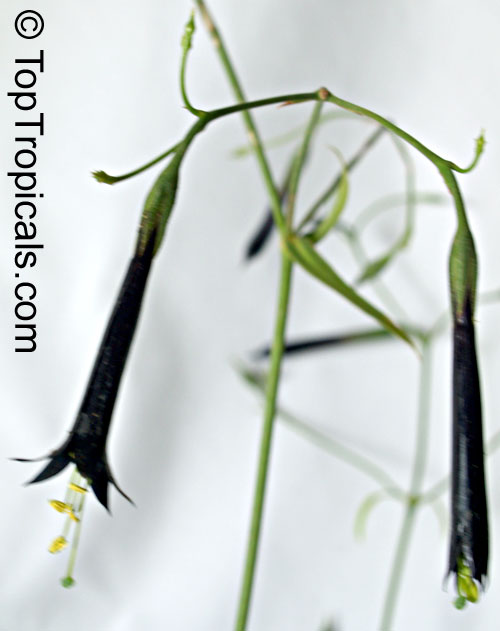 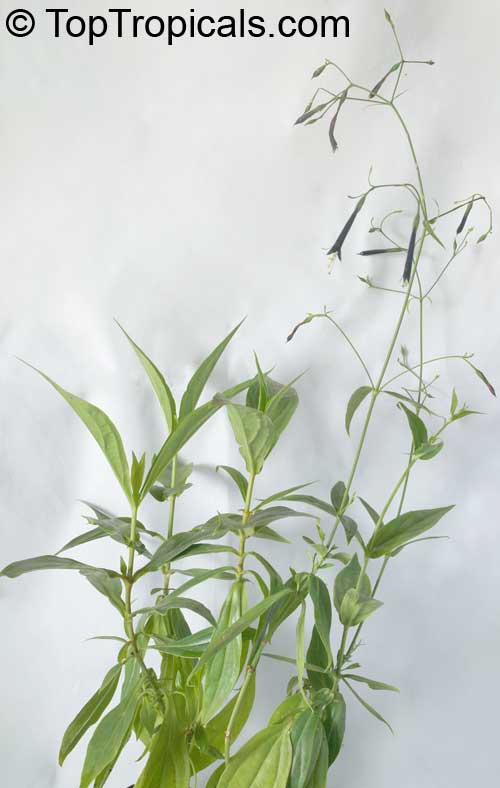 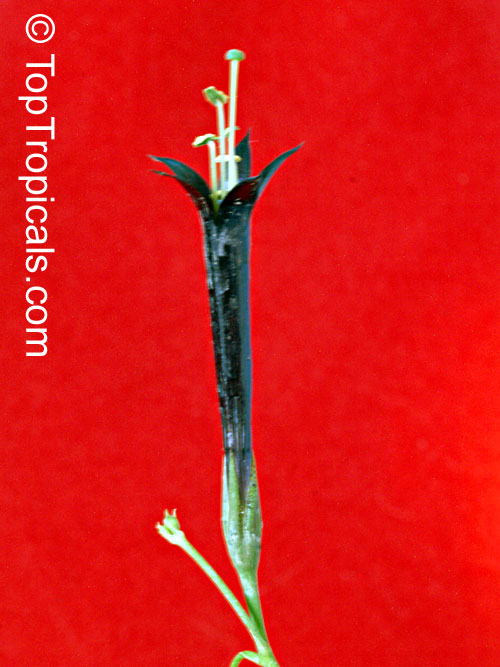 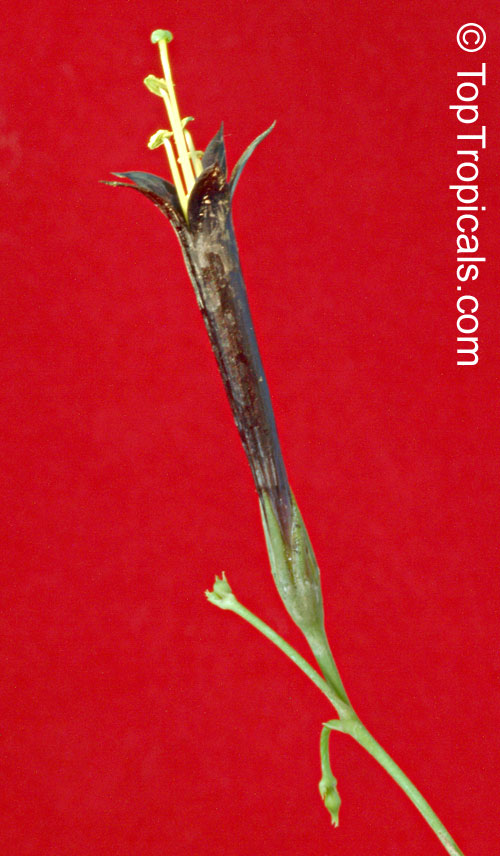 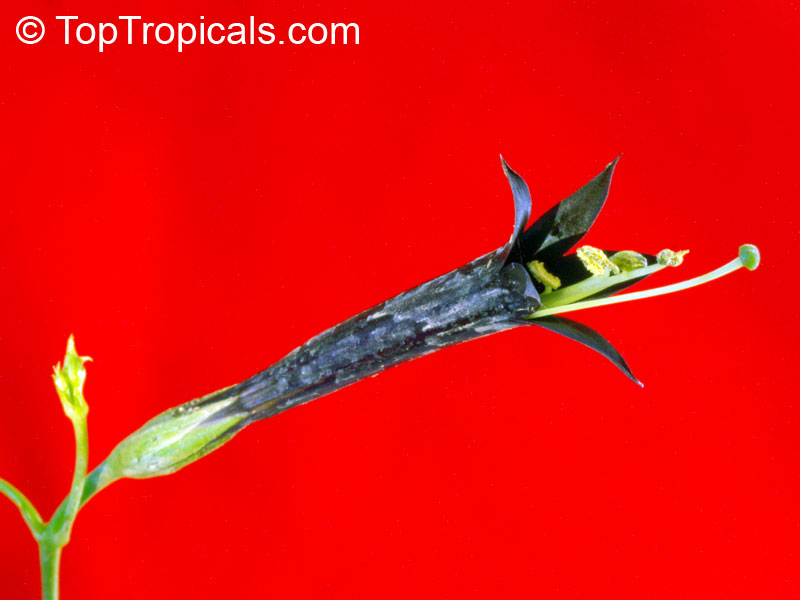