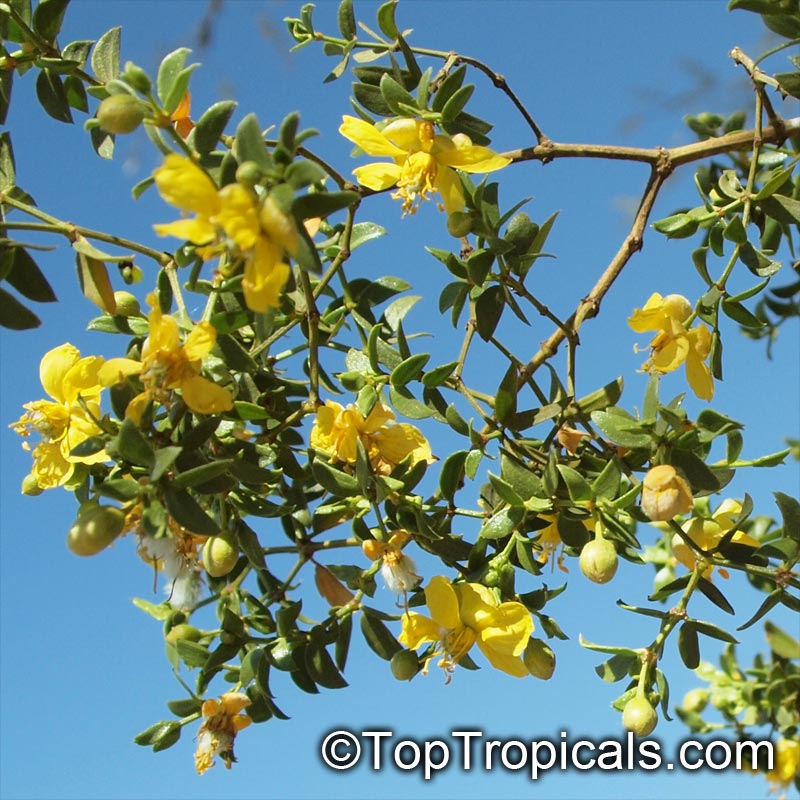 Larrea tridentata is native to Mexico, Texas, and the southwestern US as far north as California and Idaho. It is hardy in USDA zone 9-11 and prefers full sun. It is very tolerant of both dry and moderate water conditions, making it suitable for most climates. This species can also tolerate saltwater and alkaline soils.

When growing in a pot, the creosote bush should be placed in an area with plenty of full direct sunlight and the soil kept moist but not soggy. It should be placed in a pot with well-draining soil and occasionally watered with liquid fertilizer. In cold regions, Larrea tridentata may be grown in an indoor pot. Light requirements are the same, with the addition of using a grow light to ensure adequate sunlight. Ensure that the soil is allowed to dry out between watering, as overly wet soil can be damaging to the creosote bush. The soil should also contain adequate amounts of nitrogen, phosphorus, and potash.

The creosote bush is considered an ethnomedical plant, and has been used for centuries by Indigenous people to treat a wide range of ailments. It was also used for fuel, to make bows, and for other medicinal purposes. The plant's flowers are incredibly attractive to pollinators and are a magnet for visitors from the insect world. As a large shrub, Larrea tridentata typically grows to heights of 5-10 feet. Over time, the plant also develops an umbrella-like shape and its resinous leaves emit a distinctive quick-drying aroma. 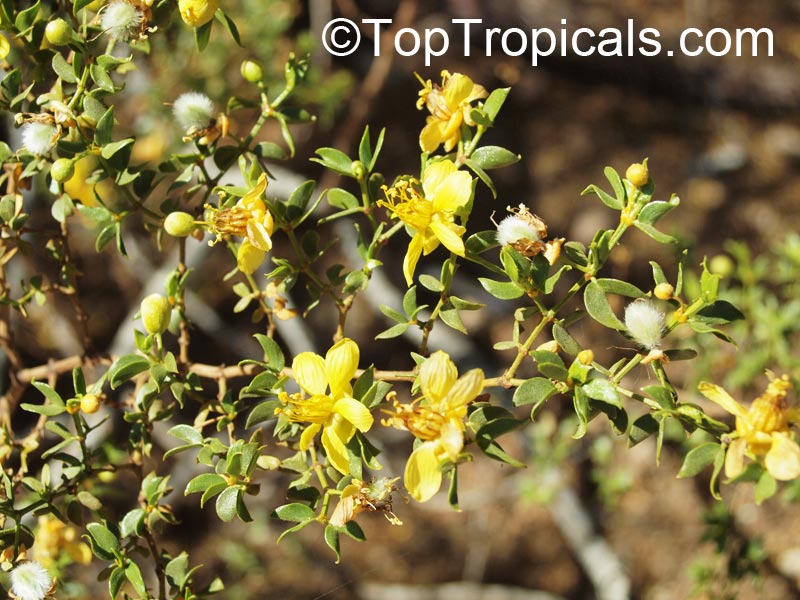 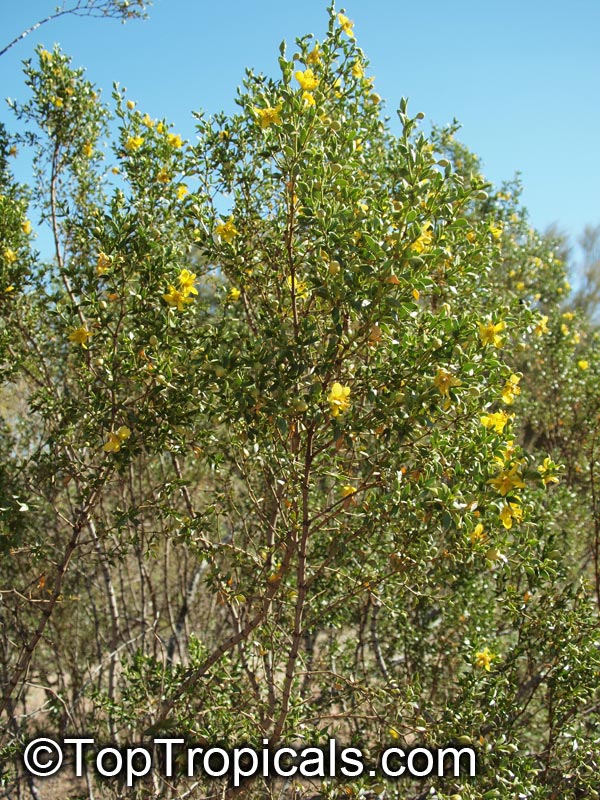 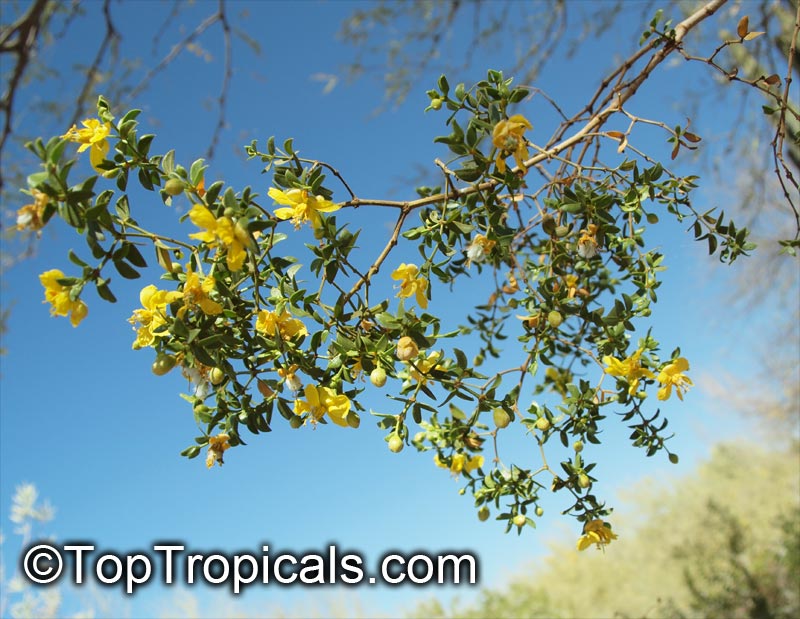