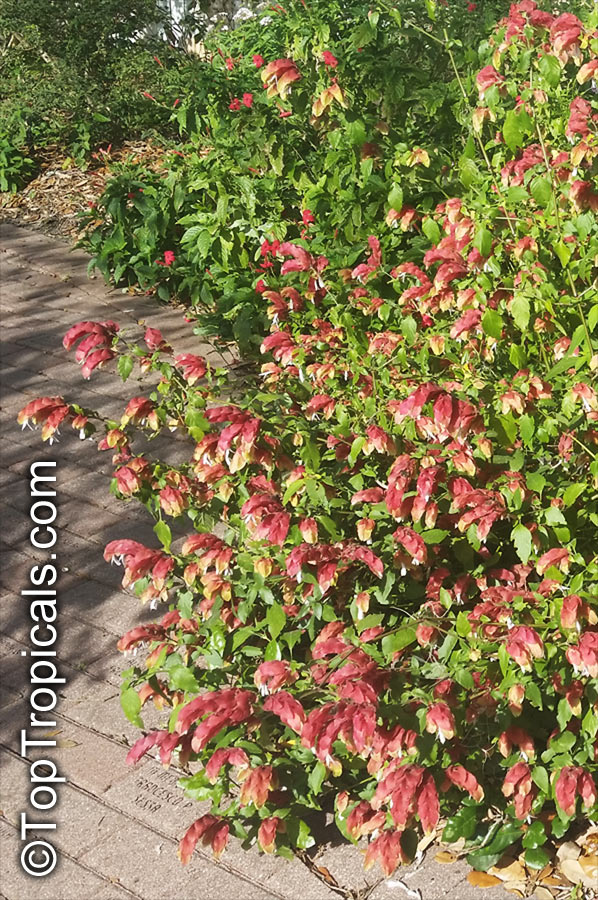 Justicia brandegeana (Mexican Shrimp Plant), is a captivating and ornamental native to Mexico. Growing between 2-5 ft tall and wide, this small shrub is striking with its off-white and crimson blooms atop a stem that can reach up to 8 in. The flower spikes themselves, have yellowish bracts that remain long after blooms have faded, further adding to the beauty and decoration of this small shrub. The foliage of this plant is composed of light green oval leaves that are soft to the touch and downy on the underside of each leaf.

Though this plant is evergreen in mild climates, and blooms almost continuously, it is important to prune regularly and to accommodate the Mexican Shrimp Plant's weak sprawling nature. In colder regions, this plant can be successfully grown in wide pots, so long as the plant is brought indoors during the winter months. When growing this plant in containers, it is important to remember to provide plenty of full sun for the plant to thrive, however it may also tolerate partial shade, and require regular watering, as well as having its soil slightly moist at more moderate times.

Native to USDA Zones 9-11, this small shrub rewards those who keep it with a show of off-white and crimson flowers almost continuously throughout the year. With proper pruning and water care, this Mexican lovely is sure to light up any outdoor living space, be it in the garden or in a wide container.

More similar plants
We have this item for sale
Image gallery: 19 images 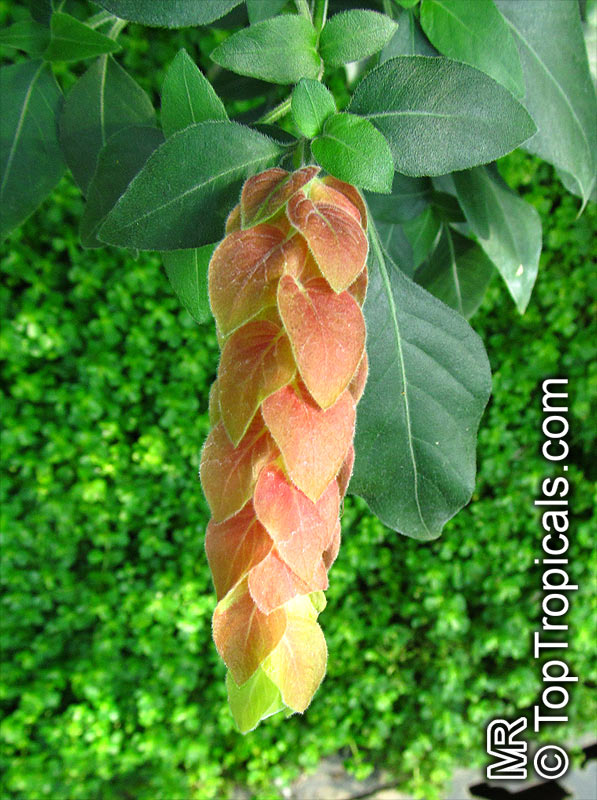 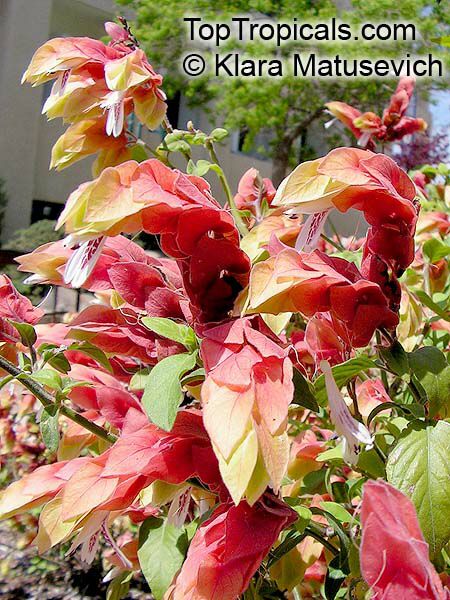 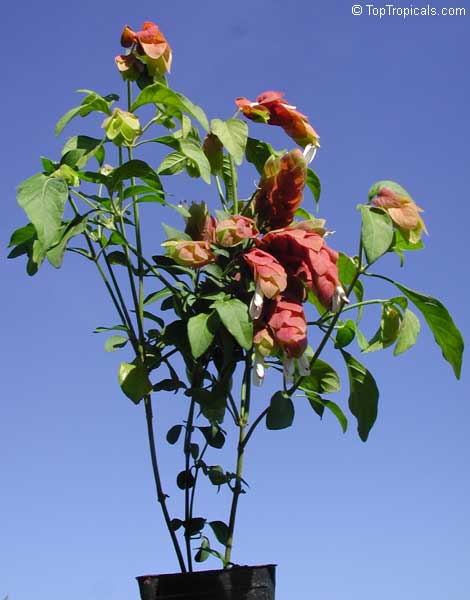 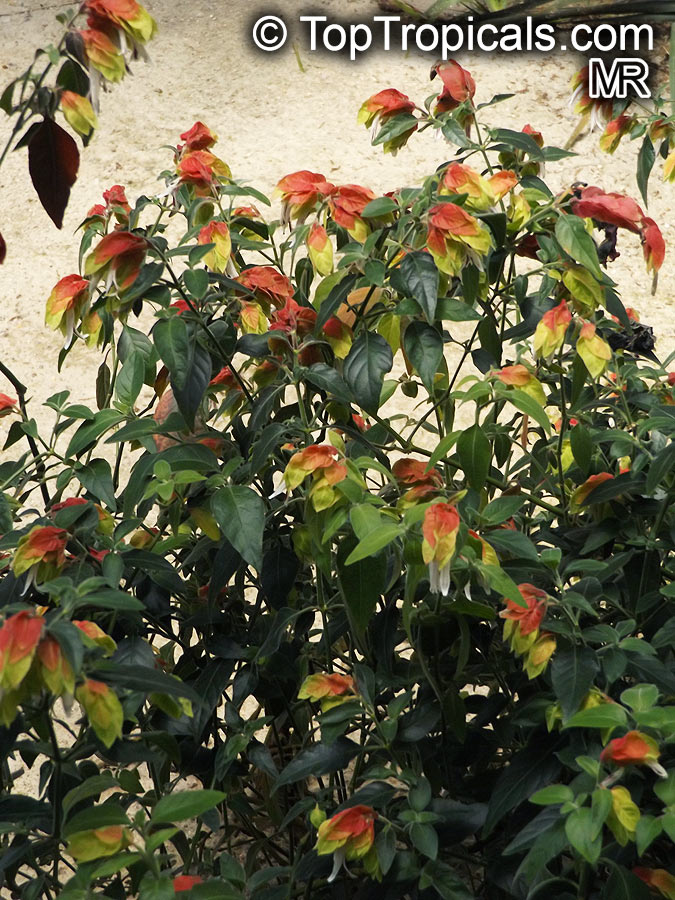 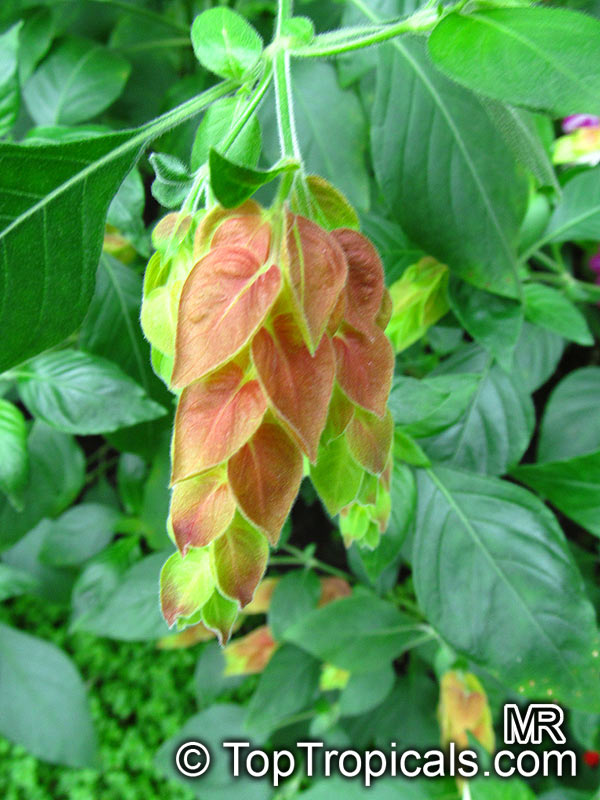 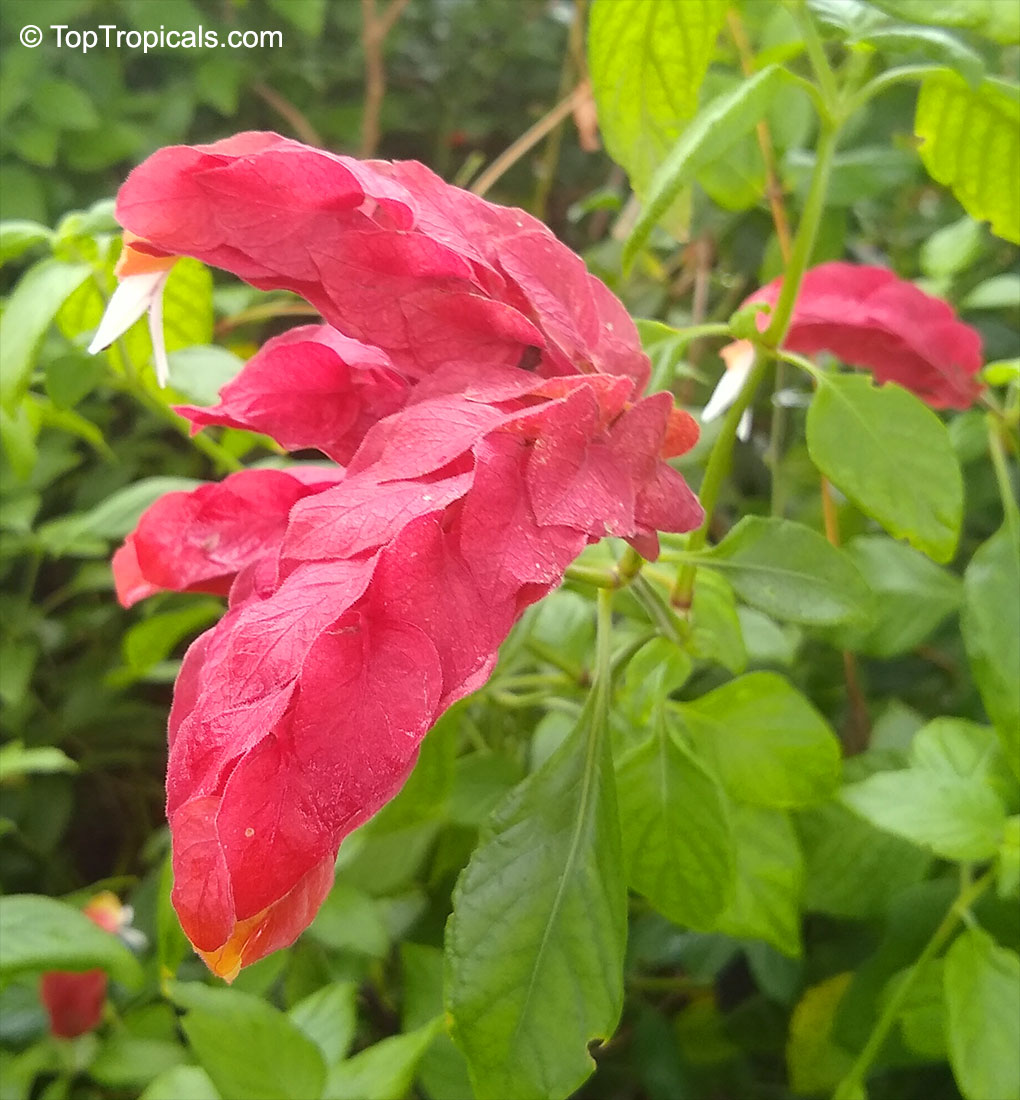 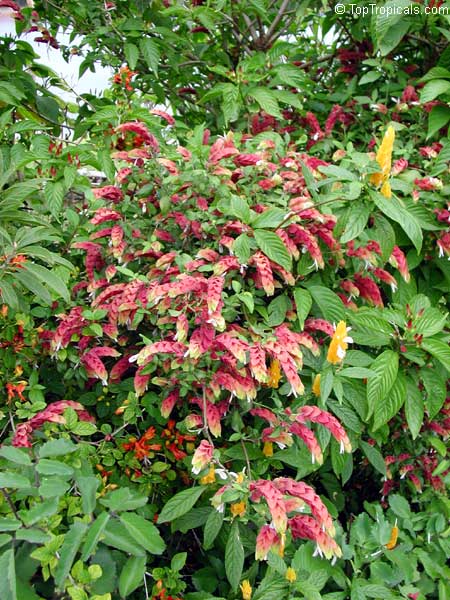 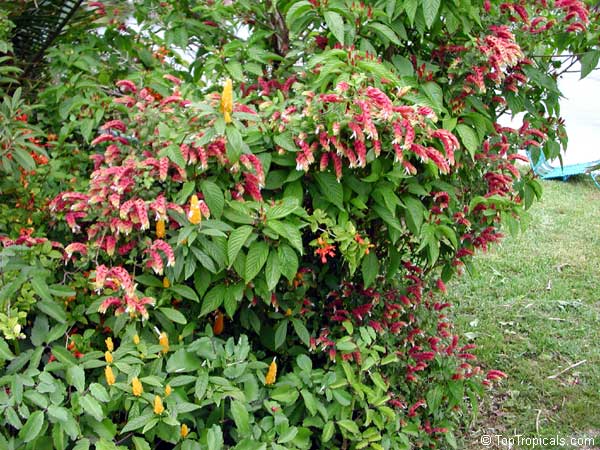 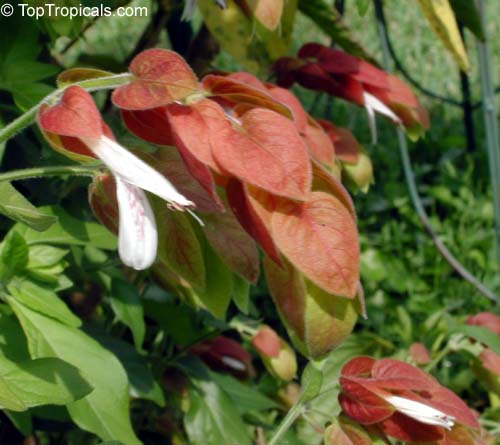 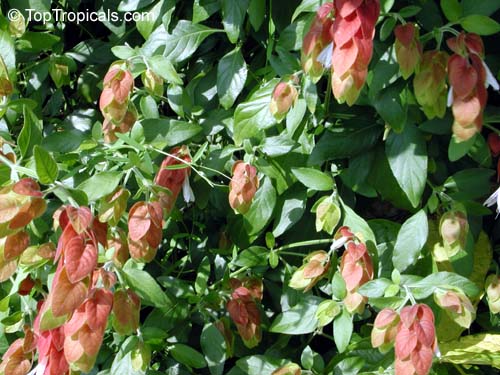 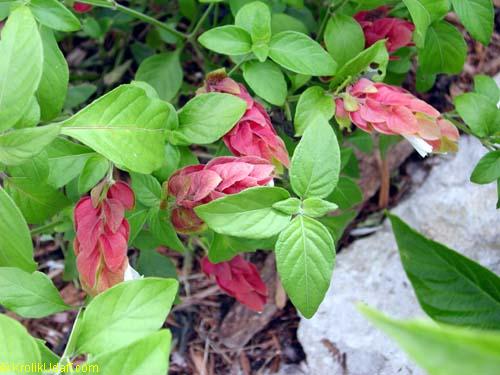 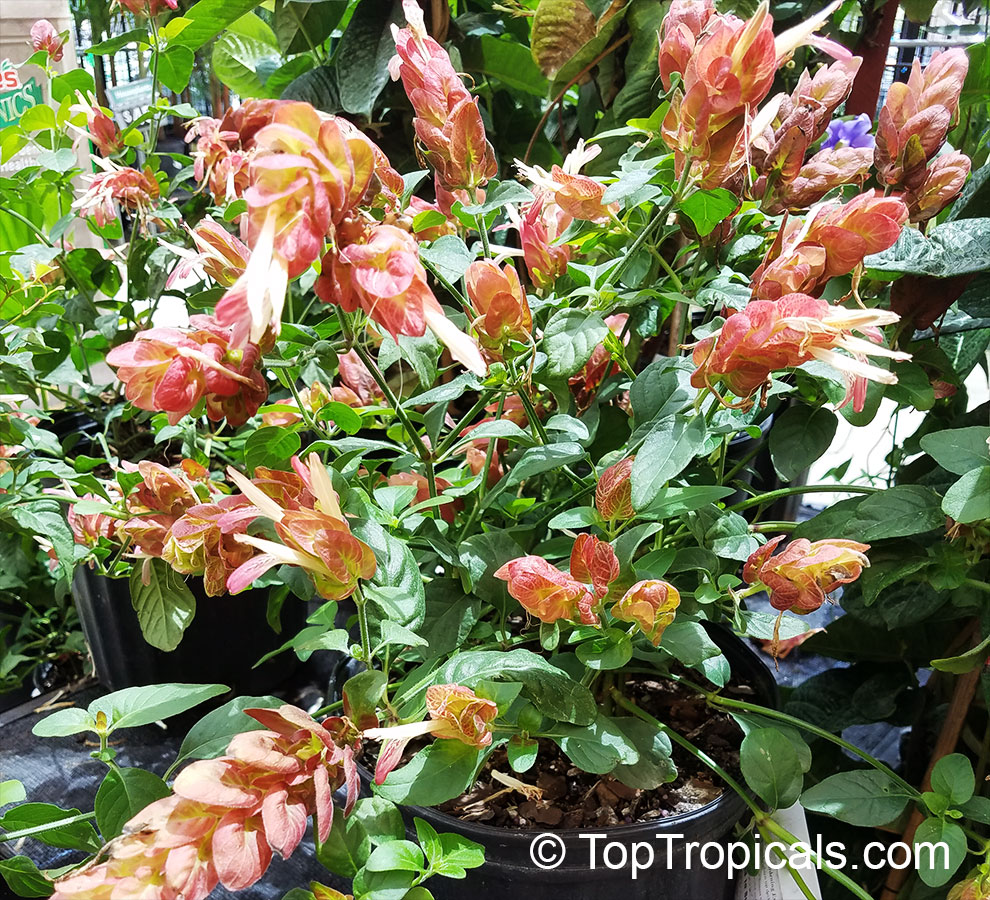 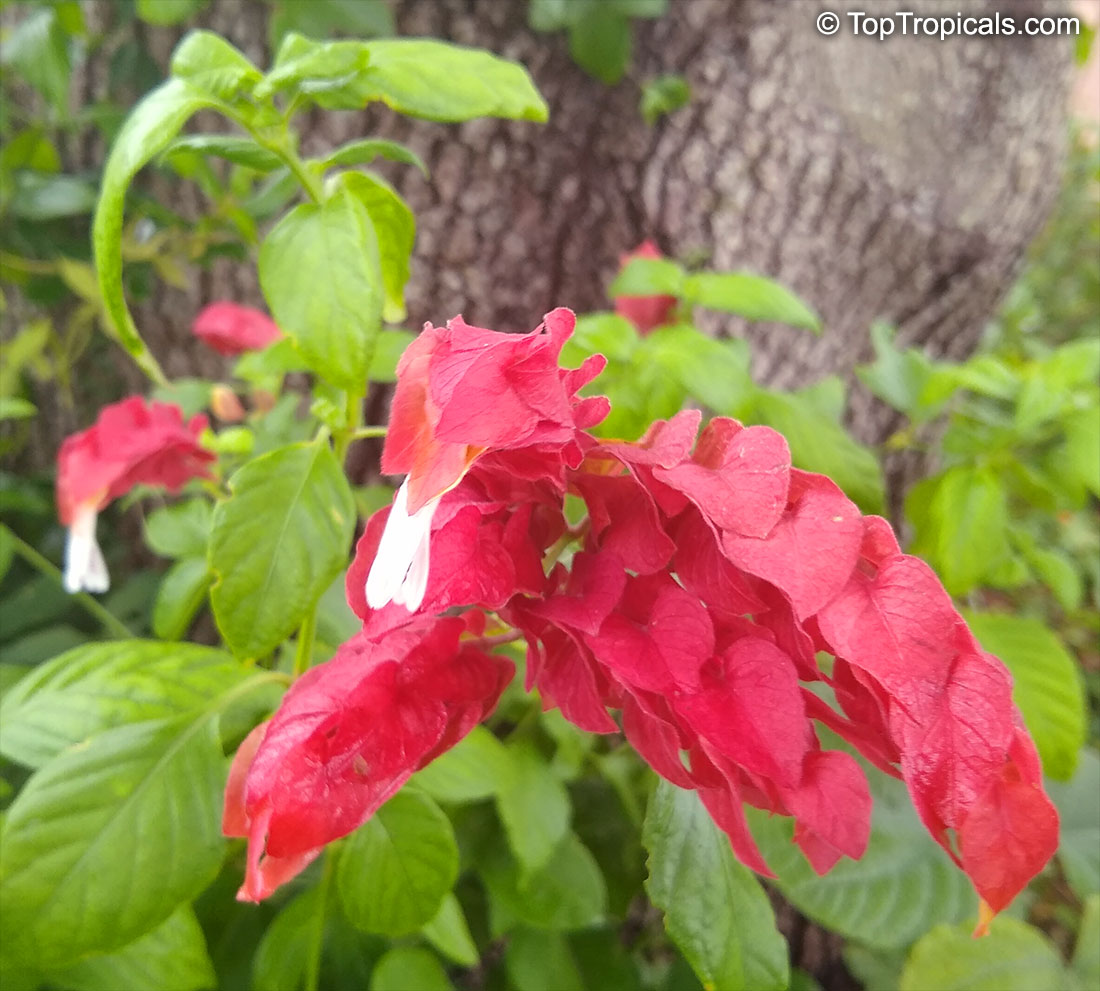 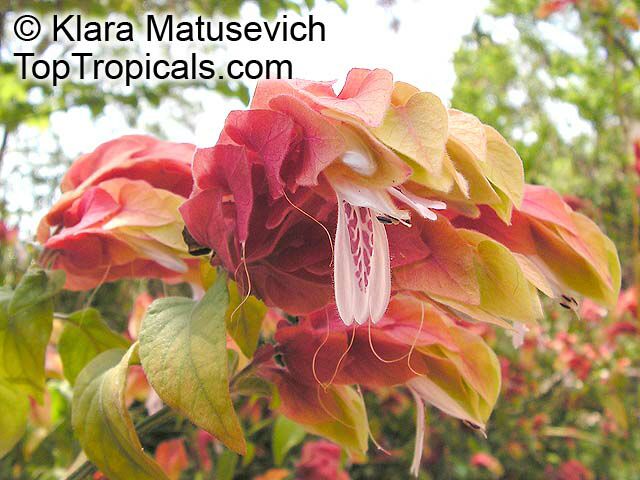 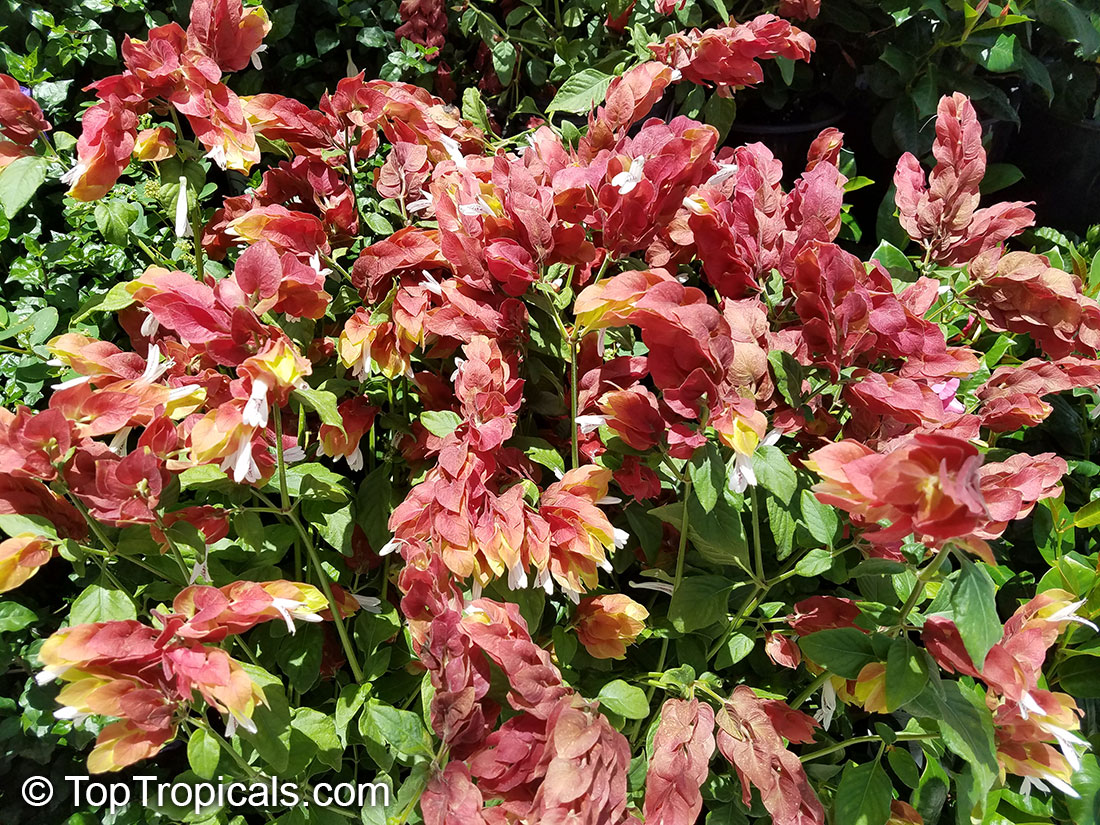 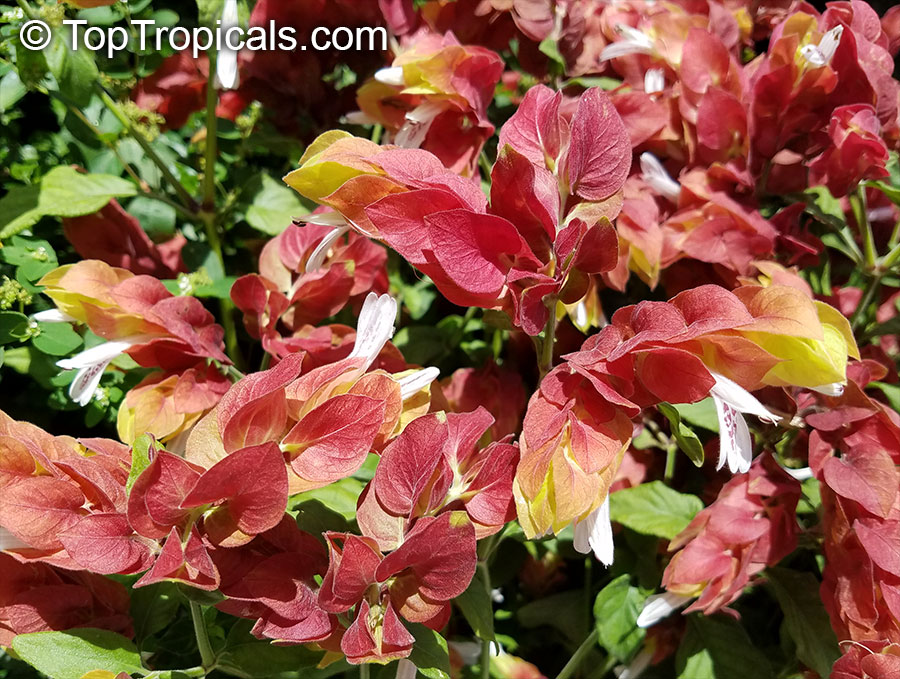 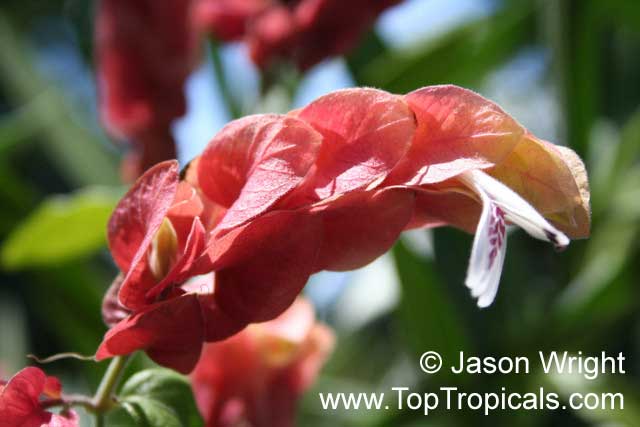 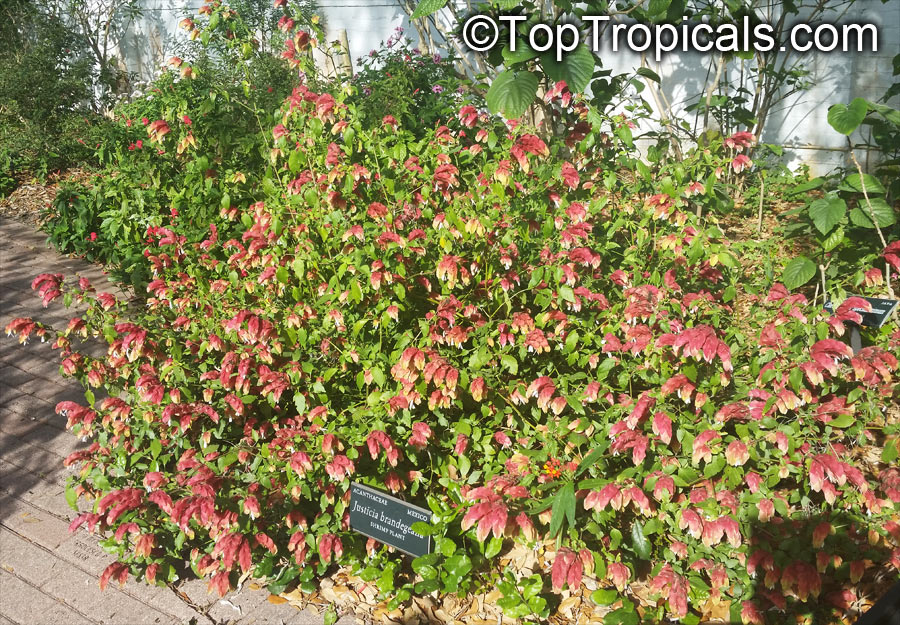 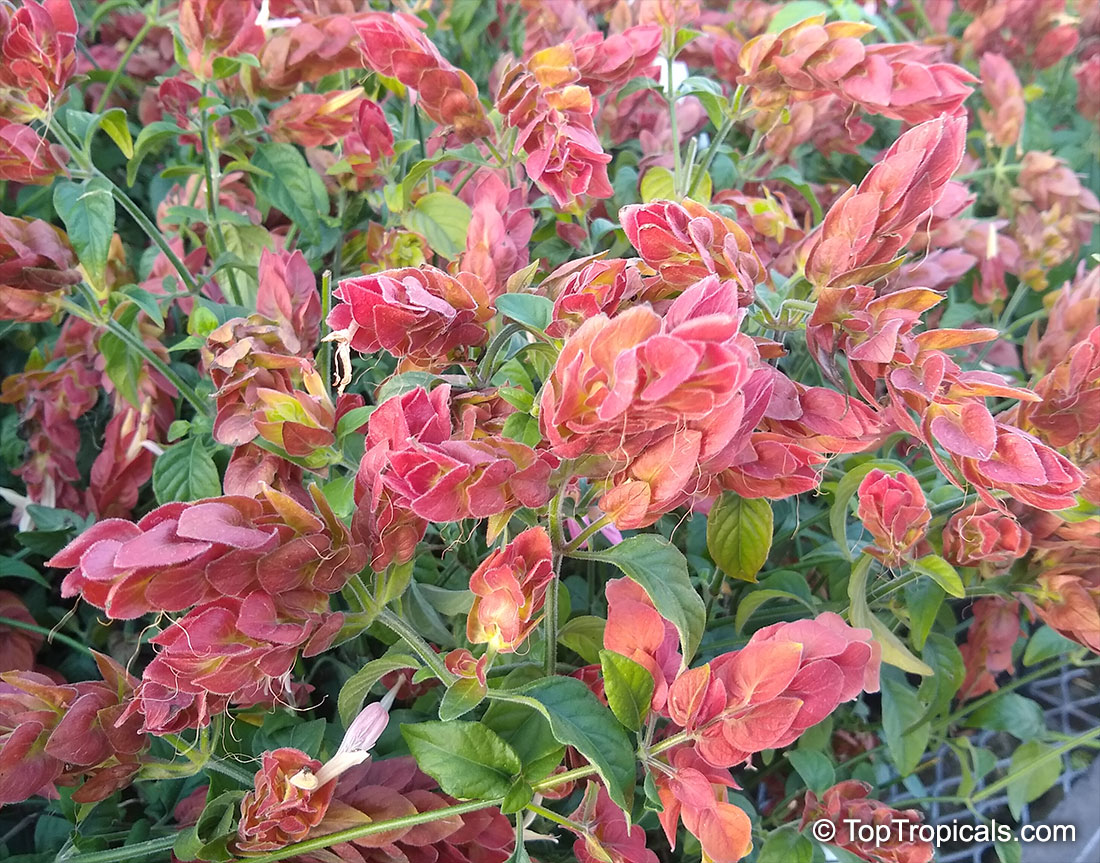