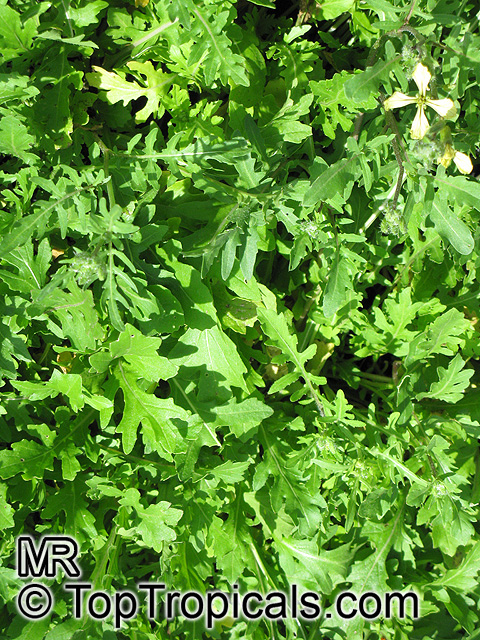 A hardy southern European annual, grown since the sixteenth century, with smooth, glossy, lyrate leaves and pale citron-yellow flowers. It can be eaten young and tender in salads or mixed into pasta and rice dishes. It is used as a leaf vegetable, which looks like a longer leaved and open lettuce. It is rich in vitamin C and potassium. It has been grown in the Mediterranean area since Roman times, and is considered an aphrodisiac. In addition to the leaves, the flowers (often used in salads as an edible garnish), young seed pods and mature seeds are all edible. It is now cultivated in various places, especially in Veneto, Italy, but is available throughout the world. In India, the mature seeds are known as Gargeer. It has a rich, peppery taste, and has an exceptionally strong flavor for a leafy green. It is generally used in salads but also cooked as a vegetable or used raw with pasta or meats in northern Italy and in coastal Slovenia. On the island of Ischia in the Gulf of Naples, a digestive alcohol called rucolino is made from the plant, a drink often enjoyed in small quantities following a meal. 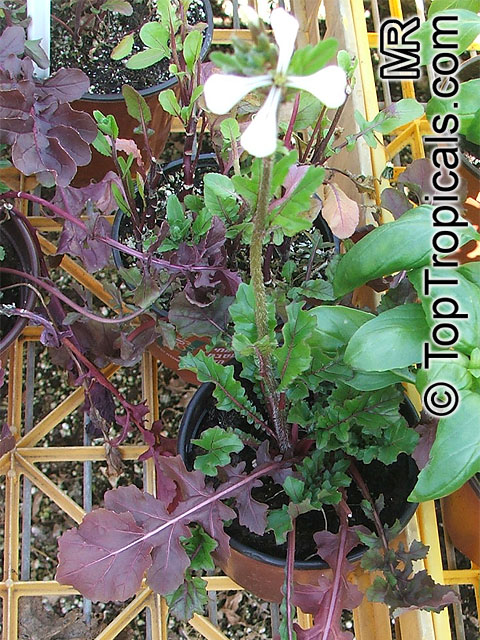 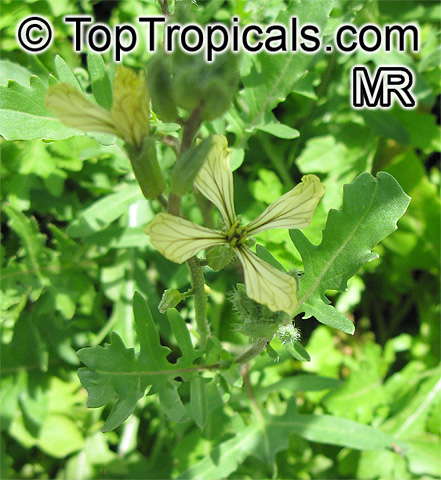 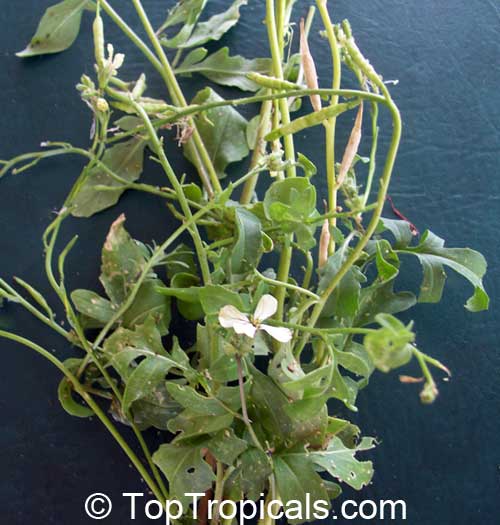 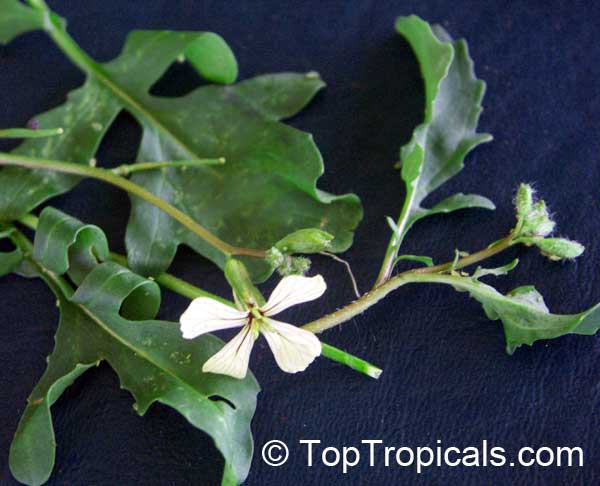 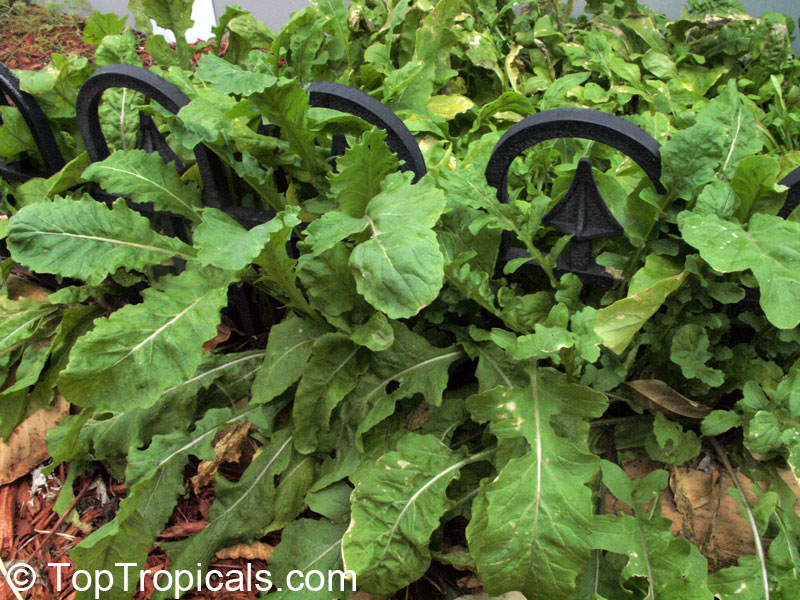 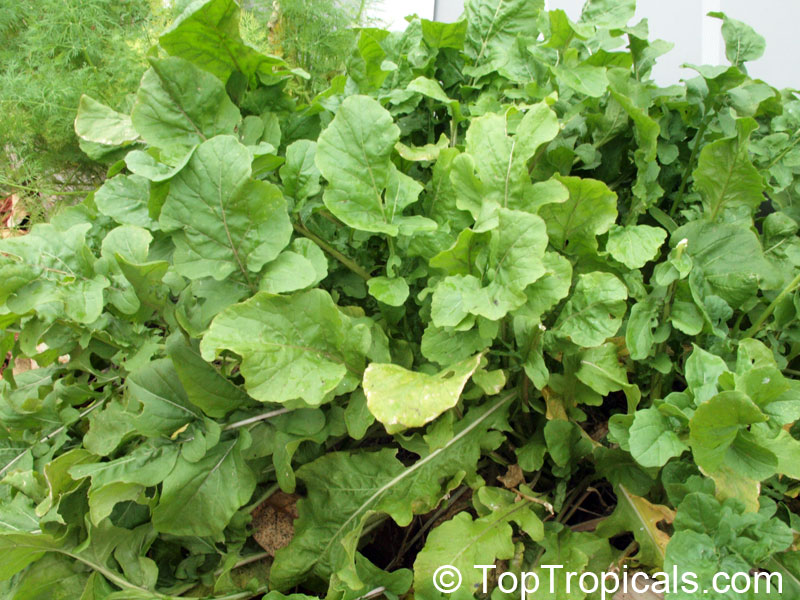