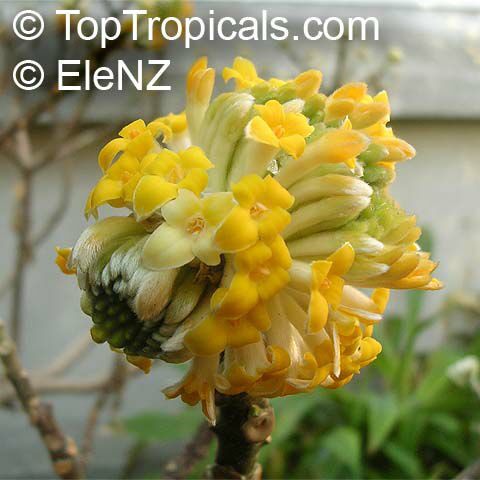 Edgeworthia chrysantha is a heavily-wooded deciduous shrub. The genus Edgeworthia comprises three very similar species from China and Japan. It is named after Michael Pakenham Edgeworth (1812-81), a part-time botanist, plant collector and employee of the East India Company. Apparently E. papyrifera has white flowers, not the yellow of E. chrysantha, though some botanists regard them variations of one species. The foliage is attractive, especially when young, but this is a plant grown for its flowers. They are bright yellow aging to creamy white, tubular and about 1cm long. Individually they are nothing much, but they are densely packed in 8cm diameter globose heads. The are very fragrant and open until late winter from buds that have been obvious from late autumn. The flowers are followed by dry, purplish-green berries known technically as drupes. A moist, well-drained, humus-enriched soil is best. 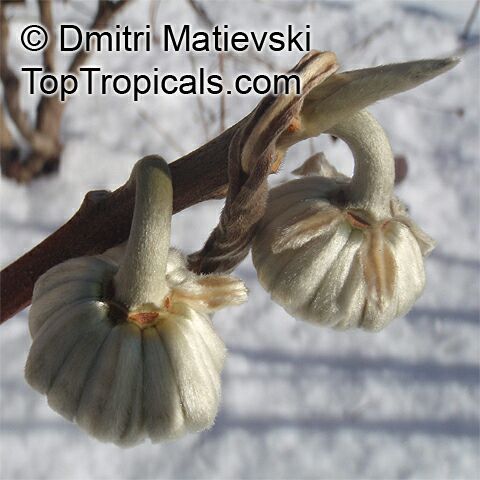 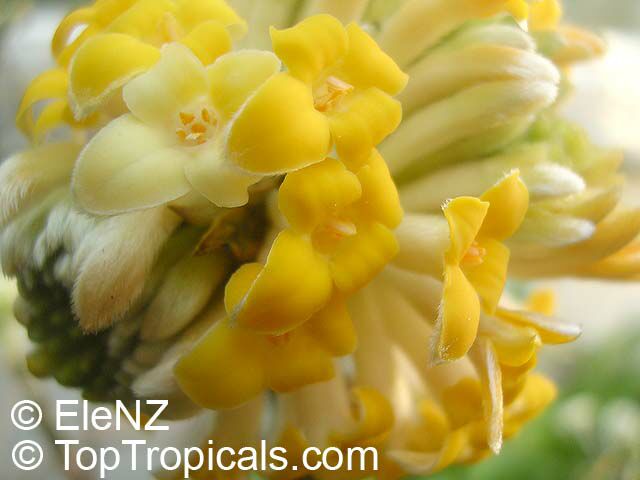 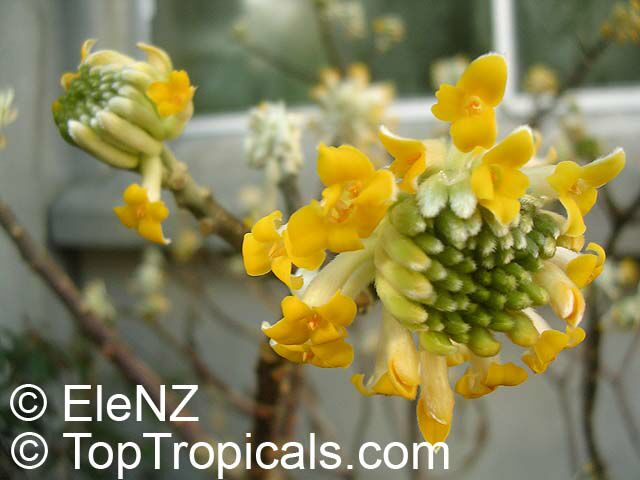 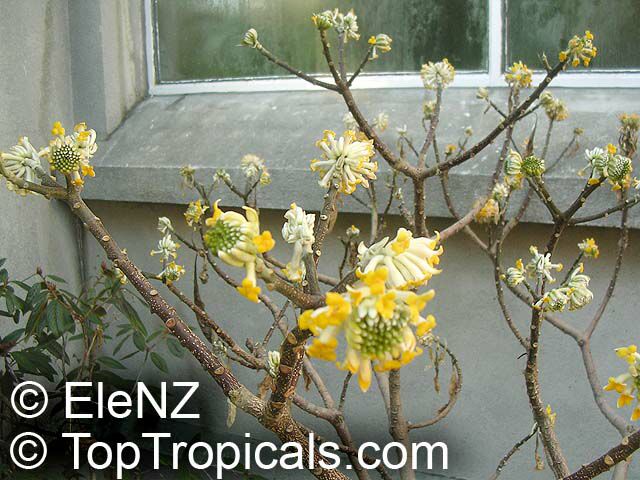 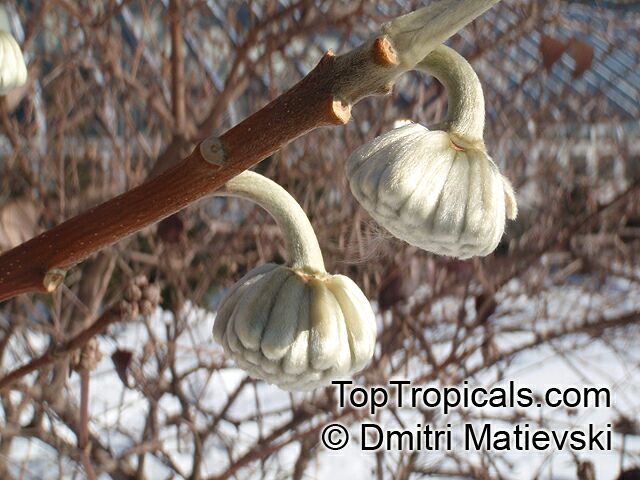