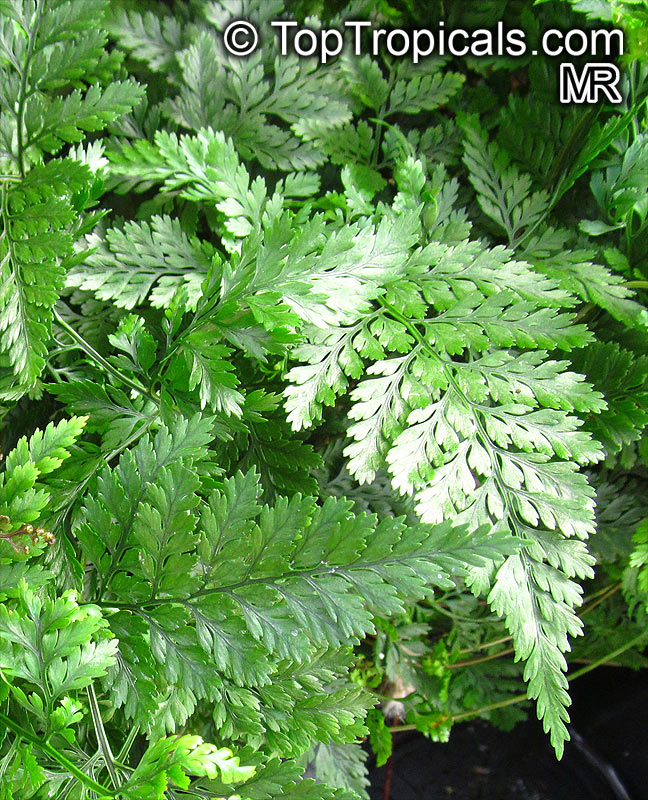 The plant gets its name from the furry rhizomes that grow on top of the soil and resemble a rabbit's foot. The rhizomes often grow over the side of the pot, adding an extra dimension to the plant. Functional as well as decorative, the rhizomes absorb moisture and nutrients as they crawl across the moist soil.

Growing a rabbit's foot fern houseplant in a hanging basket shows off the furry rhizomes to their best advantage. The rhizomes can grow quite long and over time they take on a spider-like appearance. Never bury the rhizomes under the soil however, as this encourages rot. Even with the best of care, you may occasionally lose some of the older fronds. This is normal and not an indication that you have done anything wrong.

Rabbit's foot ferns like bright but indirect sunlight, such as that found near a window with an eastern exposure.

This species has gracefully arching fronds that grow 18 to 20 inches long. They are spaced 2 inches apart on a creeping rhizome. Also, this surface rambling rhizome is covered with pale brown papery scales.

We have this item for sale
Image gallery: 16 images 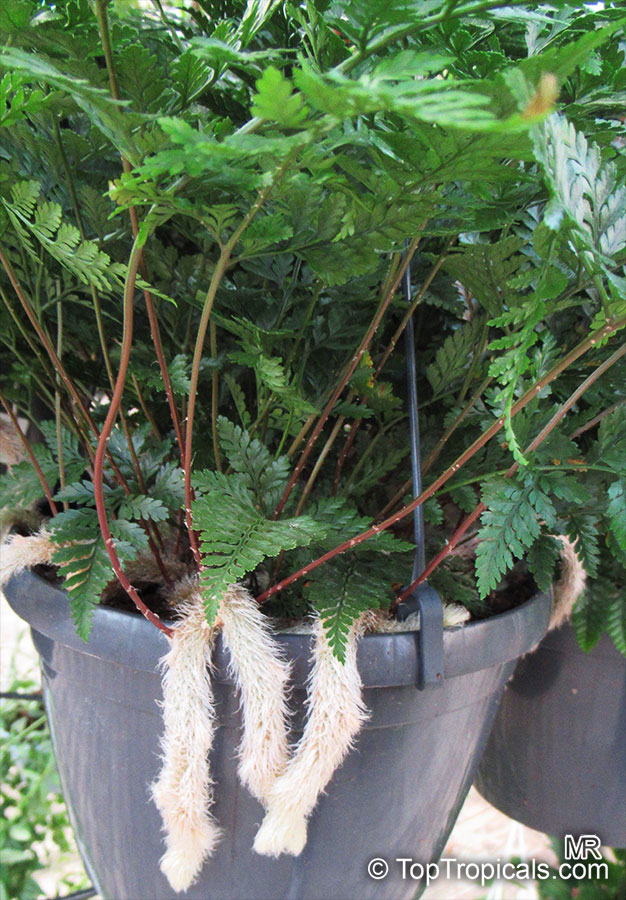 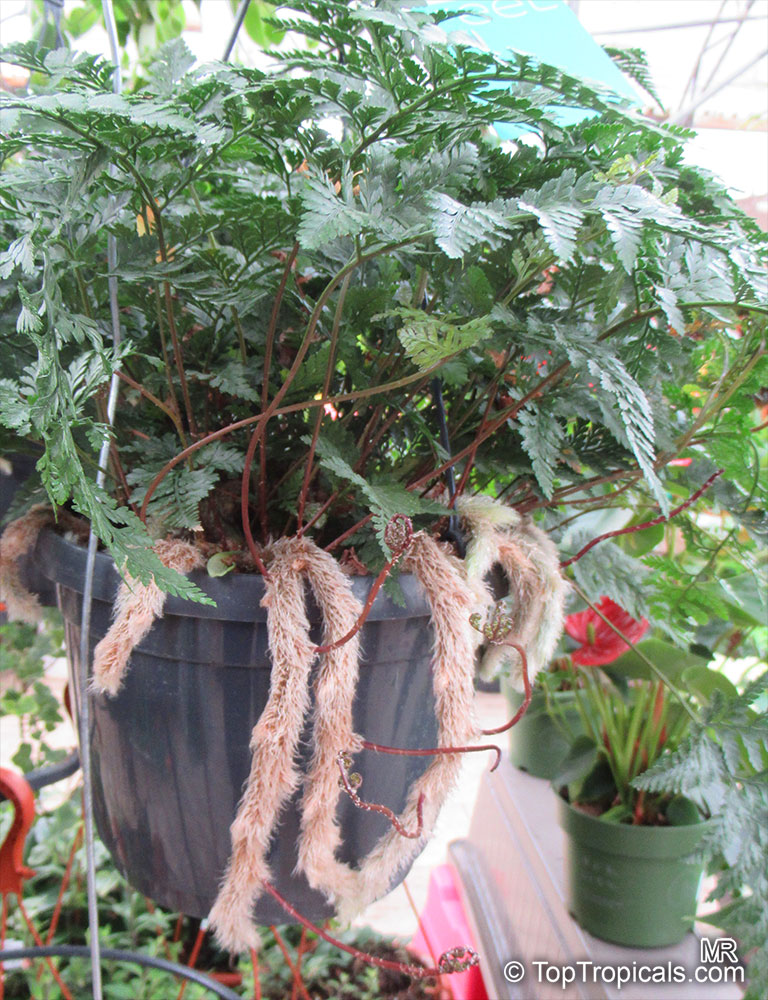 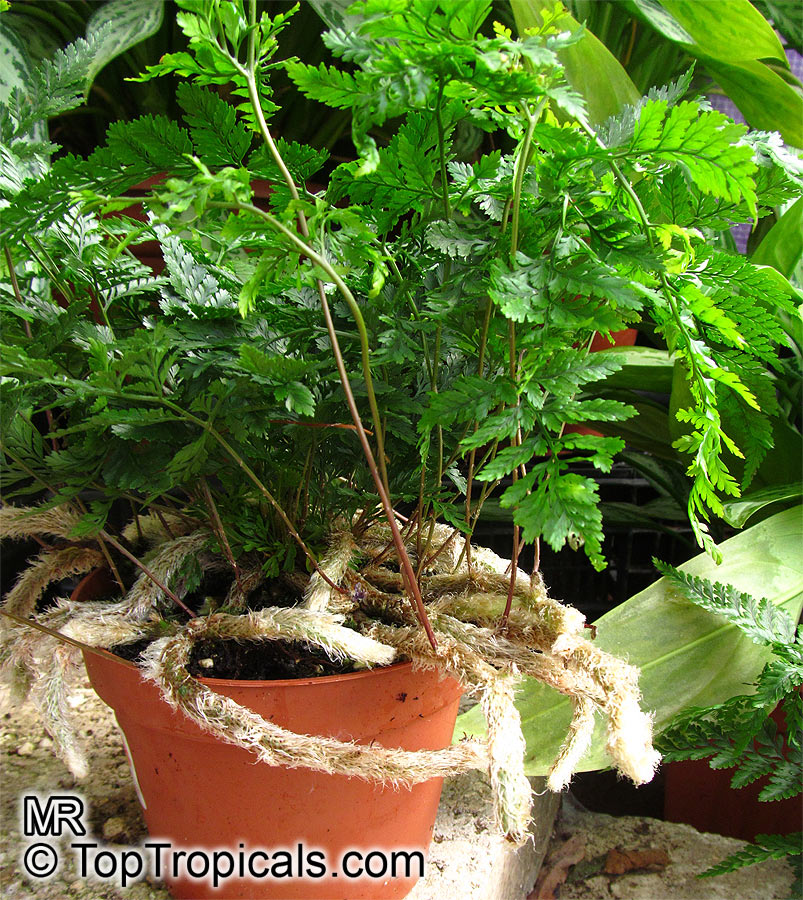 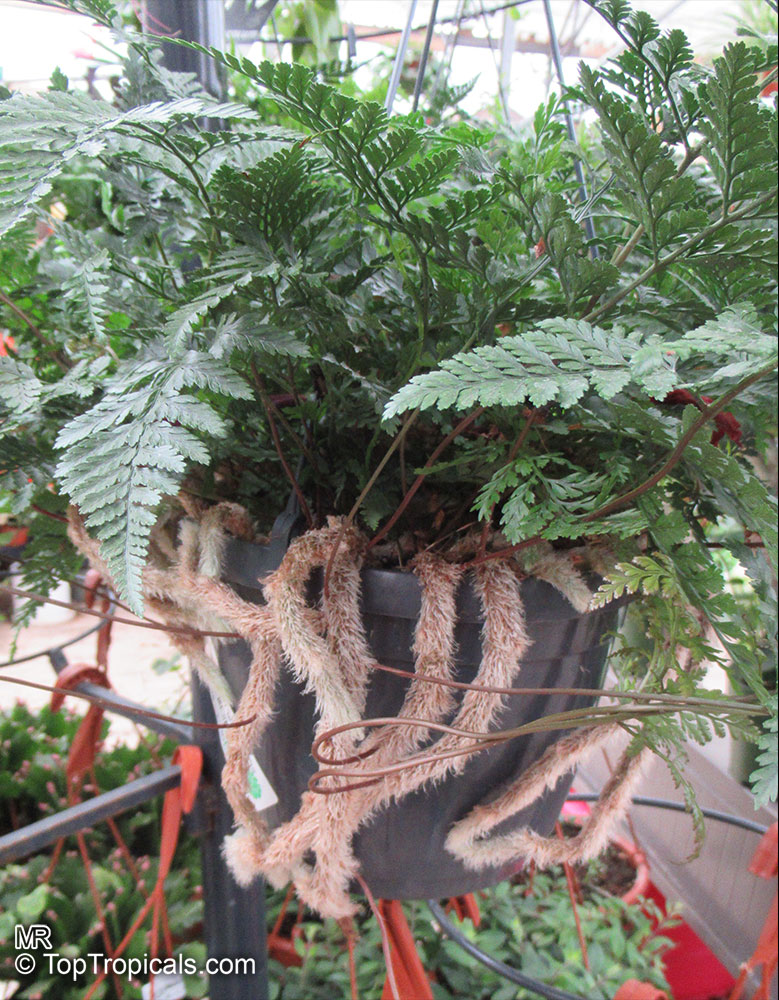 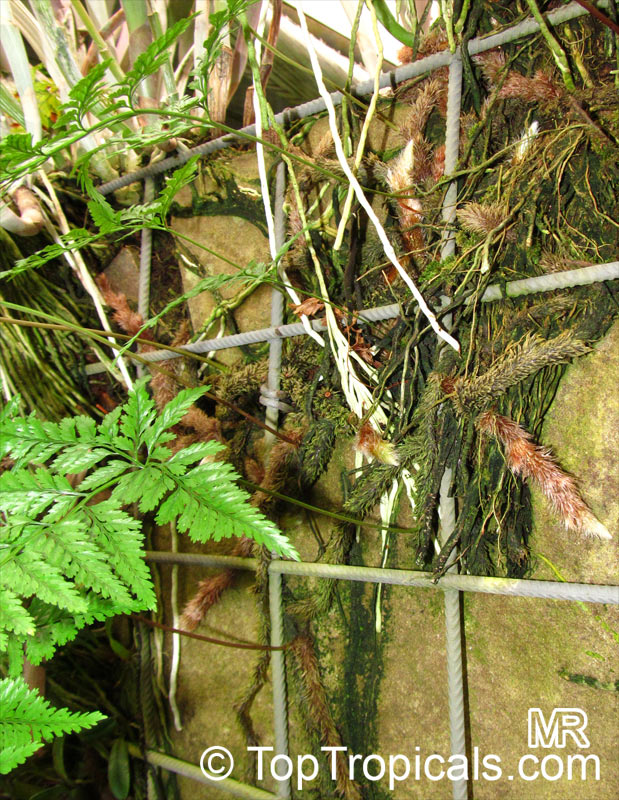 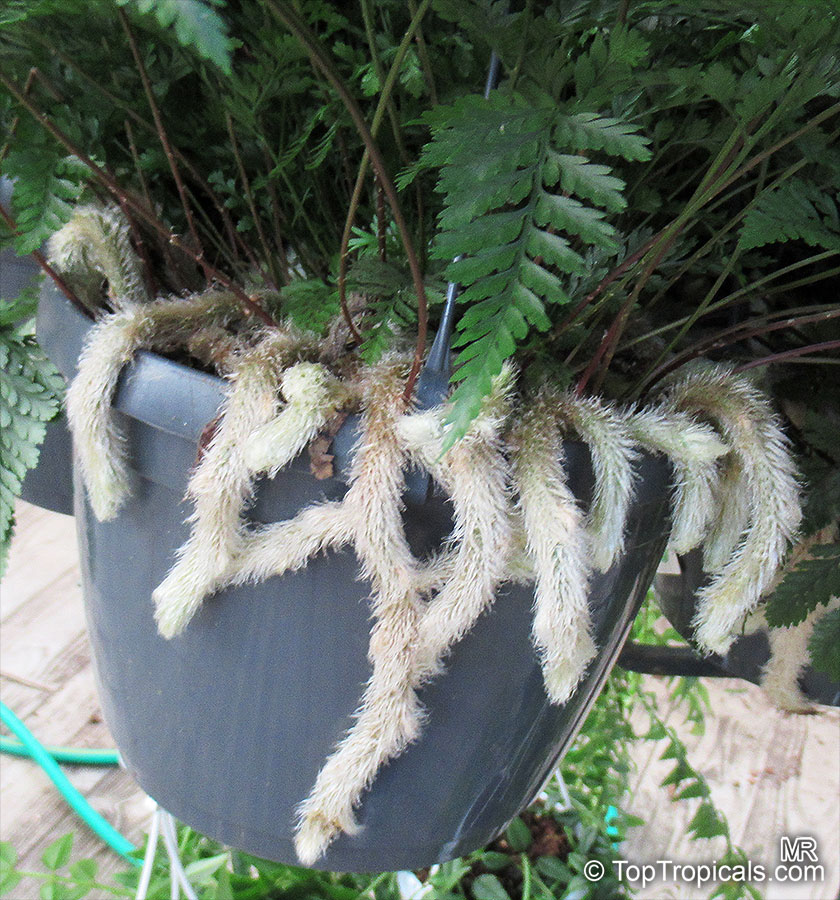 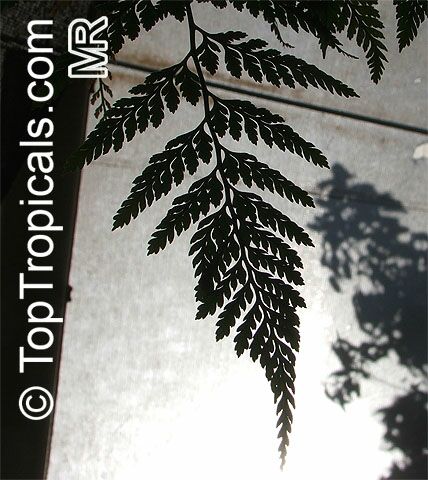 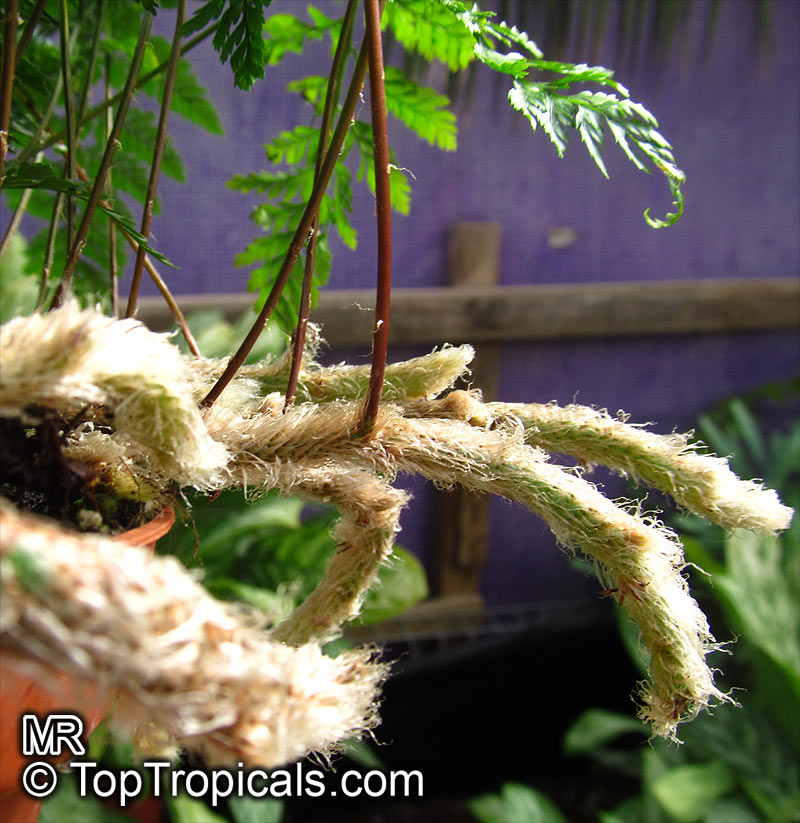 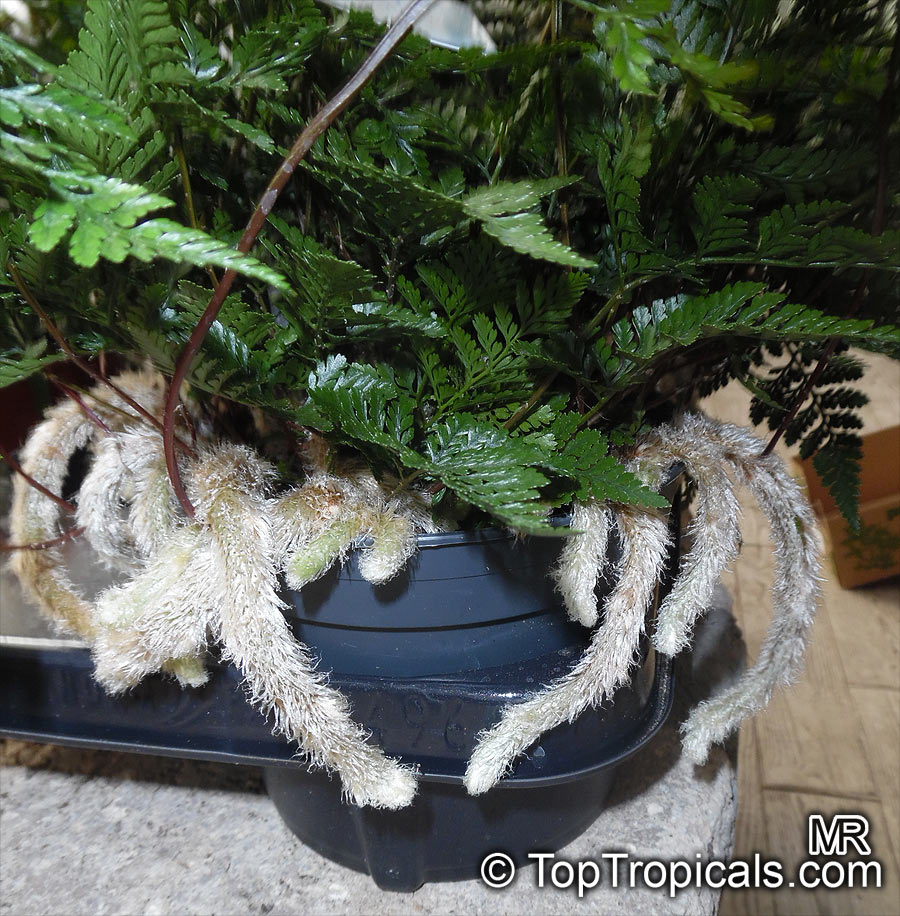 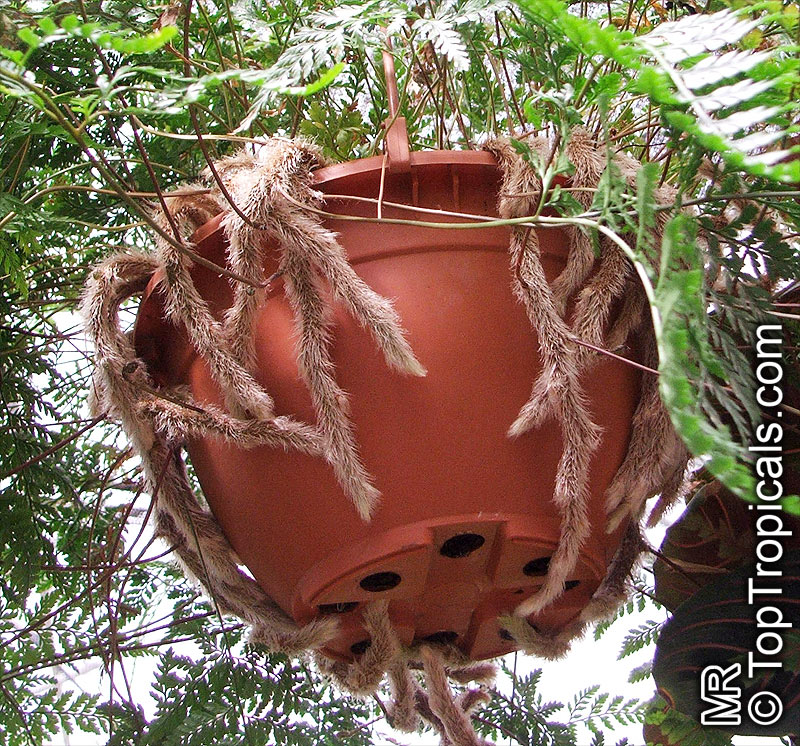 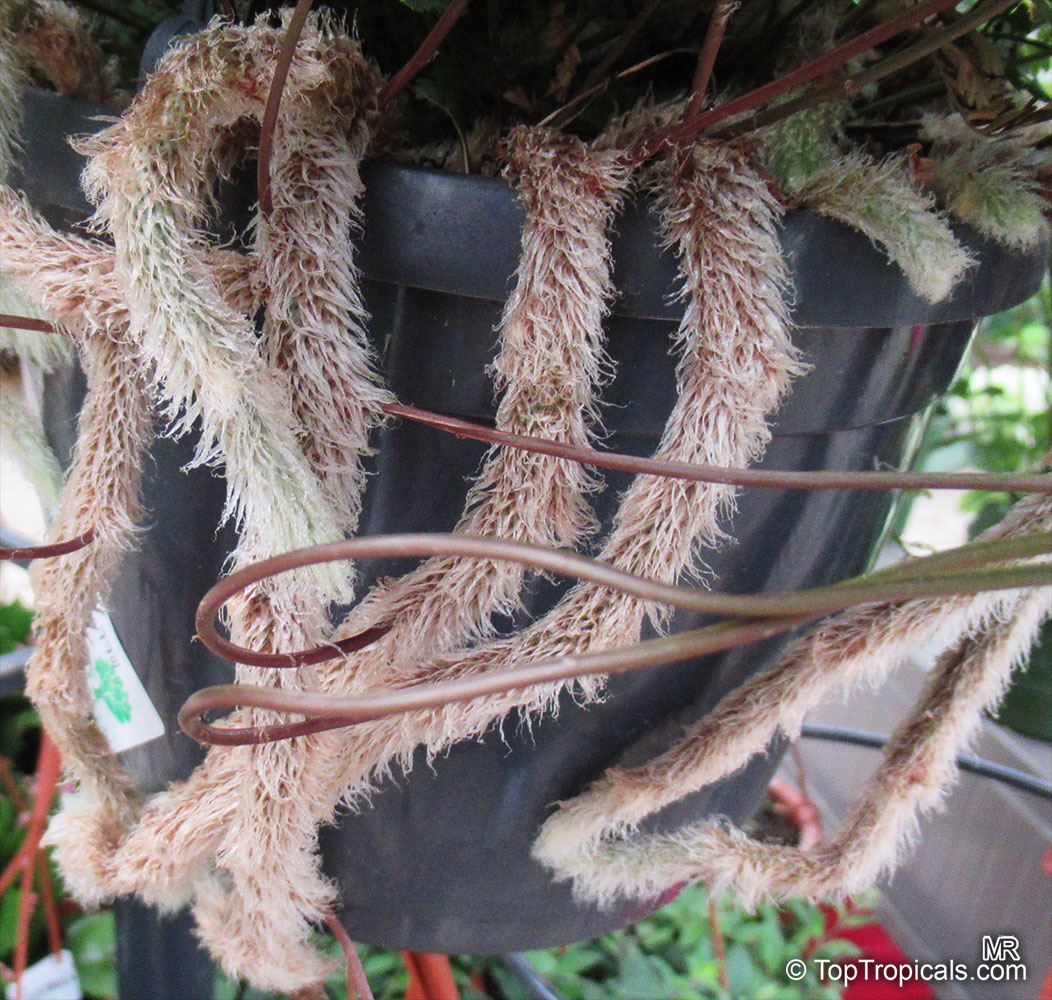 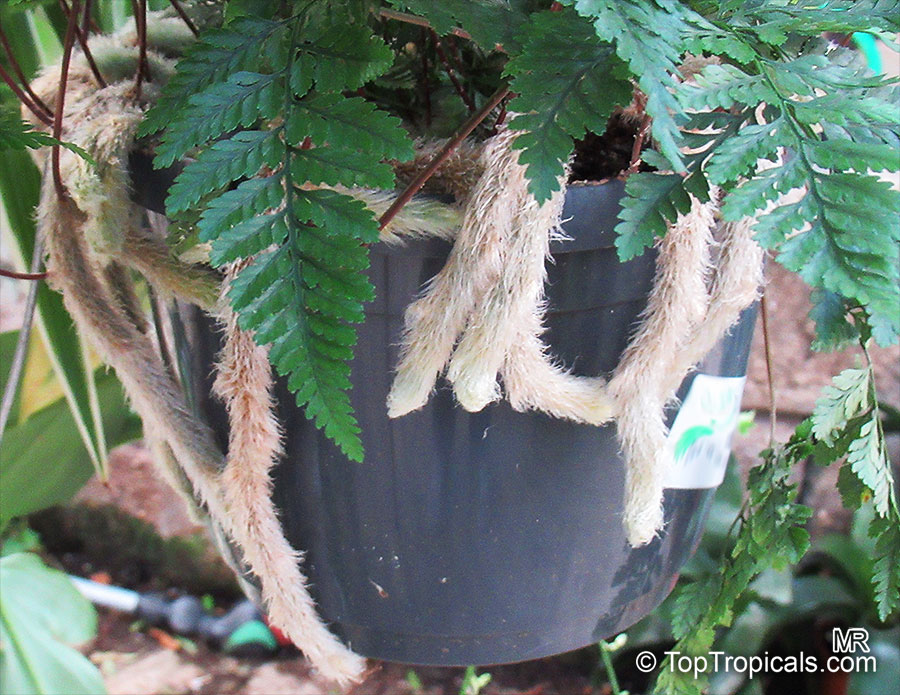 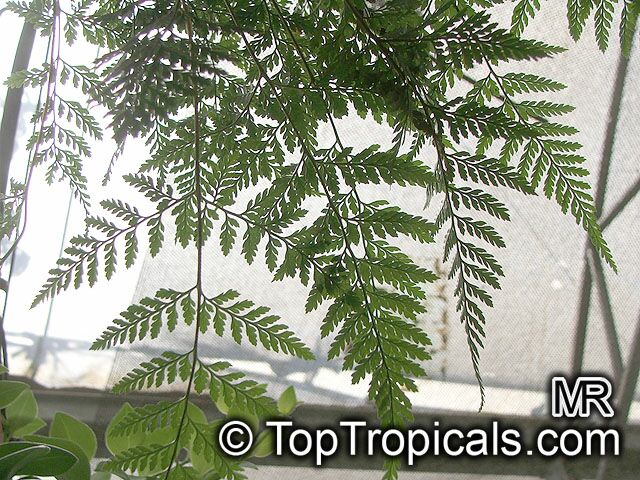 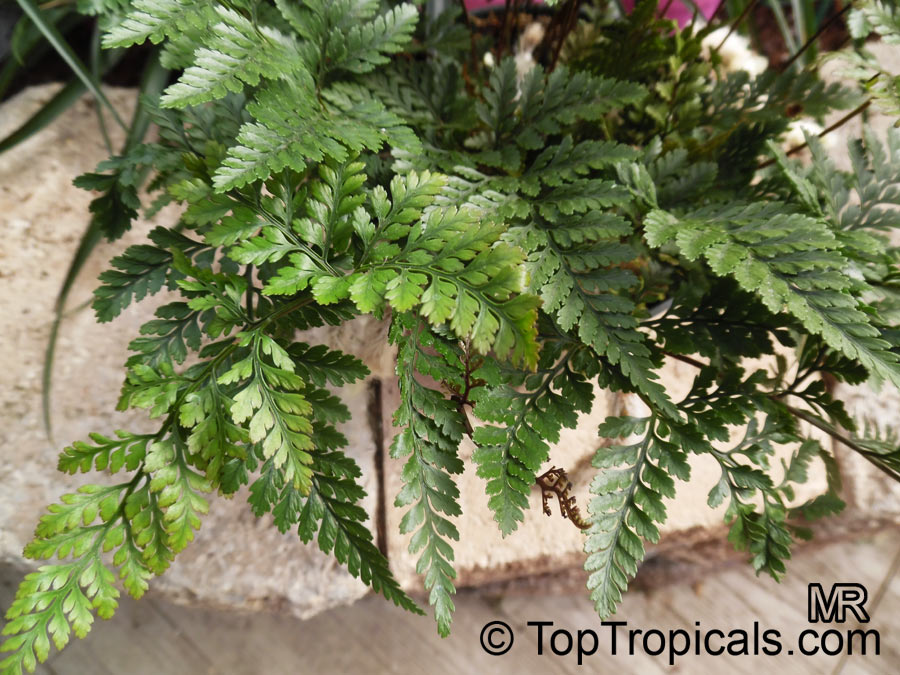 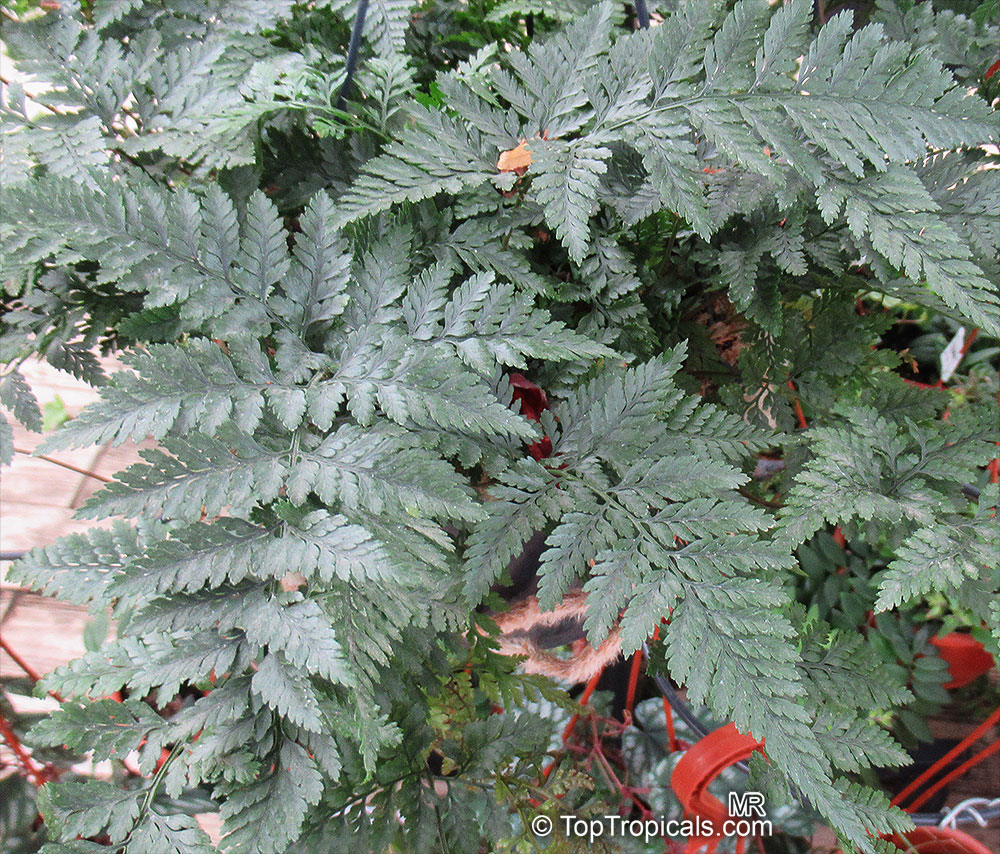 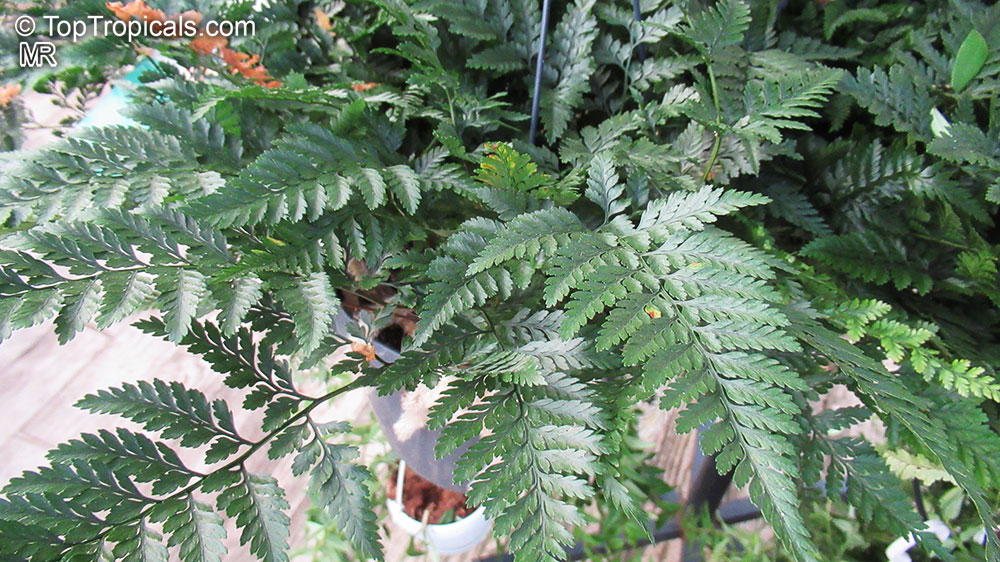