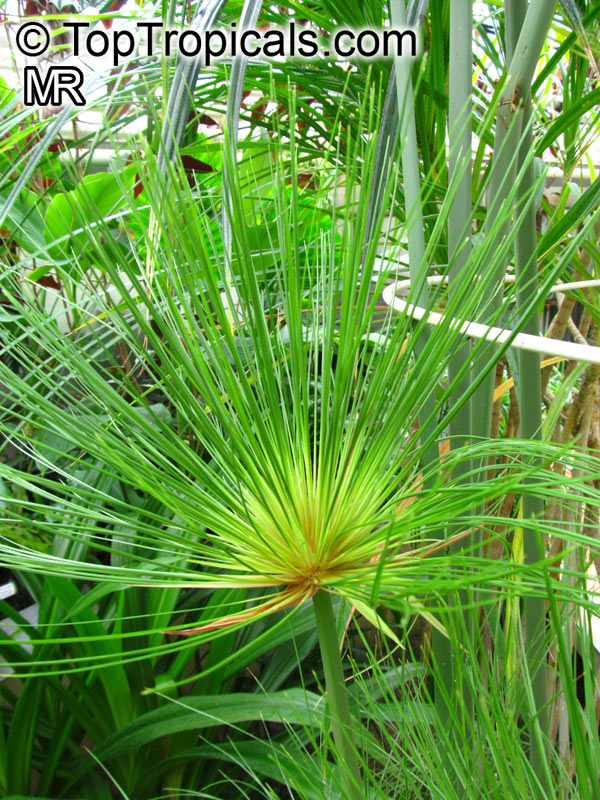 Cyperus papyrus forms a grass-like clump of triangular green stems that rise up from thick, woody rhizomes. Each stem is topped by a dense cluster of thin, bright green, thread-like rays around 10 to 30 cm (4 to 10 in).

In Ancient Egypt, papyrus was used for various of purposes such as baskets, sandals, blankets, medicine, incense, and boats including for making papyrus.

All parts of the Sedge, apart from the roots, are annual, and die every winter. New ones grow in the spring. The dead parts remain in the water and do not rot, so that large quantities of organic matter accumulates. The organic matter is compressed and turns into peat. 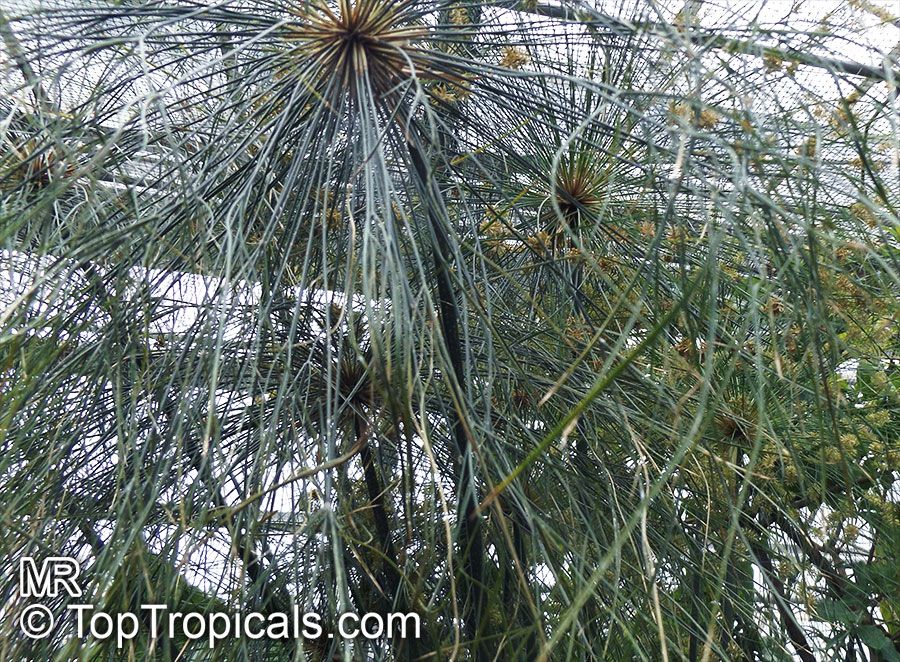 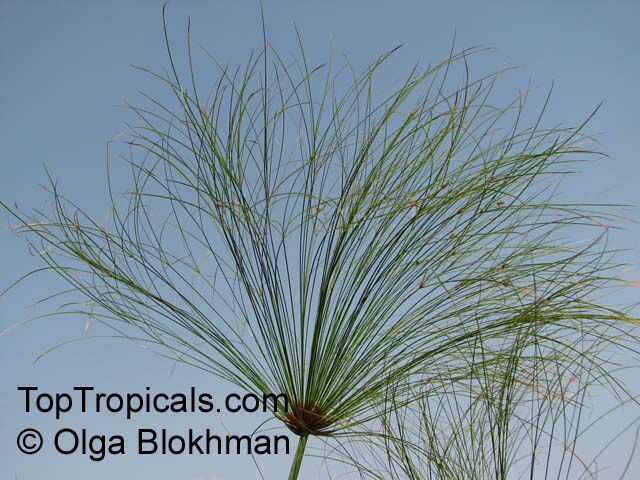 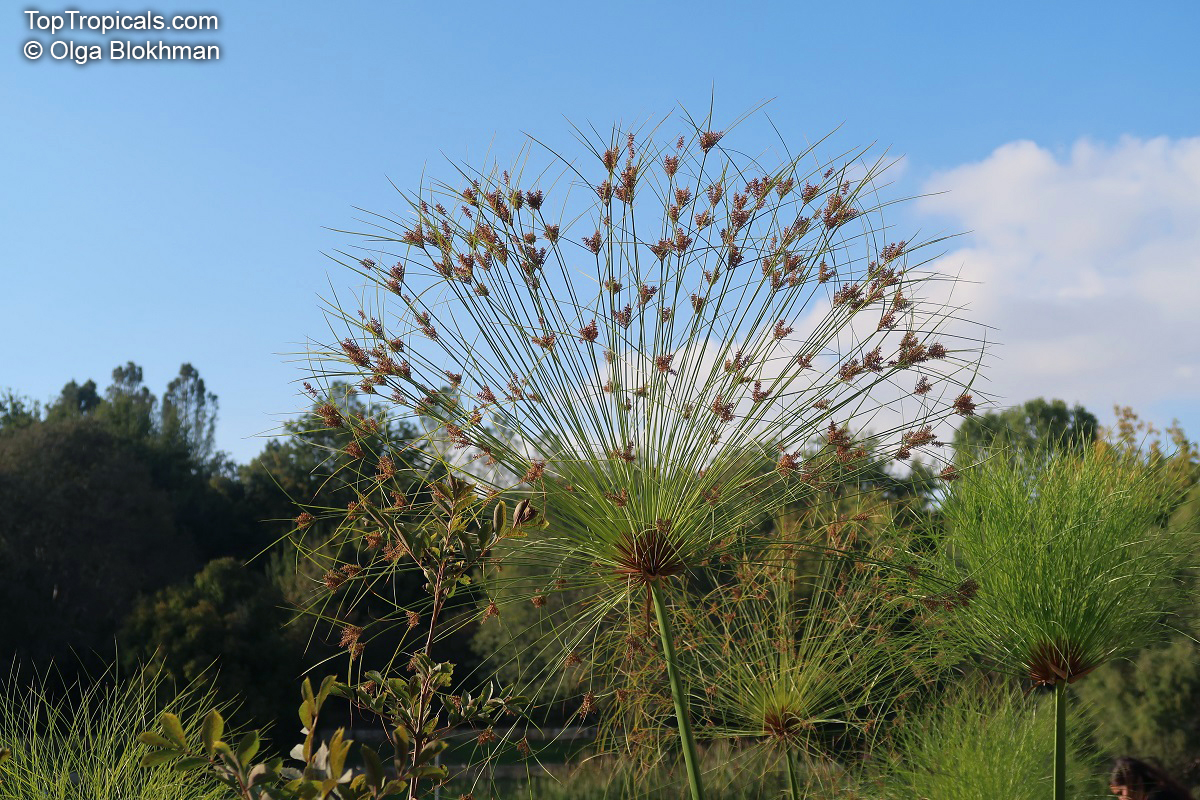 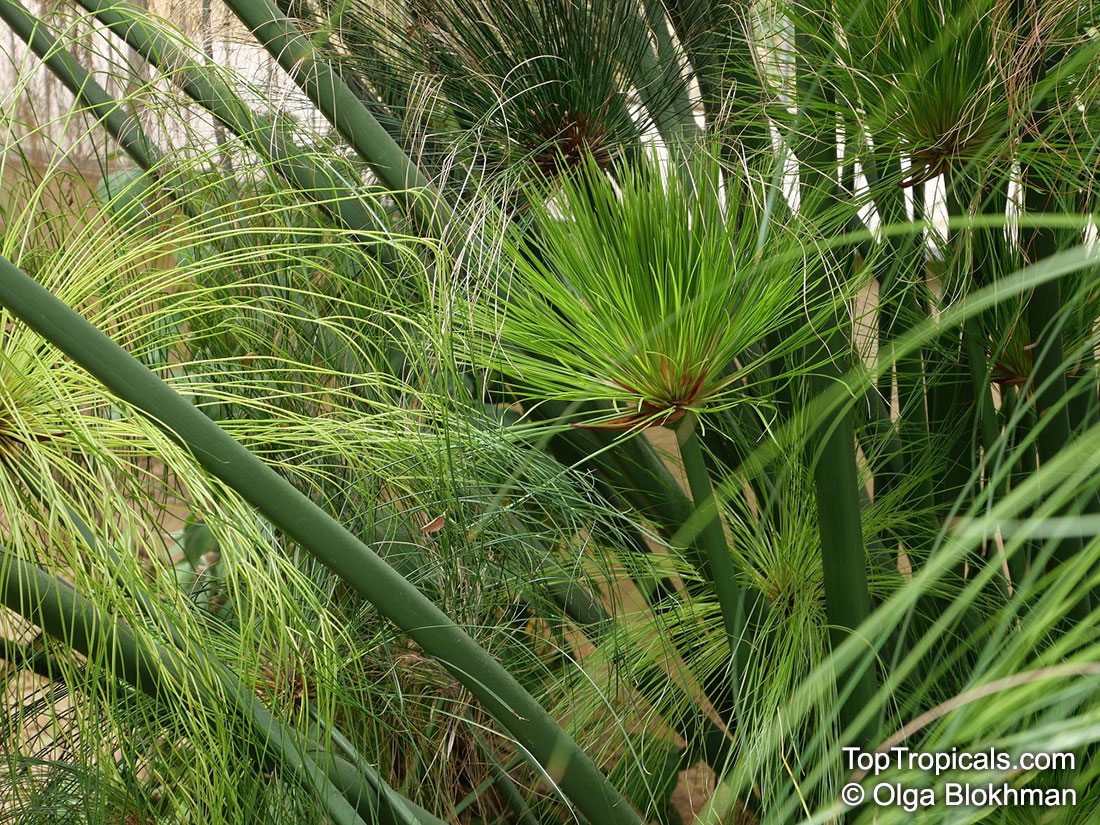 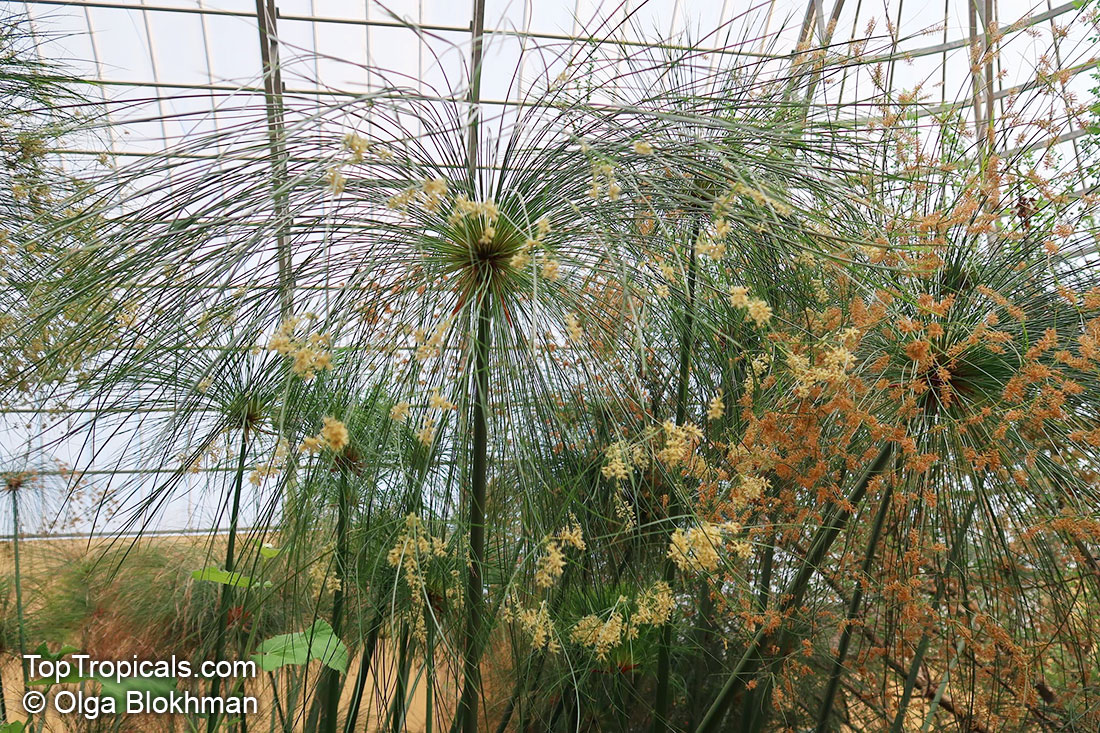 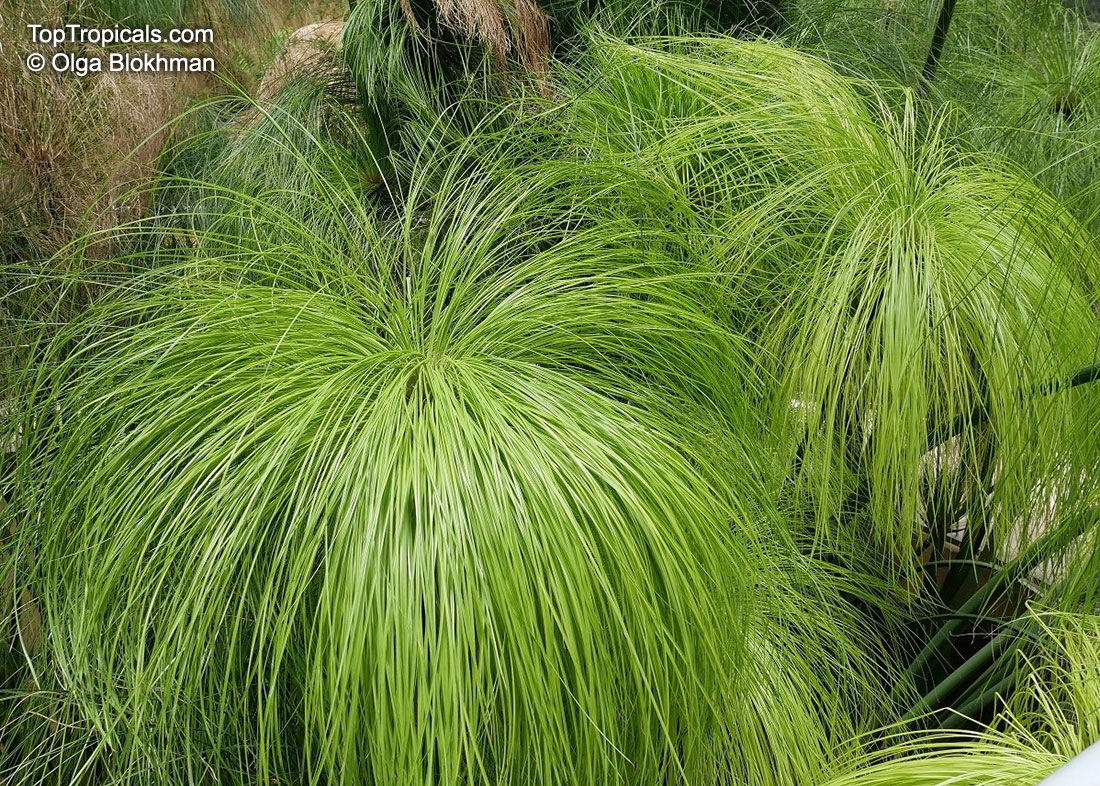