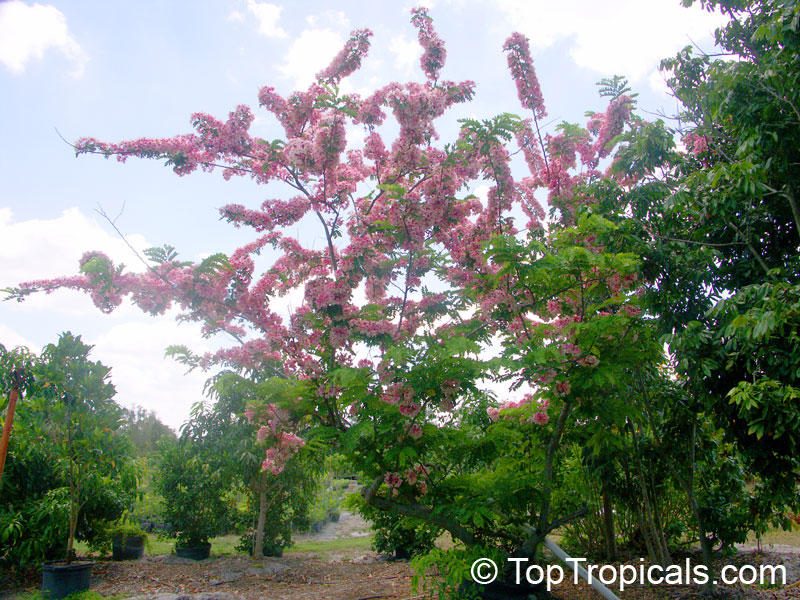 Spectacular medium size fast growing tree with a fine spreading crown. The name alludes to the node, or swelling in the longest stamens, but as other species also have this characteristic the name is rather misleading. Masses of bubbly fragrant pink appleblossom flowers (over 2 inches across) appear in spring-summer held in cascading clusters along downy branches. Lovely, tropical, rich green, pinnate foliage. Briefly deciduous during dry season. Flowers appear in groups along the downy branches, each cluster borne on a short stalk. The flower stems are red and grow in whorls. The buds and flowers are deep pink, fading to white and each petal is somewhat pointed at the tip. The calyx is green and velvety and the bracts narrow ovals. There are ten yellow stamens, the longest three having a round swelling in the middle. The pods grow as long as 18 feet and are an unattractive feature of the tree. A leaf may be from 6 to 12 inches long and comprise up to thirteen pairs of leaflets. These are pointed at the apex, leathery and slightly glossy.

More similar plants
We have this item for sale
Image gallery: 12 images 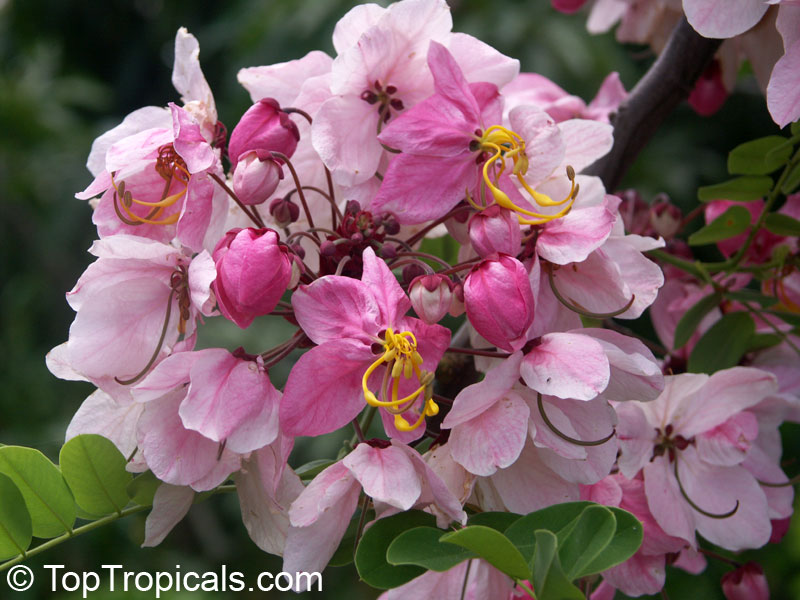 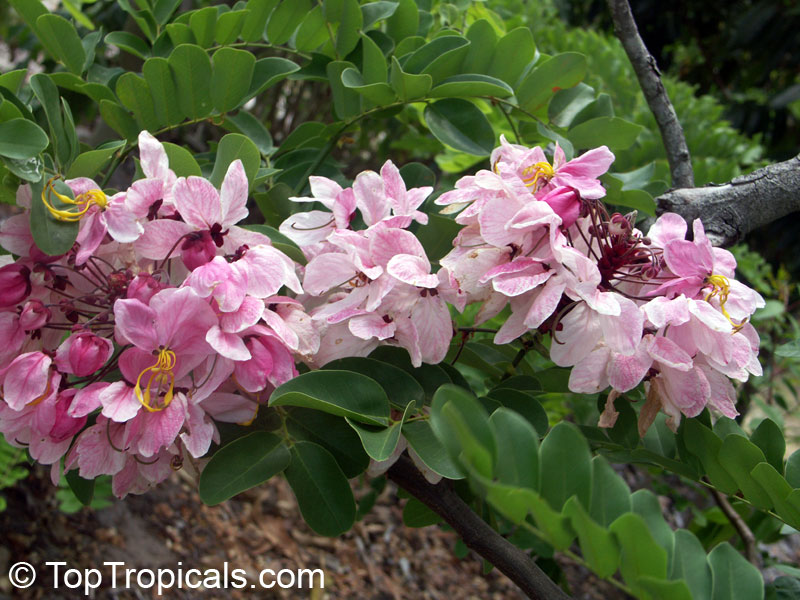 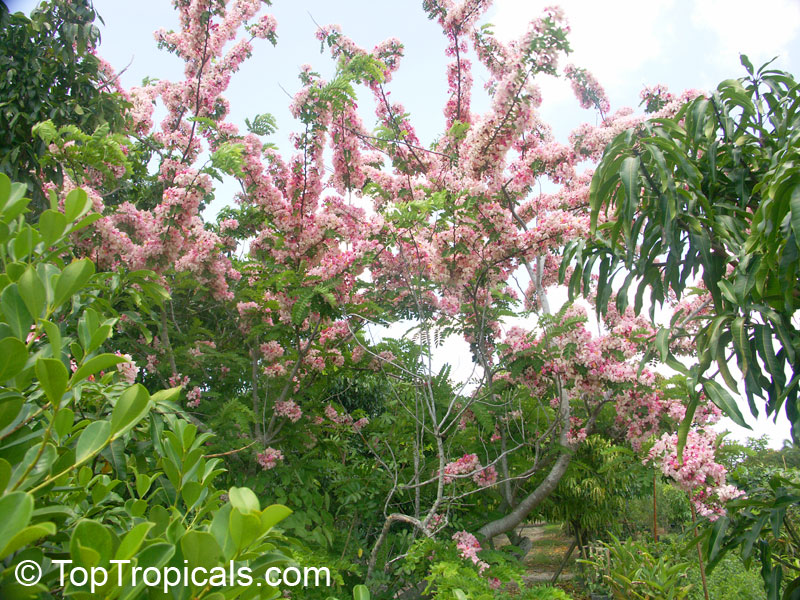 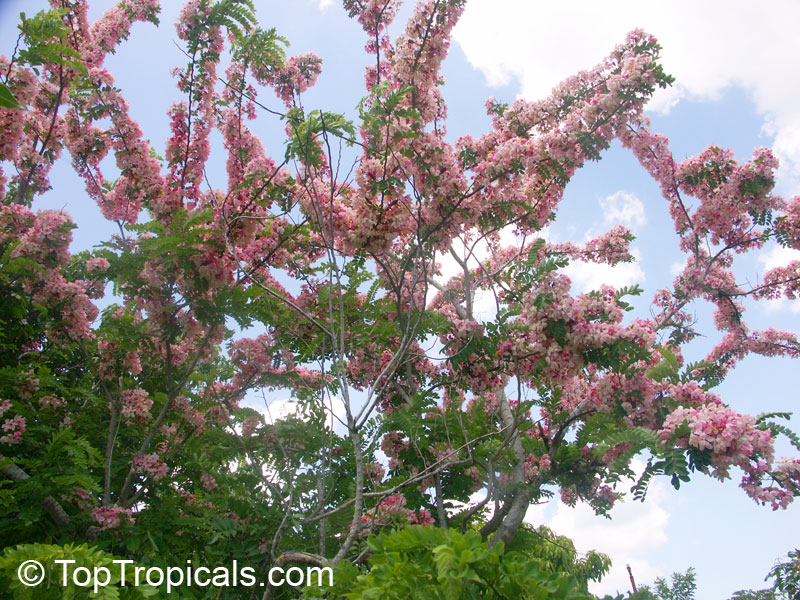 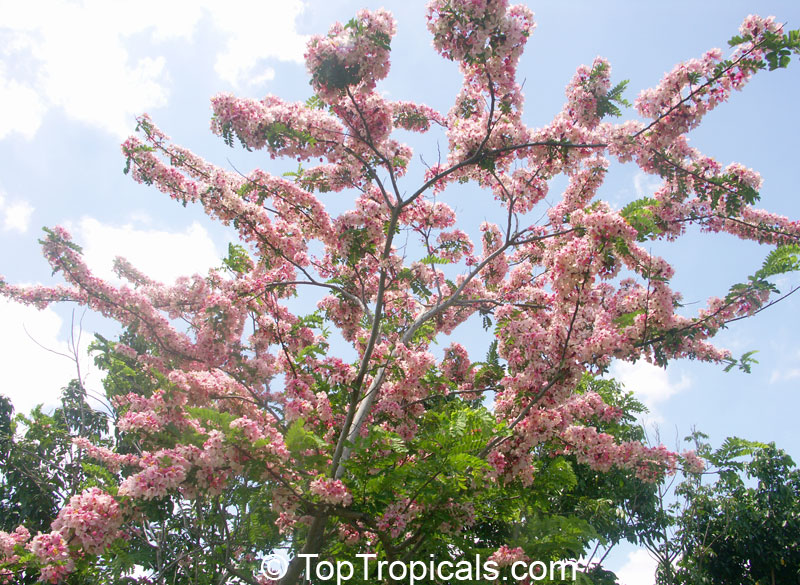 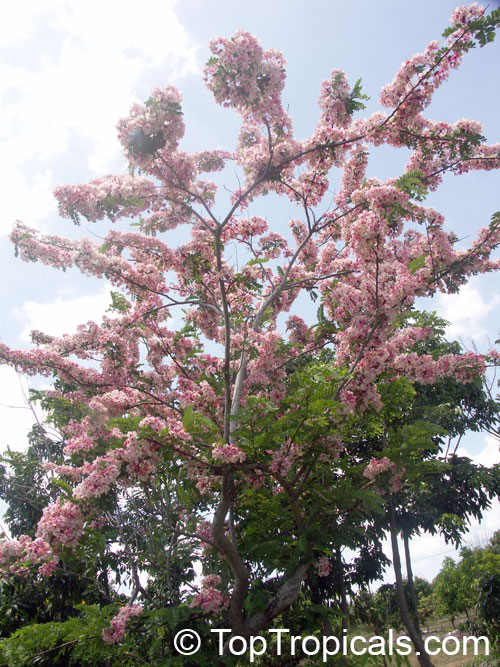 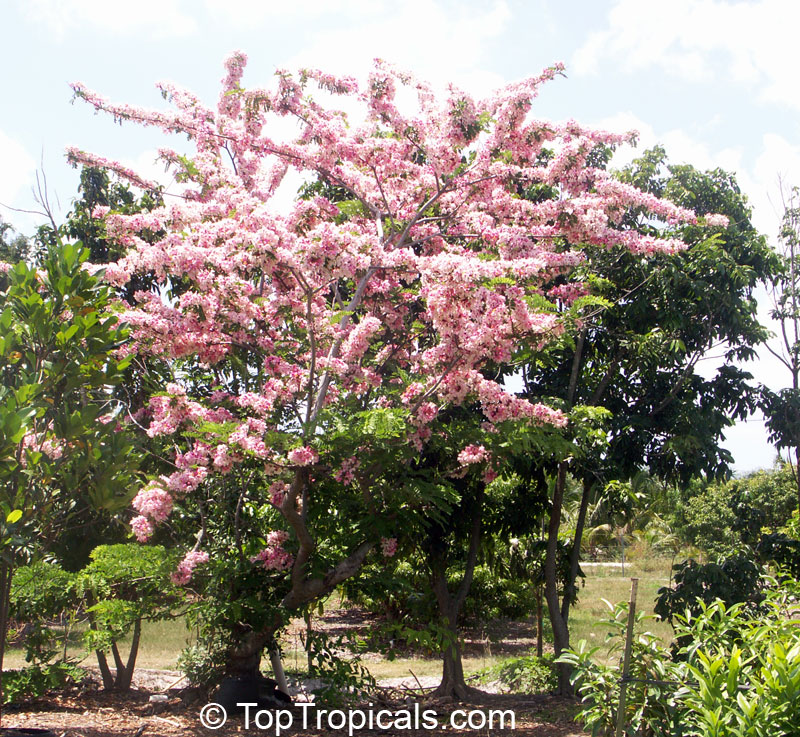 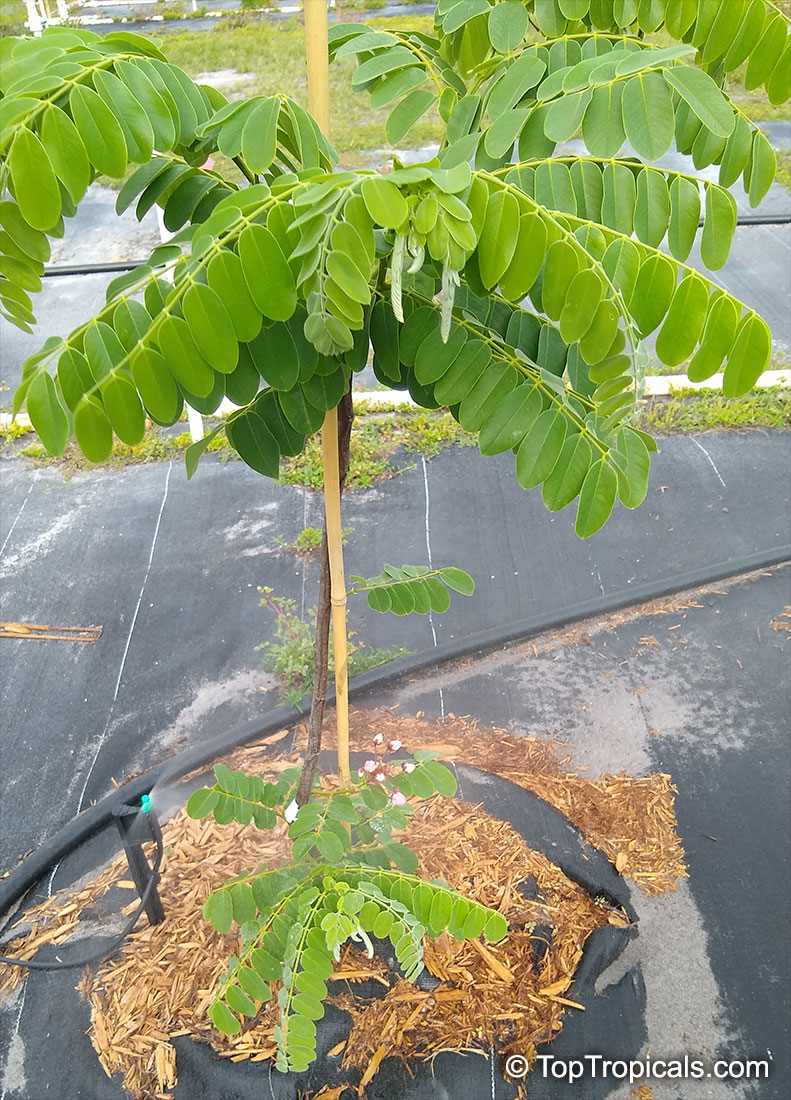 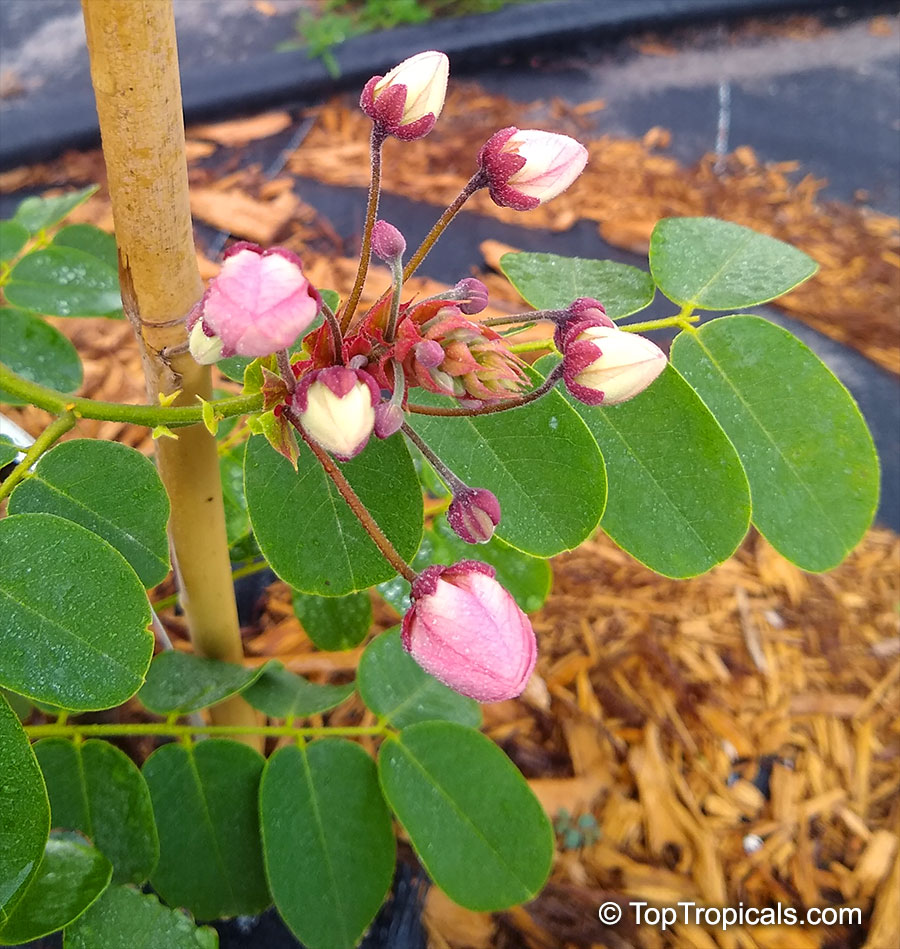 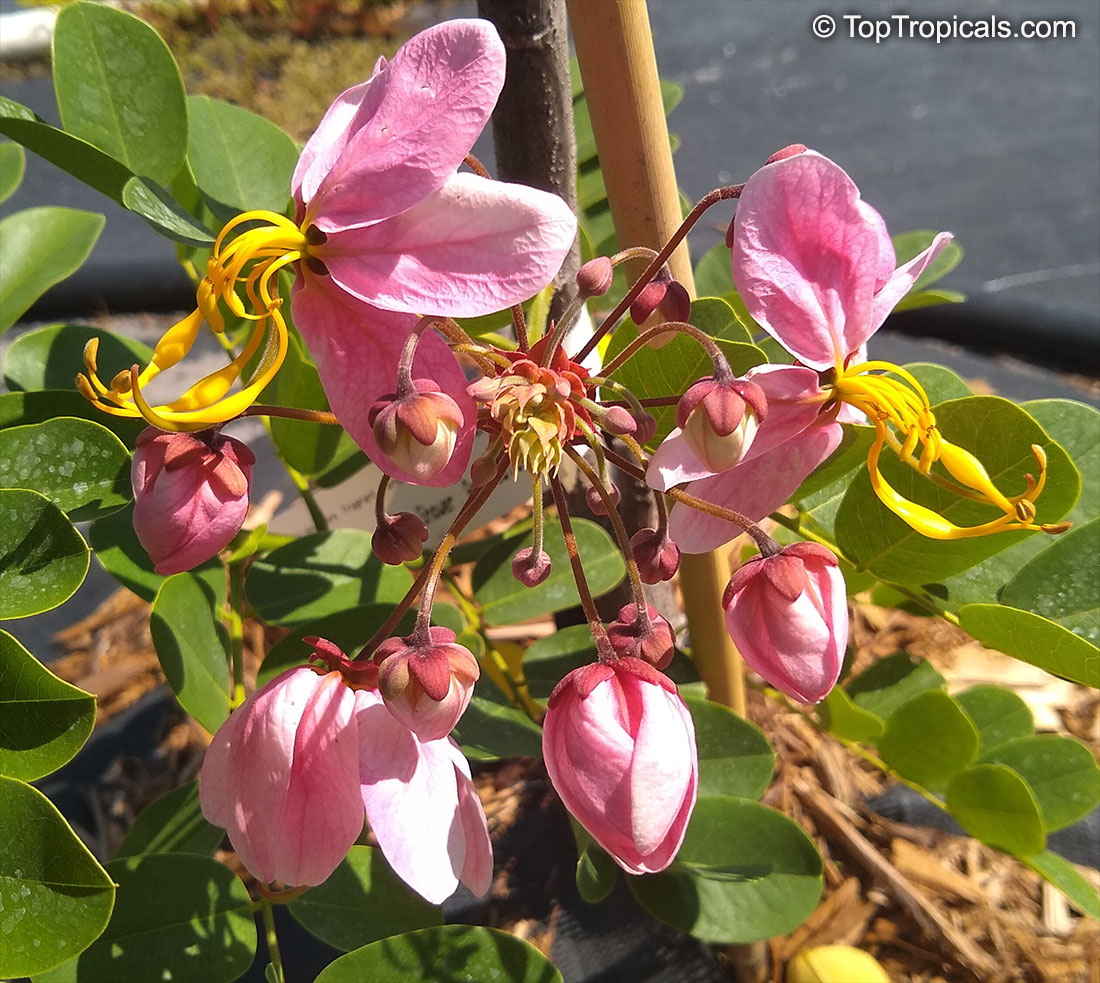 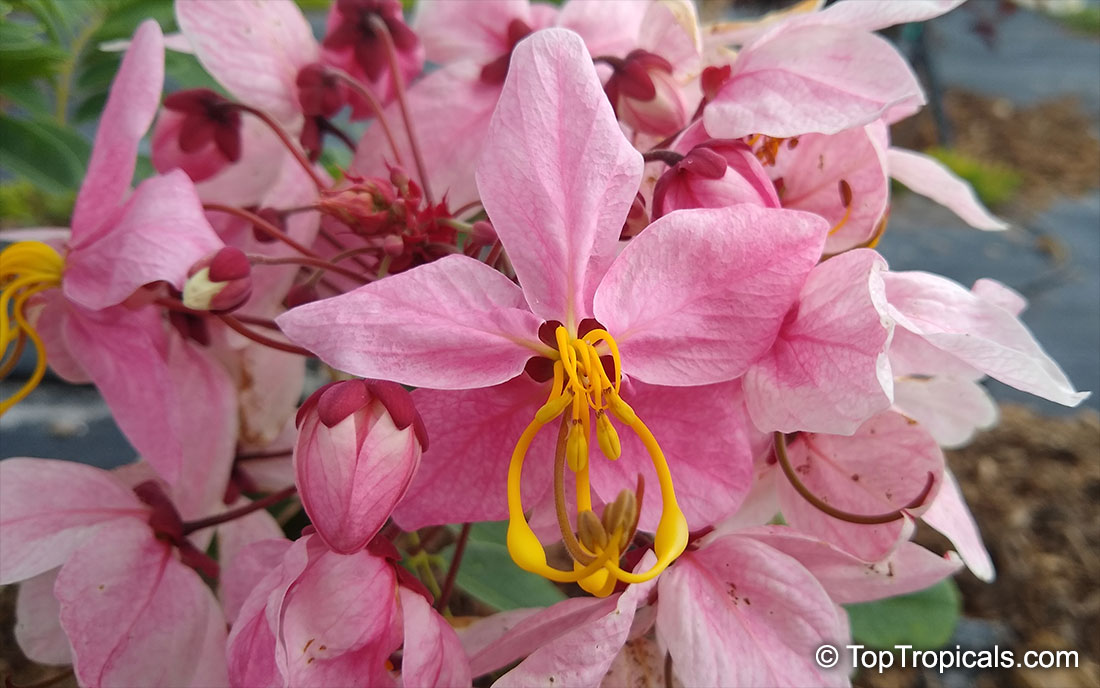 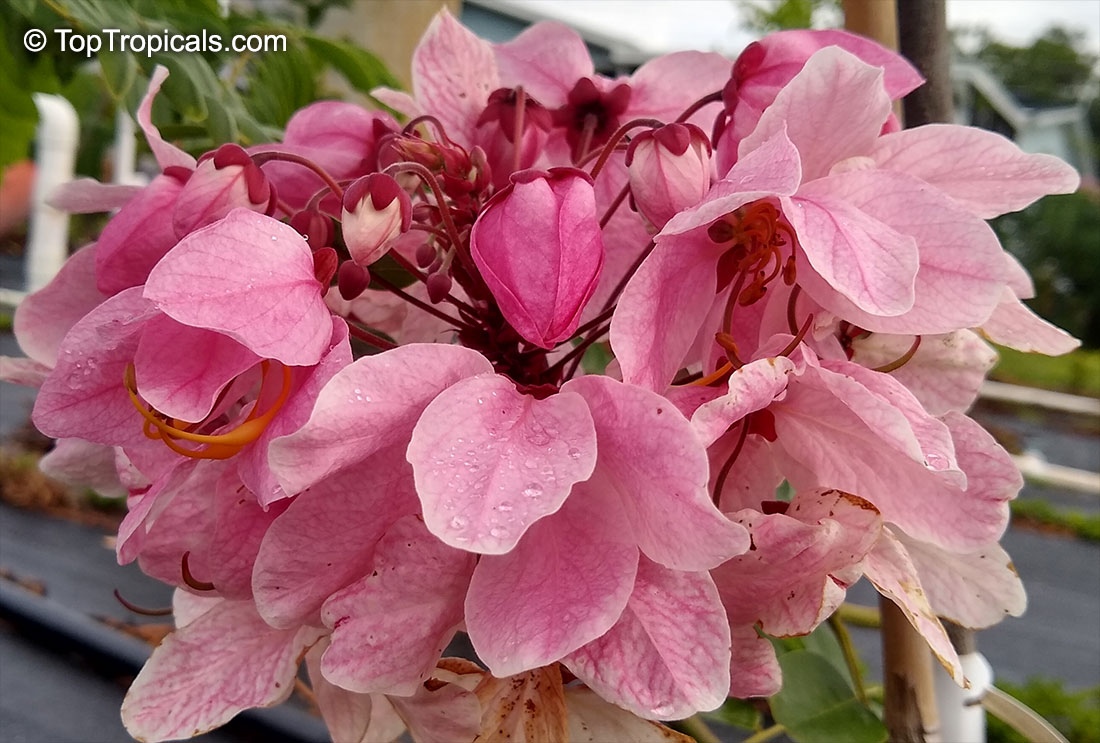