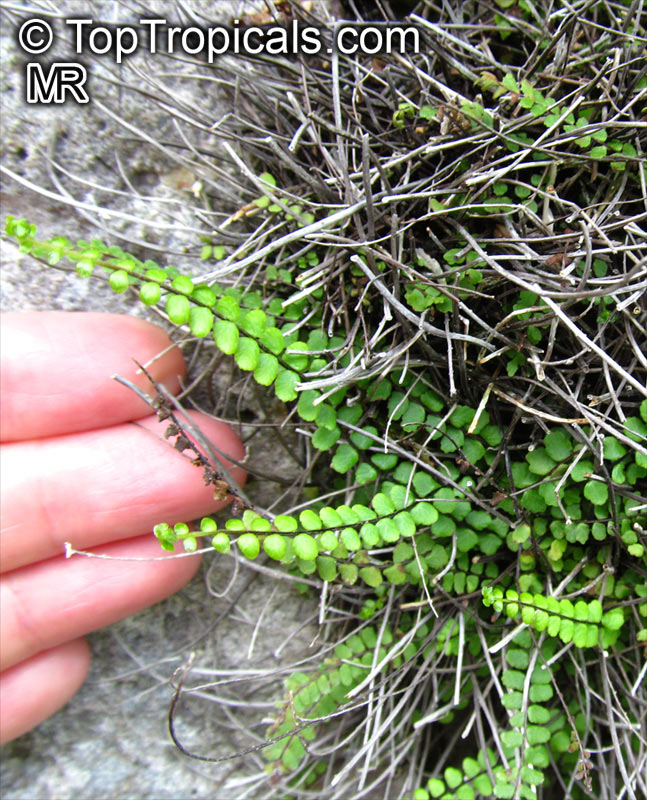 Asplenium trichomanes is a compact evergreen fern forming a rosette of blackish-stemmed, pinnate fronds with small, rounded or oblong segments; well-suited to planting in a dry wall. It is widespread in temperate and subarctic areas and also occurs in mountainous regions in the tropics. Its range includes most of Europe and much of Asia south to Turkey, Iran and the Himalayas with a population in Yemen. It occurs in northern, southern and parts of eastern Africa and also in eastern Indonesia, south-east Australia, Tasmania, New Zealand and Hawaii. It is found in North America and Central America and Cuba, and the northern and western regions of South America such as Chile.

It grows in rocky habitats such as cliffs, scree slopes, walls and mine waste, the type of rock used as a substrate depending on the subspecies. 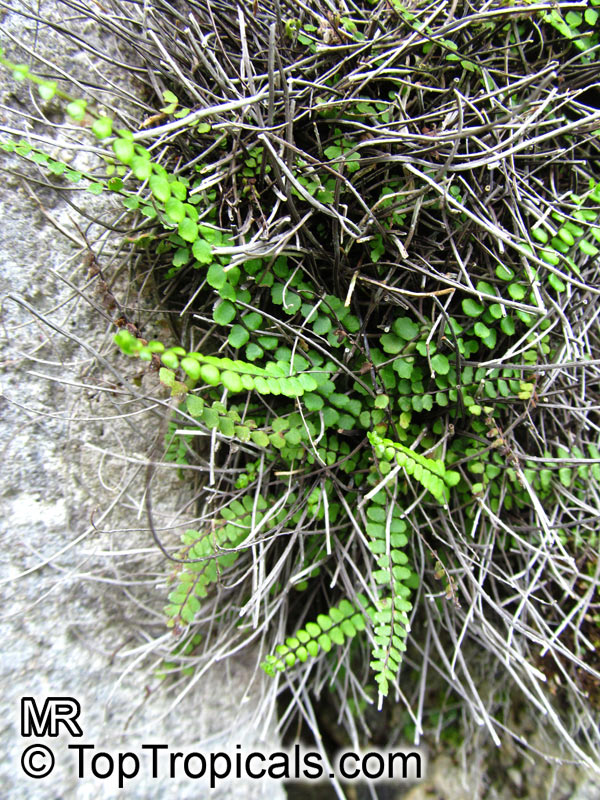