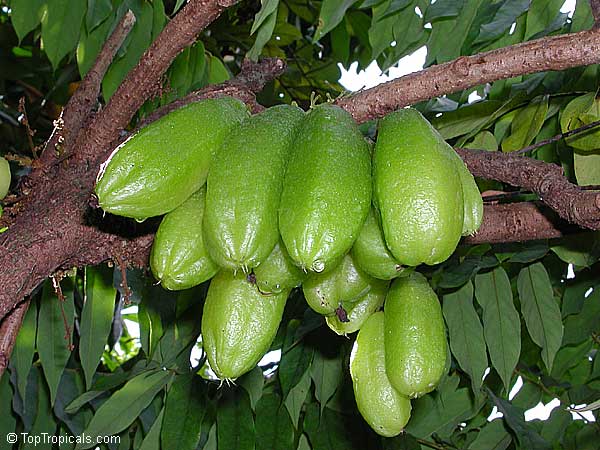 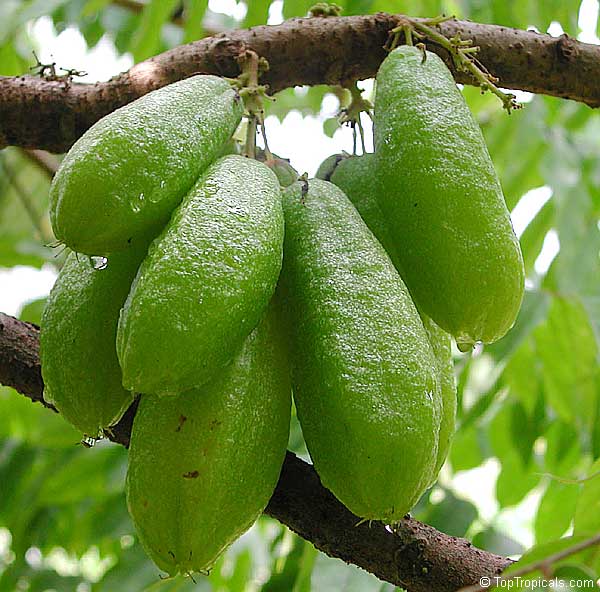 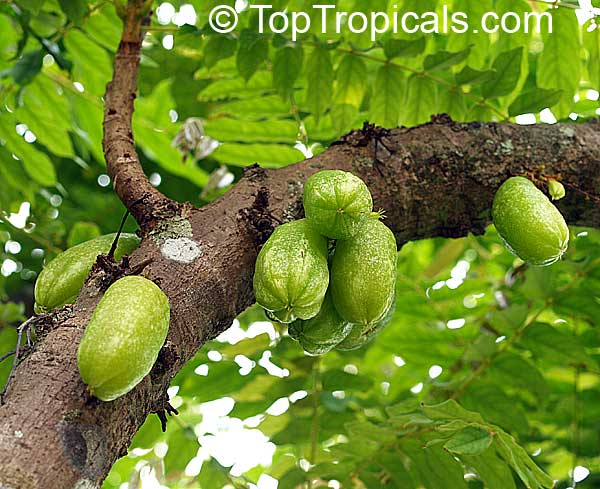 This rare exotic fruit is very popular in Thailand, Malaya and Singapore. In India, where it is usually found in gardens, the bilimbi has gone wild in the warmest regions of the country. Outside native habitat, Bilimbi is hard to find plant, very few growers produce them, although it is not so hard in cultivation.

The bilimbi is closely allied to the carambola but quite different in appearance, manner of fruiting, flavor and uses. The only strictly English names are "cucumber tree" and "tree sorrel". "Bilimbi" is the common name in India and has become widely used. Many people are more familiar with the close ralative - Averrhoa carambola (Star Fruit), which foliage looks very similar to bilimbi. The bilimbi leaves and taste of fruit are quite similar to those of the Phyllanthus acidus (Otaheite gooseberry), although these plants are not related.

The tree is very attractive, reaches 35 ft in in tropical regions, but in subtropical areas usually doesn't grow taller than 15-20 ft, with a short trunk dividing into upright branches. Small, fragrant, yellowish-green or purplish flowers marked with dark-purple, are borne in small, hairy panicles emerging directly from the trunk and oldest, thickest branches and some twigs, as do the clusters of curious fruits resembling small cucumbers that grow on strunk and stems. They average two to three inches in length and the acid pulp is imbedded with small seeds. The fruit's skin is glossy and very thin. If unripe, the fruit is bright green and crispy. It turns yellowish as it ripens. The flesh is green, jelly-like, juicy and extremely acidic. In India as in Florida, the tree begins to flower about February and then blooms and fruits more or less continuously until December. Trees generally produce heavy crops of fruit over a long season once they mature. A single tree often produces hundreds of fruits.

Bilimbi does not seem to have varieties. However it has been reported to have a sweet variety in the Philippines.

The bilimbi is generally regarded as too acid for eating raw, although in Costa Rica, the green, uncooked fruits are prepared as a relish which is served with rice and beans. Sometimes it is an accompaniment for fish and meat. Ripe fruits are frequently added to curries in the Far East or used in place of mango to make chutney. In cooking, fruit often used in combinations with Tamarind (can be also used with Sweet Tamarind to neutralize the acidity). The fruit is rich in vitamin C. The fruit juice is popular for making cooling beverages on the order of lemonade. To reduce acidity, it may be first pricked and soaked in water overnight and boiled with sugar to make a jam or an acid jelly. Half-ripe fruits are salted, set out in the sun, and pickled in brine and can be thus kept for 3 months. A quicker pickle is made by putting the fruits and salt into boiling water. This product can be kept only 4 to 5 days. The flowers are sometimes preserved with sugar.

In the Philippines, the leaves serve as a paste on itches, swelling, rheumatism, mumps or skin eruptions. Elsewhere, they are used for bites of poisonous creatures. A leaf infusion is efficient against or as an after-birth tonic, while the flower infusion is used for thrush, cold, and cough. Malays use the juice as eye drops and regard it as a magic curative.

Bilimbi trees are vigorous and need no special horticultural attention. They respond well to whatever cultural treatment gives good results with the carambola. It seems to be nearly pest-free plant. Bilimbi grows best in rich and well-drained soil (but also grows and fruits quite well on sand or limestone) and does not tolerate salt spray. It can be grown in a pot and pruned to desired size, and also makes an unusual bonsai.

It is a cold sensitive plant, especially when very young, and requres protection below 30 to 40F depending on exposure and location. As the tree matures it gets somewhat hardier. If growing in the ground, make sure to plant Bilimbi in in a wind-protected area (under bigger tree canopy, by house wall or fence) and cover with a blanket if there is a risk of cold night. Your efforts will be rewarded with an exotic look and tasty refreshing drink! 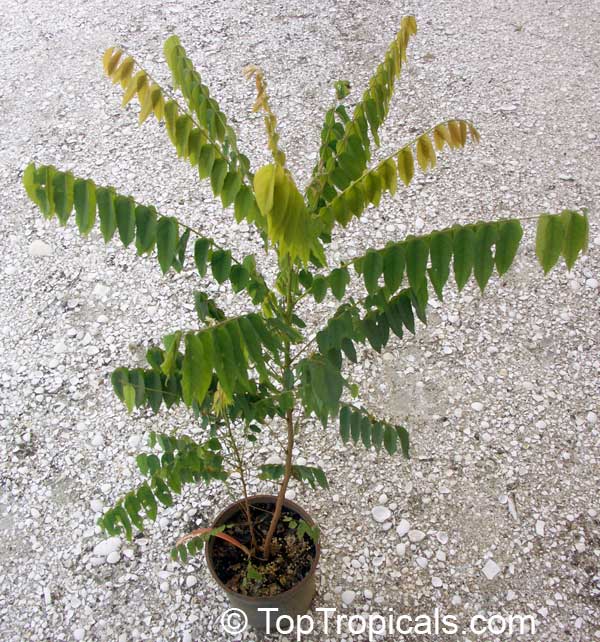 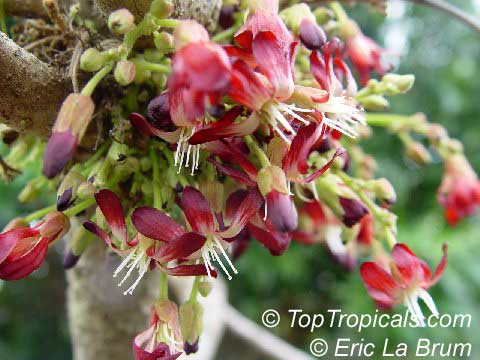 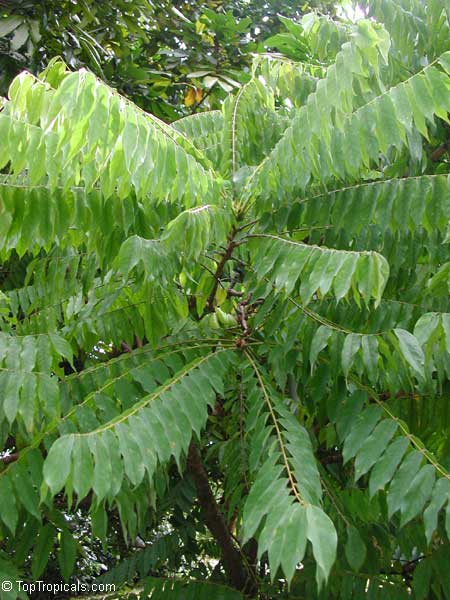 Soak dried chillies in water for one hour. Drain and wash. Blend chillies with all ingredients except one onion and bilimbi. Heat oil in saucepan. Fry one chopped onion till soft. Pour in blended ingredients. Cook for about 20 minutes over a slow fire. Add salt, 2 tbsp water, tamarind juice and sugar. Add bilimbi and cook for 10 minutes. Serve with rice or as dipping sauce.