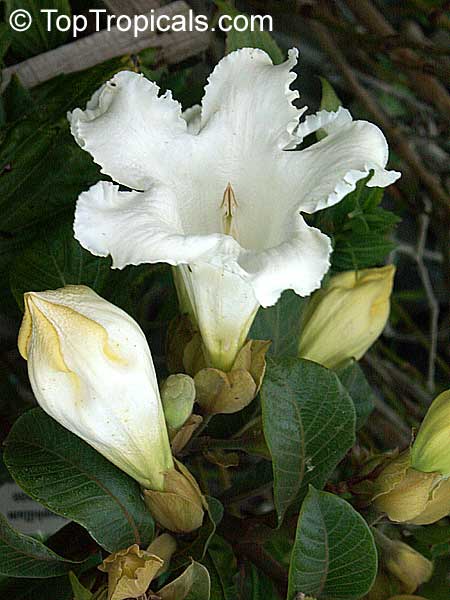 Easter Lily Vine (Beaumontia grandiflora) is a magnificent woody evergreen climber of unlimited growth potential. A branch of this vine will grow simply until you cut it. I have branches of up to 30 ft. and longer.
I’ve used two plants to turn a chain-link fence into a privacy screen that is 40 ft. wide by 10 ft. tall, but even a single plant can cover a much wider space if trained properly.
Easter Lily Vine’s growth rate is moderate, so it doesn’t require constant pruning to keep under control like other vigorous vines. I bought mine in 7 gallon pots, and planted them in the ground immediately. It took about 2 years to completely cover the fence. Since then, I prune it 3-4 times a year.
Keep in mind that these plants are heavy and require a solid structure as support. They twine by nature, but only around items with 3” diameter or more. Mine twined around a near-by lighting pole!
The absolute key in training Easter Lily Vine is to force it to grow horizontally. I recommend planting a young 3 gallon size vine in the ground diagonally, so it grows horizontally. Tie it no more than a foot above ground and let it grow a single branch until the end of the space you want to cover. Then force it to make a U-turn and let it grow the other way. See the following diagram for illustration:

Branch tips are flexible and can be easily trained for a few weeks, at which time they become woody and hard. Secondary branches can be trained horizontally as well. Flowers will appear in season on short vertical branches.

I use “Orchid Better-Bloom” 11-35-15 monthly from February to October to encourage blooming. The vine responds by flowering profusely several times during this period. The flowers are fragrant in close proximity.
The picture below was taken about 3 years ago, several months after planting: 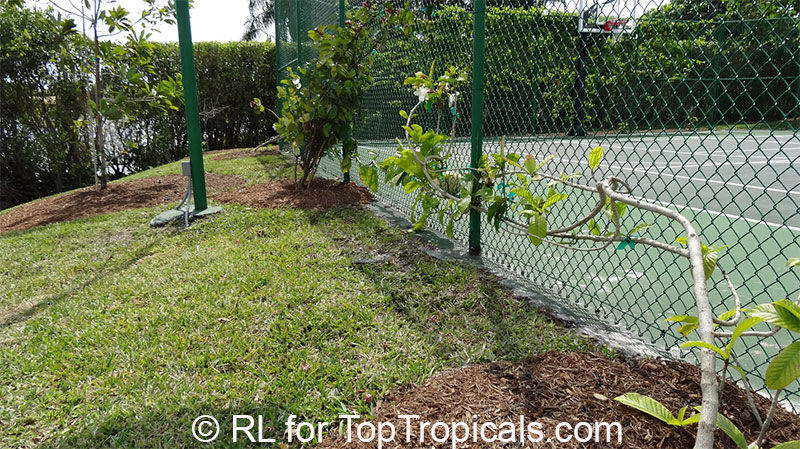 Note the Climbing oleander (Strophanthus gratus) planted 20 ft. away. The main trunk of the Easter Lily goes further behind the oleander; about 40ft away is the second Easter Lily plant.
The next picture was taken 6 months later, from the other side. 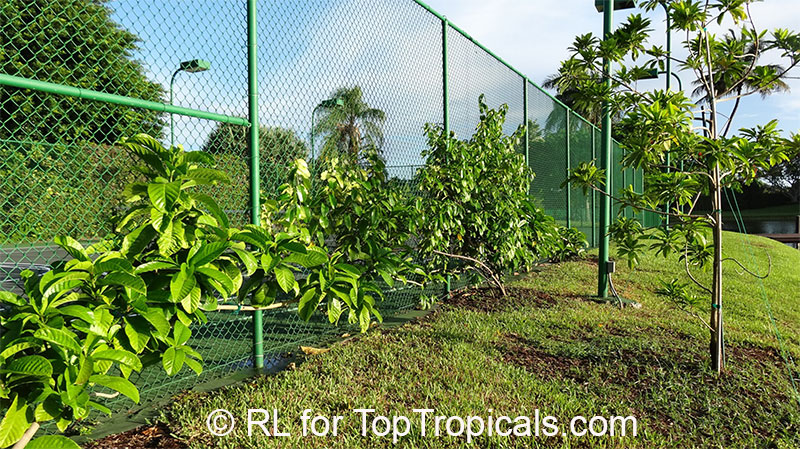 The following picture was taken 2 years after planting, showing the center 30 ft. section of the fence. 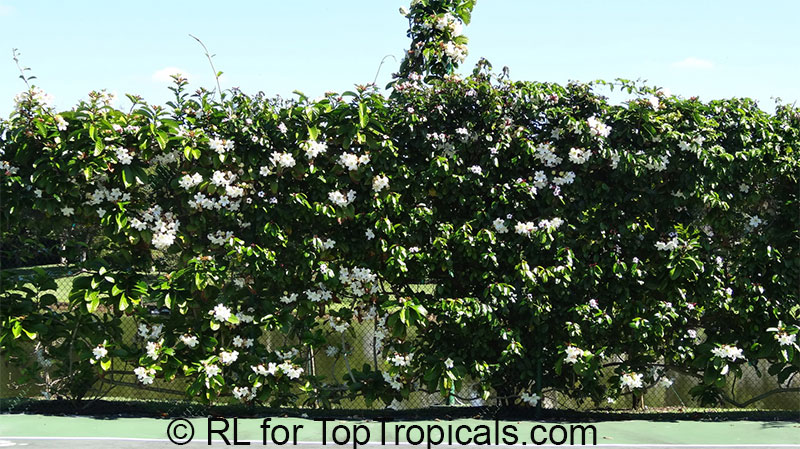 The next picture shows how a branch was forced into “U-turn” to create two parallel branches, less than two feet apart, according to the illustration above. 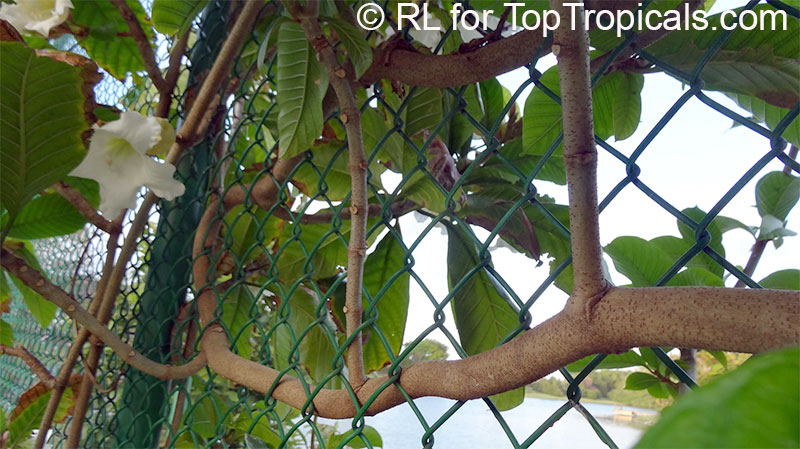 The plant was allowed to reach the light pole and naturally twine around it for added stability. 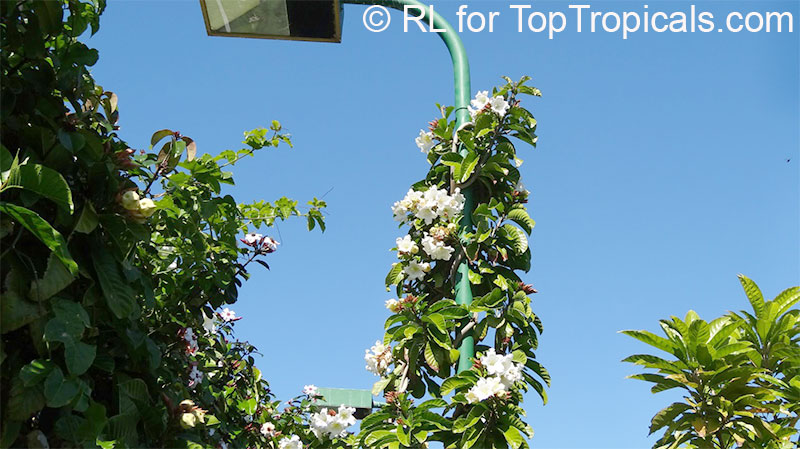