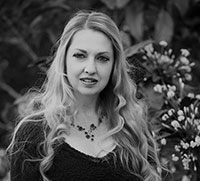 Author: Jane Jordan
Jane Jordan is a horticulturist and has studied and worked at the RHS botanical gardens in Cannington, England.
She now lives in Sarasota, Florida. Alongside her passion for horticulture, she is also a novelist. 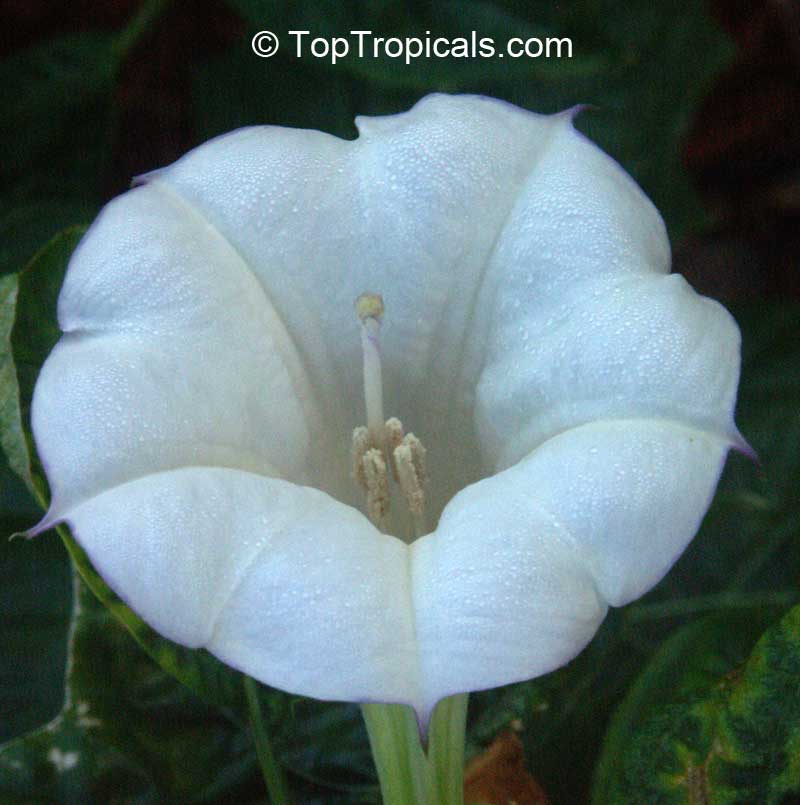 Datura is a member of the Solanaceae family, it’s potent charm not only comes from the fact that this plant produces beautiful trumpet flowers in shades of white, purple, yellow and red, but it possesses powers that go beyond beauty and scent.

Commonly known as the devil’s trumpet, Datura has long been associated with witchcraft and voodoo rituals. It has been used as a hallucinogen, and an effective poison. While most parts of the plants are highly toxic and extremely dangerous to ingest, it has also been widely cultivated worldwide for its chemical, ornamental and even medicinal qualities.

It is not possible to be sure about its origin, the botanist Carl Linnaeus first described Datura metel in 1753, but no illustrations were made until much later. Datura stamonium is believed to have originated in Mexico, and in Australia, Datura leichhardtii was discovered by Ludwig Leichhardt in 1844. Datura species grow in the wild in all the warmer parts of the world.

Datura is a vespertine plant, which means they bloom at sunset and the blooms last until the next day. The flowers mostly point upwards, while the closely related genus, Brugmansia (also known as angel’s trumpets) flowers hang downwards, like large delicate pendulums.

People often get Datura and Brugmansia plants confused, as not only their common names overlap, but they share the same active chemical components.

Datura plants grow quickly from seed, and in South Florida they can grow up to six feet tall. The blooms are fragrant and particularly so at night. Leaves are lobed and lightly furred. The flowers are the standout at several inches in width. Datura self-seeds vigorously and seedlings grow fast to adult status in one season. Datura plants grow in full sun as well as part shade, and need fertile soil and regular watering.

Some species of this plant are classed an annual, this may be because they are grown below zone 10a, when grown in a warmer climate this plant behaves more like a perennial, it may just lose it leaves in winter and come right back as the temperatures warm up again.

Fertilize in spring with a light flowering plant food high in nitrogen.

Datura can be pruned for shaping or to control size, and frequent deadheading will promote continued blooms.

Buy Datura from our store

Buy Brugmansia from our store 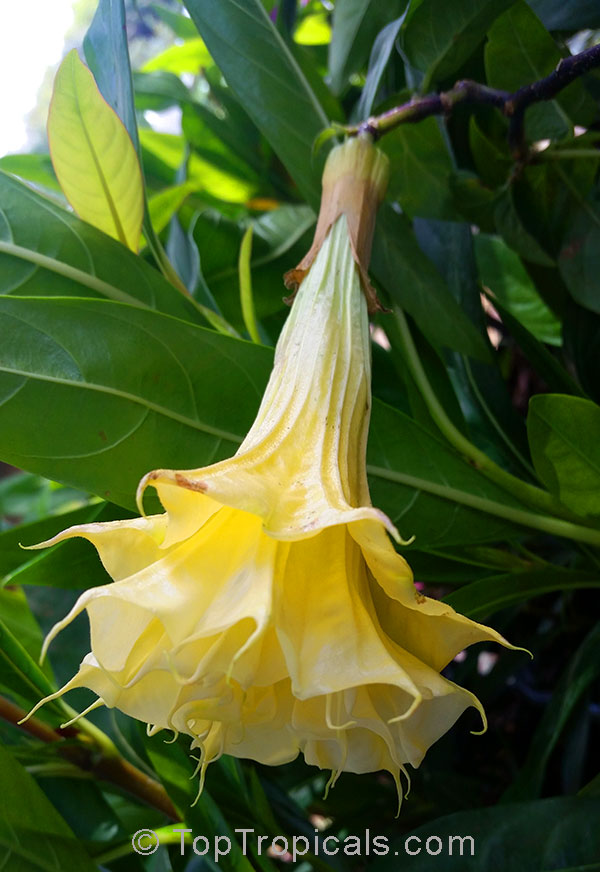 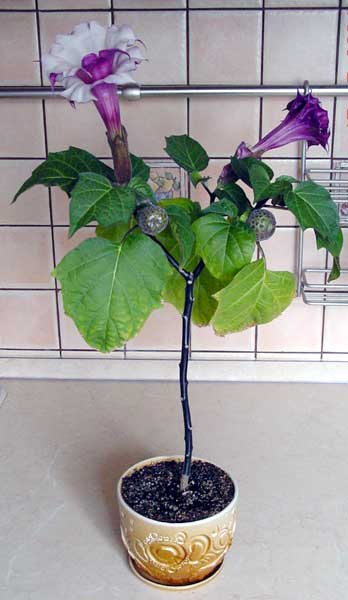 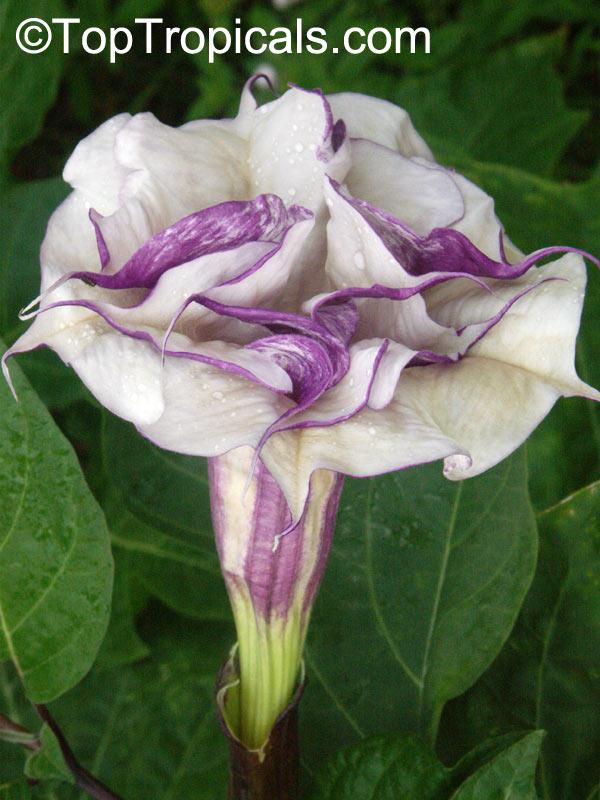 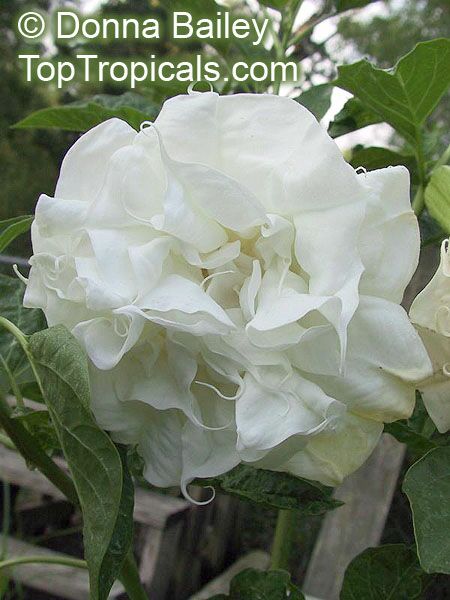 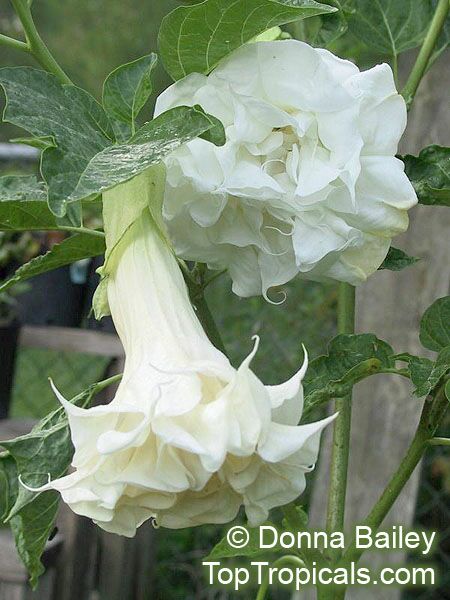