by Mark Hooten, the Garden Whiz

Recently, I was asked what my favorite Euphorbia might be.  It's a pretty big question as it's one of the world's largest genera/families, so I said I would give it some thought, which I did.  I mean, this is a huge group of plants, including members which range from being frail and relatively delicate such as Poinsettia's, to being some of the most indestructible of succulent growing things such as the cactus-like Euphorbia ingens and Euphorbia obesa. Also included in this family would be the nearly endless array of (to me at least) the world's most colorful and mind-blowingly exotic plants, the fancy crotons!  However, if i stick with the TRUE Euphorbia's, I think I have to say that a strange little species from a tiny speck of Madagascar, hardly known in cultivation called Euphorbia decaryi var. spirosticha is probably my favorite.  I was given this one over 30 years ago.  It actually has no particular features which make it special, yet somehow, in some ineffable way, it really is outstanding.

Apparently, this is a highly endangered species found today in a habitat about the size of an average Walmart parking lot...  a tiny little creeping semi-succulent thing with equally tiny, crinkly, thick leaves which slowly form a mound over time. The plant in the image, which is in a six inch Japanese bonsai pot, is currently over 30 years old!  Meaning I have grown it since 1987 (according to the date on a tag i found buried in the pot when i went to re-pot it a few months ago).  It had come from a wonderful rare plant friend no longer with us, now gardening in a better place.

Perhaps approaching the New Years Season makes me appreciate the plant people I've known. It also made me take stock of the great plants I've had for the longest time. Doing so, I've come to realize that I care for over a handful of potted plants which I have owned for a number of decades.  This Euphorbia spirosticha is one of them.

Check out Euphorbias from our store... and make sure to add to your wishlist this amazing plant, Euphorbia decaryi... 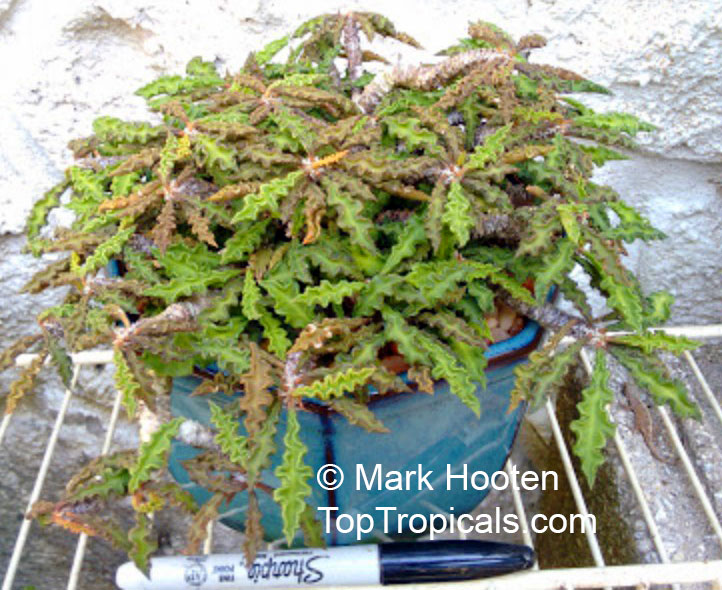 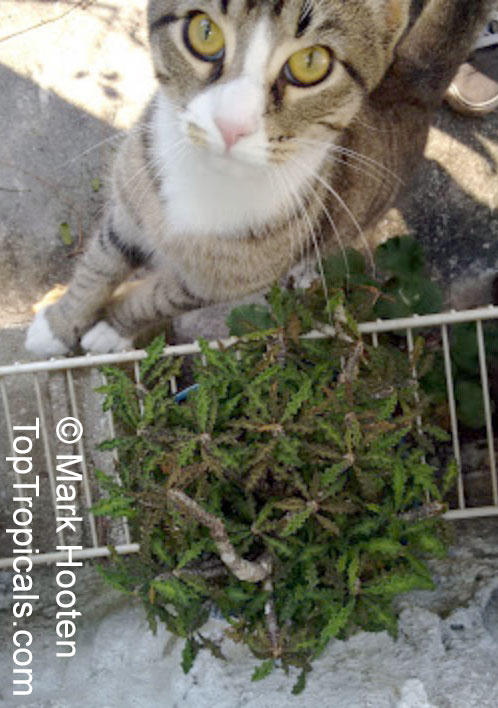 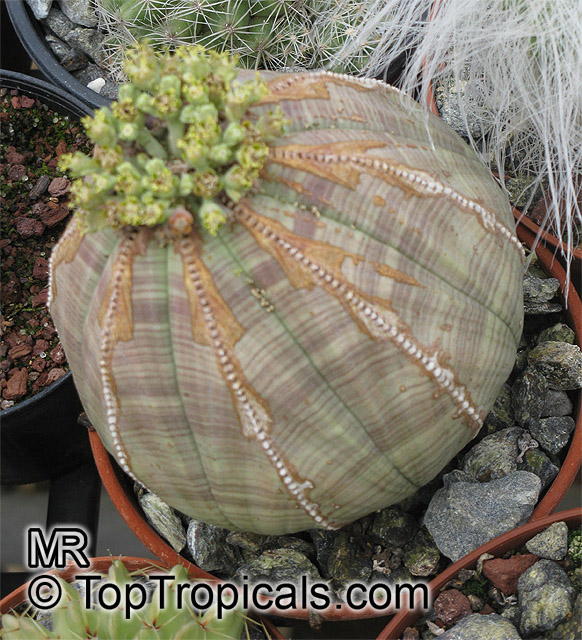