I wonder how many people know that the Pineapple was actually the very first New World tropical fruit to have been sampled fresh by European royalty? It happened 527 years ago, when one made it to Spain, being personally delivered to King Ferdinand and Queen Isabella by Christopher Columbus. He had brought it directly from the island of Guadalupe on his voyage home during his second trip in 1493. Actually, he had obtained a huge number of them, however only one actually survived intact and edible! That pineapple was instantly declared to be the most luscious wonderful fruit ever, and from there went on to achieve even greater status.

Soon, this fruit was so worshiped as being the absolute quintessence of ultimate exotic luxury that the most elite classes (Kings, Lords, Dukes etc.) paid absolutely exorbitant prices for the few which became available. They threw huge parties and soirees for their aristocratic equivalents, just to show how much money they had at their disposal! (This reminds me of a pair of "perfect" mangos which sold recently on auction in Japan for a couple of thousand dollars!). But then, it became even more intense. Right here on this continent, in Boston, during the 1700s before the Revolutionary War, the overly monetarily intoxicated super-rich were actually paying a modern equivalent of⁠ - get this - 8000 dollars for a single fruit! Again, simply to show off to their cronies just how wealthy they really were! Also, in this same time period, the lesser wealthy upper classes would simply rent a pineapple from an owner of one for a single big extravaganza night - for display purposes only as THE centerpiece - which then had to be returned the next morning!.. That's how we came to know this magnificent fruit. This is how the pineapple has become a now nearly universal symbol for hospitality. 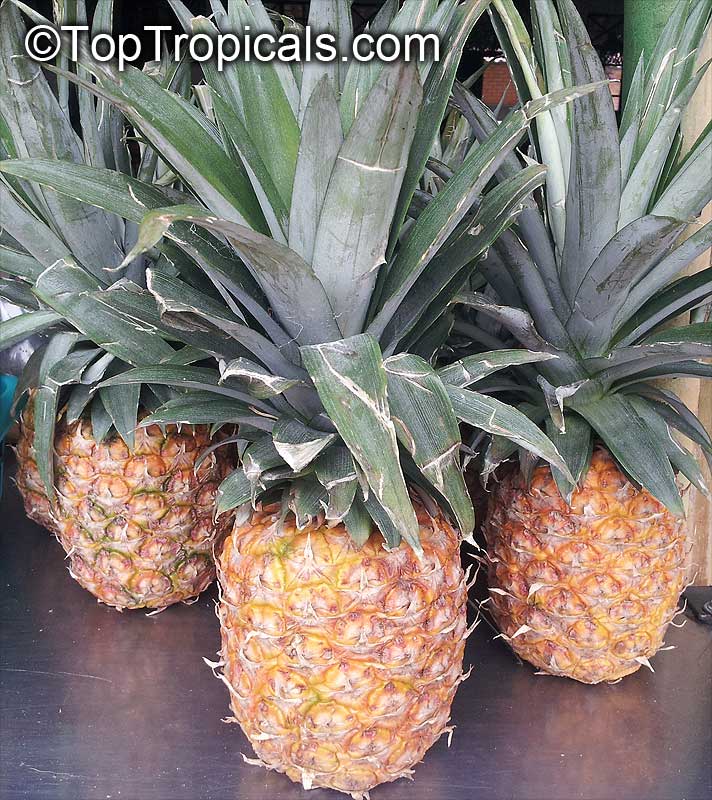 Fortunately for us now, the pineapple is not at all difficult to obtain. Whether canned, dried, or fresh, there's hardly any market anywhere without some form of them. And best of all, from a gardener's viewpoint, they're also very easy to grow to perfection. If you are blessed with living in a warmer climate, such as much of the southern United States, it is generally easy to grow them casually in the garden with great results. However, even in the upper latitudes, they can be fruitfully grown in containers, either in a greenhouse or even a nice, sunny window. You can't obtain as much resutl with most other tropical fruits, say, mango, avocado, or jackfruit (they simply need bigger pots). I do have a friend in the mid-west who grows four or five different varieties on a Pineapple simply in a bright bay window, whose results make his friends awe in amazement.

Pineapple cultivation is basic and simple. Planted in organically rich and well drained soil, whether in a pot or in the ground, given just normal watering, and fertilized lightly more frequently than not, pineapples are really easy to grow. Just keep them a bit on the drier than the wetter side, never constantly waterlogged at the roots.

Even though I am blessed with the South Florida climate, I still actually prefer to grow my own collection in containers. This seems to give me more control over their care, plus, I can easily move them around if the occasion arises. It should be mentioned that like other bromeliads, pineapples have microscopic structures down toward the bases of their leaves which are meant to absorb both accumulating moisture from dew, especially during dry periods, as well as nutrients. So one of my cultivation secrets is to rather frequently pour or spray a bit of appropriate (highly diluted) fertilizer directly into the center of their leaf crowns.

I will also extend myself and give away a commercially utilized trade secret, which is, that once the fruiting flower-spike has appeared, extra magnesium added to the foliar feeding will increase the fruit's size, sugar content, and weight. This will be provided when you use Constanta micro-element along with fertilizing. Constanta is a great magnesium supplement plus it has lots of other good stuff essential for this plant.

Also, while this is not widely known, pineapples in their native habitat of northern South America are pollinated only by hummingbirds. This is why, in the laws governing the state of Hawaii, the introduction of hummingbirds is strictly prohibited - with a penalty of over a hundred thousand dollars!  This is because should hummingbirds find their way there, they would begin cross pollinating the plants creating undesirable fruits with lots and lots of seeds throughout the flesh: they are small, hard, apple-seed-sized. 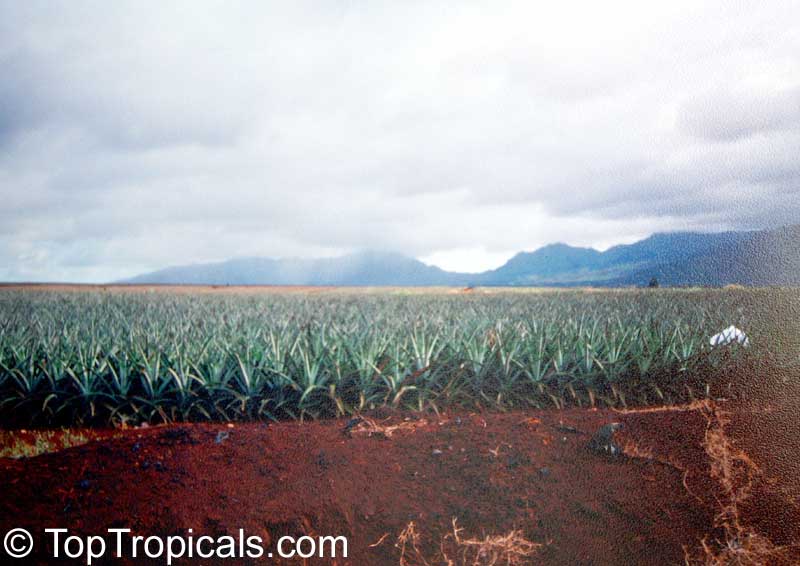 In conclusion, I will add the simple recipe for my personally favorite go-to comfort food. It has four main ingredients: cottage cheese, avocado, tomato, and pineapple, all coarsely diced. I always want this. Usually a little salt and maybe pepper on the tomato, and maybe just a slight drizzle of olive oil. Interesting too that this simple combination can be entirely shaken up in wonderful ways by adding any number of other ingredients...for example, the addition of either green olives, or tuna, capers, small cocktail shrimps, smoked salmon or baby spinach etc. The possibilities are literally inexhaustible. However, for me, it's just a way of showcasing the glorious pineapple.

See also: article about Pineapple in our Tropical Treasure Magazine #3 (Fall 2007) - Nature's Food and Pharmacy: The King of Fruits.

Check out our extended selection of superior Pineapple varieties. 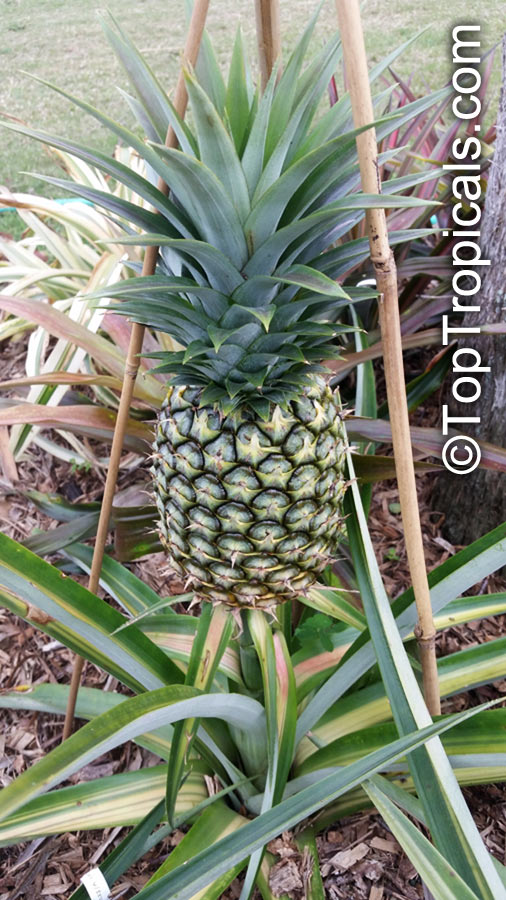