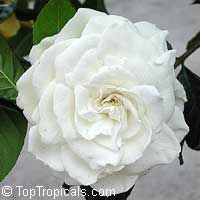 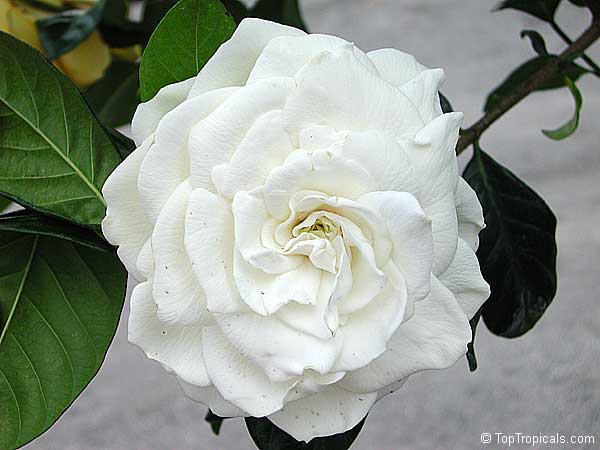 Also called "First Love" (sometimes misspelled as...  more
Gardenia Aimee Yoshioka (First Love) - bush
Also called "First Love" (sometimes misspelled as YAshioka), this cultivar is one of the darkest green of all gardenias, it has a 3 to 5 inch bloom so perfect, it looks artificial. It was developed by Tadaoki Yoshioka while he lived in Hawaii, and he later brought it to Florida when he moved to Ft. Lauderdale with his family in 1954. The gardenia was named after his daughter, Aimee (Aimee Hironaka), who died in a plane crash in Dallas on August 2, 1985 (Delta Flight 191). Aimee gardenia grows openly and upright and blooms twice a year and slightly later than others. Flower Size 3 - 5".
See picture of flower,
page about gardenias, their cultivation and varieties.
See picture of actual plant for sale (1-2013).