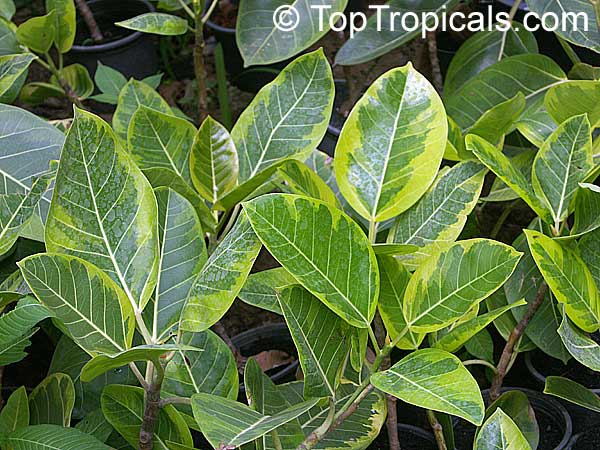 A large, spreading tree to 80ft or more, often with aerial roots, and a crown more than 100 feet wide. Leaves are glabrous, elliptic to ovate, to 10in long and 6in wide. The 1/2 to 3/4in diameter figs begin yellow but ripen red.

Like other figs, lofty fig often begins life as an epiphyte, growing on other trees (especially palms) until it sends its own roots into the ground, often encircling its host, and eventually displacing the host tree. It has also been found growing as a lithophyte on rock walls, stone or concrete buildings, and in cracks on bridges and turnpike overpasses.Introduced as a large shade tree but unsuitable for the urban landscape due to its immense size and extensive root system.