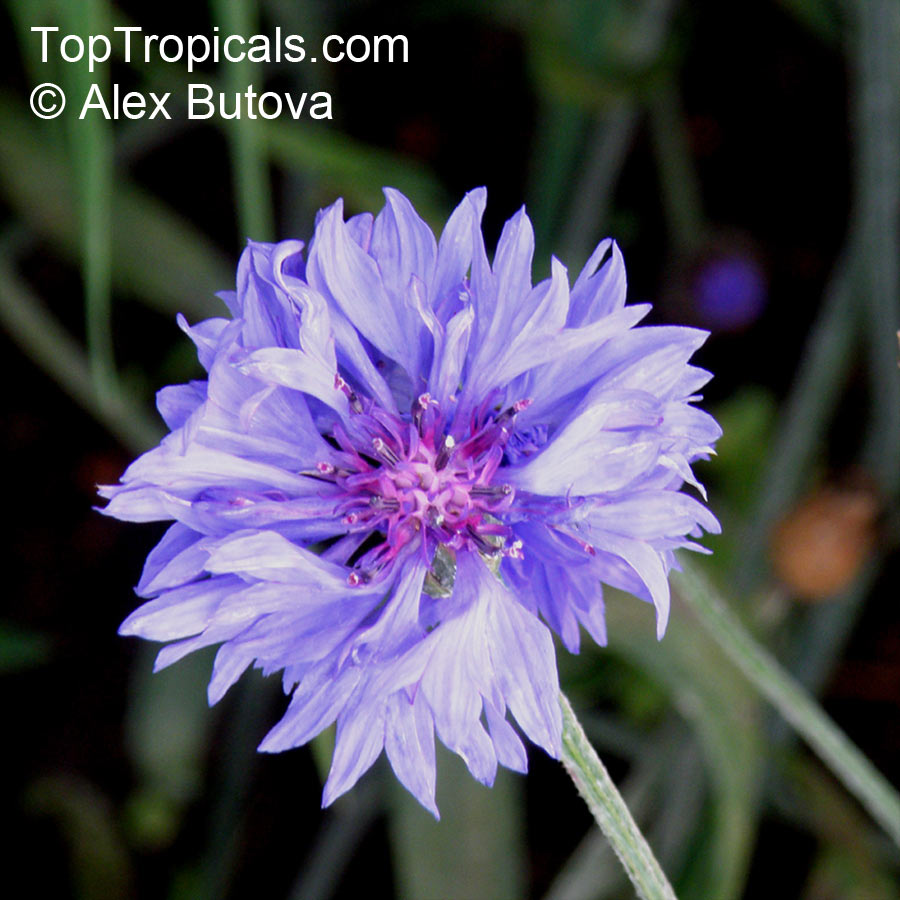 Small annual flowering plant with the most intense blue color. The blue pigment is protocyanin, which in roses is red. In the past it often grew as a weed in crop fields, hence its name (fields growing grains such as wheat, barley, rye, or oats were formerly known as "corn fields"). It is now endangered in its native habitat by agricultural intensification, particularly over-use of herbicides, destroying its habitat. It is now naturalized in many parts of the world, including North America and parts of Australia. It is grown as an ornamental plant in gardens, where several cultivars have been selected with varying pastel colors, including pink and purple. Centaurea is also grown for the cutflower industry in the U.S. for use by florists. The most common color variety for this use is a doubled blue variety. Seeds germinate quickly after planting.

The flower is occasionally used as a culinary ornament and prized historically for their blue pigment. Cornflowers are often used as an ingredient in some tea blends and herbal teas. In herbalism, a decoction of cornflower is effective in treating conjunctivitis, and as a wash for tired eyes.

In folklore, cornflowers were worn by young men in love; if the flower faded too quickly, it was taken as a sign that the man's love was not returned. The blue cornflower has been the national flower of Estonia since 1968 and symbolizes daily bread to Estonians. It is also the symbol of the Finnish political party, and the Swedish political party, and has since the dawn of the 20th century been a symbol for social liberalism there. The blue cornflower is also one of the national flowers of Germany. 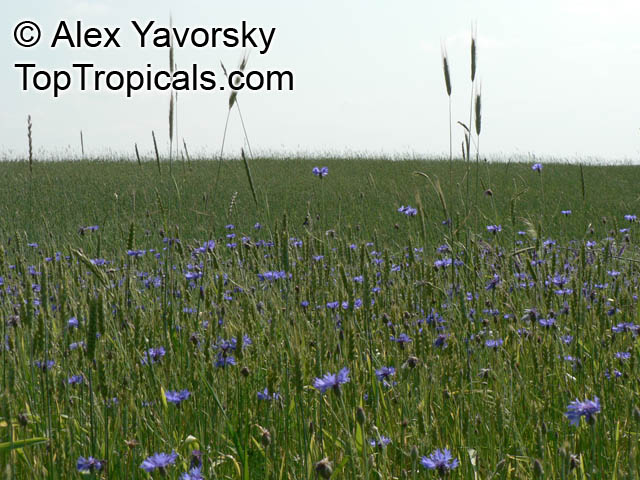 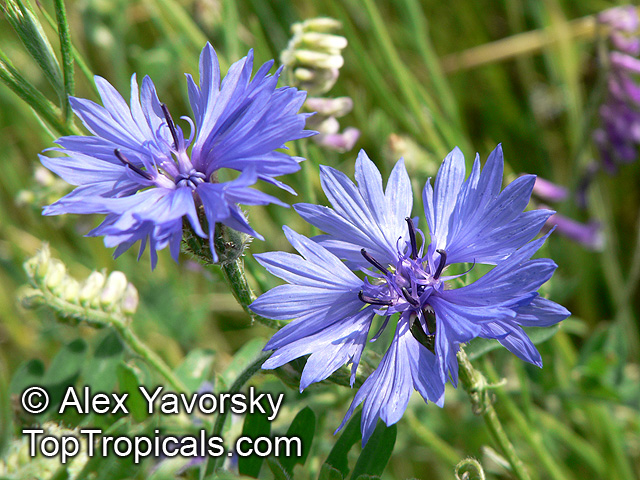 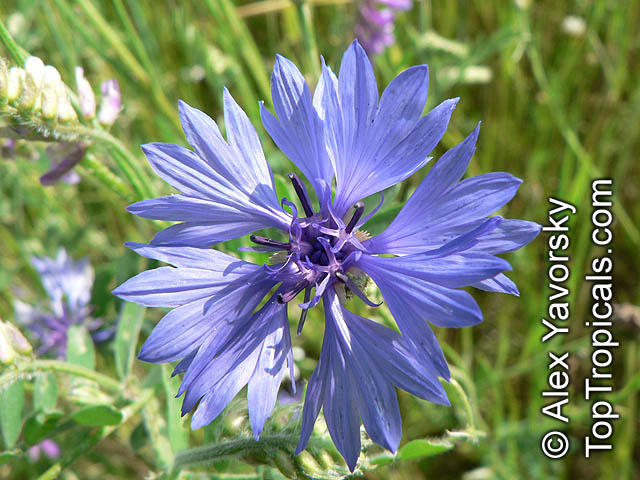 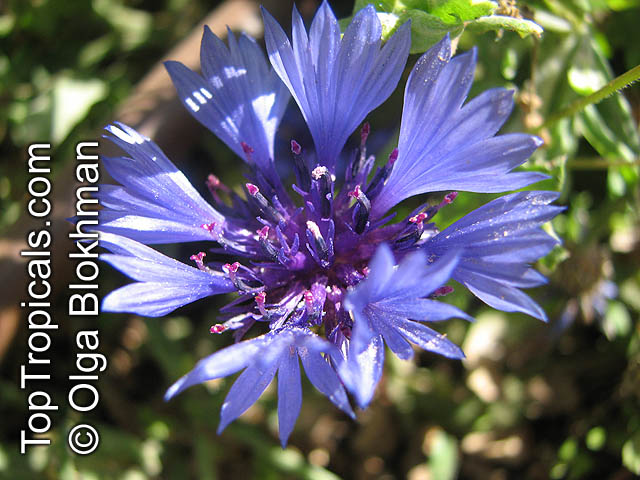