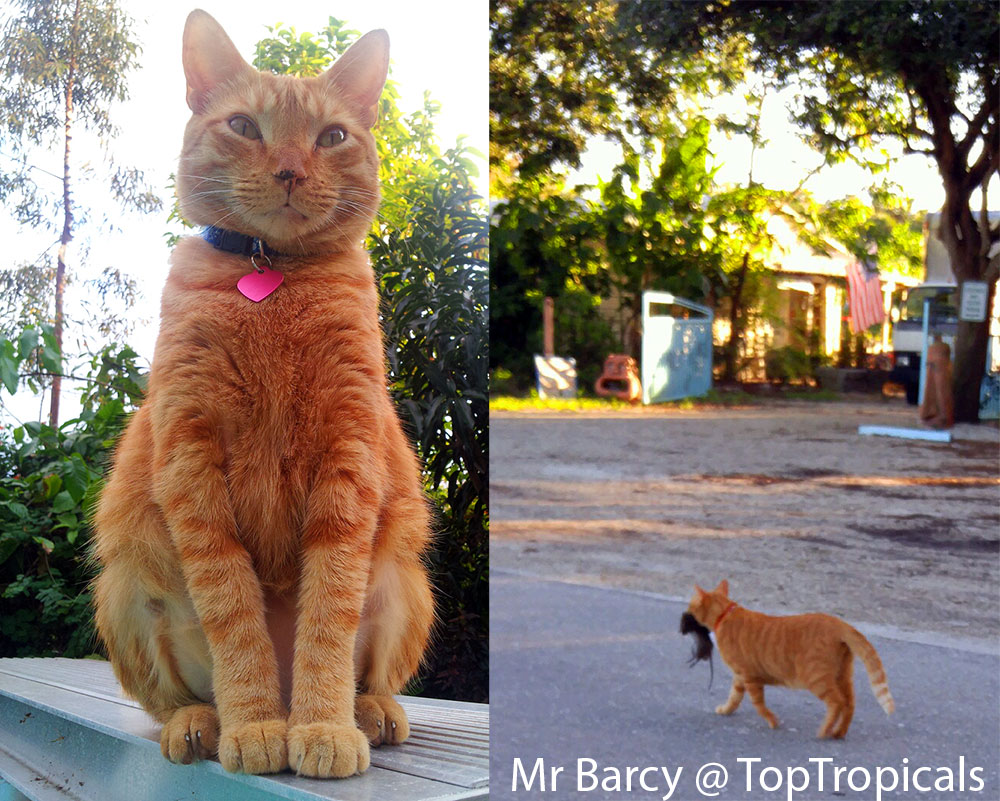 Mr Barcy is the Boss. He owns the property, the street, the neighborhood, and the City of Ft Myers. Once he told us that he owns the whole State of Florida too but he won't go any further... for political reasons he preferred not to disclose.
Along with Chief, Mr Barcy is one of the oldest cats of TopTropicals.
His story is, some 10 years ago, he was sitting in Animal Control shelter in Sebring, FL with no one wanting to adopt him... His "time" expired and he was supposed to be put down on Friday... Someone sent us his picture in a shelter cage and... on Wednesday, we picked him up (along with a few other "scheduled" cats). Since then, Mr Barcy has been living with us, running the business, and being the smartest Purrrson we ever met.
As a Boss, Mr Barcy has his own GPS tracker - and he walks 3-4 miles every day (not bad for a senior purrson ah?) around his premises, keeping operations under control, and himself in great shape.
In his leisure time, Mr Barcy prefers mice- and snake- hunting, keeping the neighborhood safe and monitored. He can walk a human without using a leash, and his tail is ALWAYS up! 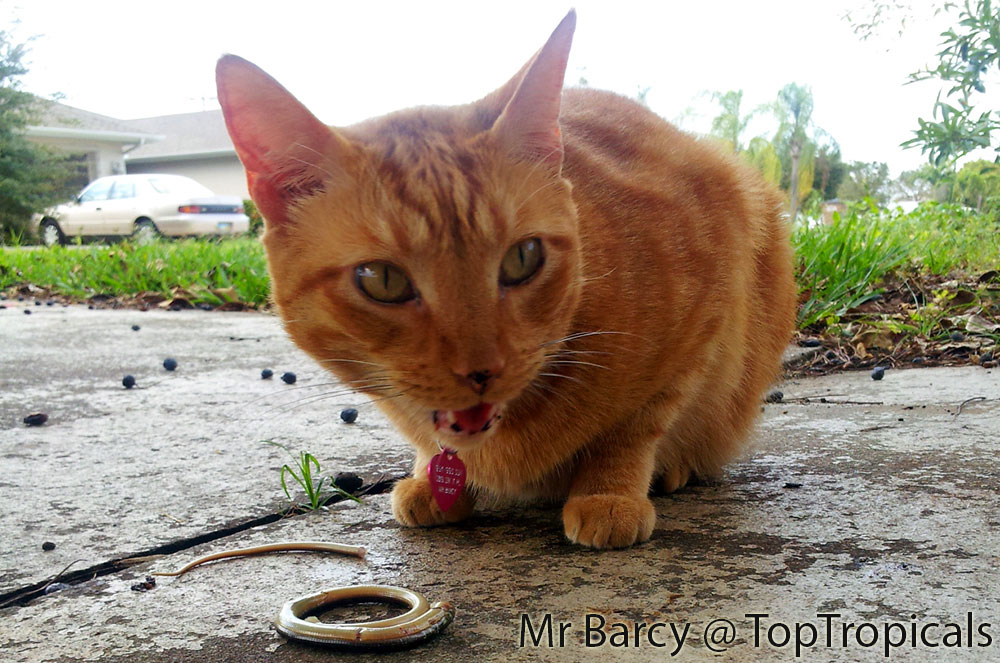