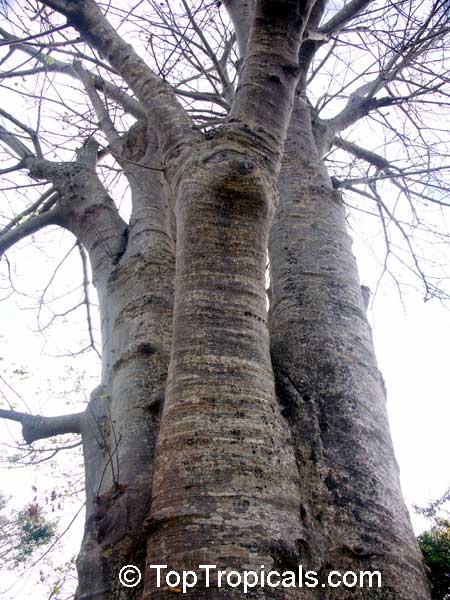 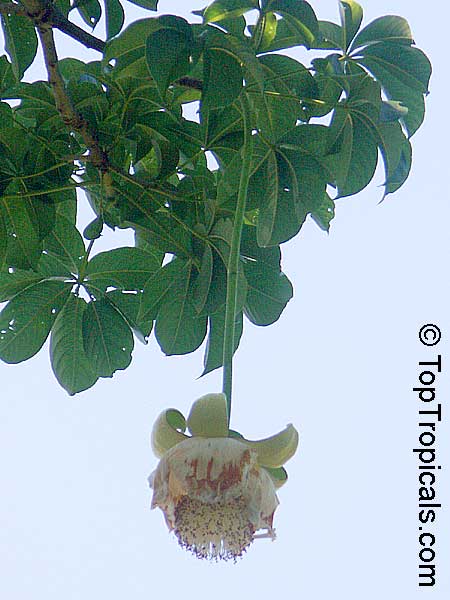 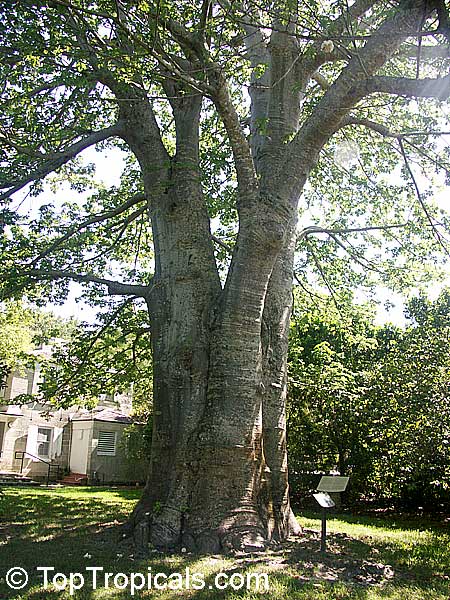 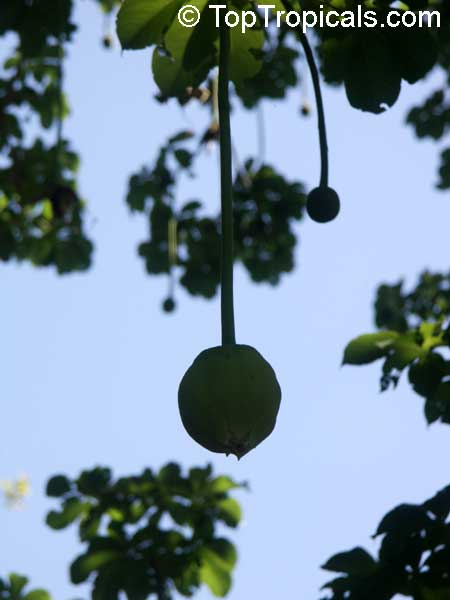 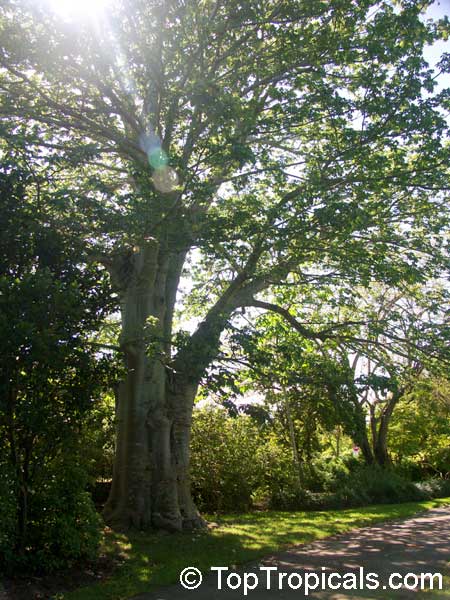 This is indeed a most remarkably shaped tree. It is not common in India but the sight of even one cannot fail to arouse interest and curiosity. It is only of medium height but the girth at the base, which is buttressed, is enormous —112 feet having been recorded. This huge, swollen trunk tapers suddenly and sends out several thick, horizontal branches. In summer, when in full foliage, it has the appearance of a giant mushroom. It came originally from Central Africa and is now naturalised and thrives well in dry, desert areas. Not only is it one of the most fantastic looking trees but it is also one of the longest lived—in spite of the fact that it grows quickly. Adanson, the French botanist after whom it was named, claims 5,000 years for some he knew in Africa. The name Gorakh Chinch is in memory of the monk Gorakh who is said to have taught his disciples under the shade of one of these trees.

The leaves are large and smooth and described as digitate—five leaflets radiating from a central point. At the beginning of the year they fall, leaving a gaunt, grey skeleton; new leaves sprout in spring just before the buds start making an appearance. These are very large and hang like balls of pale-green suede before the creamy white petals burst open. It is a massive flower; from the back curving petals emerges a white staminal column which opens out into a purple-tipped puff. These handsome blooms appear at midnight during June and July.

The white, gourd-like fruit has a spongy, acid pulp, containing many blackish, kidney-shaped seeds, surrounded by tough fibres. This pulp is mealy and edible and from it is made a cooling drink which promotes perspiration and alleviates fevers. Adanson found the fruit a great preservative against epidemic fevers, as it tempers the heat of the blood. From it also are made preparations for soothing irritation, curing scurvy and relieving stomach complaints. Gujerat fishermen use the gourds as floats for their nets and monks dry the shells td serve as water pots. The leaves are eaten and from the bark an extremely strong rope is made. Africans have many uses for the Baobab, including the rather gruesome one of burying their dead in the hollow trunks of old trees and the remarkable fact is that the bodies become dry without the process of embalming.

The timber is useless except for raft making as the wood is spongy. Poor people sometimes excavate the trunks of living trees to form homes for themselves.

Its rapid growth, valuable fruit and fibres, should make its extensive cultivation profitable, but so far this has not been done successfully. 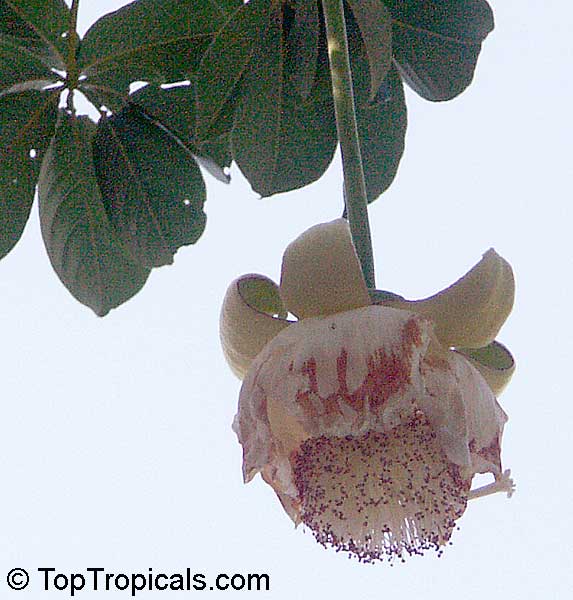 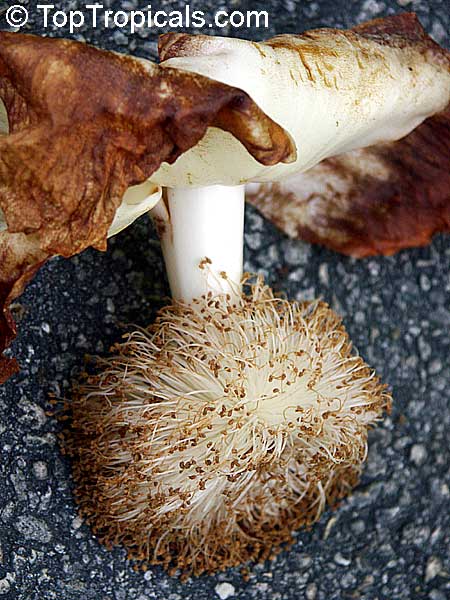 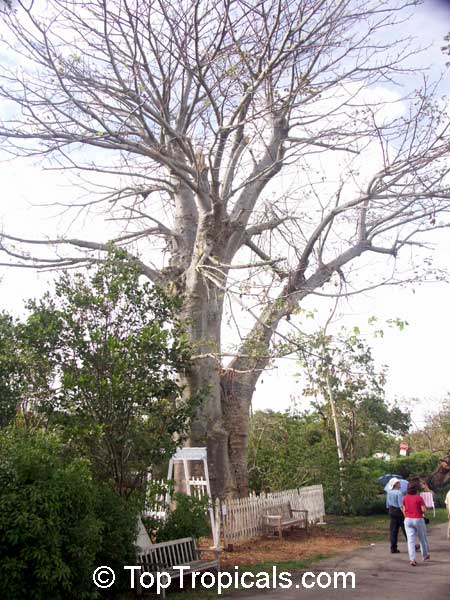