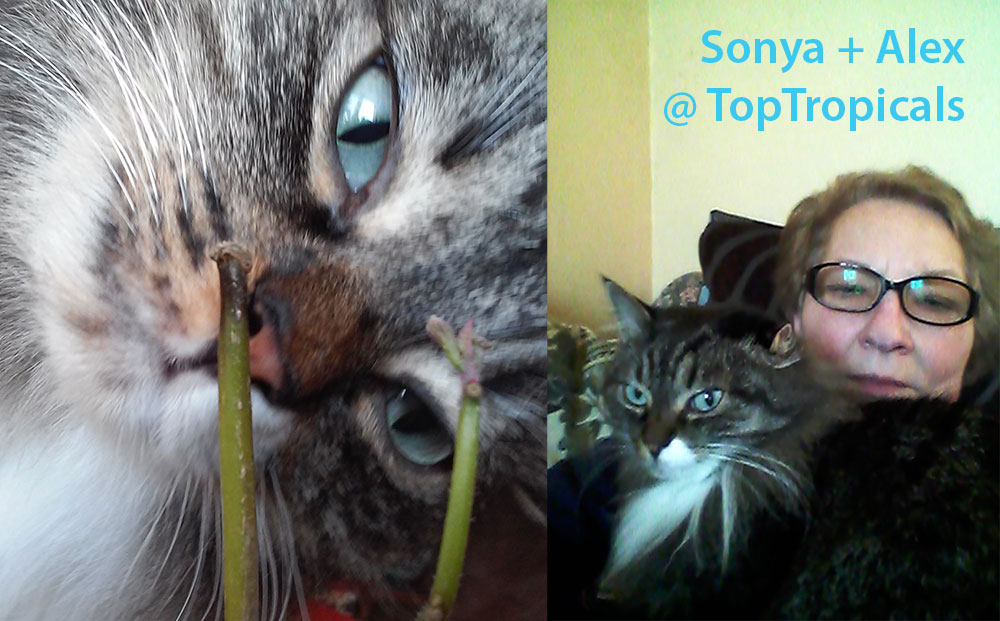 Alexandra Butova is our columnist, journalist, and photographer, living in Riga, Latvia. She has has been with TopTropicals since Day One (2002), writing about magic plants, travel, and of course cats - from the CatNation she belongs to. Alex is in charge of TopTropicals.ru website (Russian version).

This fascinating rare plant with white, strongly perfumed flowers is valued as a fast growing, impressive ornamental shade tree and is used to serve as an alternative to quinine... 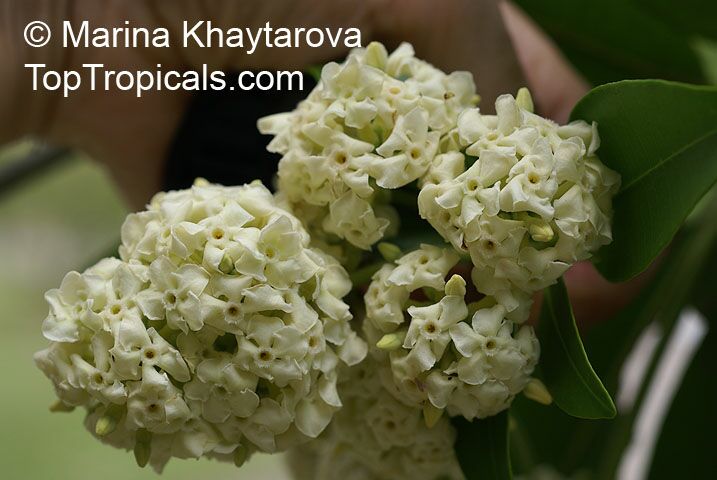 Alstonia scholaris, commonly called Devil's tree, is an evergreen tropical tree in the family Apocynaceae. It is native to southern China, Indian subcontinent, Myanmar, Thailand, Cambodia, Laos, Vietnam, Malaysia. Indonesia, Philippines to Australia and the Solomon Isles. Alstonia scholaris is very rarely found outside its natural areal. Its mature bark is grayish and young branches are copiously marked with lenticels like a birch. The bark has abundant bitter and milky sap. 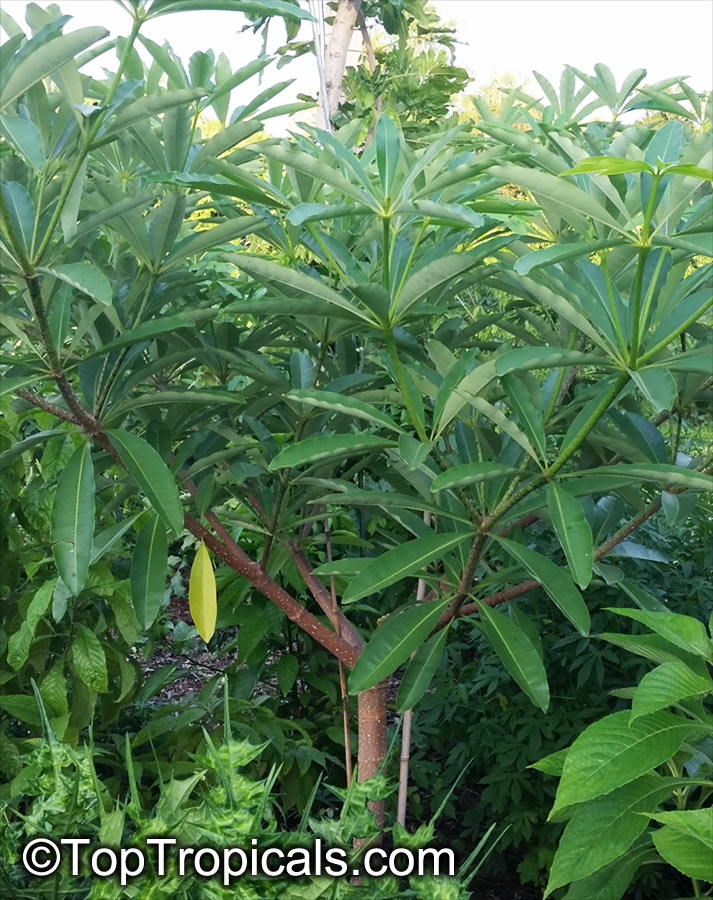 The leaves grow in bunches around the stem. They are blunt, glossy, and create starry symmetries. The leaves remain throughout the year with new flushes standing out against older leaves. 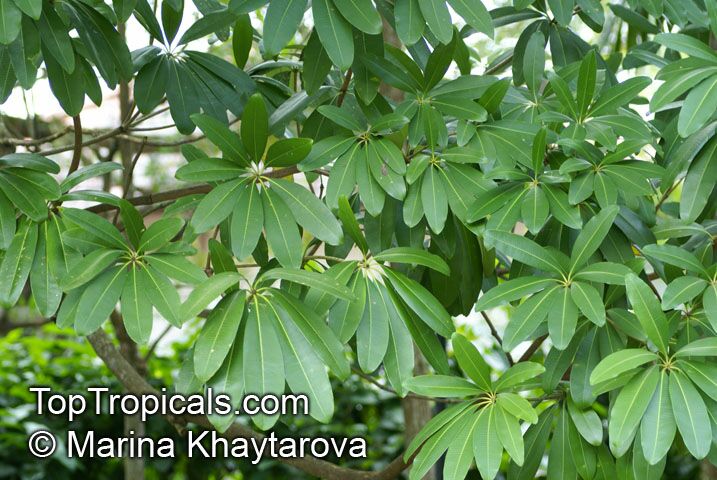 The upper side of the leaves is glossy, while the underside is greyish. The leaves are arranged in whorls of 4-8 leaflets (most commonly 7). The large branches provide favorable breeding sites for bees to make their hives on the tree. 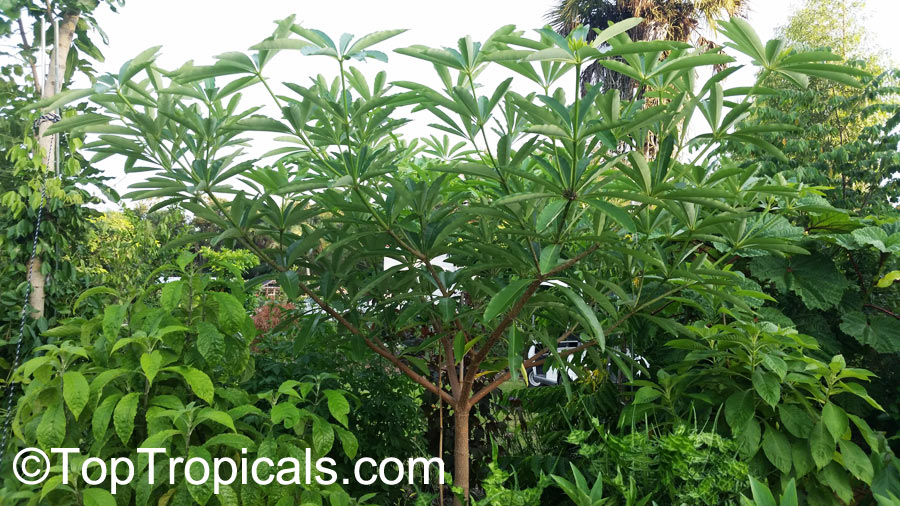 Blooming occurs usually from October to March. Flowers are white, creamy-greenish white, yellow or cream, lightly-scented, but fully-blooming tree emits strong heady fragrance sometimes described as reminiscent of Night Blooming Jasmine - Cestrum nocturnum. The flowers are a rich source of nectar and the pollination is carried out by insects. When the tree blooms, lots of insects like butterflies, bees and beetles are all over it! 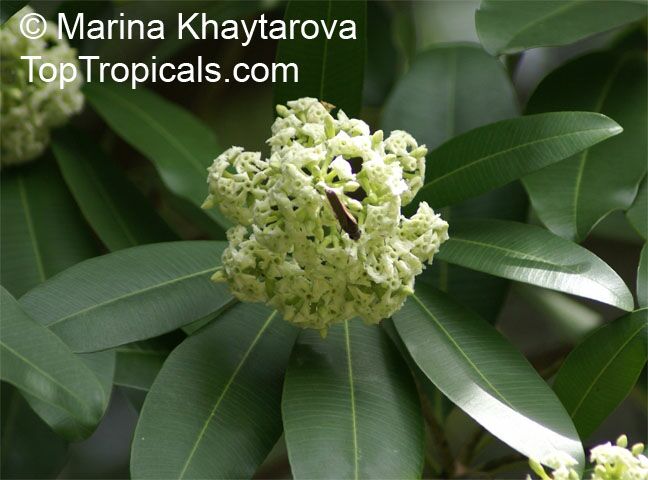 The fruit are bean-like and appear in pairs. The fruit is pendulous, two-lobed, 6-12in long, containing numerous flat, oblong, brown seeds with a tuft of hairs. The seeds are dispersed by the wind. 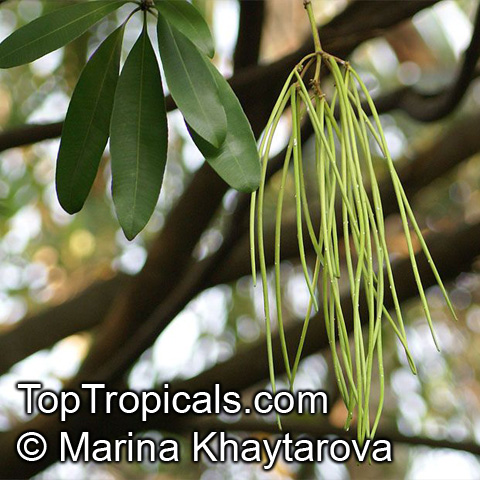 Popularly known as Devil Tree, as plant is believed to the devil's abode - probably due to the intoxicating fragrance emitted by flowering trees, especially at night. 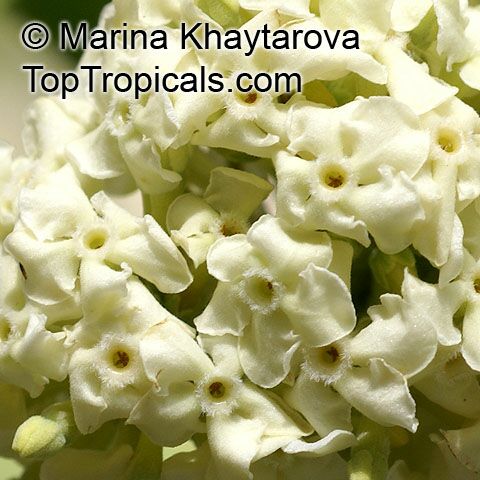 The tree is of great cultural significance in the intellectual circle, as traditionally its leaves were awarded to scholars and teachers during convocation ceremonies by the Visva Bharati University (can't think of a better name than Alstonia scholaris!). This tradition was started by Rabindranath Tagore. Due to environmental degradation, the practice has been reduced to handing over a single leaf to the Vice Chancellor of the University.

Devil’s trees are often planted in SE Asia for its ornamental and shade value.

Alstonia scholaris is an important medicinal plant in the various folk and traditional systems of medicine in Asia, Australia, and Africa. Bitter-tasting roots and bark contain alkaloids and used as substitute for quinine to treat malaria.

It is traditionally used as astringent against bowel problems like abdominal pains, chronic diarrhoea and advanced dysentery; also treats toothaches and snakebites.

Harvested and sold commercially as 'Dita Bark', the leaves used as remedy against beriberi (vitamin B-1, or thiamine deficiency).

Seeds are rich in hallucinogenic compounds, used by Indian tribes as aphrodisiac in sex rituals.

Furthermore, ethnomedicinal practices also suggest it to be of use in treating cancer, and preclinical studies validated these observations. Alstonia scholaris is also observed to possess radiomodulatory, chemomodulatory, chemopreventive effects and antioxidant, anti-inflammatory, immunomodulatory activities, all of which are properties efficacious in the treatment and prevention of cancer.

Latex is used to clean wounds and can be used for a good quality chewing gum. Essential oil extracted from flowers.

Alstonia's growth habit resembles one of Plumeria. The tree is very fast growing. It is easy to grow and not picky about conidtions, soil, or water. Established trees are drought resistant and relatively cold hardy. The tree responds well to trimming and becomes bushier. It can be grown in a container or, in frost-free climates - in the ground in a small yard, with minimal pruning. 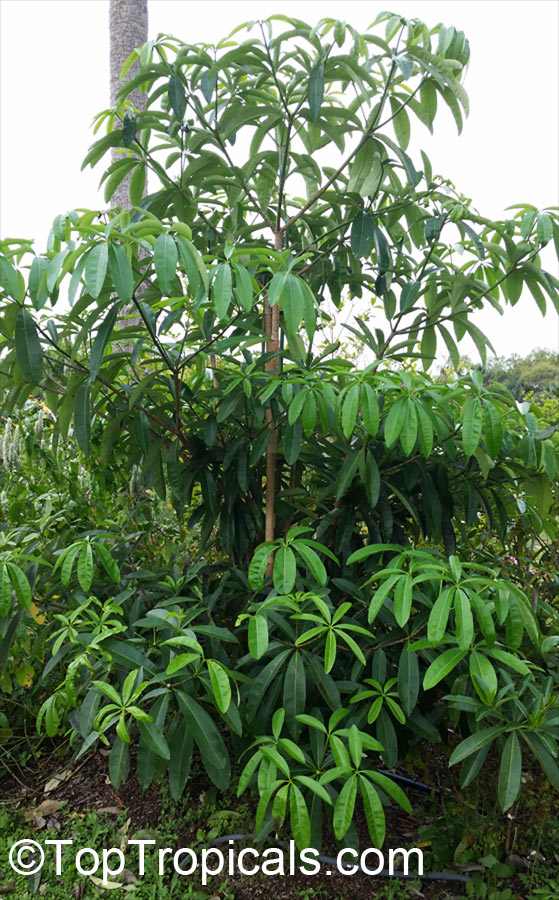