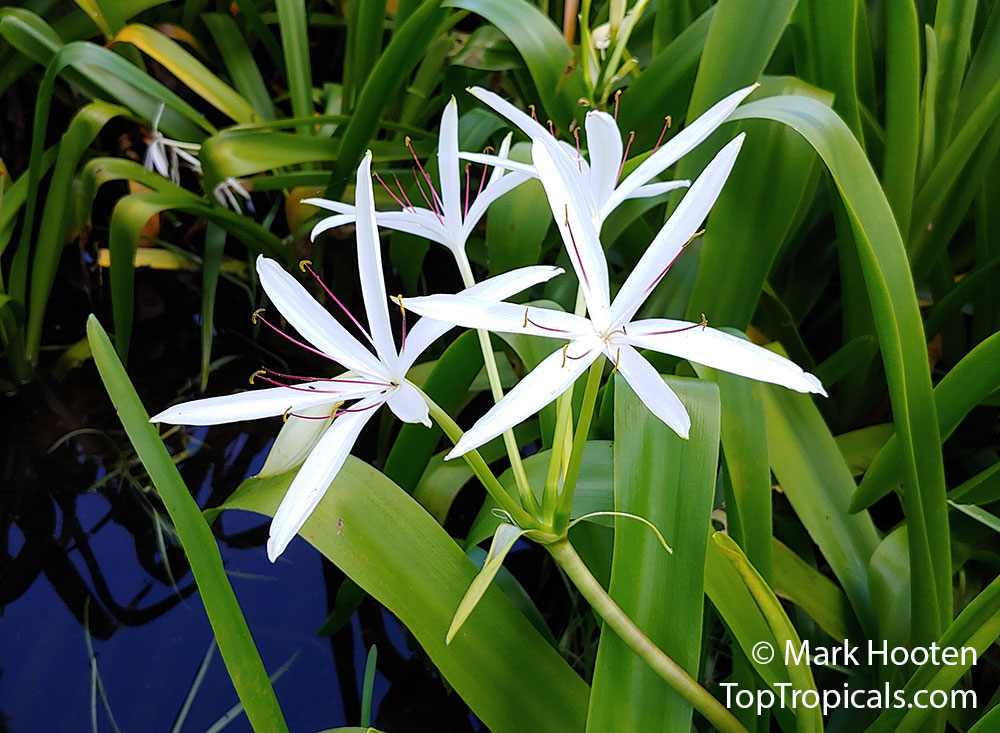 This most beautiful and fragrant of Florida's native lilies, most commonly known simply as "swamp lily', has a very wide native range, extending from the Everglades northward across all of the Gulf states. While being wide-spread in distribution, natural colonies generally occur widely separated from one another, often by miles. Because isolation of breeding populations often leads to speciation due to intense in-breeding, many of these populations develop traits which make them distinct.

After spending decades of examining what must be hundreds of populations, those from the Punta Rassa site would have to be the most unusual and wonderful of all. Perhaps the most interesting feature is that this population thrives in a most extreme and unlikely habitat of growing in a slough which is basically a storm-water run-off basin for pure Gulf of Mexico salt water created by high waves and tides. (Punta Rassa is basically a small spit of land at the very southern mouth of the Caloosahatchee River which empties into the Gulf right behind Sanibel Island). 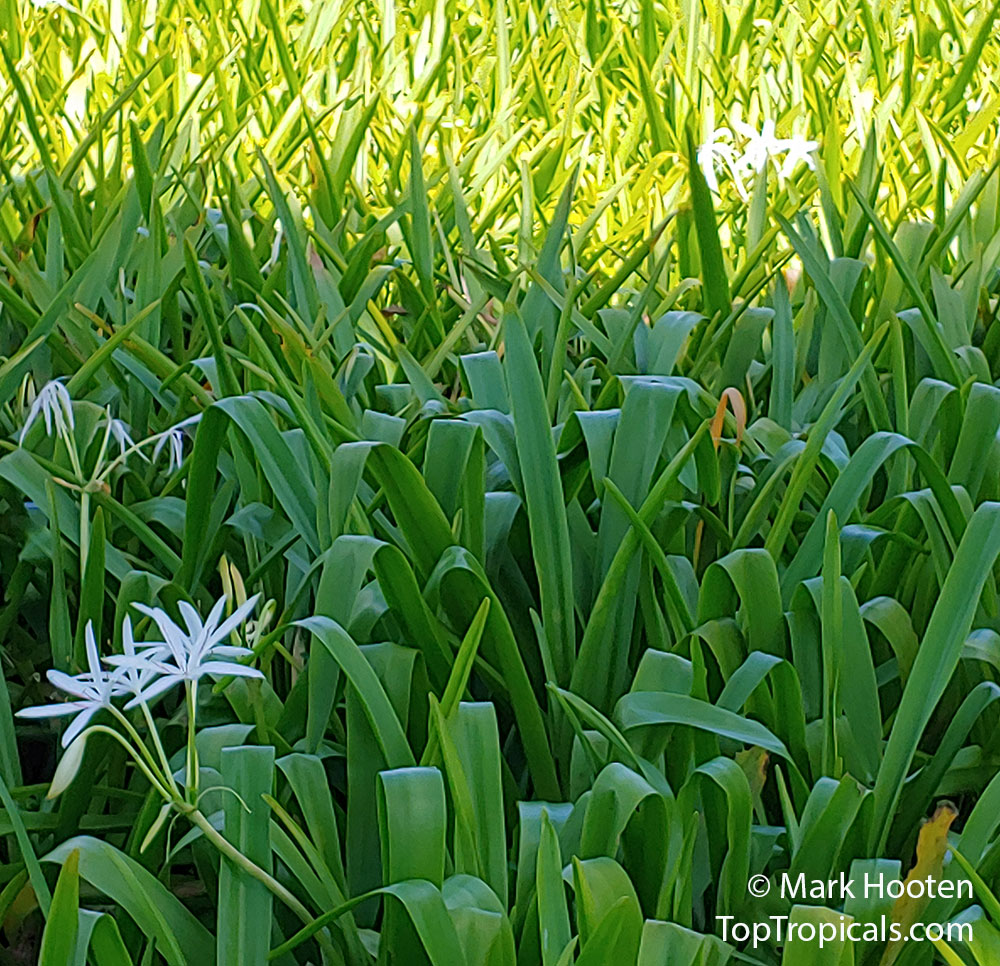 What really makes this variety special is its size and robustness. While most swamp lilies grow "knee high", these grow "waist high", the plants being at-least twice as large as most types. Also, they basically flower sporadically yet frequently from May through at-least December. Also, the extra large flowers have especially dark reddish-violet stamens which contrast nicely with the purest of white flowers. The fragrance is clean and somewhere between jasmine and Gardenia. These are nice strong seedlings nearly 2 years old which should flower soon.  Grows best in partial to full sun, in rich heavy soil, always very moist or even emersed in a few inches of water (saltwater not necessary!). Great pond or bog plant! 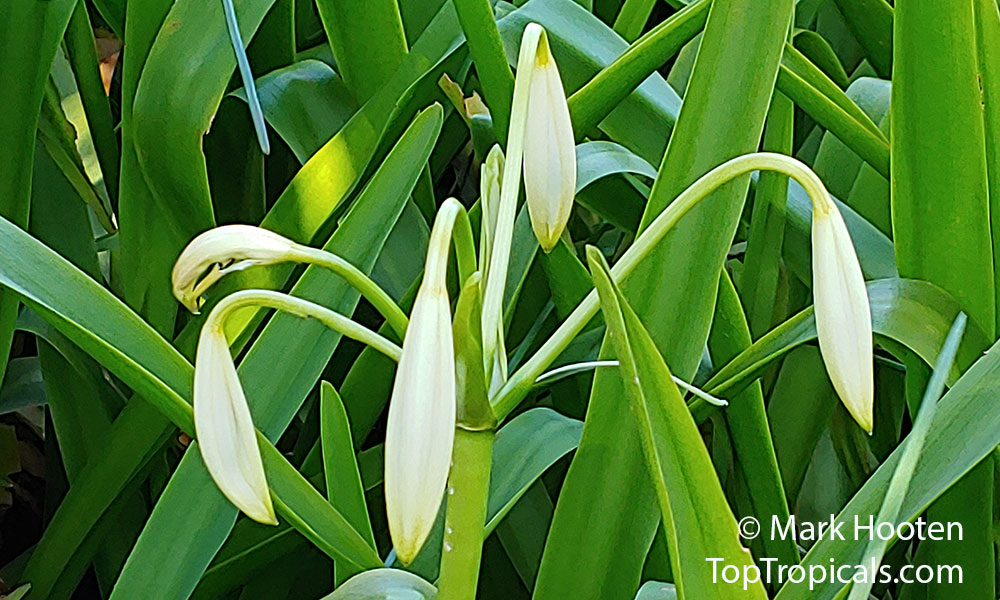