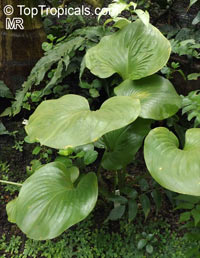 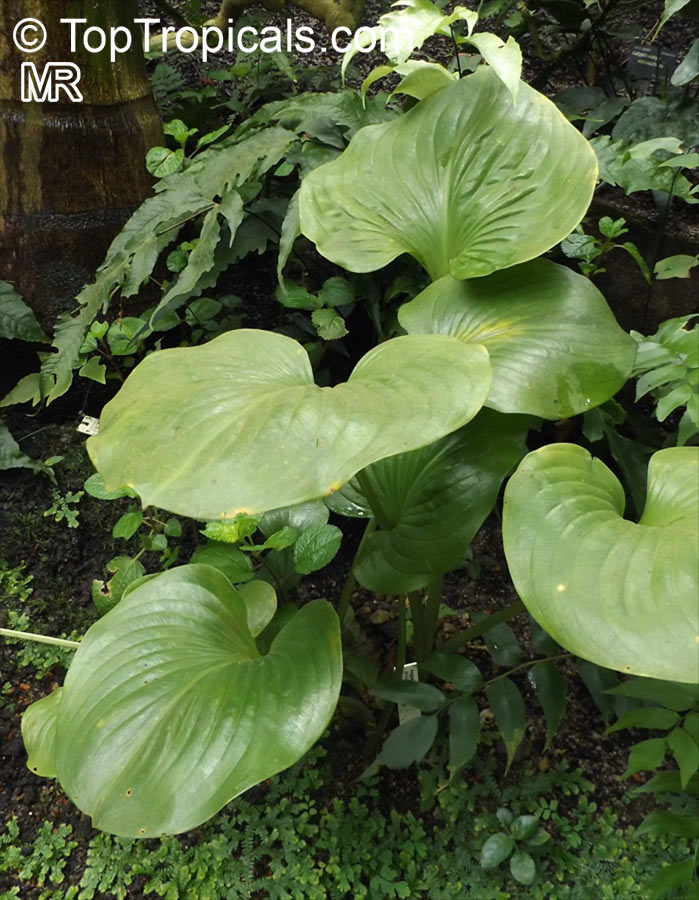 Proiphys amboinensis was named after the island of Ambiona, now Ambon, in Indonesia. Native to Thailand, Indonesia, the Philippines, Queensland and Western Australia, it is a widespread species from Thailand to northern Australia.

Nearly circular leaves followed by attractive scented white flowers with yellow throats. Plants in habitat flower during the rainy season around Christmas time - in late December. The leaves die away in the dry season.

The plant grows and pups happily in as small as 1 gallon container. Grow the plant in a shady to semi-sunny location and give it plenty of water while in growth. Occasional fertilizer is recommended. In the winter, water should be withheld which will result in senescence of the leaves. This treatment is necessary for the plant to produce flowers.

These plants, which grow from bulbs, are not widely used in horticulture, yet the large, deeply-veined leaves which are produced on long petioles make them desirable garden subjects. The fragrant white flowers are produced in umbel-like clusters on long stems. They open in succession over a prolonged period and last well. The fruits that develop on the flower heads often germinate on the plant (new plants can be grown from these). They contain one to several fleshy seeds. Plants die back to an underground bulb during winter and should not be disturbed at this time. 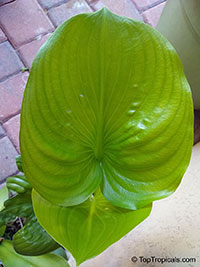 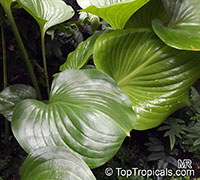 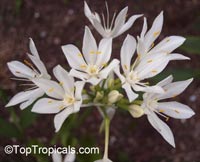 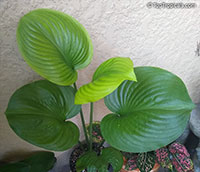 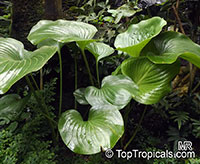 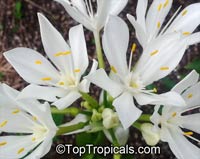 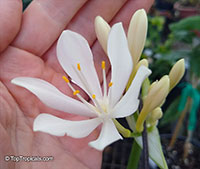 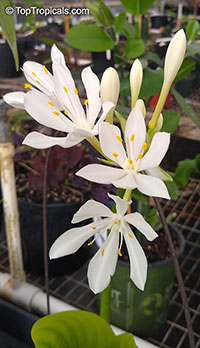 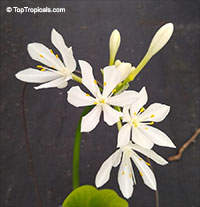 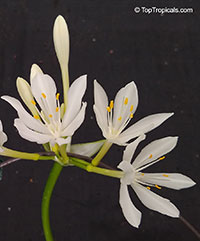 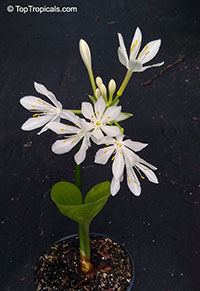 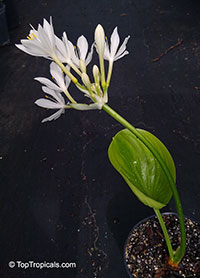