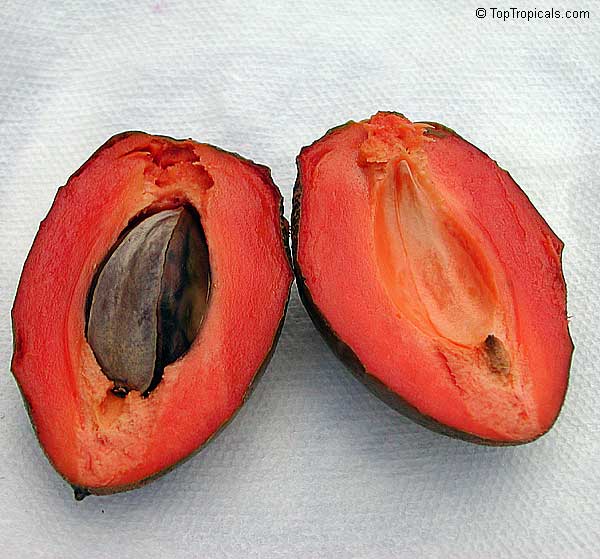 Green Sapote is a hardy close relative of Mamey Sapote, with a fruit very similar in taste.

Originated and cultivated in Ecuador, Honduras, Guatemala and Costa Rica, the fruit is little known outside of Central America, even though its flavor is often described as superior to the Mamey.

The tree is very compact and slow growing. It has smaller, darker green leaves than the Mamey.

The fruit is slightly smaller in size than one of Mamey and is 2-3'' wide, oval to round, green outside, orange inside; thin skin turns golden to brownish with ripening. The pulp is softer than the Mamey Sapote, with a better flavor and finer texture. Fruit softens when ripe, flesh contains one to two large seeds. Fruit is mature with first color break, can be picked hard, and will ripen off the tree. Fruits take up to 9-10 months to ripen.

The thick orange flesh has a 'melting in your mouth' effect, usually eaten fresh out of hand, or used in making desserts and preserves. The seeds are edible when roasted and have been used as an adulterant to chocolate.

The plant grows very slowly during the first year, then much faster. It is propagated by seed, but grafts can be also made onto Mamey Sapote rootstock. Grafted trees fruit soon, seedlings may take 7-8 years. Established trees can tolerate some frost for short periods. Good drainage is essential. 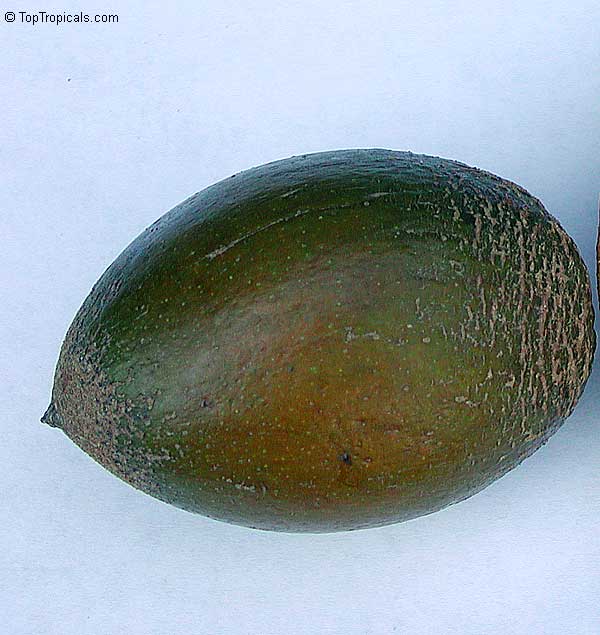 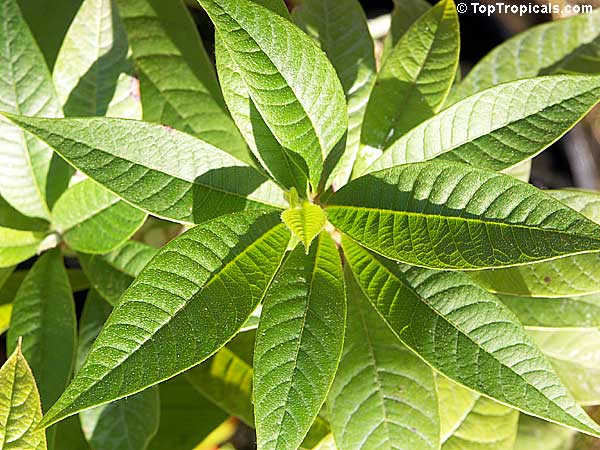 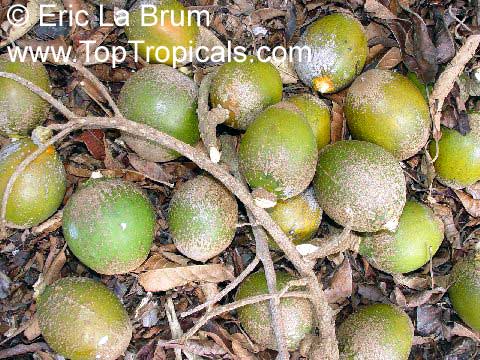 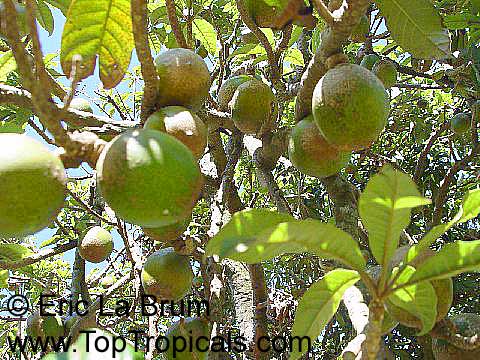 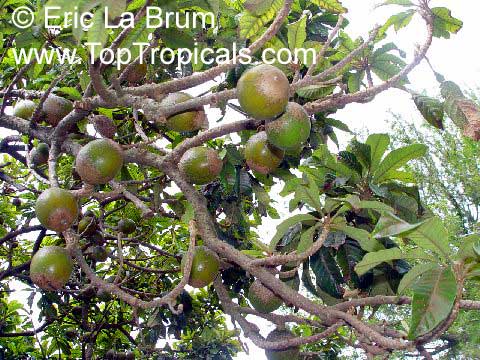 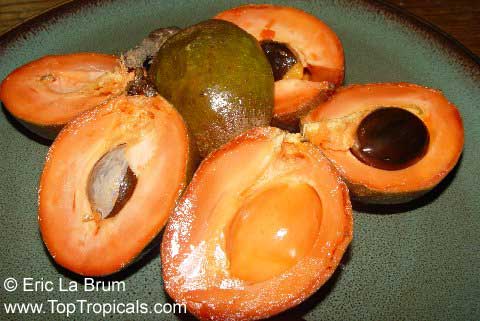