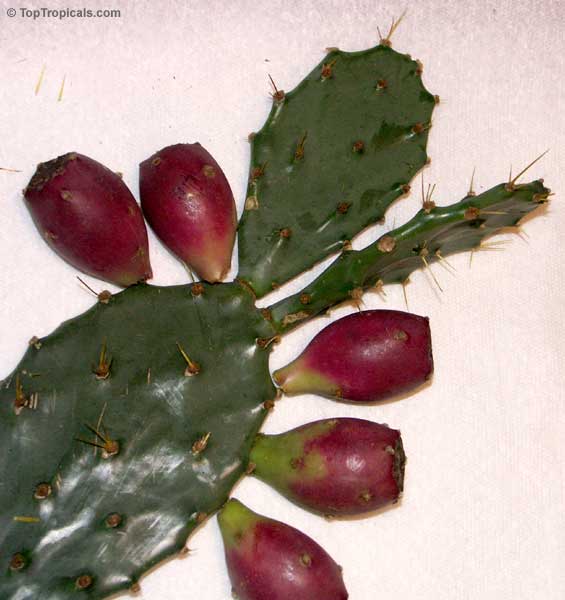 Prickly pear cactus are found in all of the deserts of the American Southwest, with different species having adapted to different locale and elevation ranges. Most require course, well-drained soil in dry, rocky flats or slopes. All have flat, fleshy pads that look like large leaves. The pads are actually modified branches or stems that serve several functions - water storage, photosynthesis and flower production. Members of the Opuntia genus are unique because of their clusters of fine, tiny, barbed spines called glochids. Found just above the cluster of regular spines, glochids are yellow or red in color and detach easily from the pads. Glochids are often difficult to see and more difficult to remove, once lodged in the skin. The fruits of most prickly pears are edible. Prickly pear branches (the pads) are also cooked and eaten as a vegetable. Because of the glochids, great care is required when harvesting or preparing prickly pear cactus. Most prickly pear cactus have yellow, red or purple flowers, even among the same species. There are many varieties, non-native imports and hybrids, so identification can often be difficult. 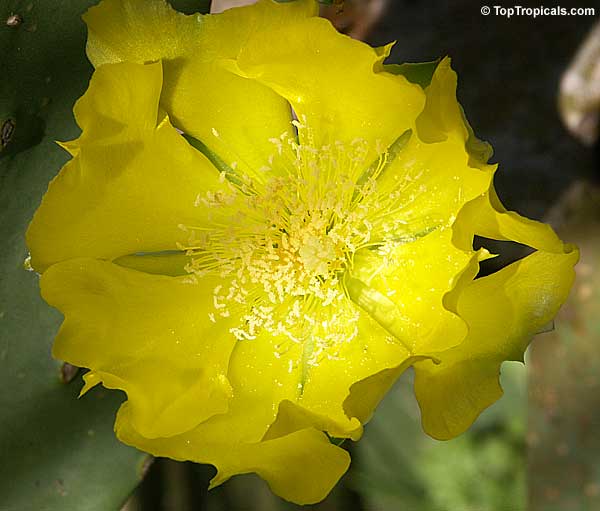 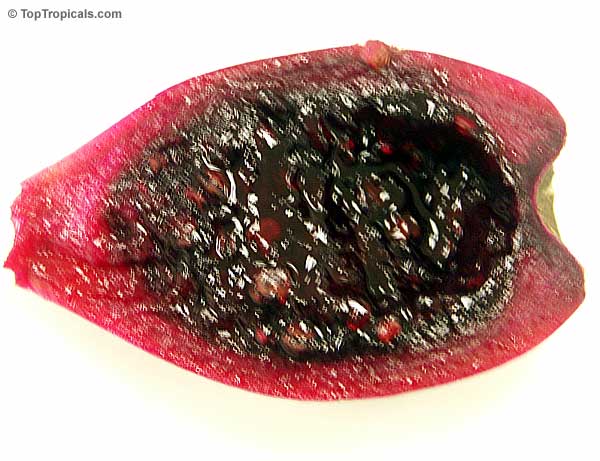 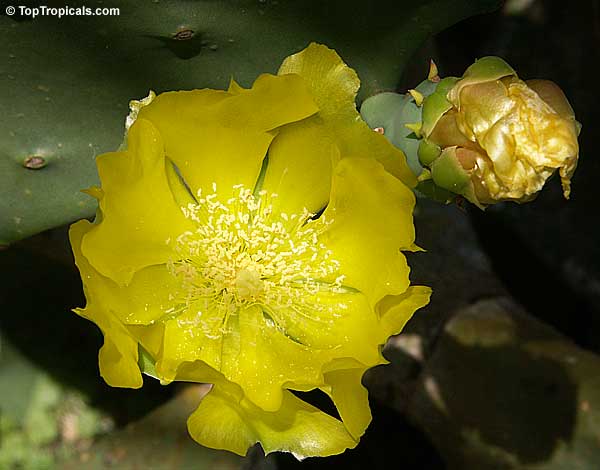 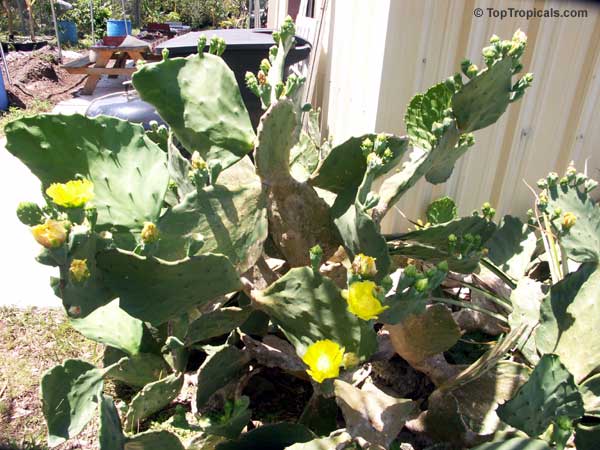 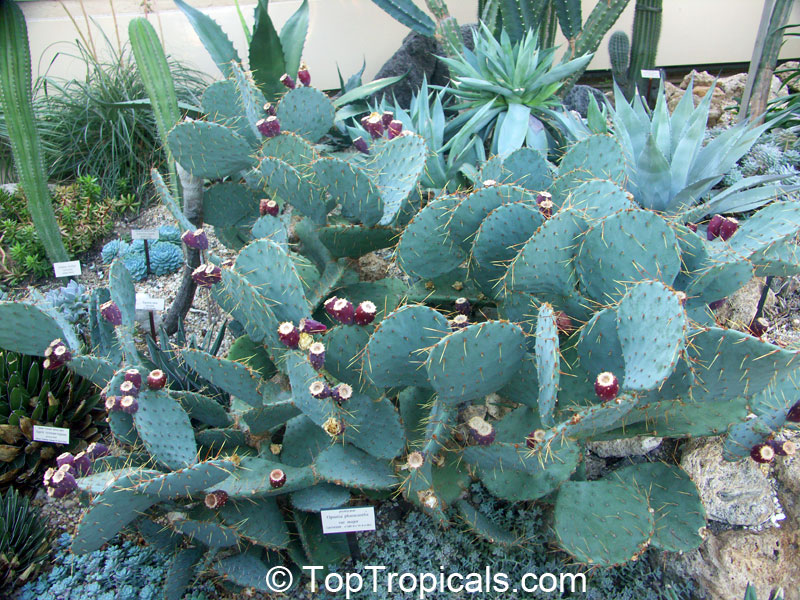 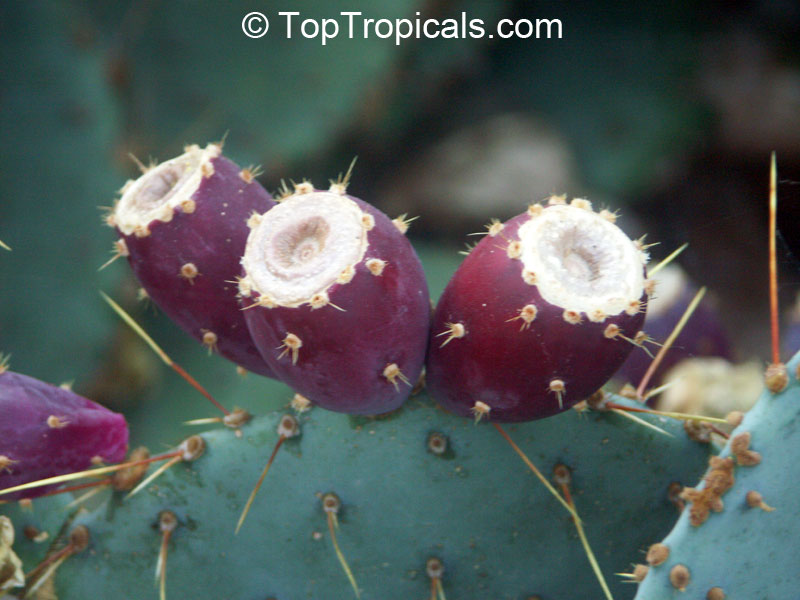 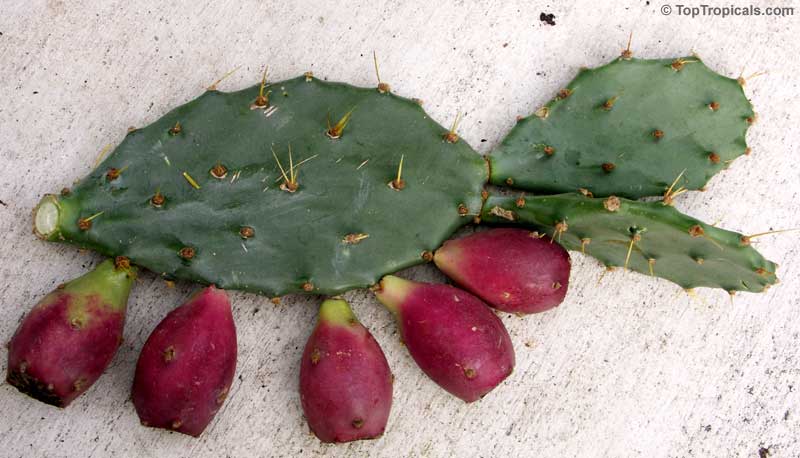 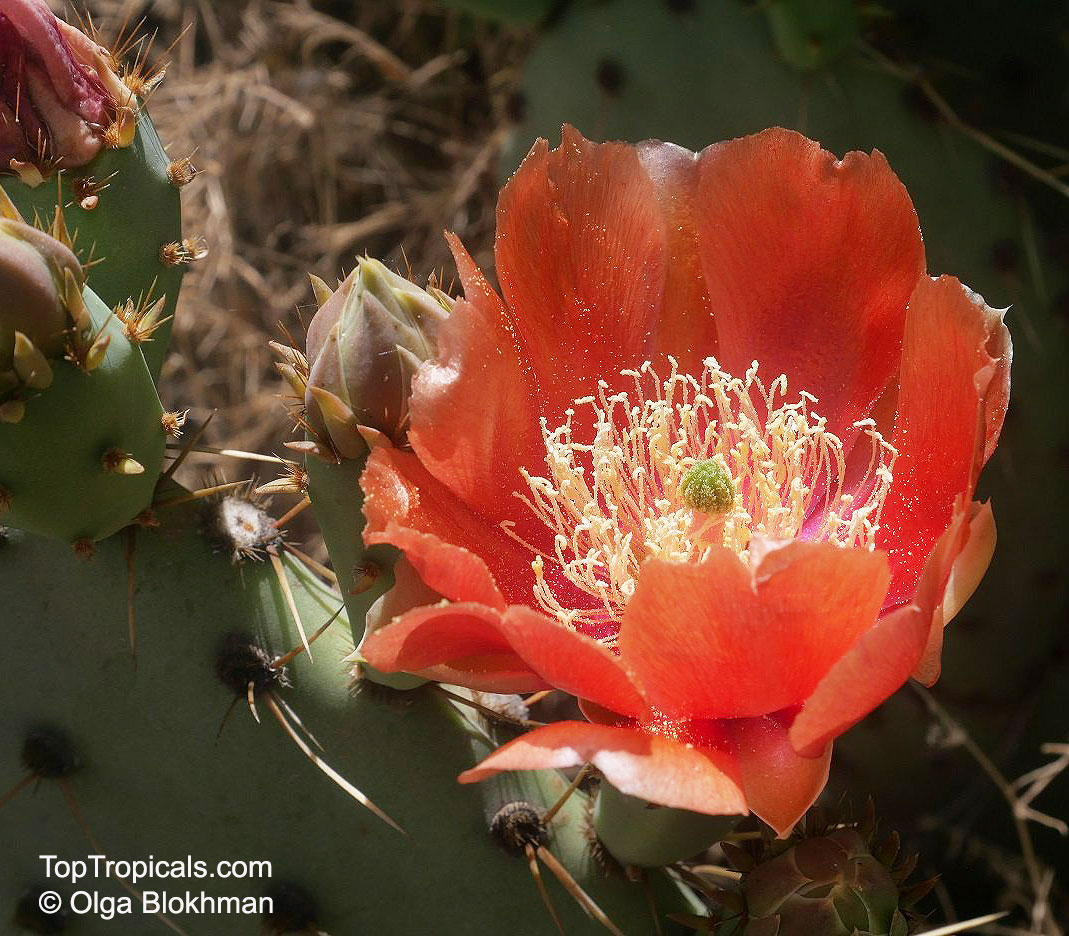