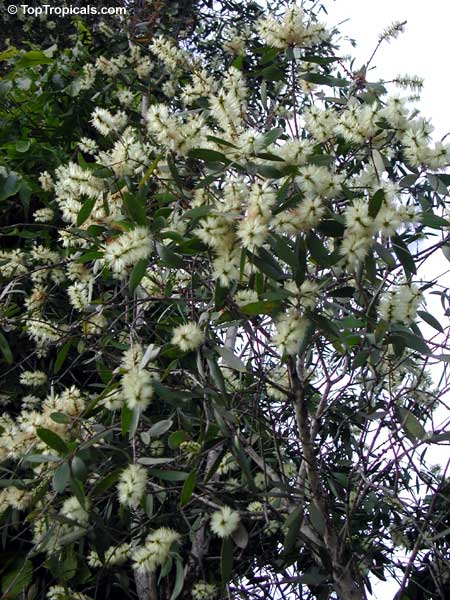 In contrast with its relative, a valuable Tea Tree, this Melaleuca has rather disturbing story. Being a tough plant, tolerating both standing water or dry upland situations, Melaleuca quinquenervia was introduced in Hawaii and the Florida Everglades, in order to help drain low-lying swampy areas. It has since gone on to become an invasive weed with potentially very serious consequences being that the plants are highly flammable and spread aggressively.

Melaleuca quinquenervia is an evergreen tree with a slender crown and drooping branches. Melaleuca grows very fast, up to 6 ft per year, and produces dense stands that completely shade out all other vegetation. It usually gets about 40 ft tall, but can get up to 100 ft if conditions are favorable. The bark is whitish and spongy, peeling off in thin layers. The leaves smell like camphor when bruised. The flowers are creamy white and arranged in "bottle brush" spikes; they are followed by fruit - small woody capsules, each containing several hundred tiny seeds, dispersed then by wind and water. A single tree that starts blooming when two year old, can produce 20 million seeds per year. The seeds are stored until some form of stress, such as frost, fire or human- induced injury, including herbicide, causes the capsules to open. The plant re-sprouts from cut stumps and from roots of fire-killed trees. Mature melaleuca trees survived Florida record-breaking freezes. Freezing is yet another environmental stress factor known to trigger mass seed release.

In Southern Florida, Melaleuca occupies now several million acres, primarily within the Everglades system. Its populations have nearly quadrupled over the past decade, it has become one of the state's worst invasive weeds and represents a severe threat to the integrity of the Florida Everglades. Melaleuca was introduced into Florida in 1906 as an ornamental and widely planted for landscaping and for "swamp drying." Seeds were scattered from airplanes over the Everglades in the 1930's in an attempt to create forests and drain the swamp. Even as late as the 1960's, Melaleuca was still being recommended as an ornamental. Today, state and federal agencies are actively working to control the spread of this exotic menace. Biological control agents from Australia have been released. Crews are at work continuously cutting and herbiciding melaleuca trees in state parks, Everglades National Park and Big Cypress National Preserve.

Melaleuca quinquenervia is similar to Melaleuca cajuputi but its old leaves are not conspicuously dotted with glands, not thin-textured and have obscure reticulations. 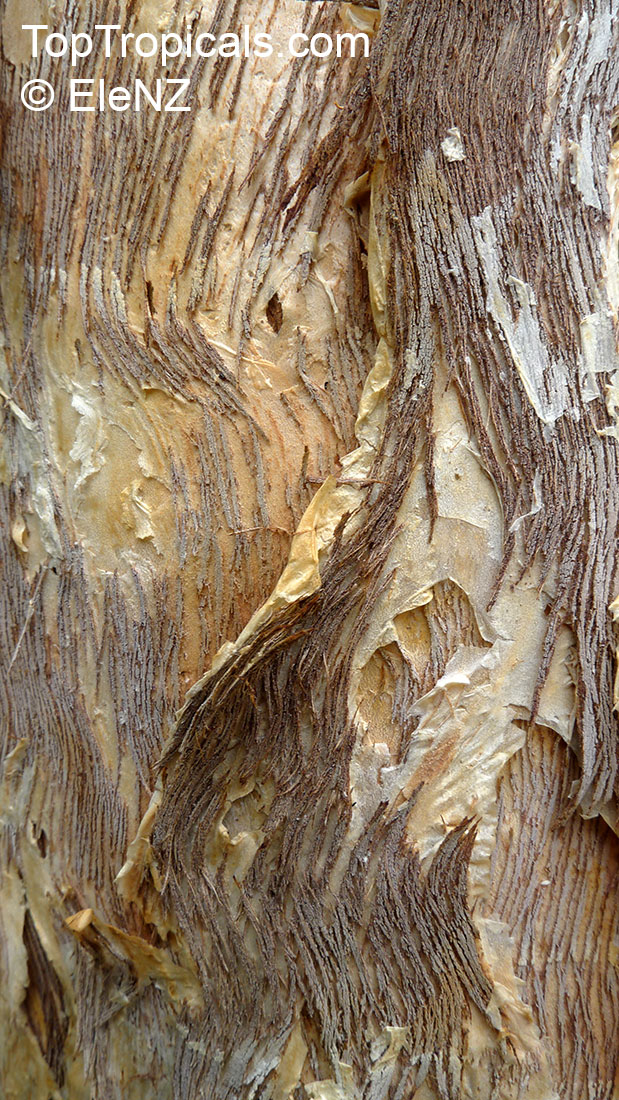 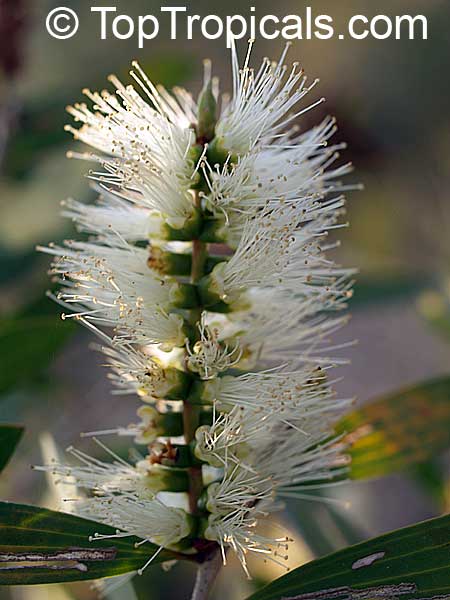 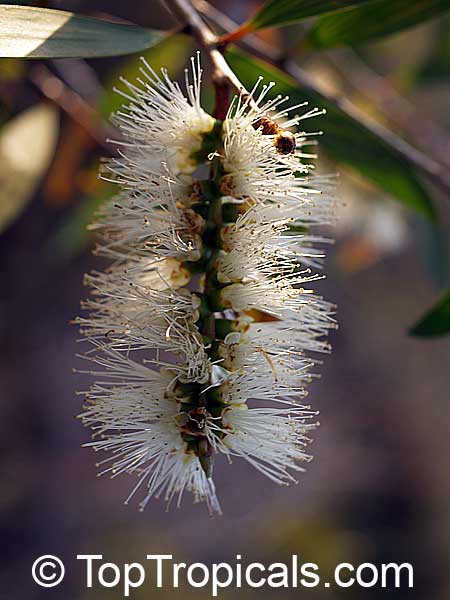 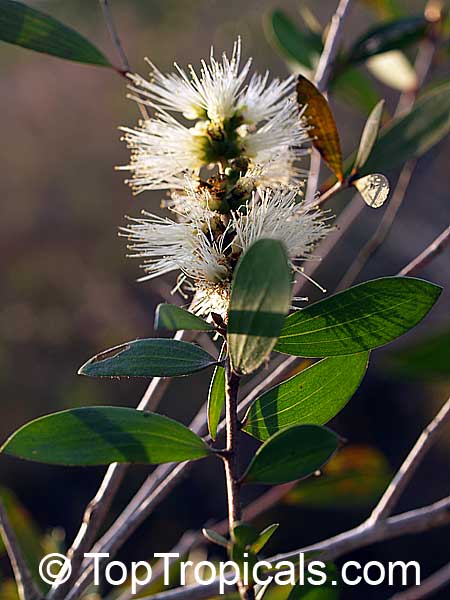 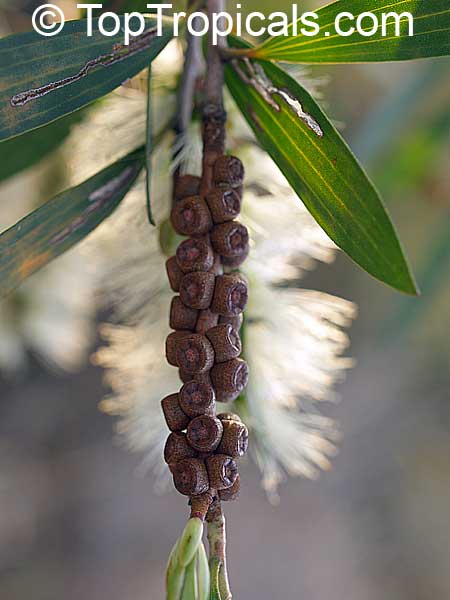 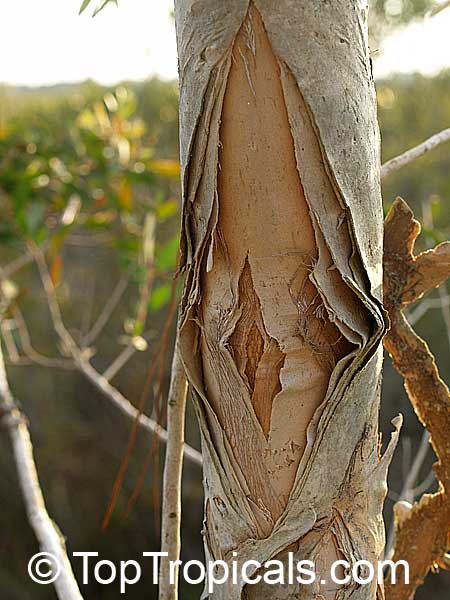 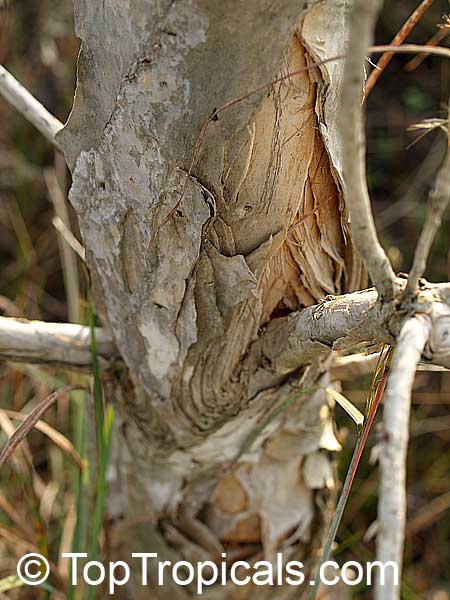 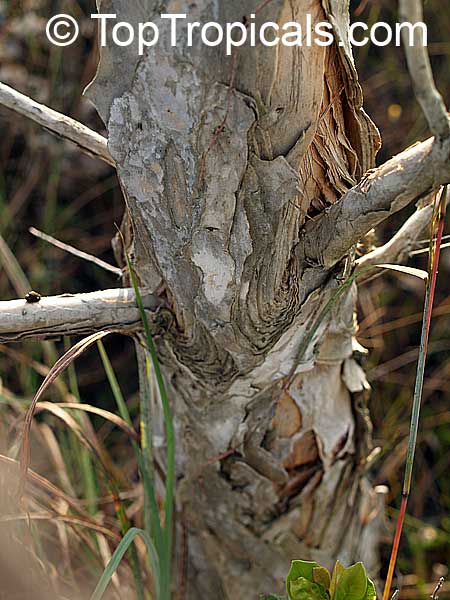 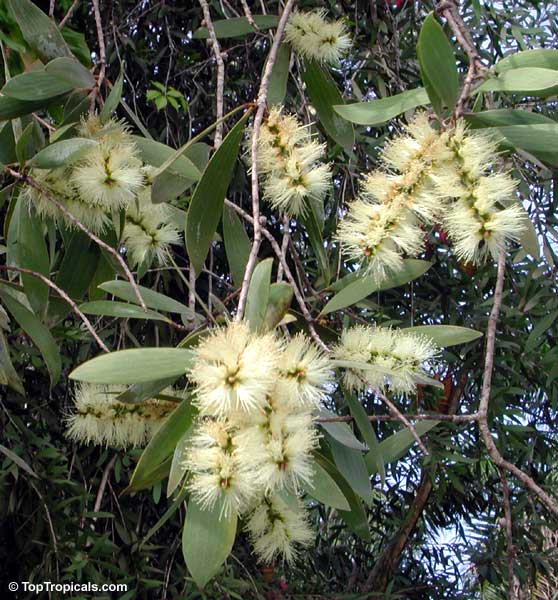 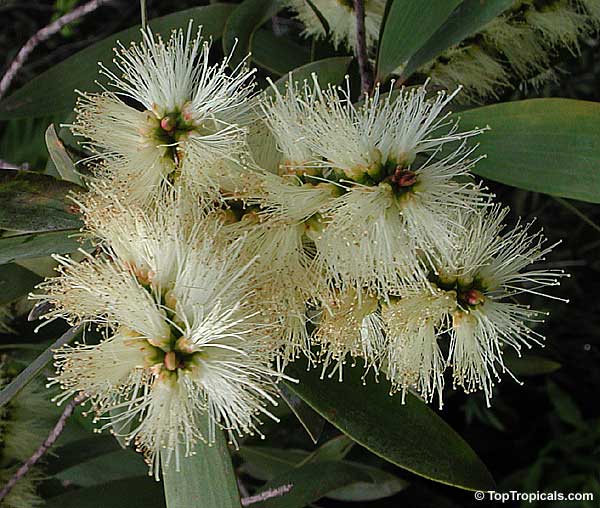 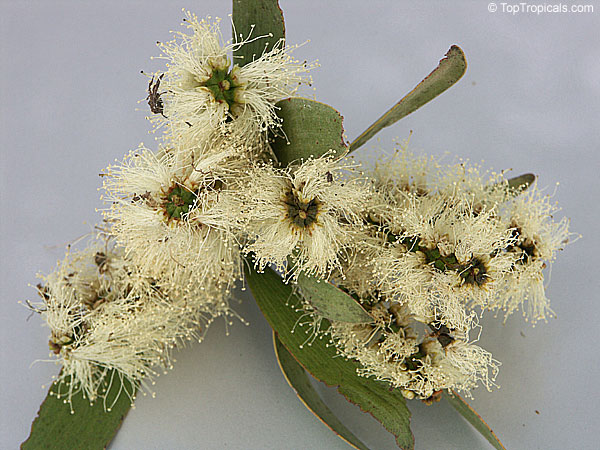