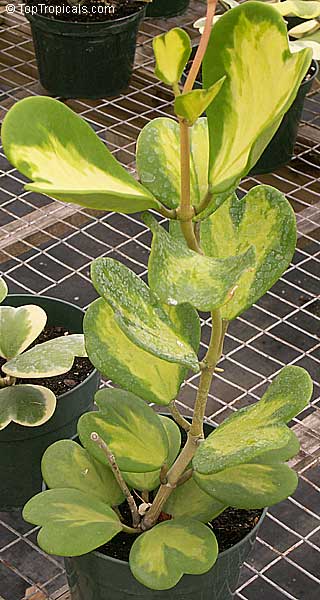 Hoya kerrii is named Sweetheart Plant or Sweetheart Hoya because of the heart or valentine shaped leaves. It has thick, succulent type, opposite leaves that are indeed shaped like flat hearts. The leaves are joined to the long, twinning stems (by the sharp tip of the heart-shape leaf) with 1/2 to 1 inch long, 1/8 inch thick petioles (leaf stalks). The stems produce aerial roots which in their native habitat grow into deposits of humus found in crevices and branches of trees as well as absorbing moisture from the air. These aerial roots root easily when inserted into a moist medium making it easy to propagate new plants from stem cuttings. Hoya kerrii also comes in forms with variegated leaves. The flower shape is typical of hoya plants. Small, flat, star-shaped individual flowers are joined like ribs of an open umbrella to form a cluster that is attached to a spur (single stem) called the peduncle. Each small flower is made up of two stars, one on top of the other. The so called bottom star (corolla) is larger in size than the upper centered star which is termed the corona. Hoya kerrii has whitish corolla's and reddish corona's. The flowers are very beautiful, waxy, tough and long lasting. All hoya flowers have wonderful fragrances, some very powerful, others less so.

Hoya kerrii makes an ideal houseplant. It is called the Sweetheart Plant since it has become increasingly popular in recent years. Unusual and quirky "heart" shape leaves appeal to anyone looking for that special novelty gift for their plant enthusiast friend. Most often Sweetheart Plant is sold as a single small leaf in a small pot. We have large developed plants, ready to bloom! You will have something much more beautiful and striking because the unusual shaped leaves on mass, as you might be able to guess, looks like a bush of green hearts! What a great Valentine gift to give someone, and the reason it sometimes goes by the name Valentine Hoya!

The plant is super easy to look after, with only minimal care. It would probably tolerate one good watering a month - it's that hardy. This plant will need a reasonably light room in order to actually grow, although it will still get by even if you pick a shadier spot, you could position it almost anywhere in your home or office.

With its succulent qualities it's quite adapt at storing water for longish periods of time between waterings. This makes it a hardy and undemanding plant for the most part, of course only providing basic care will result in a surviving rather than thriving plant, so where possible wait until the soil has dried out a little and then water again. The Sweetheart Plant isn't bothered about humidity either.

The flowers, like most Hoya's, are stunning as the contrast in the flowering parts are really bold. The all green variety tends to grow more quickly (although it's still slow by most houseplant standards) and is arguably more hardy, but it also comes in a pretty variegated variety. The variegated version of Hoya kerrii can be hard to find.

More similar plants
We have this item for sale
Image gallery: 18 images 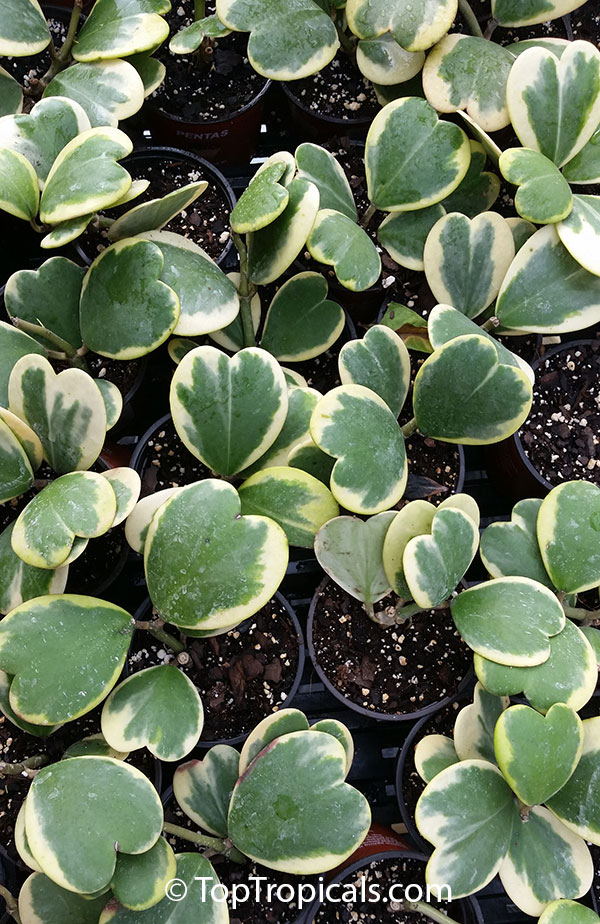 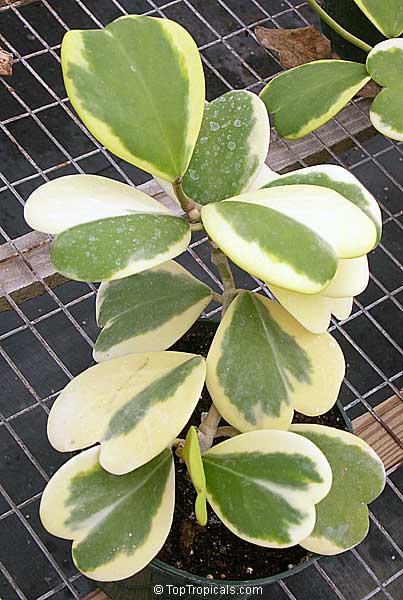 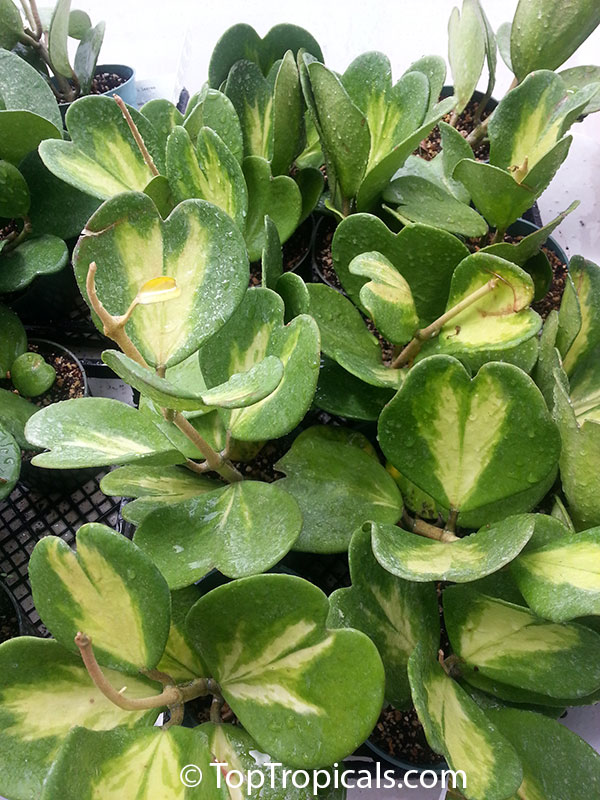 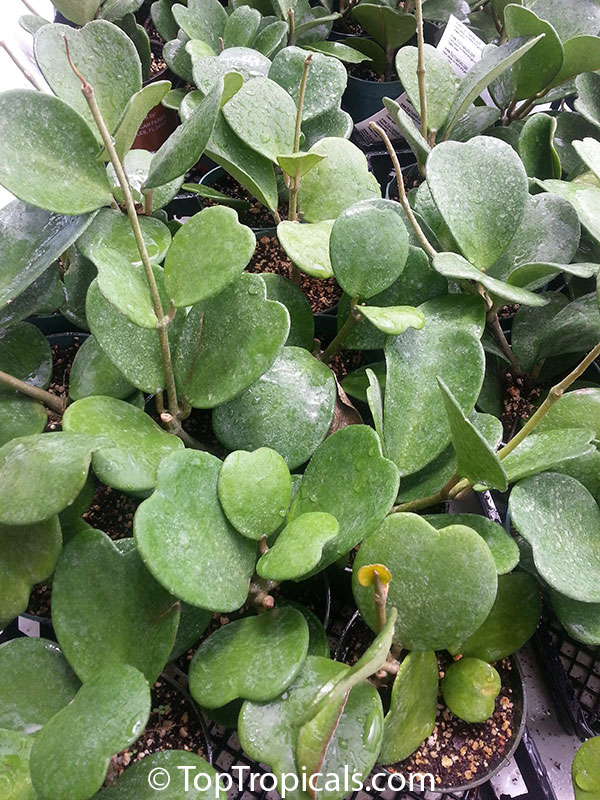 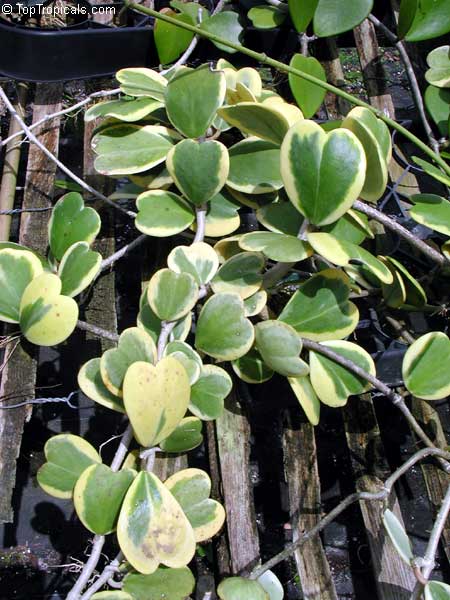 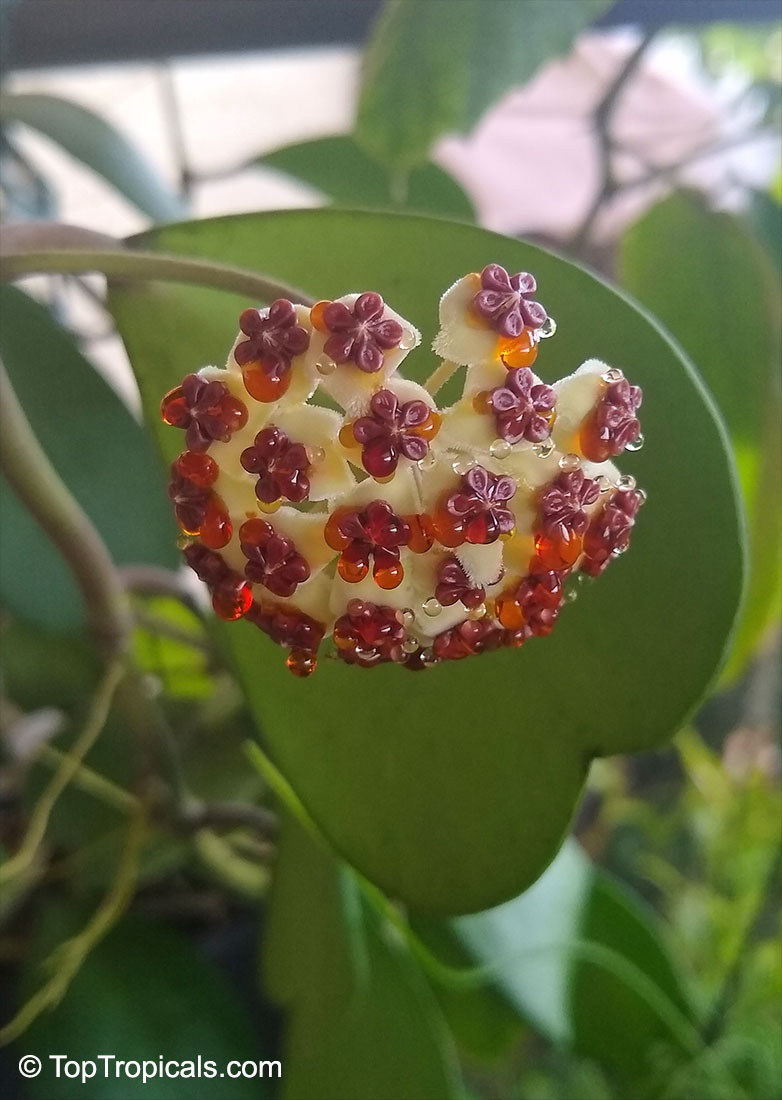 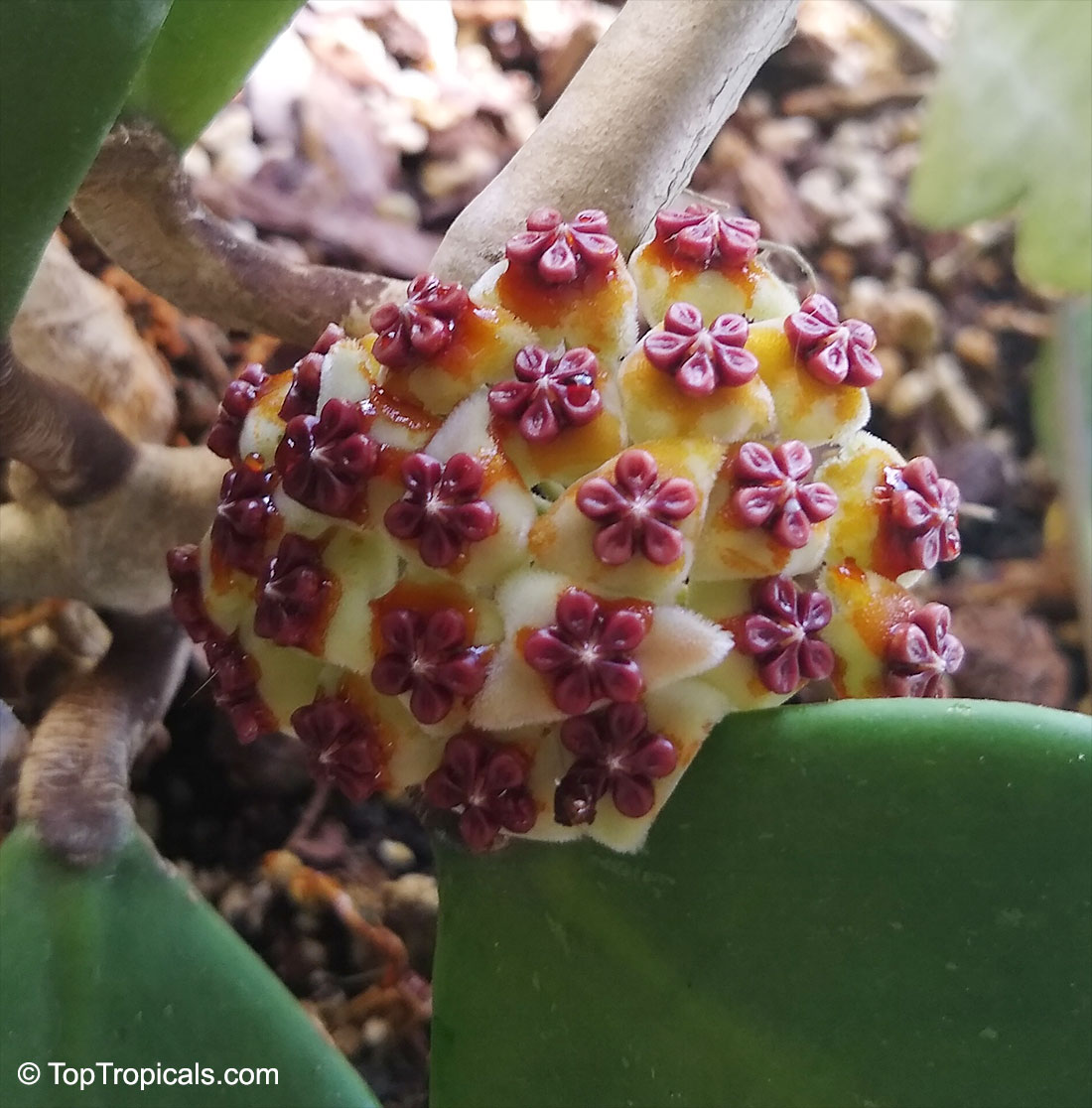 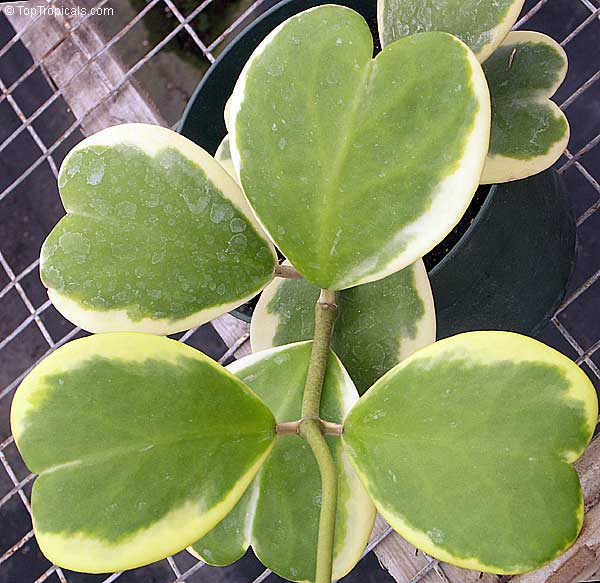 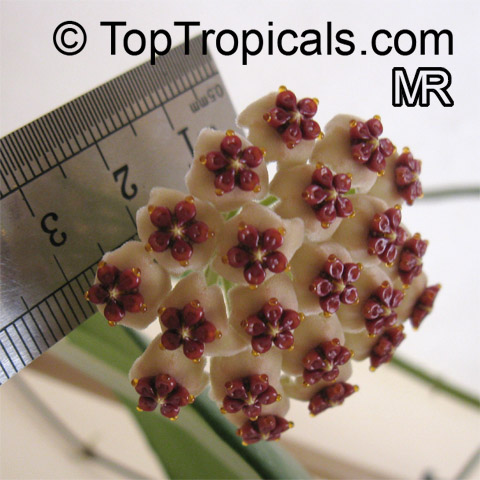 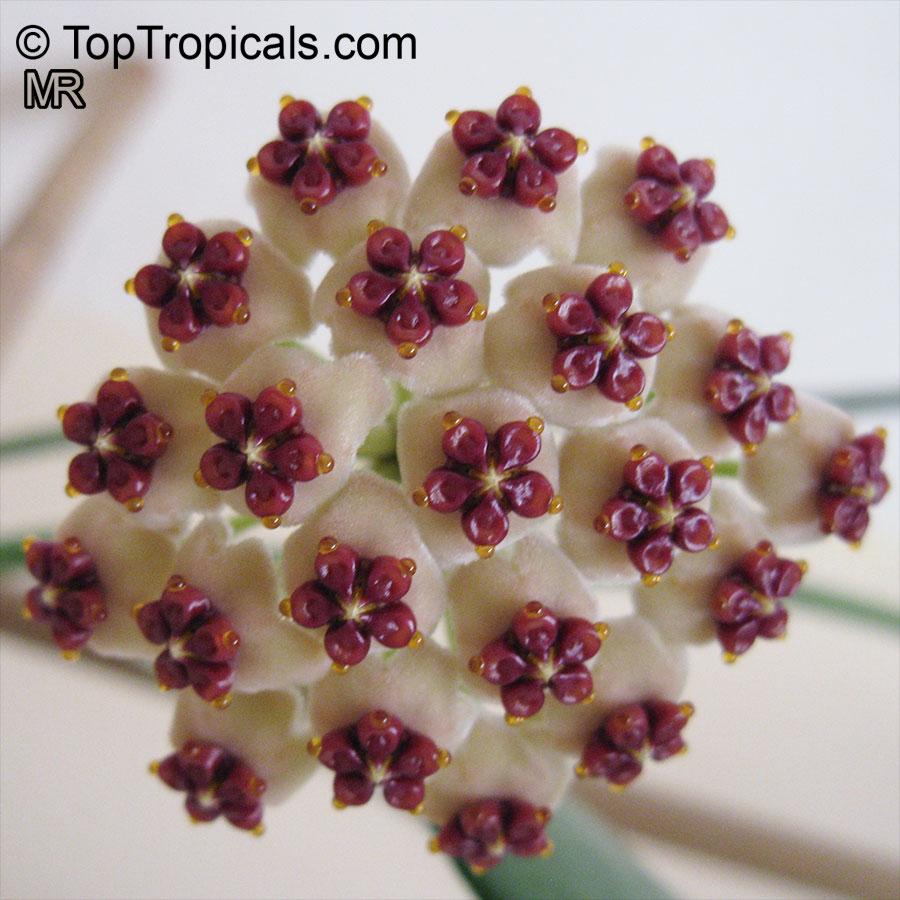 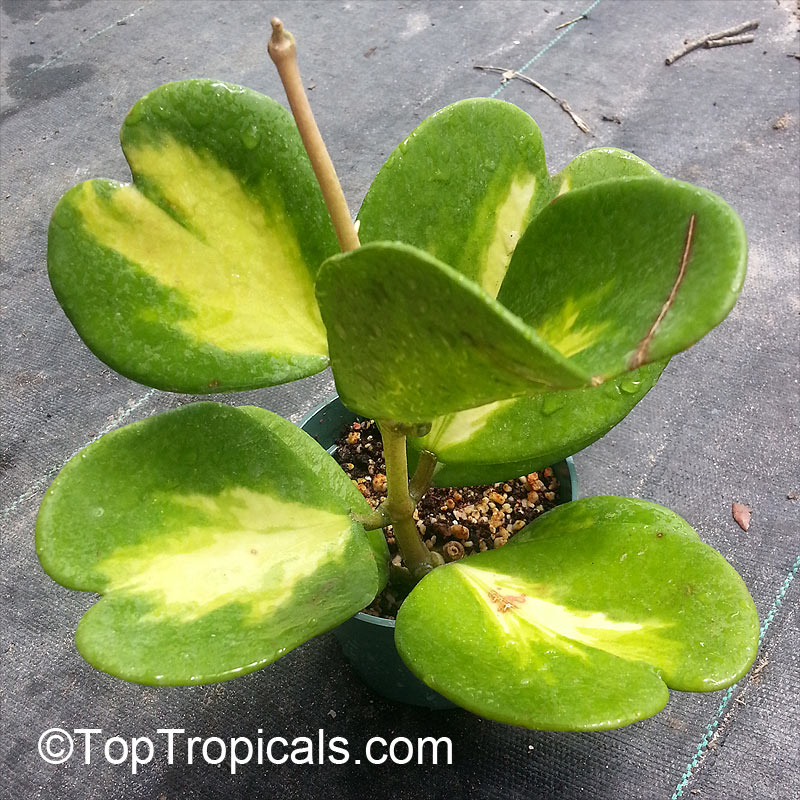 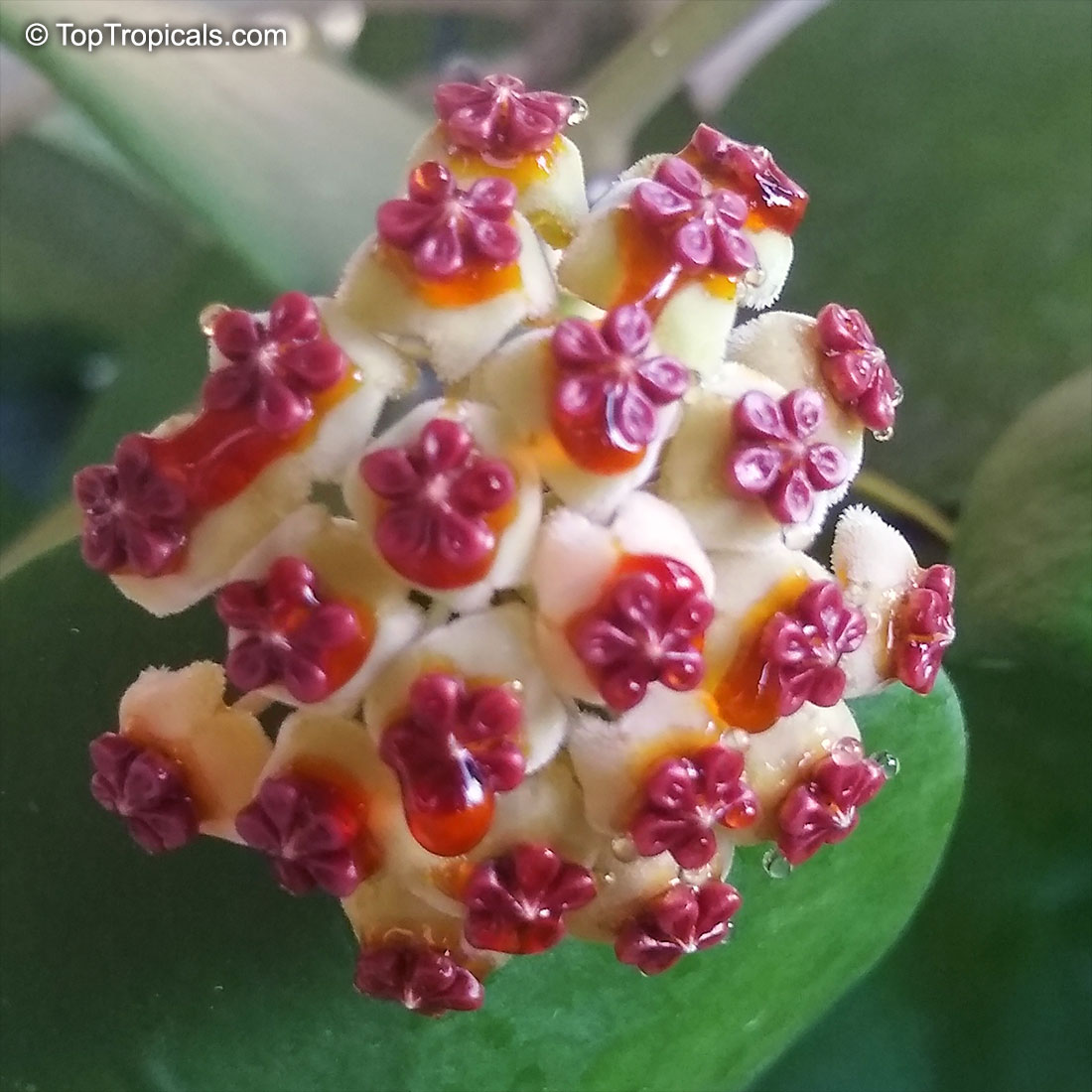 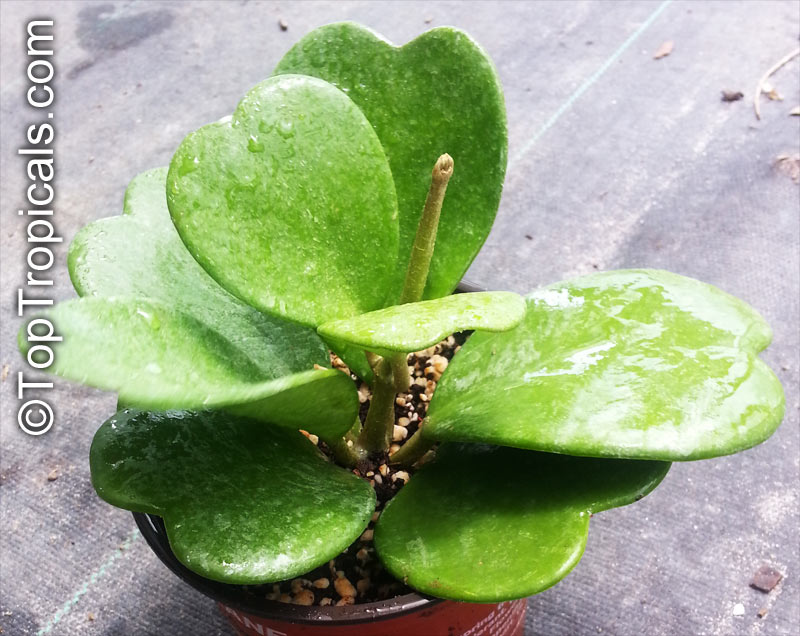 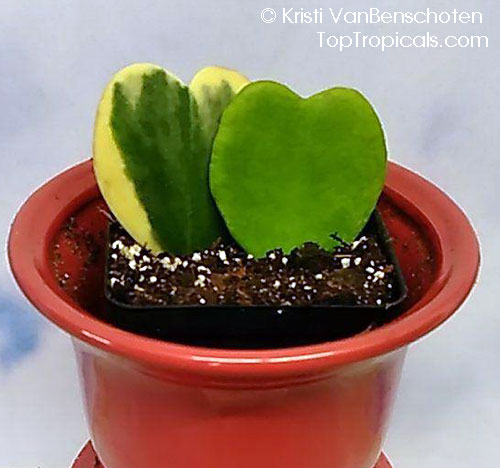 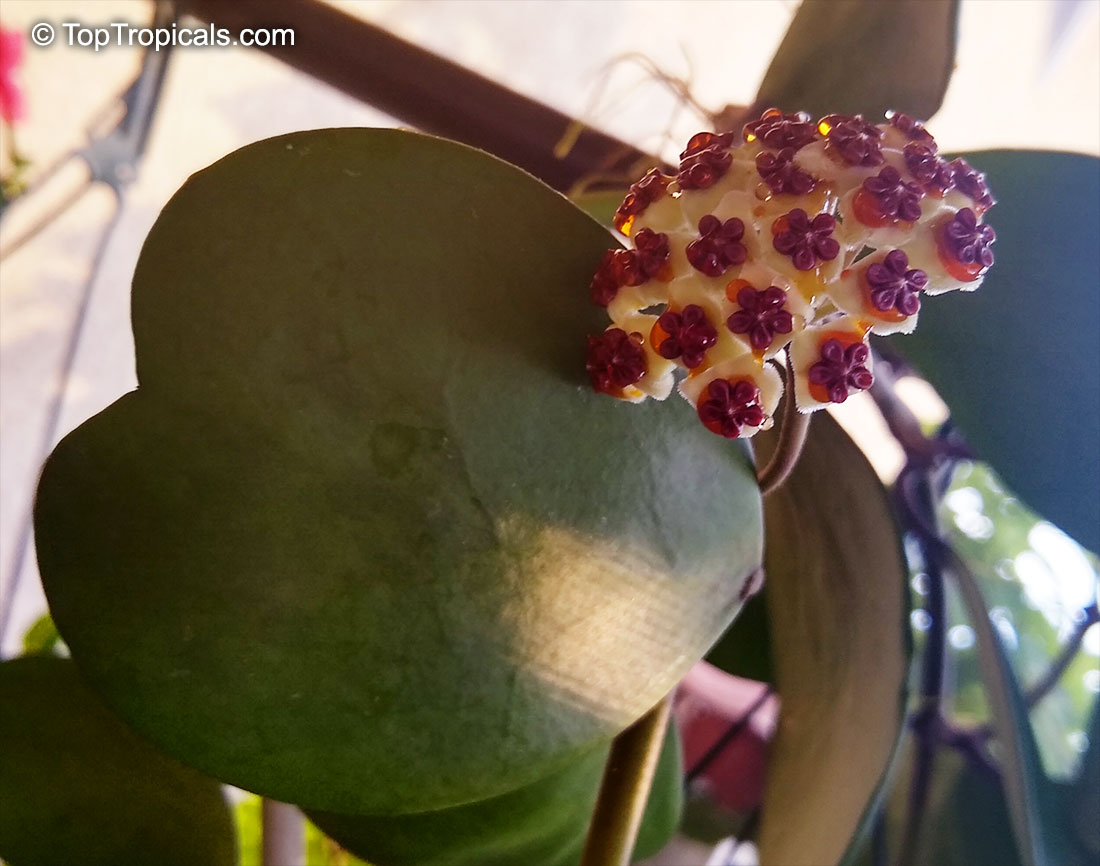 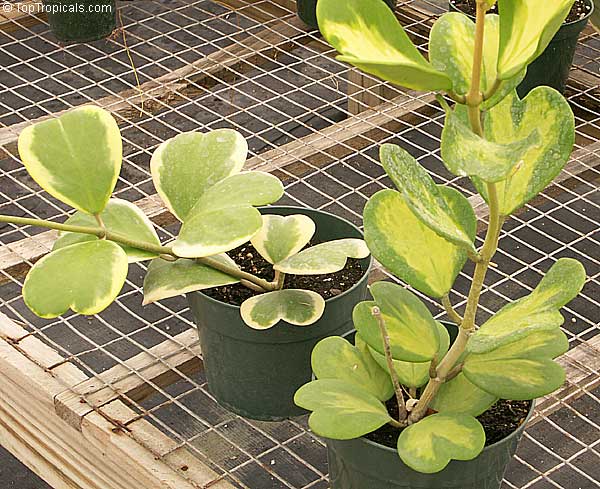 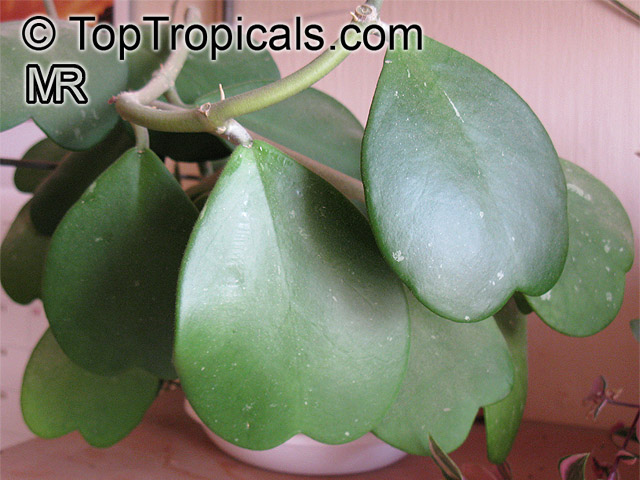 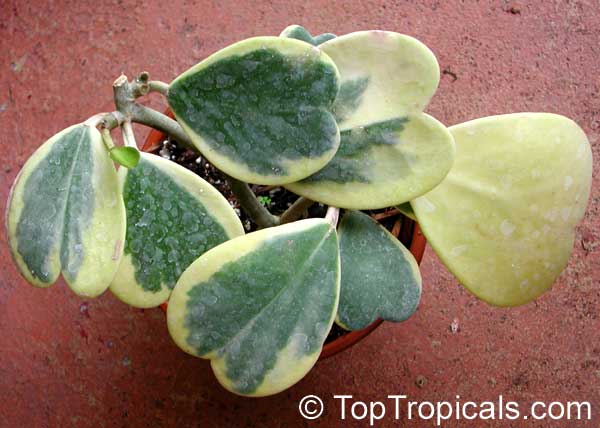