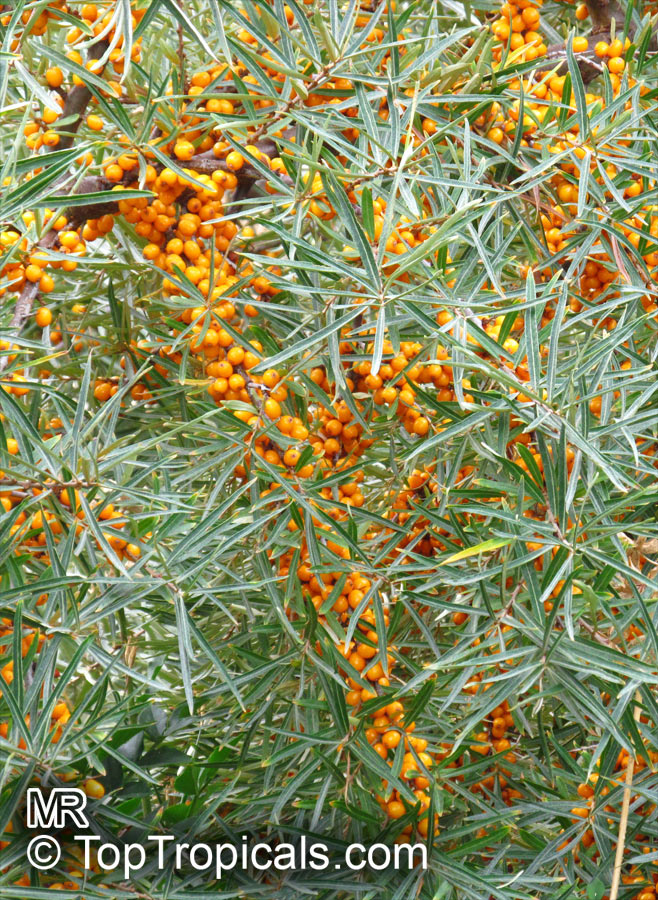 This is not a tropical plant, but is worth attention as an exception in our catalog.

Even though the history of Sea Buckthorn and its great medicinal and nutritional value can be traced back many centuries in Europe and Asia, it has only recently come to the attention of North Americans. The plant was fed to horses in ancient Greece, where it was found to improve their health and impart a gloss to their coat. The latter property explains the Latin name of this unique plant: Hippophae rhamnoides -- "shiny horse". A high-quality medical oil is produced from the fruit and used in the treatment of cardiac disorders. Russian cosmonauts have used its oil for protection against radiation burns in space. Contains 190 bio-active components. The oil is the best single source known to man for Vitamin E, Vitamin C, Beta-carotene, unsaturated fatty acids, essential amino acids and flavonoids. Overall the berries have proven to be among the most nutritious fruits known. Sea buckthorn is being increasingly used in making fruit juices, especially when mixed with other fruits, because of its reputed health benefits. The freshly pressed juice is used in the treatment of colds and exhaustion.

Branches are dense and stiff, and very thorny. The leaves are a distinct pale silvery-green, lanceolate, 2-3 in long and less than 1/4 in broad. It is dioecious, with male and female flowers on separate plants. The brownish male flowers produce wind-distributed pollen. Flowers in April. 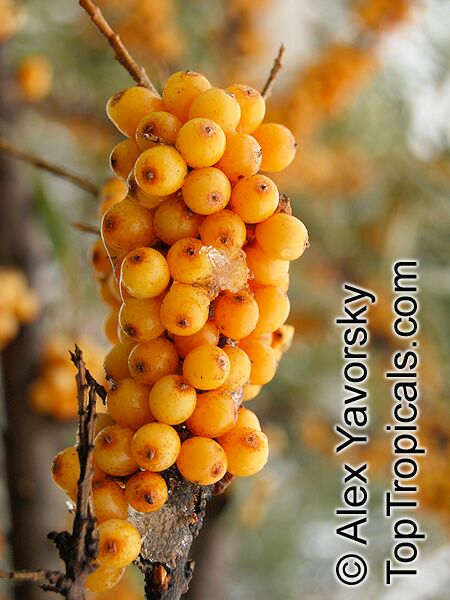 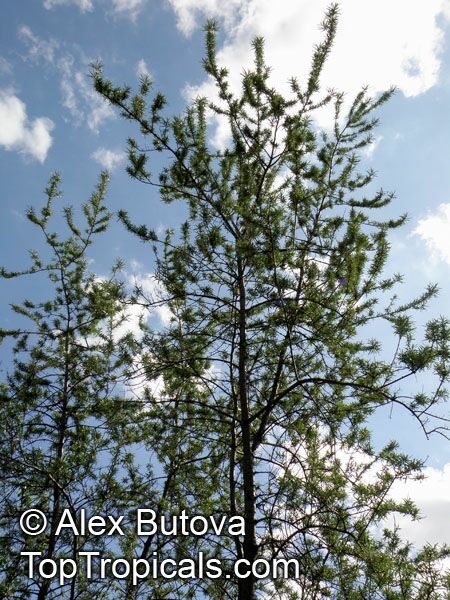 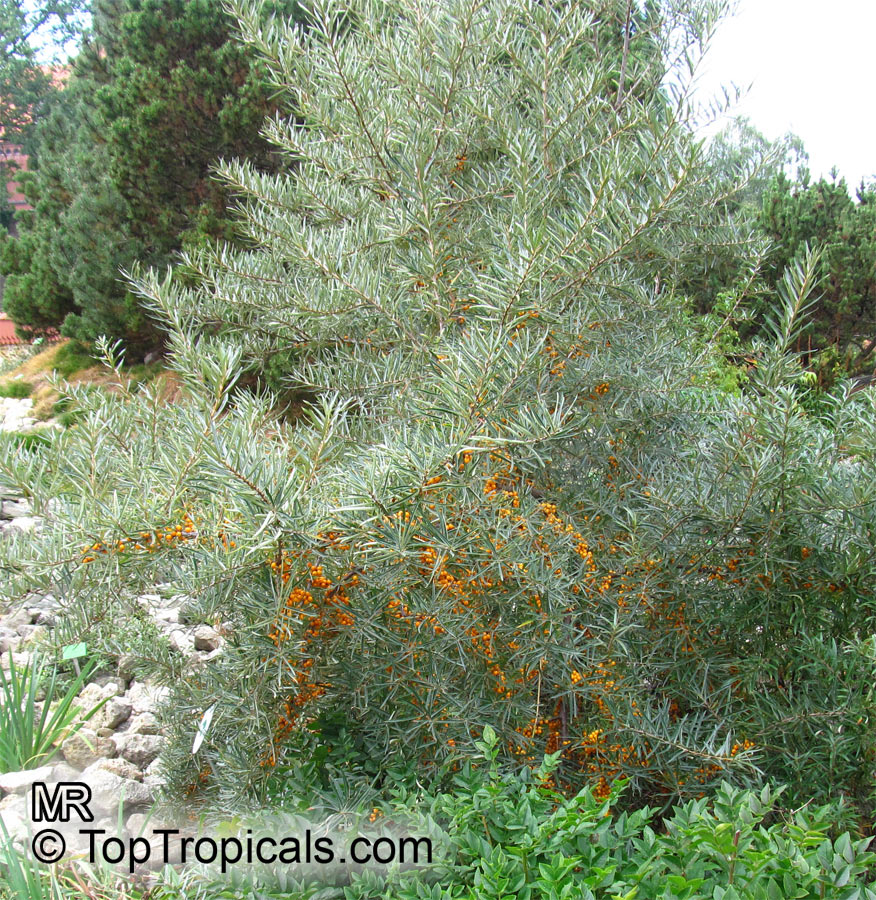 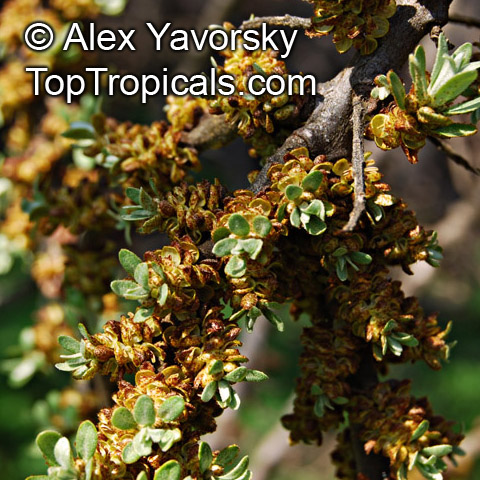 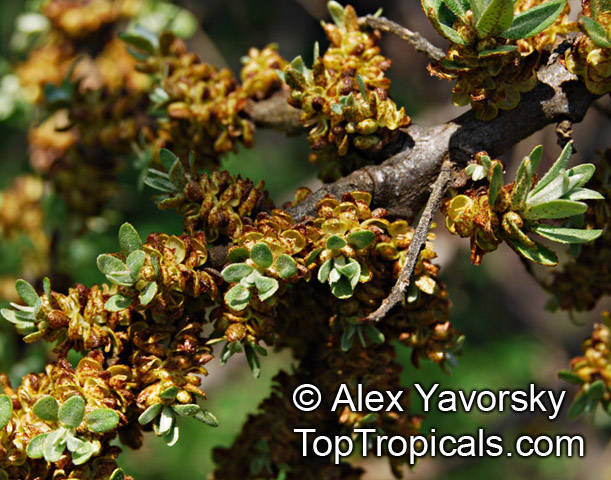 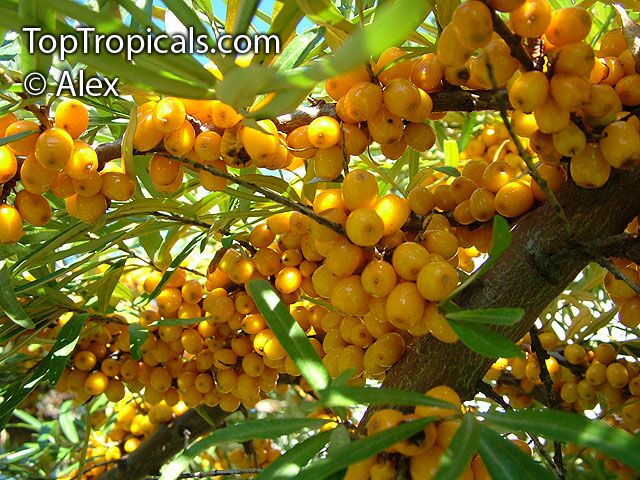 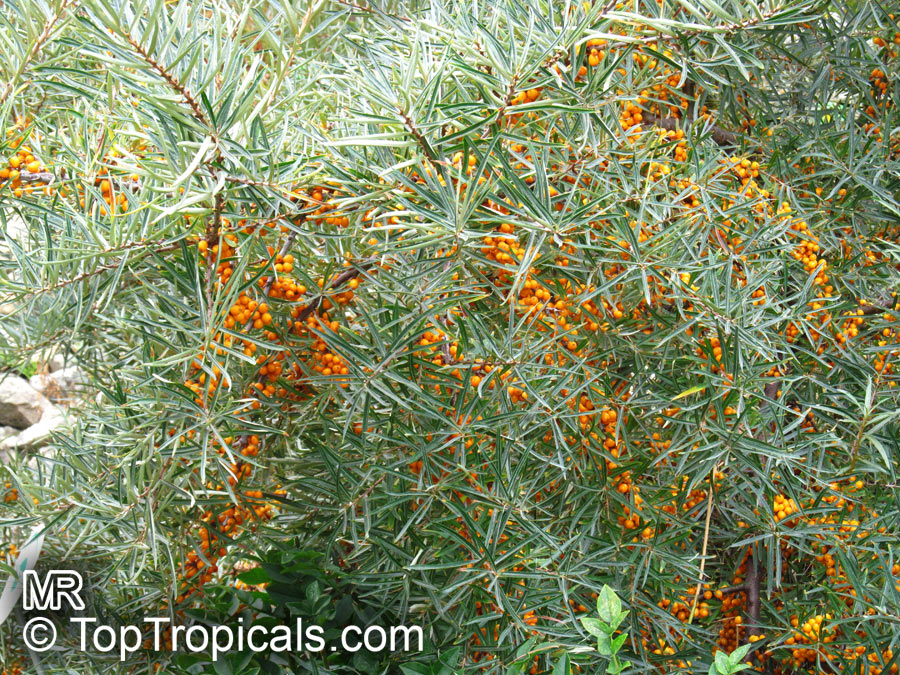 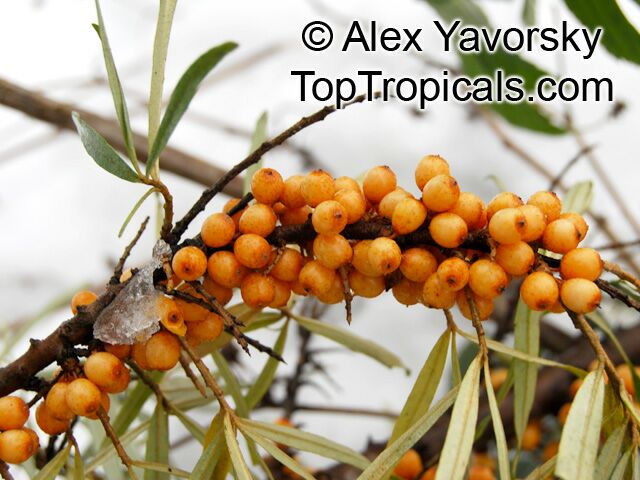 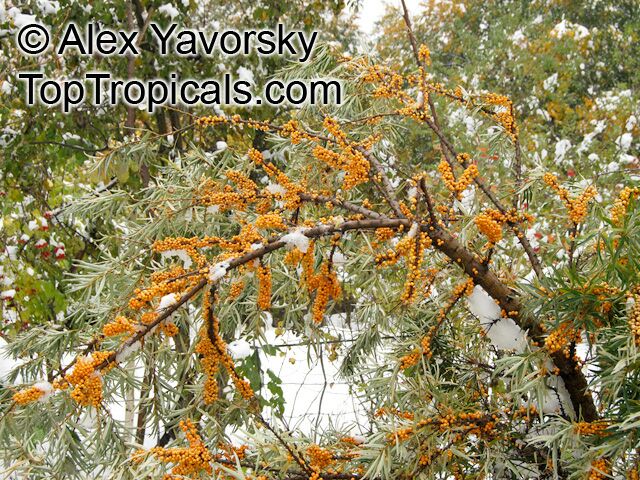 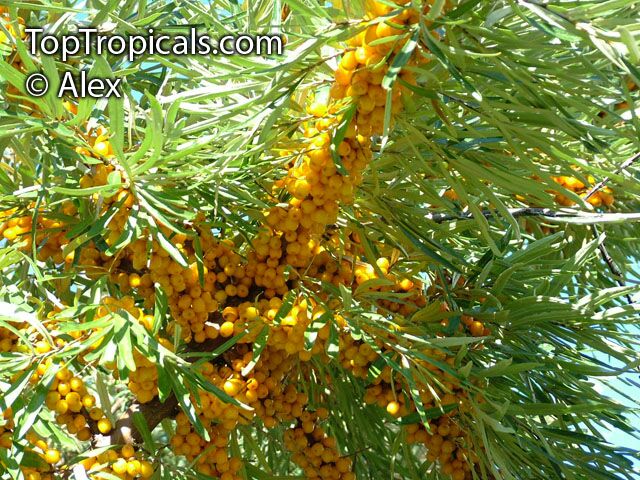 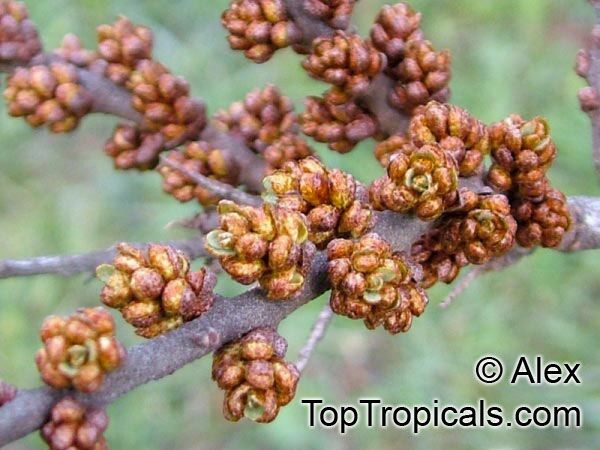 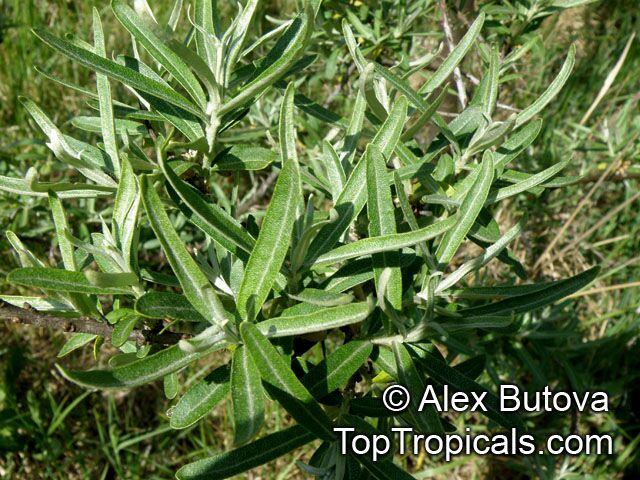 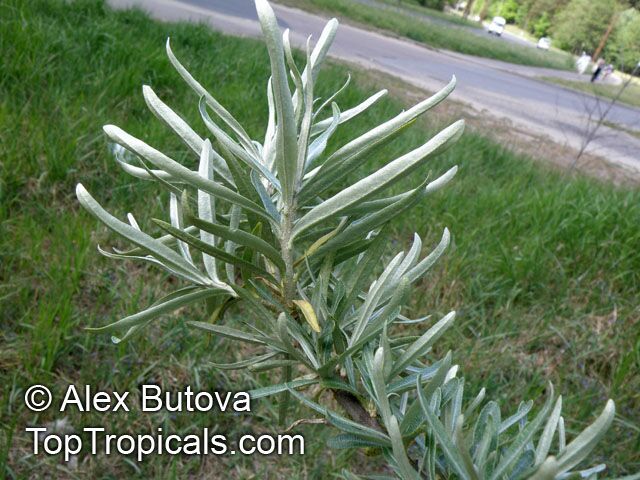 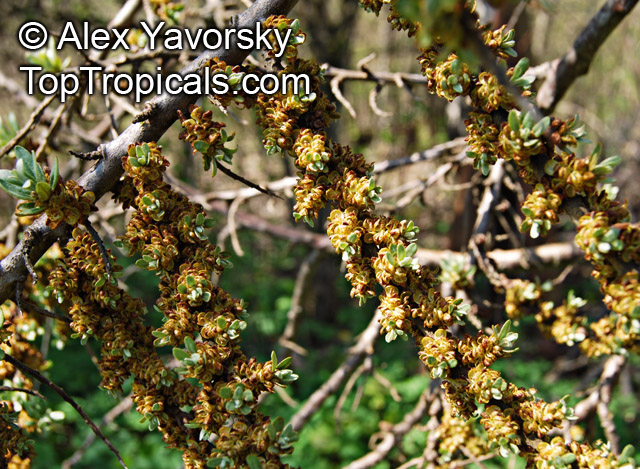 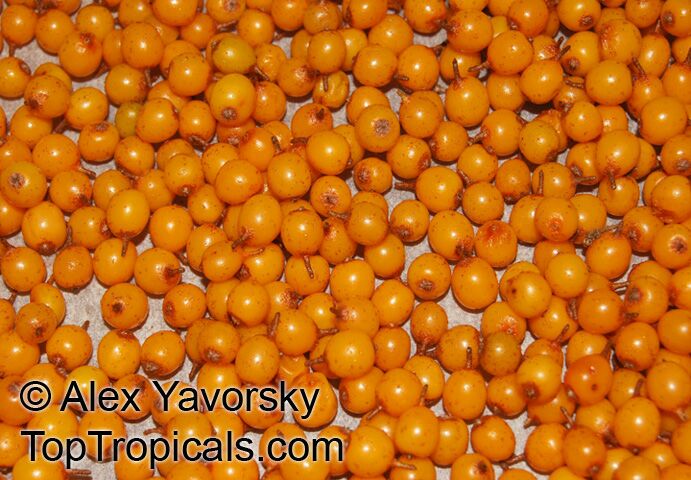