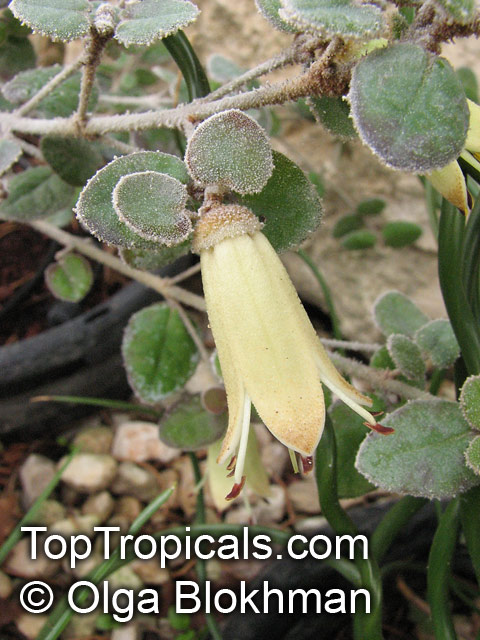 Correa is a genus of about 11 species although there are many forms which are difficult to allocate to any particular species.

It is typically a small shrub to about 1 metre in height but prostrate forms and forms reaching 3 metres are also known. Leaves often have conspicuous oil glands on their surface and may be covered with short hairs. The leaves are 10 to 50mm long and oval shaped. In some forms the leaves bend back against the stem giving the appearance of water stress.

The flowers are bell shaped and up to 40mm long. They may be pale green, red, red with yellow or cream tips or a number of other variations. The flowers produce nectar and attract honey eating birds. Flowering is usually winter to early spring.

Correas are not fussy, adapting to most mild, non-tropical climates. They do best in sun or part-shade in moderately fertile, free-draining but moist soil. Some species are inclined be short lived, and plants should be replaced every 3-5 years. 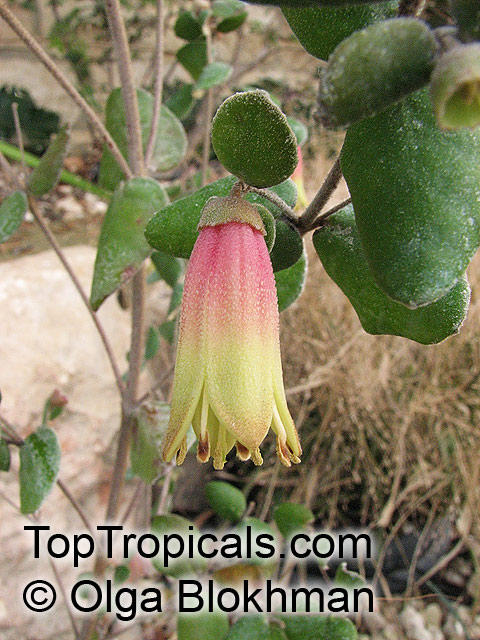 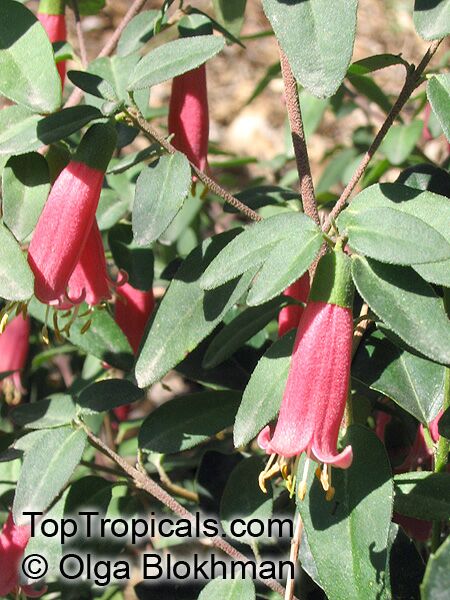 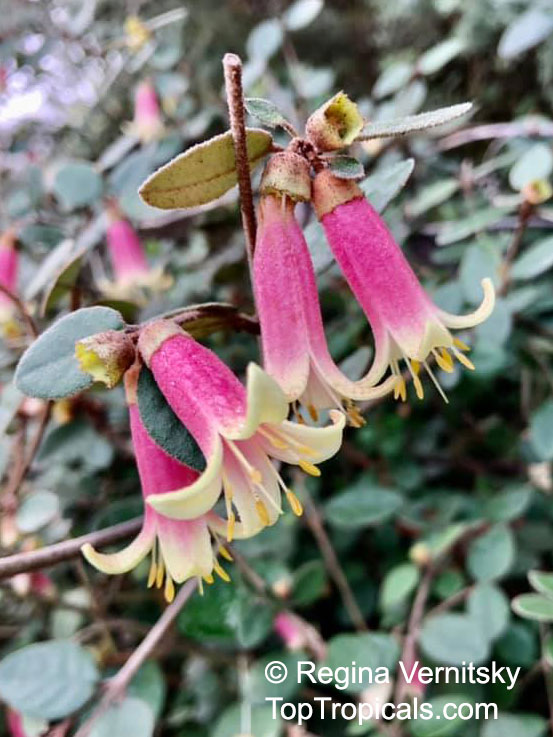 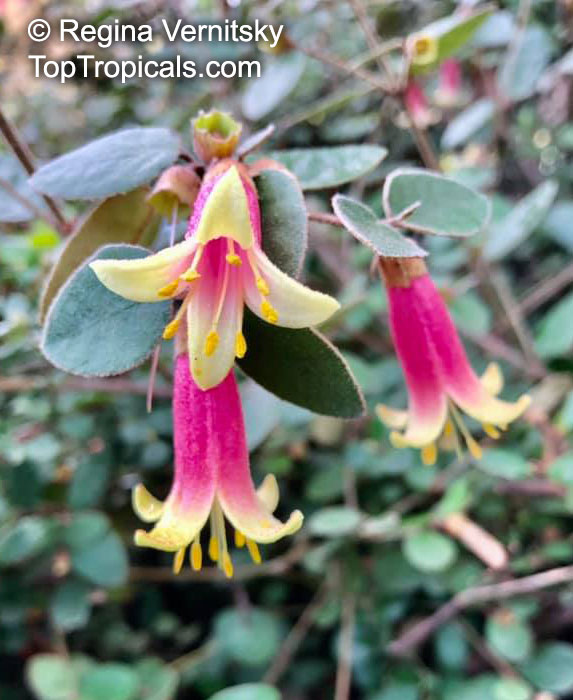 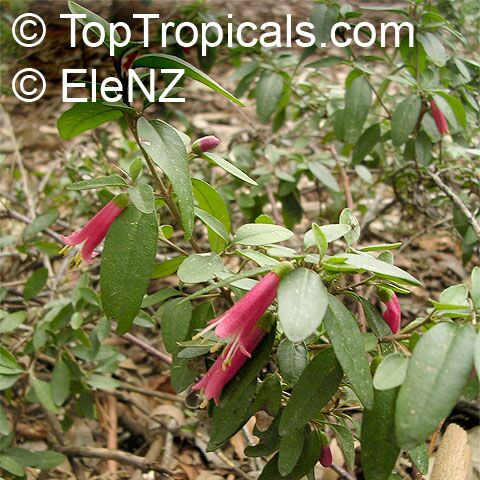 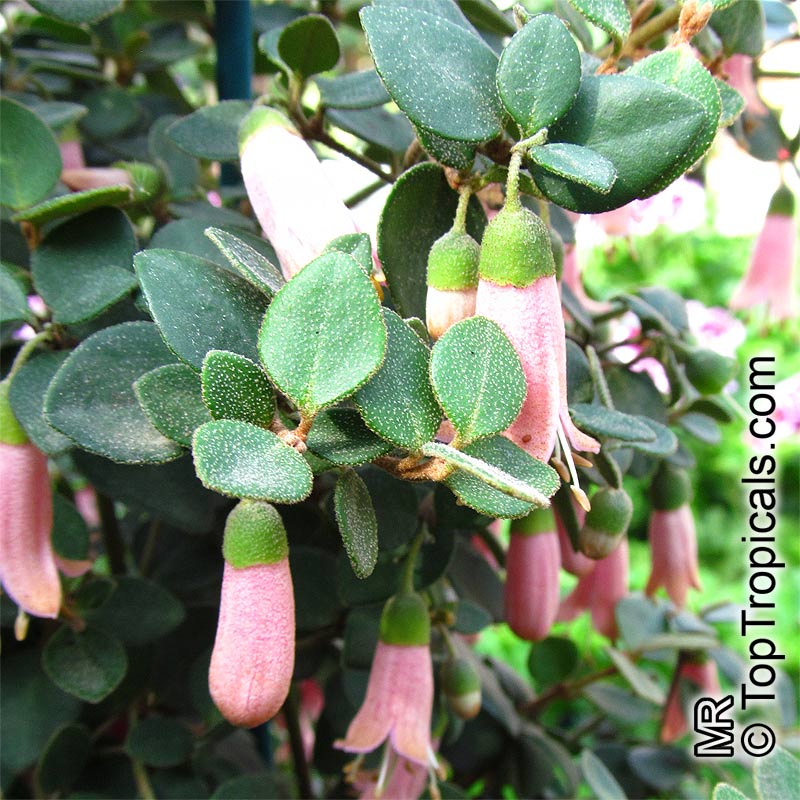 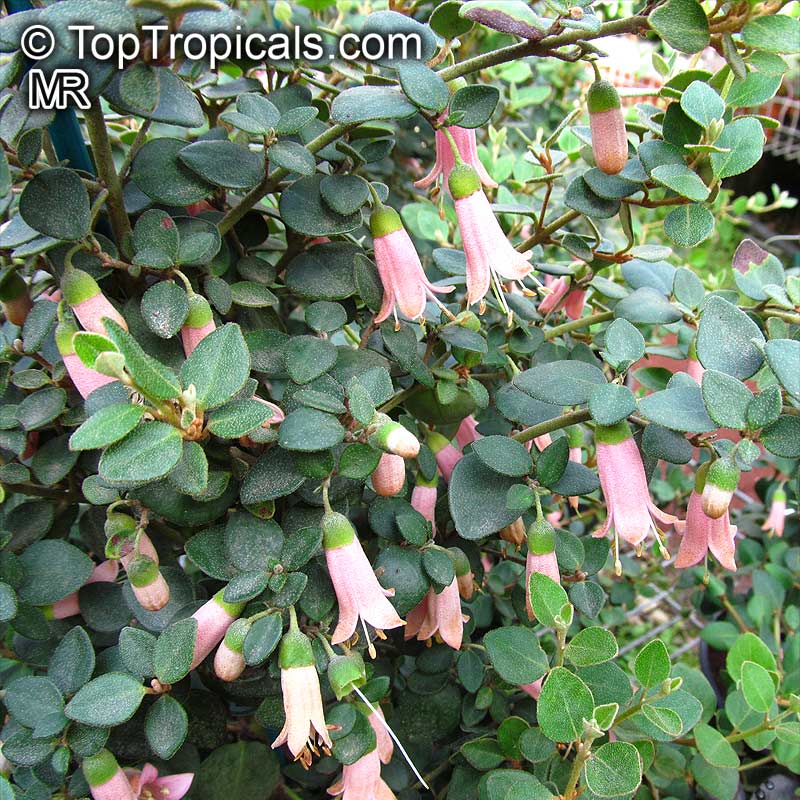 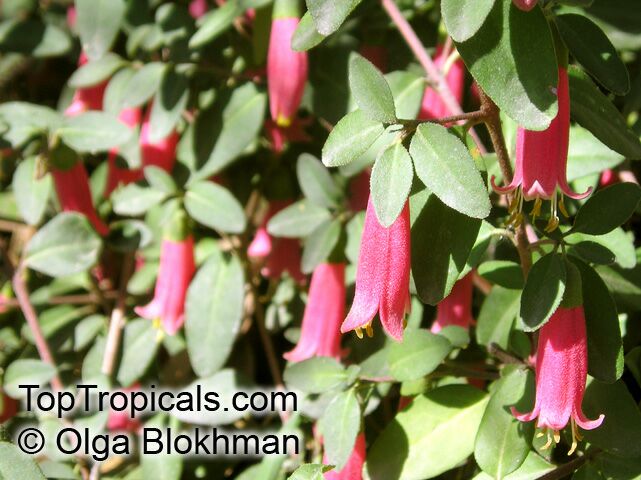