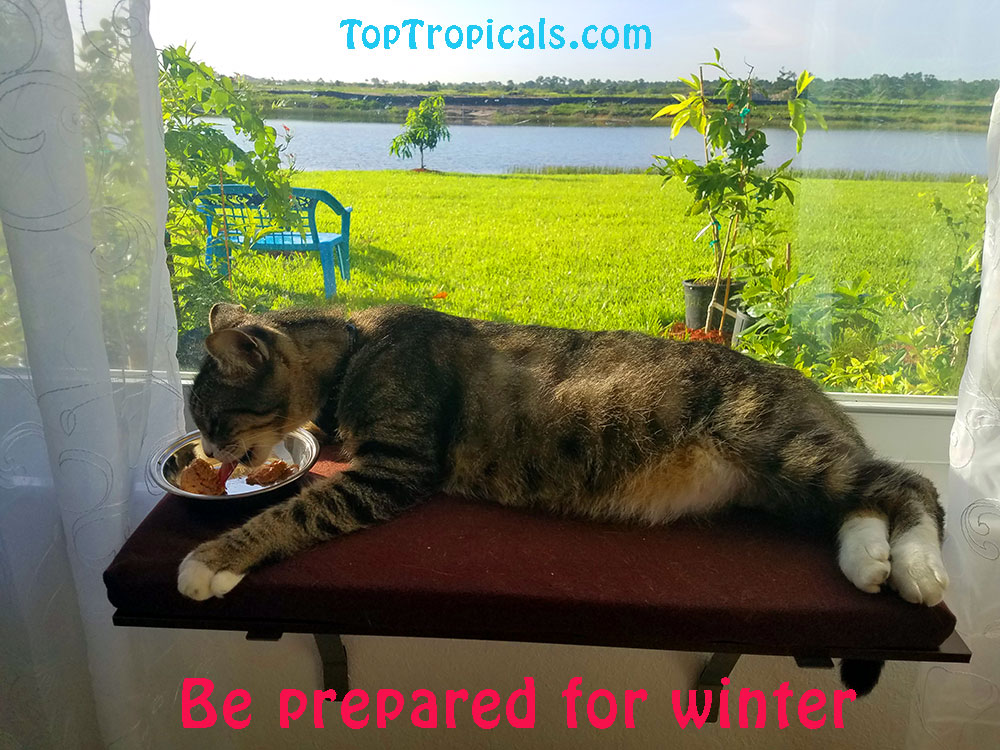 Watering. Start reducing the amount you water your plants in early fall, once the temperature drops below 65F. Avoid watering your plants during cool nights, as this may cause serious root rot.

Mulch. When a plant is protected by a thick layer of mulch, the root system stays healthy.

No Pruning. Avoid pruning, trimming, or pinching branch tips altogether during the fall and winter which encourages new shoots that are soft, tender, and very cold sensitive. Last trimming should be done no later than September - early October.

No Fertilizer. Avoid fertilizers during the winter. The main reason being the same as above for pruning: fertilizing promotes growth of the upper plant parts which should be avoided during the winter months. The last time for fertilizer should be no later than October. 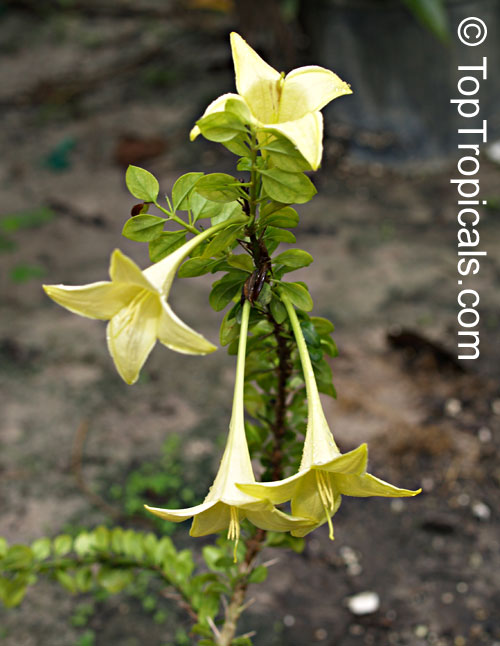 Cat...esbaea! Or Lily Thorn. This is a rare and unusual thorny shrub with corky bark. It is related to such fragrant plants as gardenia, euclinia, portlandia, randia, and cubanola. During the summer, big bell shaped, lily-like yellow flowers dangle from the plant. Can be trained as a Bonsai tree.
The fruit is of an oval form, and of the size of a pullet's egg; the flesh or pulp of it is like that of a ripe apple, covered with a smooth yellow skin. The middle of the fruit is hollow, containing many small triangular seeds. The fruit has an agreeable tartness and good flavour, and seems as if it was capable of being improved by cultivation, but is little known.

Check out this plant...