Napoleana - Napoleon's Hat: endangered species from the outgone era of the Napoleon's War 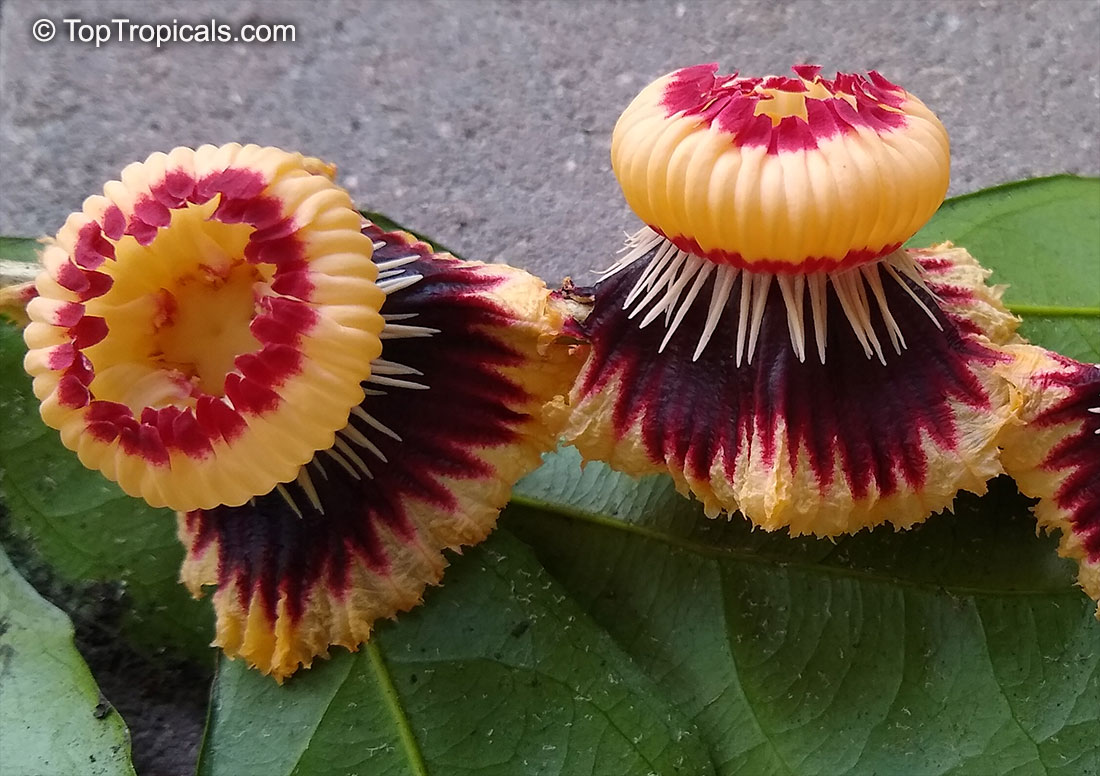 ...Napoleana was described in 1804, the same year its namesake (Napoleone di Buonaparte) crowned himself Emperor of the French. Today the tree is almost extinct. Esteemed for the exquisite, vividly colored, exotic hat-shaped flowers, Napoleana is a must of a rare tropical tree collection. Napoleana seeds constitute a false kola, which has a taste closely resembling that of true kola. The flowers are fragrant and smell like Butterscotch...

A tree named after Napoleone Buonaparte

Napoleonaea (or Napoleana, Napoleona) is an interesting group of woody plants in the under storey of West African tropical rainforests from Benin, Nigeria, Gabon and Congo southwards to Angola. Ten species of Napoleonaea genus was described in 1804, the same year its namesake (Napoleone di Buonaparte) crowned himself Emperor of the French. Unfortunately, eight of them are threatened by habitat loss, and only two species still continue to delight humans and nature with their unusual beauty. Napoleonaea imperialis is one of them. Napoleonaea vogelii is another one, it grows in Sierra Leone, Liberia, and Cote D'Ivoire. 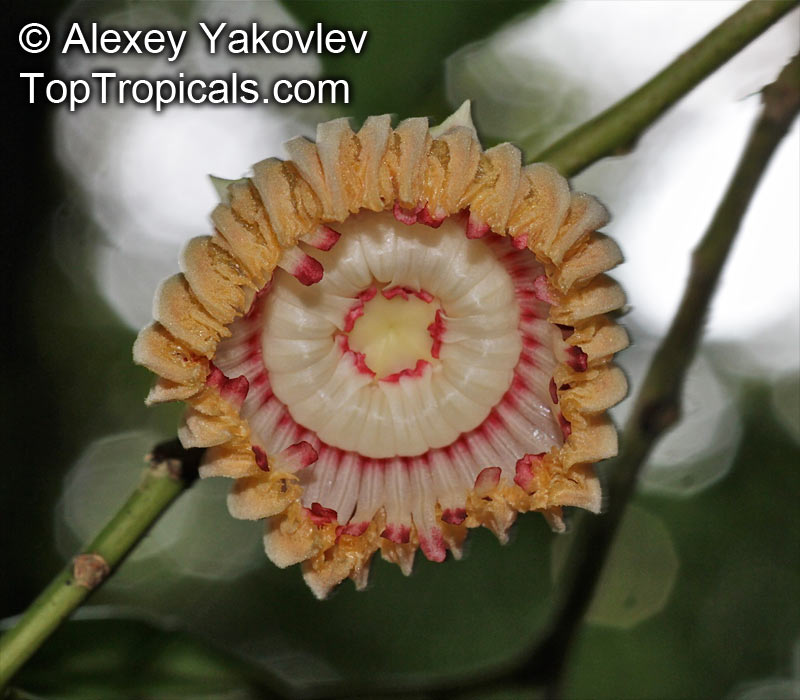 This small, slow growing evergreen tropical tree in the family Lecythidaceae grows to some 20 ft in height, with very dense, low-branching crown. The straight, cylindrical trunk is slightly fluted at the base. 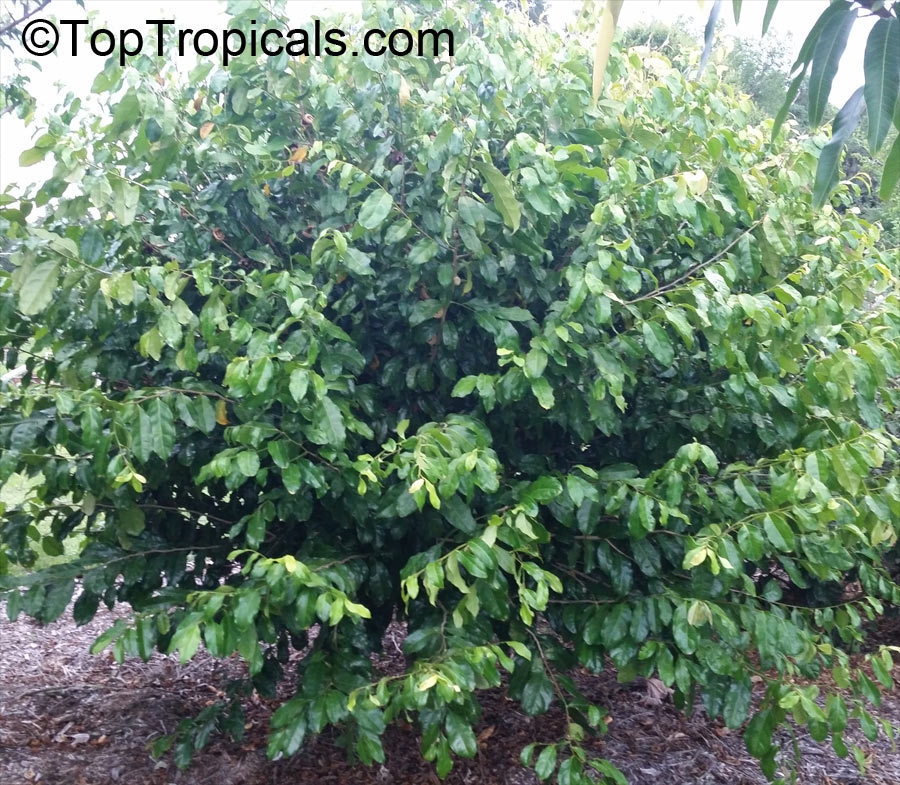 The showy flowers have two inner rows of petals and vary in color, usually creamy yellow along the circumference, with the center ranging from red to apricot to purple - they develop either on young branches or grow directly from the old wood of the trunk. The flowers are fragrant and smell like Butterscotch!
The fruit is a berry, dark orange or reddish-brown containing a kidney-shaped seed. These edible fruits are sometimes gathered from the wild for local use. 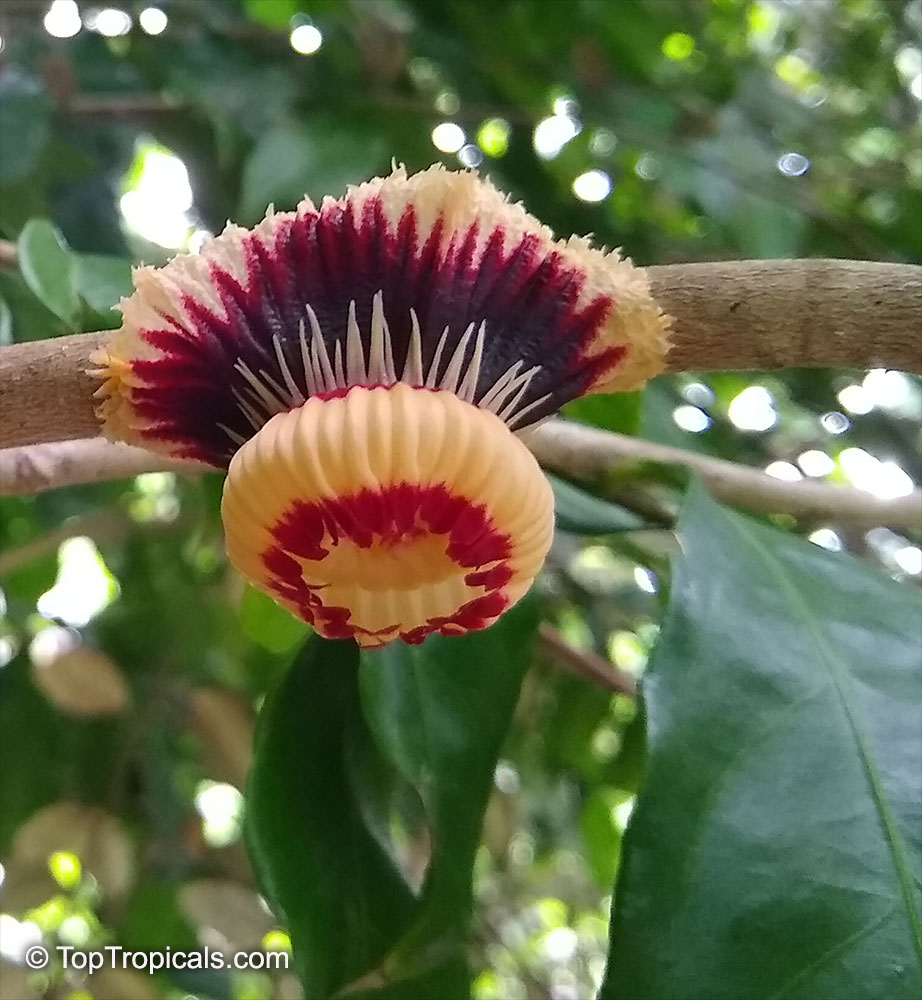 Culinary and medicinal use of Napoleonaea imperialis

The fruits sugary pulp is used as desserts, the twigs as traditional chew sticks.

The reniform reddish seeds of Napoleonaea imperialis constitute a false kola, which has a taste closely resembling that of true kola. The bark is used locally to flavor rice and to chew with cola nuts as a stimulant.

No doubt that the main value of the plant is its extraordinary beauty, and the understanding that it may become completely loss, increases its value many times over! This rare tree becomes very popular among plant collectors for its unusual flowers. Napoleonaea imperialis is mostly grown as greenhouse specimens by collectors, but can be used as landscaping ornamentals where conditions are suited. Growing conditions are simple: it prefers a position in dappled shade in a rich, moist, acid soil. And, of course, warm temperature. Being a tropical tree, Napoleana prefers frost-free climate. However, established trees are pretty hardy and can tolerate short periods of light freeze without sugnificant damage.

This tree is a perfect candidate for container culture du to its slow growth rate and compact nature.

To ensure flowering, fertilize this plant year round with a liquid fertilizer Sunshine Megaflor - Bloom Booster. 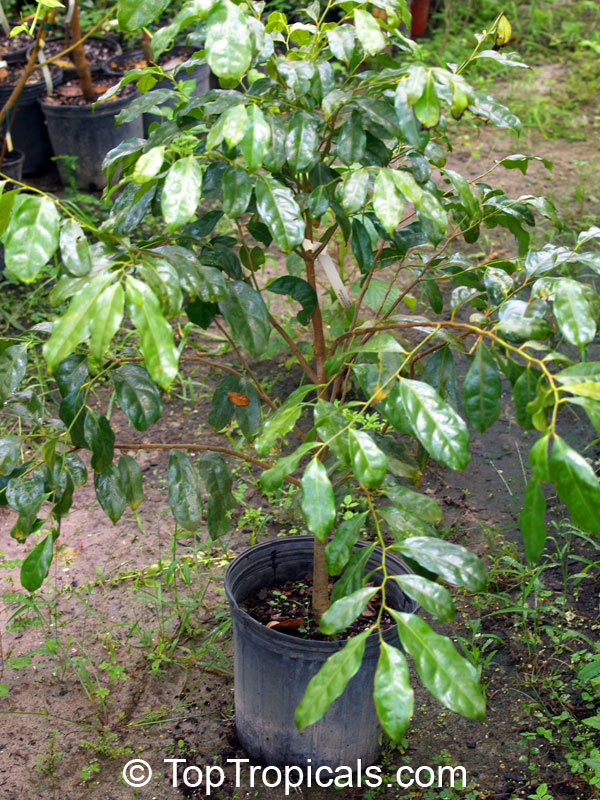 They say that the beauty will save the world. Well, maybe and these rare flowering trees can be saved from extinction thanks to their bright African beauty mixed with a sad note of an outgone era of the Napoleonic wars.

Hurry up to see Napoleon’s Hat in your own garden before it's too late! 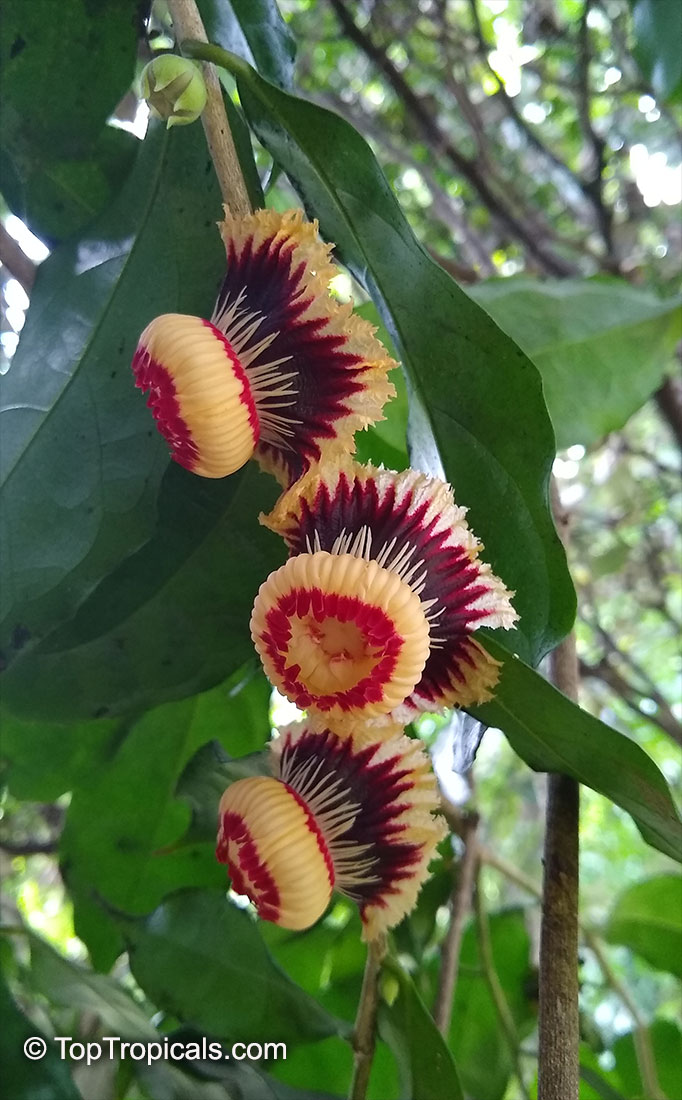