The first batch of Bat-Wing coral trees I ever grew was back in the 1980's.  I received those rare seeds from John Brudy who was on the Florida East coast when I was the horticulturist here in Ft. Myers at Thomas Edison's Winter Estate.  He used to distribute his little xeroxed seed catalogue upon request, and offered an amazing array really great, rare tropical plant seeds, much like the unusual and splendid plants we offer here at Top Tropicals. He was very old back then and now long gone. Unfortunately, only three or four of the many seeds I planted actually germinated and grew back then, and I ended-up distributing them to other adept plant people, except for the nicest one which I kept and planted at the Edison's Estate.  Even more unfortunate was that after being planted and thriving and growing to as tall as me, a crazed and inept groundskeeper somehow managed to allow gasoline to get dumped near it which caused a nearly immediate demise of the tree.  That incident broke my heart!  I had not attempted to locate and plant more seeds until recently.

So when I finally found and received more seeds about a year ago, I decided to soak them in a solution of Top Tropicals' excellent Sunshine solution before planting them, and the results were astounding.  At least 90 per cent of them germinated this time, which helped really make me a believer in the products effectiveness!  I am now doing this with virtually all the seeds I plant.

Now, the Bat-Wing Coral tree is likely my all-time favorite small growing flowering tree in existence.  There are not enough superlative adjectives I know to properly and adequately describe it.  Imagine closely packed long-lobed blue-green bat wings in groups of three on long thin stems which actually rather flutter in a breeze (there are tiny prickles on the edges of many of the leaves, but they are not "vicious" as some things can be).  In mid winter, if if gets too cold or dry, many of the leaves will temporarily fall (being basically semi-deciduous) which it does in it's native North Australian habitat.  By the way, even in its native homeland, the species remains uncommon, and most Australians have never even heard of it!  (Also, i believe that these are the only specimens currently available anywhere in the world).  Then, during this winter period they develop stunning clusters of brilliant vermilion pea-shaped flowers similar to most Erythrina species.  That being said, it is a SHOWSTOPPER!

This species is decidedly small growing and apparently grows well where other semi-tropical trees will, as-long-as it doesn't experience prolonged freezing temperatures.  However they grow from very thick, almost tuberous roots and would likely re-sprout readily from the roots if hit by more cold than the branches could deal with.  I know it is also amenable to permanent pot culture, and can easily be kept trimmed should it grow a bit too large. They do want good drainage however.

In all, i am very happy with the beautiful specimens I have grown, and am looking forward to finally sharing them with others!
It is the first time Top Tropicals has ever offered them... I rate this species a full 10!!! 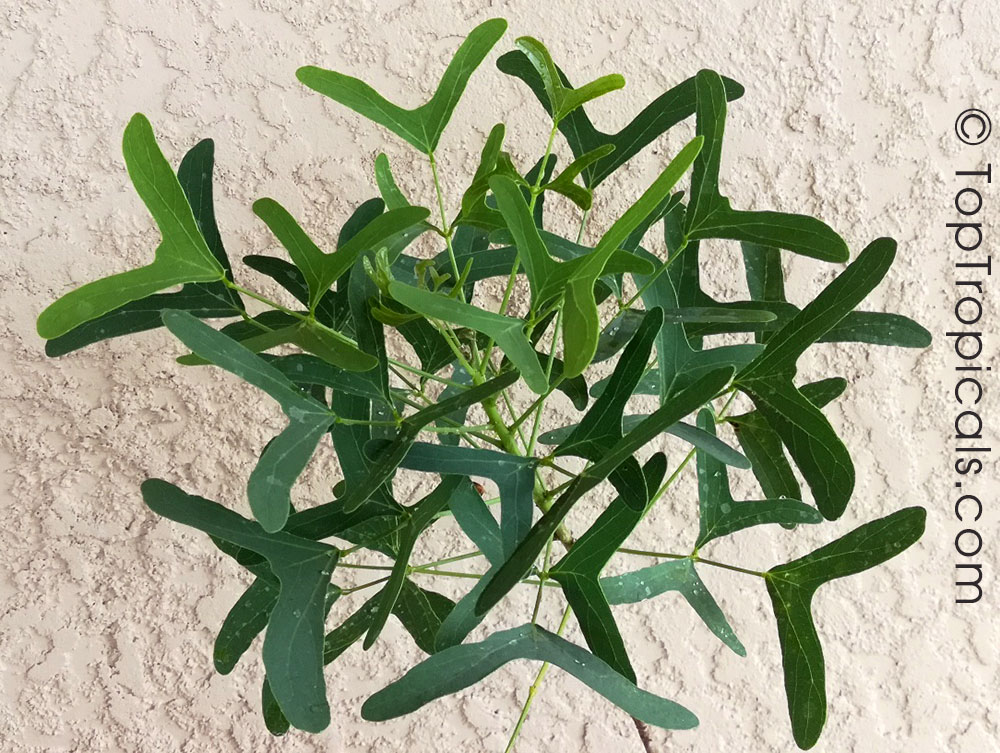 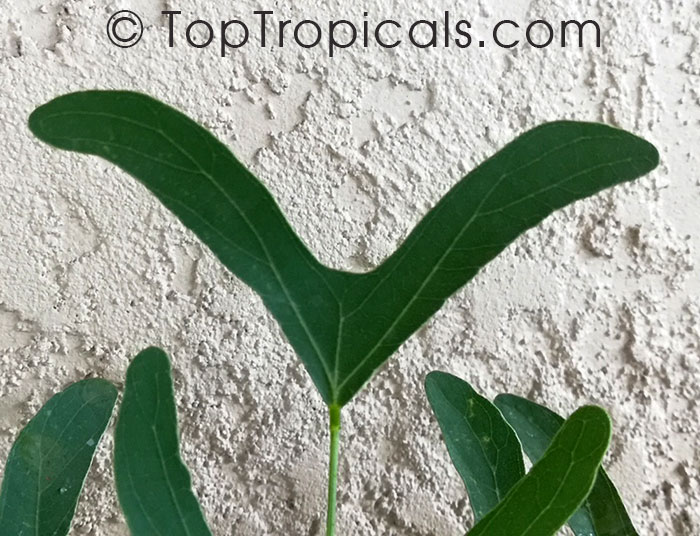 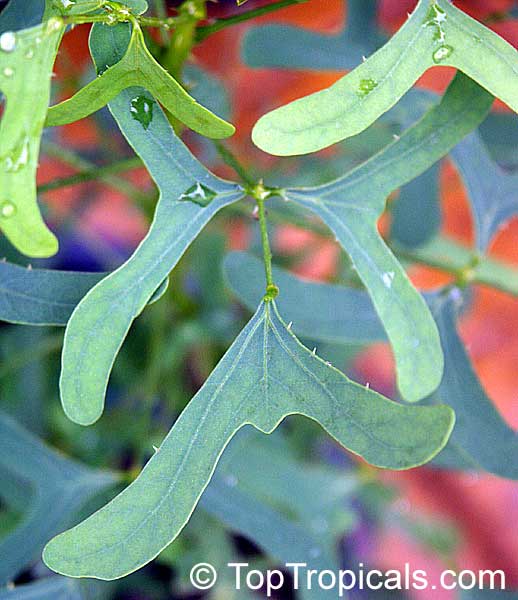