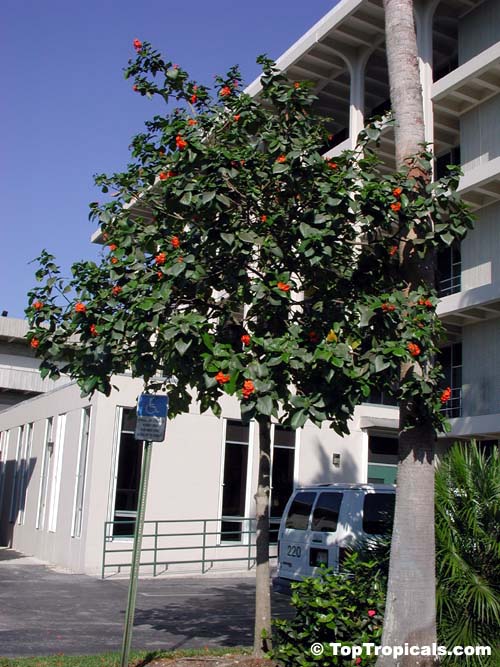 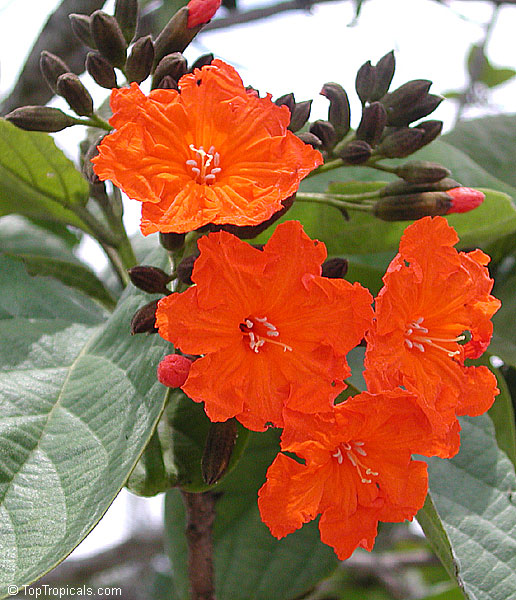 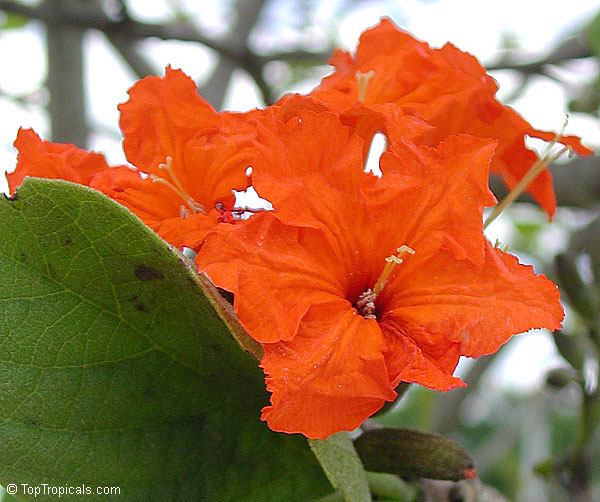 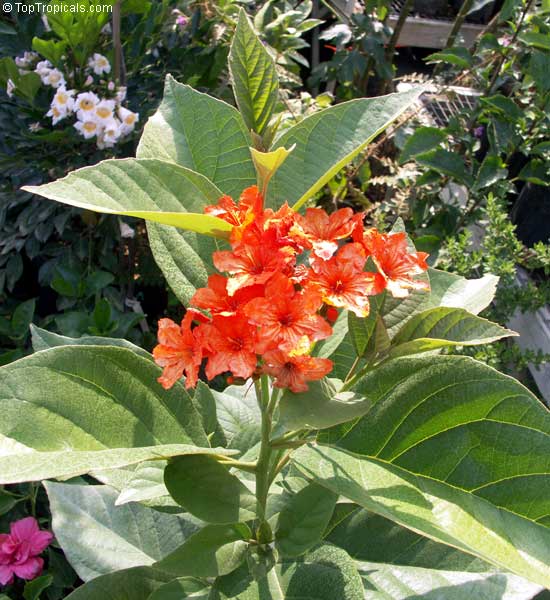 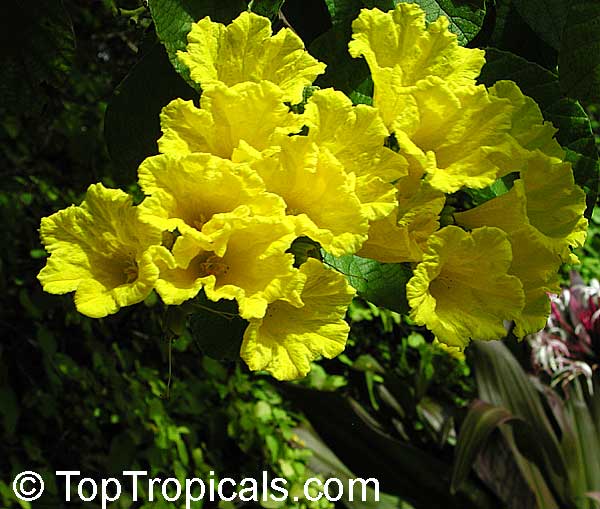 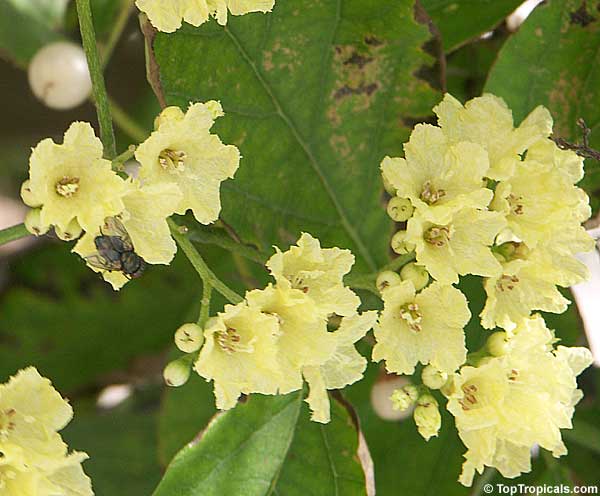 There are many indigenous Cordias in the tropical world, but the loveliest of them Cordia sebestena has its home in Cuba and was imported to other tropical countries many years ago because of its ornamental value.

The derivation of the name sebestena is rather involved. It means having fruit like Sebestens, which word is derived from the Persian Sapistan and is the name of an allied species grown round the town of Sebesta. The name Cordia honours Valerius Cordus, a German botanist of the 16th Century.

Scarlet Cordia as a small tree or garden shrub, but in its home forests it reaches 40 or 50 feet. Small or tall, it always has a short crooked trunk, wide in comparison with the height. The bark is brown and ridged.
Practically throughout the year the clusters of brilliant, bell-like flowers, scattered amongst the deep foliage, gladden our eyes with their rich hue - a clear, true scarlet. Each blossom is about 2 inches across. A finely pleated tube is inserted neatly into a long olive-brown, felt calyx. The tube opens out into six rounded petals, deeply crinkled and pleated. Up to a dozen blooms may be found in one close cluster.

The fruit is distinctive - a pure white drupe, enclosed in the remains of the calyx.
Both to look at and to touch, the leaves are unusual. They are large ovals, blunt at the apex and very deeply indented by the veins which, on the under side, form hard ridges. The color is dark green, especially dark in older leaves and the texture as harsh as sandpaper. Even young leaves, although limp, are rough.

C. myxa, Lasora and Bhokar in Hindi, produces attractively fragrant, white flowers in March and April. This is the flower which was formerly known among medical writers as the Sebesten. It is a fair-sized, deciduous tree with rough, grey or brown bark, and harsh, leathery, oval leaves. The flowers lie in a cup-shaped calyx and have five curling, white petals, revealing the long stamens. The fruit is like a pale cherry and develops in stalked clusters. The nut is edible and tastes like a filbert and the pulp, which has a disagreeable smell, is transparent and viscid and employed as bird lime. Both parts of the fruit have medicinal qualities. The wood, despite its softness, is strong and durable and is said to be one of the timbers used to make Egyptian Mummy cases. It is also one of the better woods for the purpose of procuring fire by friction.

Cordias are great landscape trees and will fit in a small yard or even patio as a potted plant. It's a nice bright accent to your garden! 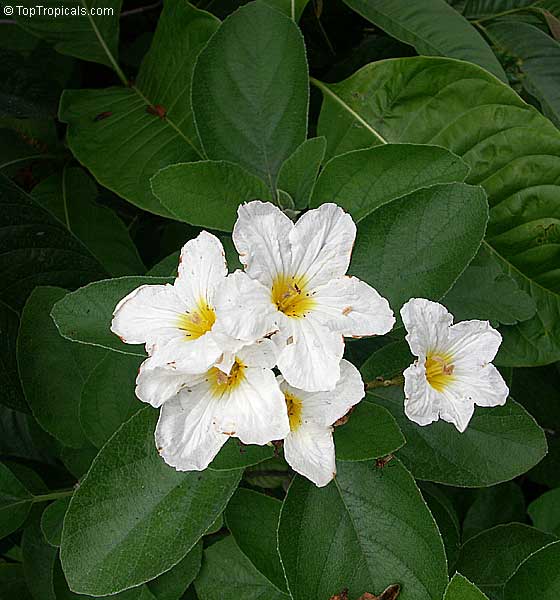 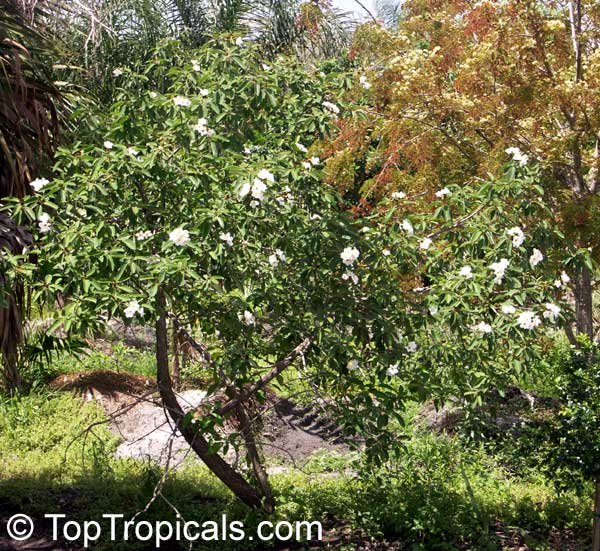 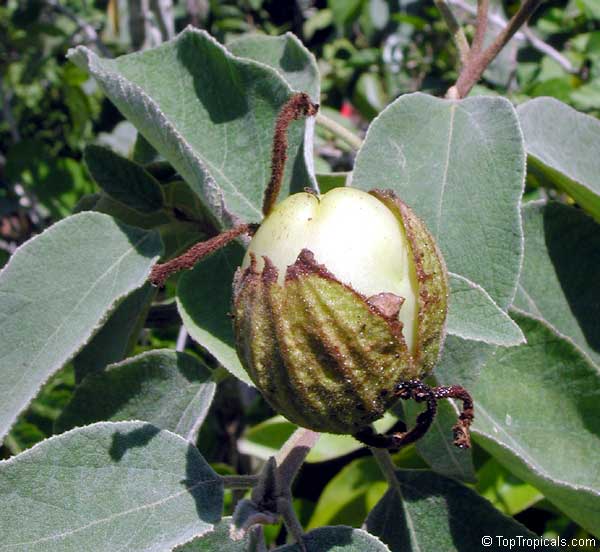 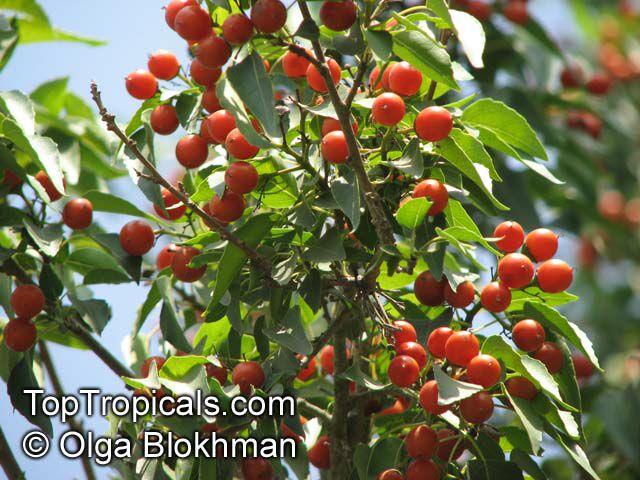