Araucaria: A Case of Mistaken Identity

There is a particular kind of tall narrow tree, commonly seen planted in yards all over the Florida peninsula... They perhaps resemble Northern spruces or firs, and basically everyone knows them as "Norfolk Island Pines". Anyone who either lives or has even visited here has seen many of them. Their silhouettes randomly accent our suburban landscapes. However, they are in no way actually pines, and are of a much more ancient lineage. Their ancestors appeared very long ago in an extremely ancient time in Earth's history, the Triassic Period. That was between 200 and 250 million years ago, when dinosaurs were just beginning to dominate the landmasses. In fact, the bulk of the famous fossil trees in the Petrified Forest National Park in Northeast Arizona belong to this group of trees. 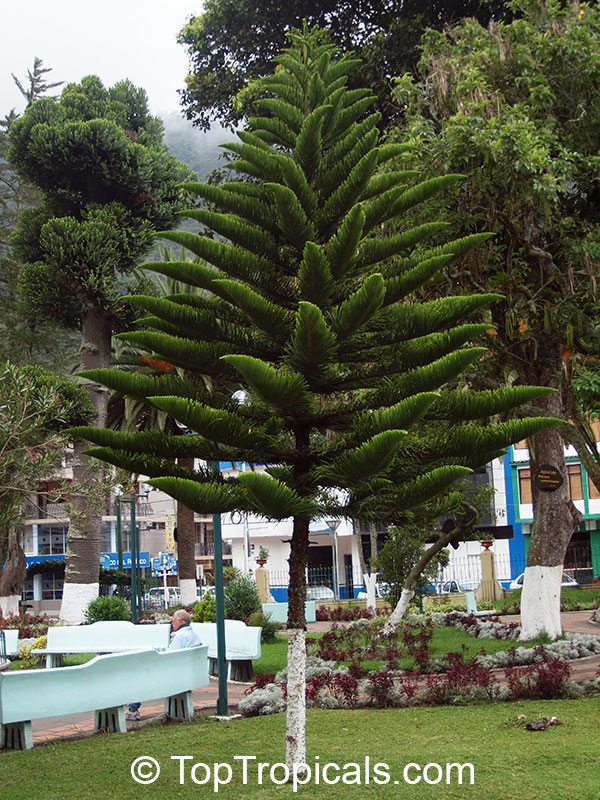 This group or genus (called Araucaria, family Araucariaceae) used to contain a long list of species now known only from the fossil record, and only 20 species are known to exist today. However, one kind is commonly grown throughout the world as both a street tree and houseplant, and are casually called Norfolk Island Pines. As I mentioned, they are all over Florida. Or are they?

For many years, I also did not question their identity. Not only are they planted very commonly here in Florida, but are also found for sale, often as potted "Christmas Trees" in every major nursery, big box store, and often grocery stores across the country. They are all sold as Norfolk Island Pines. Basically everyone knows them under that name. However, they are NOT!!! What we have all been calling Norfolk Island Pines are actually a different species called "Cook's Pine". Although certainly related, they are definitely not the same.

Both species were discovered by Captain Cook as he explored the south Pacific region in the mid 1770s, during the same voyage. However, they are found on very different isolated islands. (BTW, both of these islands are somewhere around 1500 miles away from the coast of Eastern Australia, and are in the middle of nowhere). The real Norfolk Island Pine (Araucaria heterophylla), as the name suggests, is found native to only Norfolk Island, while the imposter we Floridians know under that name is really the other species, called Cook's Pine (Araucaria columnaris), which is endemic to New Caledonia, about 577 miles distant.

These two species can easily be distinguished at a distance, because their branching habits are very different. The Cook's Pine seen in Florida has a very dense, almost bottle-brush-like appearance, and interestingly are ALWAYS leaning to one side, typically generally toward the North, at-least here in Florida.

However, the true Norfolk develops its branches in separated whorls with distinct spaces between them, and typically grows straight-up. They present a much more "formal" appearance. While I have never seen a true Norfolk in Florida, I believe there must be some here, hidden behind other things. I've been told by knowledgeable friends that they are, for what ever reason abundant around Galveston, Texas, and I'm pretty sure I've seen them in California in the vicinity of Oceanside and Newport Beach. 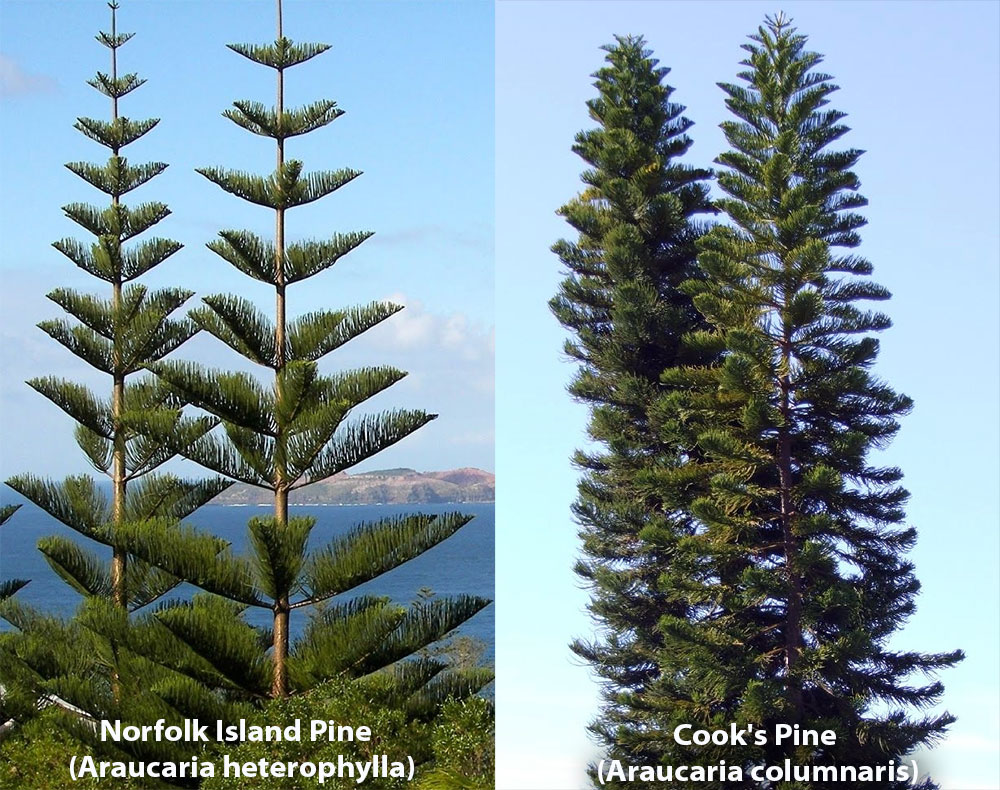 If any one of our readers has images of real Norfolks, I'd love to see them! Please send us any images you might have, and kindly mention the general region where they are growing. They would make great additions to Top Tropicals informational website!

A Note from the Editor:
So... why after all do we have so many of these Christmas Pines in subtropical Florida? The answer is simple: who has a heart to throw away a LIVE Christmas tree purchased in a pot for one-Christmas use only? So, we plant them in the ground once they overgrow the pot! And years later, we see them falling on the roofs from hurricanes... However, considerate homeowners top them down so you can see some "weirdo" pine Dwarfies is Florida! 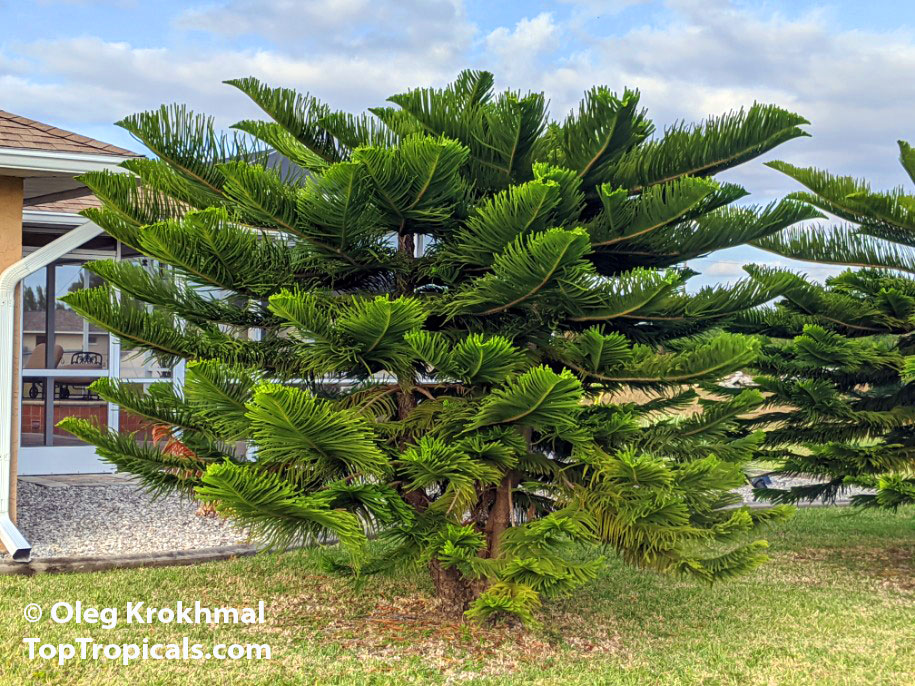