Plants of Love: Aphrodisiacs of the plant world 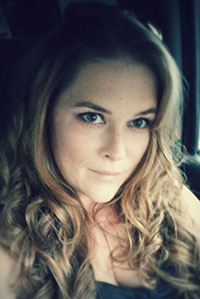 An Aphrodisiac is a substance that increases libido when consumed.
The word aphrodisiac comes from Aphrodite, the Greek goddess of love, beauty, pleasure and procreation.
We already know that certain foods can be aphrodisiacs, but did you know that there are many plants known to be aphrodisiacs as well?
Many of these plants can be grown in your own back yard and, of course, these plants arem all available at TopTropicals.com.

Theobroma Cacao, better known as the chocolate tree, is used to produce chocolate. Chocolate contains a neurochemical known as the “love molecule” that induces feelings of infatuation. Aztecs considered chocolate to be a “food of the gods”. Roasted beans were ground and mixed with water, vanilla, cayenne pepper, and sweetened with honey and this mixture was drunk to increase libido. The chocolate tree can be kept at around 15 feet and can be grown in sun to part shade. There are two varieties, red and yellow. This is a cold sensitive tree and can only stand temperatures down to 50 degrees for a few hours. If you are in colder regions the tree can be grown in a pot and brought inside for colder months.

Another popular plant that has aphrodisiac properties is Coffea arabica. This plant is better known as coffee. Coffee beans are roasted and mixed in cardamom, water and honey. This beverage was sacred to African Sufis for it's libido increasing abilities. The coffee plant prefers filtered light and can be pruned and kept at five feet, making it a great house plant. The coffee plant produces white flowers in the Spring that smells of lemon soap.

Cola nitida has long been used in Africa as a “love magic”. The seeds of this tree are chewed fresh to release this potent aphrodisiac. Cola nitida can become a large tree with leaves becoming as long as ten inches, making this a wonderful shade tree. They prefer full sun and regular watering. The cola nut is a cold sensitive tree and can not tolerate temperatures below 55 degrees.

Vanilla planifolia is actually the orchid used to produce vanilla beans. Vanilla beans are 6-12 inches long and were usually mixed with Cocoa for a remedy for impotence. In the right conditions this orchid can reach 100 feet. Vanilla orchids prefer filtered light and are happy growing in a hanging basket, making this plant a great house plant as well as a wonderful conversation piece.

The word avocado, which comes from the Aztec language, actually means testicle. Almost all parts of this tree are used in homeopathic medicine. The fruits are said to convey vigor and sexual interest to the person consuming it. Eating just one avocado a week can help with circulatory functions and is great for the skin. There are over 500 varieties of avocado being grown today. The Avocado tree can reach up to 30 feet. These trees love full sun and well draining soil. With so many different types of avocados it is actually possible to have avocados all year. Imagine being able to have avocados all year without the grocery store pricing!

The fruit said to be a symbol of the goddess of love herself is known to us as Punica granatum, more commonly called pomegranate. There are hundreds of varieties of pomegranate world wide, however only around 14 of them are available in the United States. It is said that drinking pomegranate juice will increase your sex drive and enable women to become pregnant. According to a study done at Michigan Medical School, pomegranate oil can actually regenerate and strengthen skin against damage. Talk about the fountain of youth!

Discovered by the Portuguese in 1518, Cinnamomum zeylanicum has been used in many stimulating oils. Cinnamon is also said to help with impotence and sexual fatigue in men. Some other great benefits of cinnamon are its anti-cancer, antiviral and antibiotic properties. The cinnamon tree can be kept as a small bush or a medium size tree at 10-20 feet. These plants are flood tolerant and love the full sun.

One of the most rare trees in cultivation, Butea monosperma, is used to manage many male sexual disorders. The bark of this tree is said to cure erectile dysfunction, increase sperm production and decrease defective sperm. Butea monosperma, or flame of the forest, has clusters of flame orange flowers that appear from February to April. You can keep this tree as a bonsai or if planted in the ground can become 20-40 feet.

These are only a few of the plants that are aphrodisiacs. With all the plants available, imagine the possibilities for your home garden.

With a little research, you can grow your own aphrodisiac garden! That is truly a way to Grow Happiness! Ayahuasca, Banisteriopsis caapi - giant liana, tropical Amazon forests. Promotes potency, psychedelic, ritual inebriant, use decoctions made from liana. Psychodelic drink is made from the bark and is taken in group rituals full of sex in order to revive the mythical past of the tribe. Nescafe Mucuna pruriens - it is one of the premier rejuvenating herbs for men and women, having a highly esteemed reputation as a powerful aphrodisiac. It is used to enhance sexual potency and as a tonic herb to reverse the aging process. Seed also shows fertility promoting and spermatogenic effects in men, improving sperm count and motility. Cup of Gold, Solandra grandiflora - Central and South America - stimulant, inebriant, scent of flowers for perfume or leaves and flowers made into tea. An overdose can lead to death from excessive sexual drive. Ginger, Zingiber officinale - stimulant, rootstock eaten or made into tea. Has hot qualities, brings fire into the body. Betel Nut, Areca catechu - strong stimulant, betel seeds eaten, they contain alkaloids that have stimulating effect, on the entire body and eros. Toxic to intestinal parasites. It’s a traditional aphrodosiac in Ayurvedic medicine and is counted among the eight types of plesure in the Brahmanic tradition. It has magical and religious properties and used as an offering to the Gods.